Monterey celebrates the ‘Spirit of 1000 Miglia’

The 1000 Miglia srl launched the “Spirit of 1000 Miglia” awards during the Monterey Car Week in California.  The awards were presented throughout the week to owners of the types of cars that took part in the original race from 1927 to 1957 and exemplify the racing “Spirt of 1000 Miglia.”  Each of the medallions is numbered and registered in the 1000 Miglia archives along with important details of the vehicle.

Below are the details of the first thirteen “Spirit of 1000 Miglia” awards presented by Alberto Piantoni, CEO and Francesca Parolin, Director Generale of the 1000 Miglia srl: 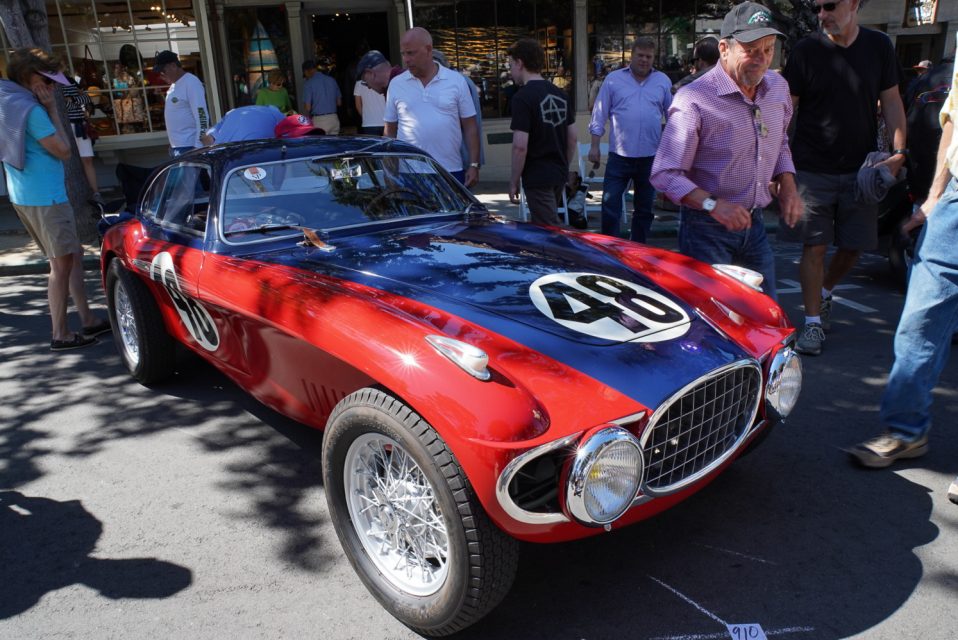 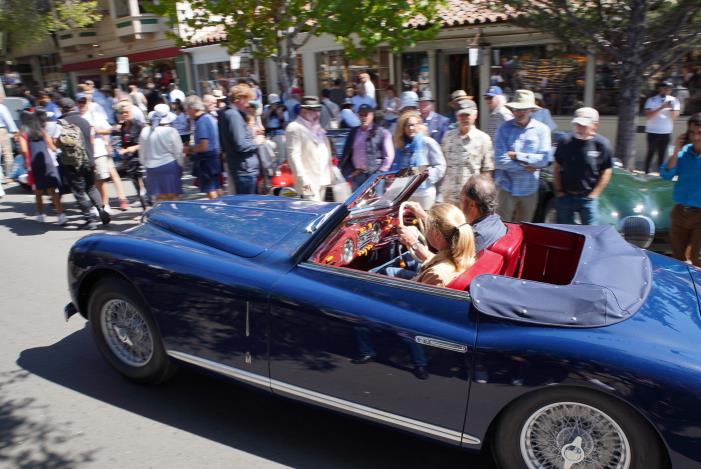 No. 2
1949 Alfa Romeo 6C 2500 Cabriolet owned by Leo and Lisa Schigiel.  This previous best of show winning car is the short wheelbase version of the Alfa Romeo 2.5-liter cabriolet with body and jewel-like interior designed by Pinin Farina. 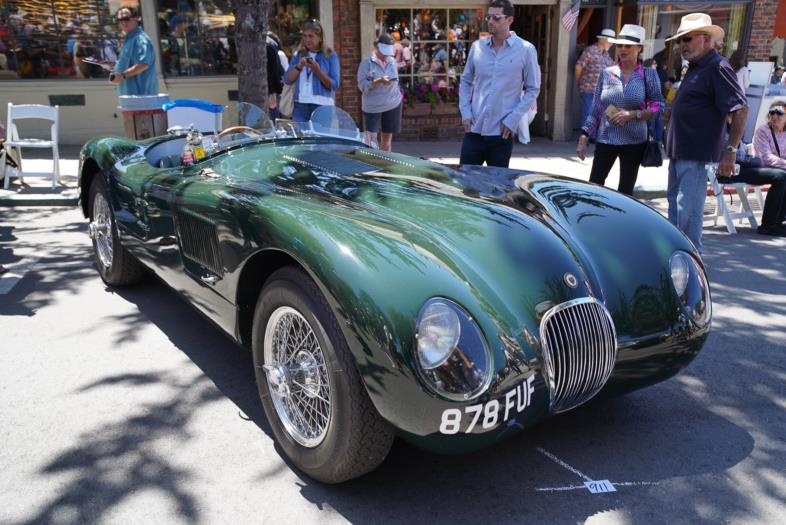 No. 3
1952 Jaguar C-Type owned by Fred Bolander.  This race car was sold new in the USA where it was raced by a number of drivers including World Champion Phil Hill in his victory at the 1953 Lone Star 200 race.

No. 4
1954 Siata 200 CS Balbo Coupé owned by Walter Eisenstark.  This very rare Italian car has been in the Eisenstark family since 1959. It is shown here in the original blue color that was recently found during restoration. 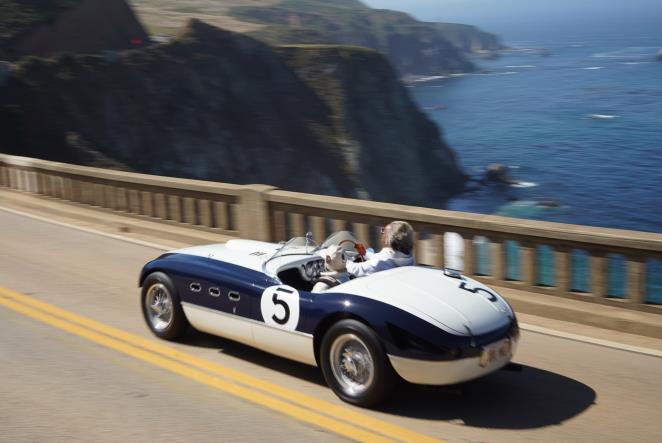 No. 5
1953 Ferrari 340 MM Spyder Vignale owned by Michael and Katharina Leventhal. This fabulous Ferrari is the sister car to the 1953 1000 Miglia winner driven by Marzotto and Crosara.  It features American racing colors (white with blue) and was raced in the U.S. by Bill Spear in 1953 and 1954. 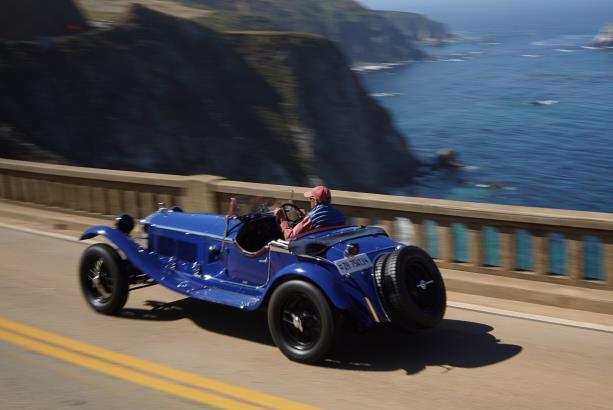 This car was driven in the 2017 1000 Miglia by Paul Gould and Bill Warner, Chairman of the Amelia Island Coucours.  The car was on hand as part of the Zagato Cento (100th anniversary) special celebration.

This elegant and sports car features beautiful coachwork by Zagato and was also on hand as part of the Zagato Cento(100th anniversary) special celebration.

This car is a 2-liter V8 (or Otto Vu) Fiat bodied by Zagato.  The aerodynamic shape and lightweight aluminum coachwork were hallmarks of the Zagato gran tour style. 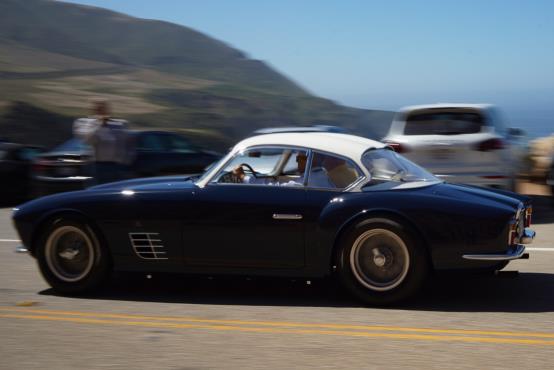 This car is one of just five Ferrari 250s bodied by Zagato and perhaps most beautiful GT cars of the 1950s.

This car is a rare Zagato bodied version close to the original Fiat.  The 8V Elaboratas where the first Zagato coupés to feature the signature double bubble roofline to increase headroom. 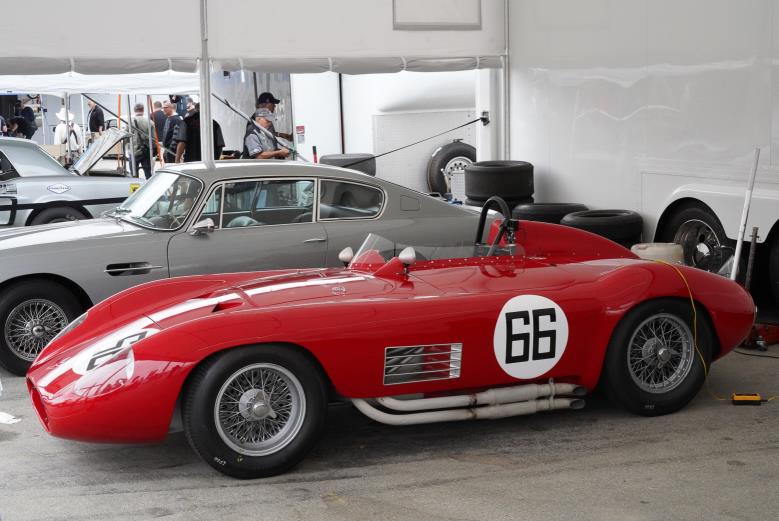 This car started life as a Maserati factory team car raced by Joachim Bonnier and Francisco Godia Sales in the 1956 Swedish Grand Prix. 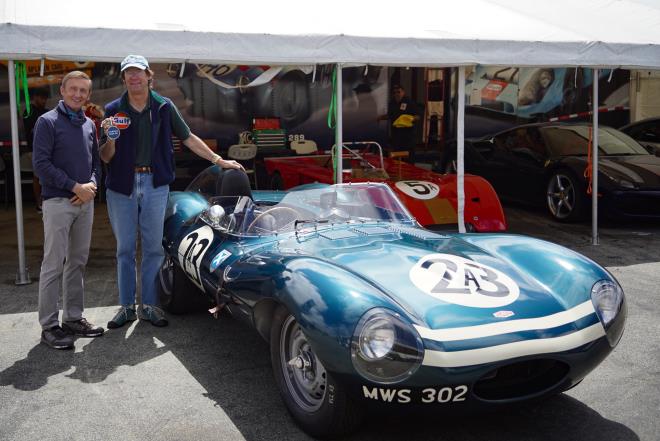 This car was part of the famed Scottish Ecurie Ecosse team.  Jaguar C-Types were amazing advanced for their time and were driven to victory in the 1955, 1956 and 1957 Le Mans 24-hours races. 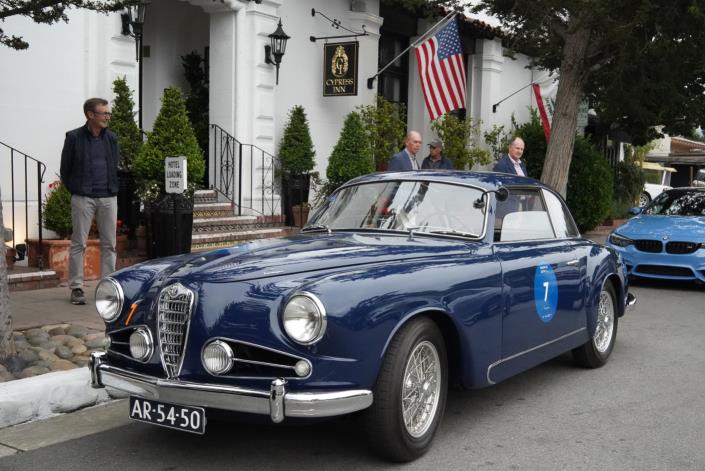 This car is an example of the lightweight superleggera coachwork by Touring on the Alfa Romeo 1900.  This car was a participant in the 2018 1000 Miglia Warm Up USA.

Director Generale, Francesca Parolin concluded by saying “It’s a real honor for us at the 1000 Miglia organization to recognize these cars as works or automotive works of art that express the Spirt of 1000 Miglia which is one of the worlds largest motoring events and has been called – the most beautiful race in the world.”

Alberto Piantoni, CEO of the 1000 Miglia srl commented, “The awards are a great way for us to celebrate with owners the unique cars of the 1000 Miglia when and where we see them – whether on the street, in the paddock or on the show field.  We look forward to continuing the awards program at many other events we attend around the world. The 2019 Monterey Car Week was a truly fantastic start with first thirteen vehicles we selected.”

Our Website uses cookies to improve your experience. Please visit our Monterey celebrates the ‘Spirit of 1000 Miglia’ page for more information about cookies and how we use them.