The Historic Marathon Rally Group brought together almost 20 survivors of the 1970 Daily Mirror World Cup Rally at the British Motor Museum in Gaydon on May 1st. From the fanfare of almost 100 starters from Wembley Stadium on 19th April 1970, this gathering was almost as many as the 26 classified finishers at the Aztec Stadium in Mexico City on May 27th. 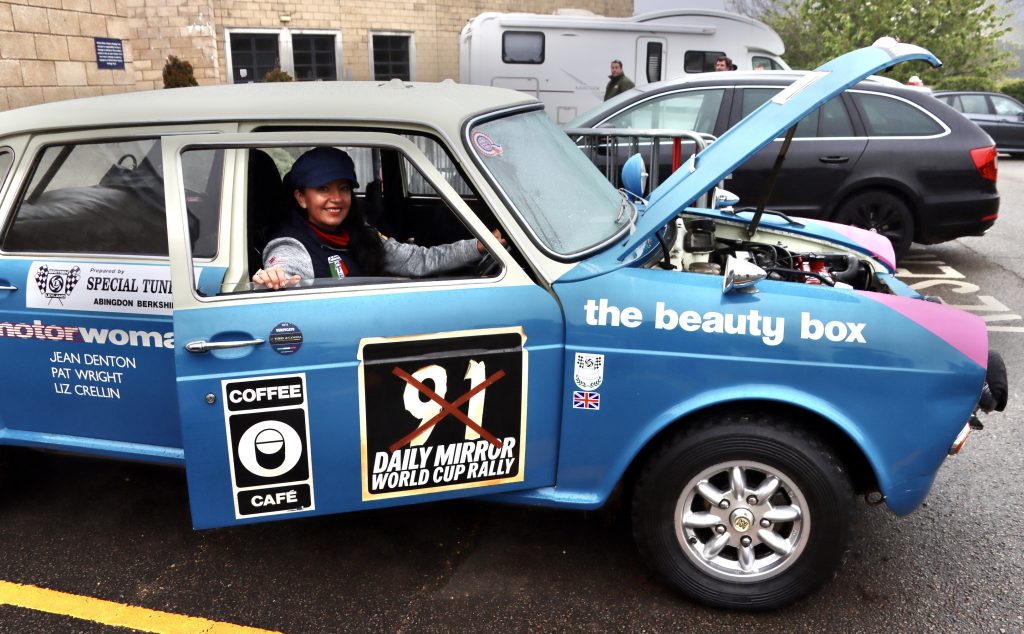 As a proud Mexican I was very grateful to Patrick Walker who made sure that I got to sit in some really significant cars, including the Hannu Mikkola/Gunnar Palm’s winning Ford Escort that inspired the production Ford Escort Mexico that launched so many rally and race careers. Andrew Cowan/Brian Coyle/Udario Ossio’s Triumph 2.5PI was an interesting contrast to the winning Escort, a much bigger, heavier car with a crew of three that ended it’s Rally in a ravine in Argentina. Cowan left the road while overtaking ‘The Beauty Box’ a BLMC 1800 crewed by Jean Denton/Liz Crelin/Pat Wright that was also at the celebration. 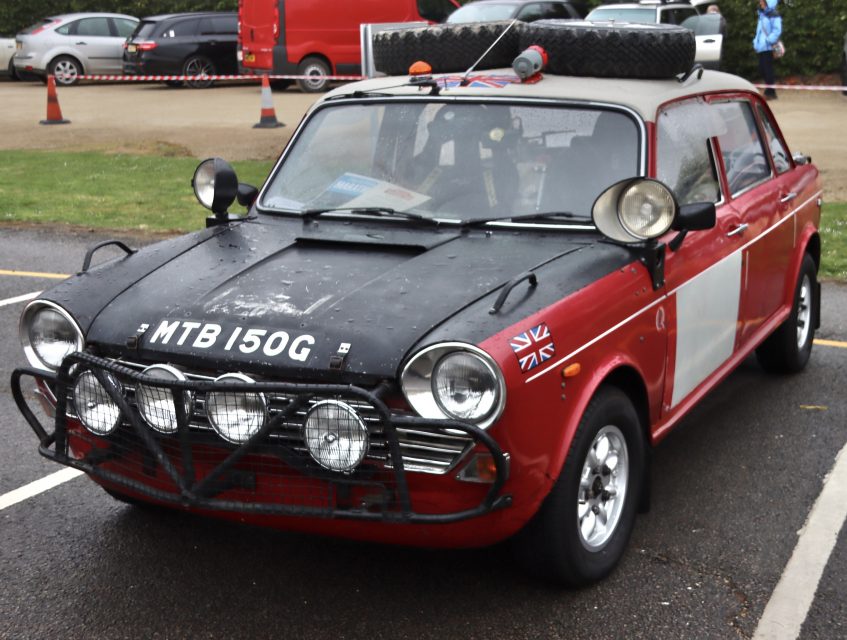 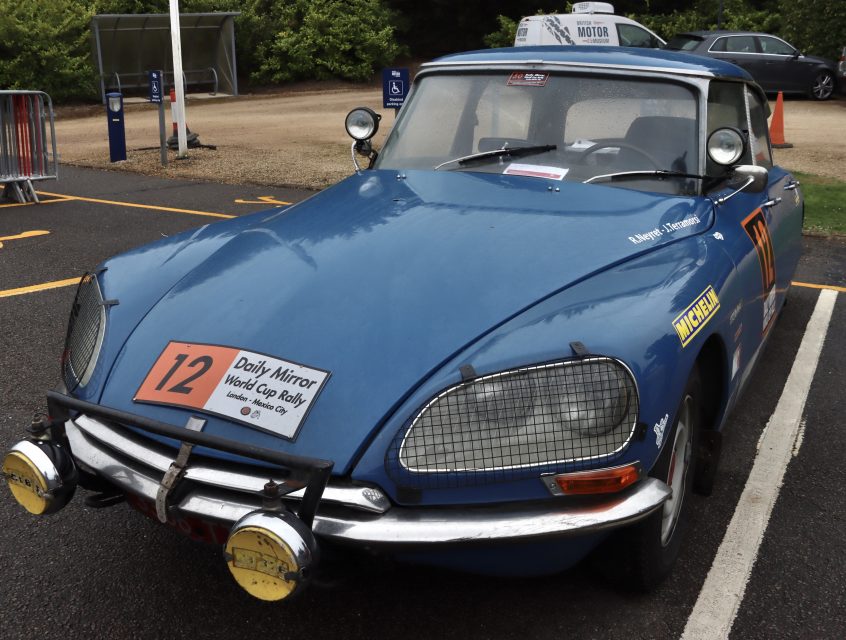 Weight was a major factor with all the high altitude stages in Latin America and two or three crew members was critical in that respect. Ford Team Manager Stuart Turner had been running things at BMC when they entered the London to Sydney Marathon and was in no-doubt that lightness and two-person crews was what was required for London to Mexico. To save weight the works Escorts had foam filled wheel arches as well as individual rear lights rather then production units and were powered by a 1750cc pushrod engine, the twincam have proved too fragile on the the London to Sydney Marathon. BLMC under Peter Browning entered all three-person crews with the exception of the Mini 1275GT ‘hare’ for John Handley/Paul Easter that was not expected to get past Lisbon (and expired in Italy) and Brian Culcheth/Johnstone Syer in one of the big Triumphs who eventually finished second. 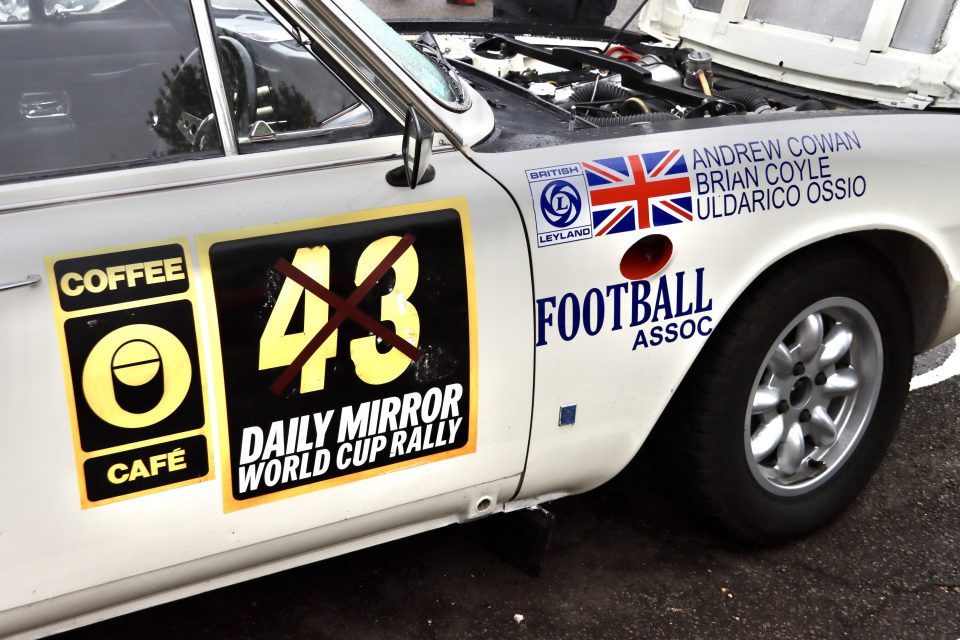 Culcheth was among the London to Mexico legends who gave entertaining talks in the Conference Centre and I was inspired by Claudine Trautmann who reached Buenaventura but not Mexico City with Colette Perrier in a Citroen DS21. She confided in me that the rather innocent sounding 1974 London to Munich World Cup Rally was actually even tougher – because it crossed the Sahara twice! 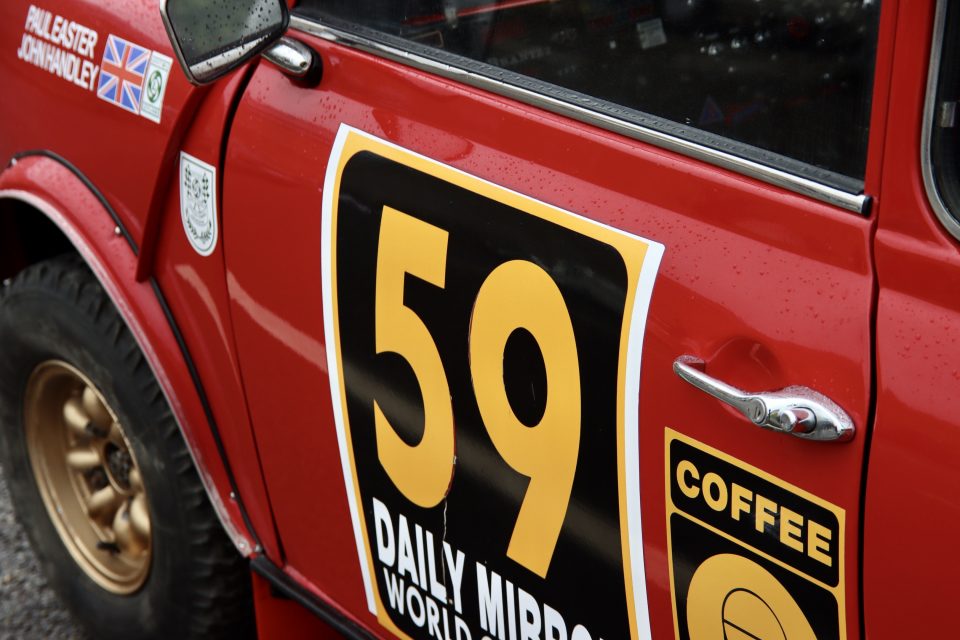 Hearing about events like the World Cup Rally always remind me just how pioneering things were in the 1950s, 60s and 70s. Compared to these days of cookie cutter formats for events, organisers in those days just kept breaking the mould.