A Grand Day Out – on the Race Retro Rally Stage 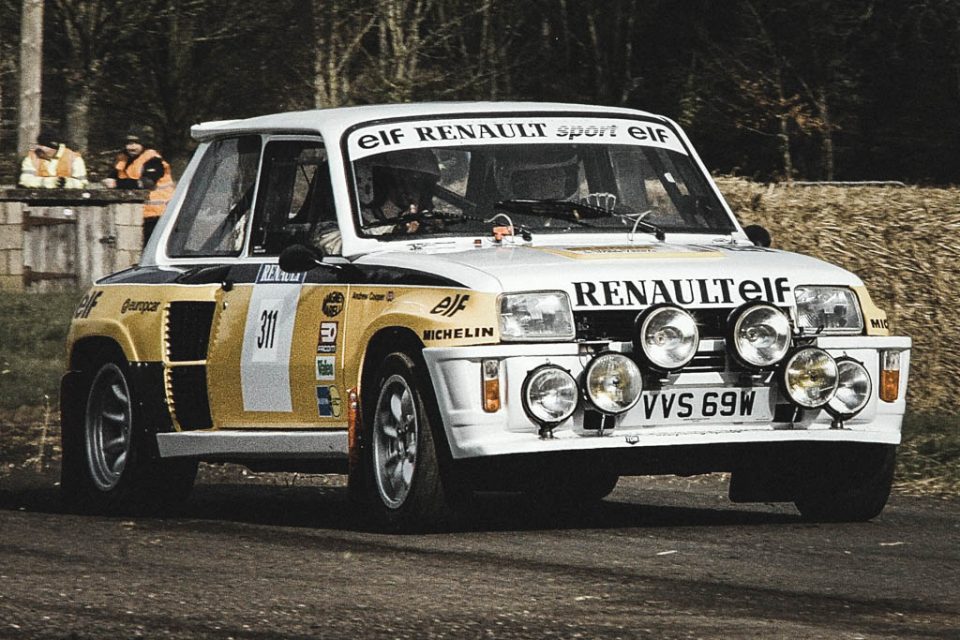 The live rally stage run by Rallying With Group B is the best part of Race Retro for many rally fans who love the opportunity to see so many cars they have watched since the 60s in action.  Minis, Escorts, Chevettes, Dolomites, Sierras and Subarus driven in anger by owners and some guest ‘pros’. This year drivers and spectators had two stages to choose from, both with mainly straights into 90 left or rights to encourage oversteer slides with a few chicanes to slow things down. 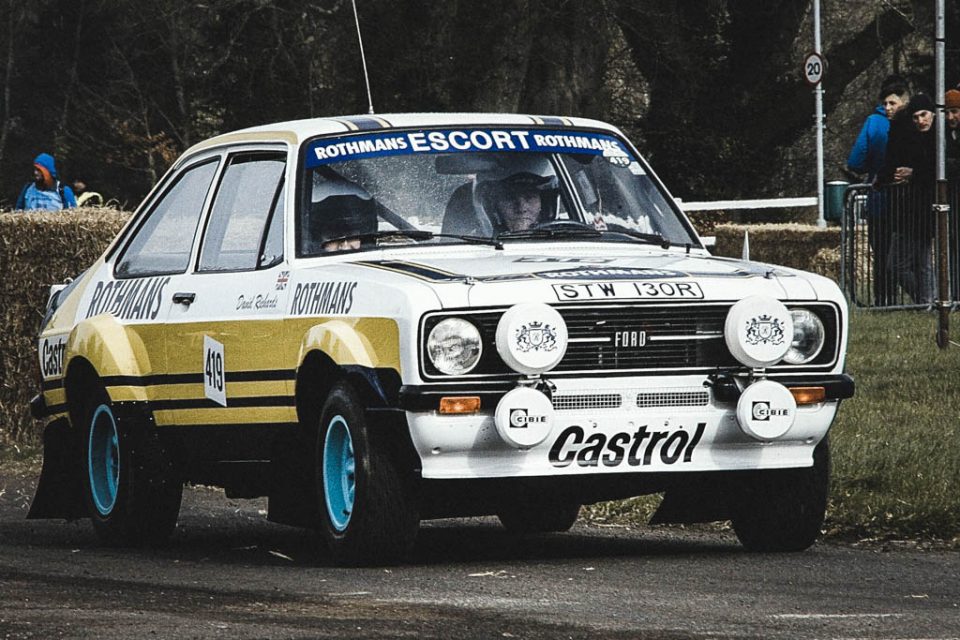 Rallying With Group B also does a great job of tempting owners of some legendary Group B machinery out to play and this year there were multiple Opel Mantas as well as Renault 5 Turbos and the rare appearance of a Peugeot 205 T16.  Additional variety came in the form of the all female Austin Maxi and ‘Beauty Box’ Landcrab from the 1970 London to Mexico World Cup Rally, a Triumph 2500S and two Group 4 Ferrari 308GTBs , There was also an opportunity to see the latest TEG Sport ‘Skodaru’ (a Subaru engined R5 Skoda Fabia) driven by rising star Chris Ingram, Merion Evans’ VW Polo R5 and Ian Gwynne’s R5 Fiesta. 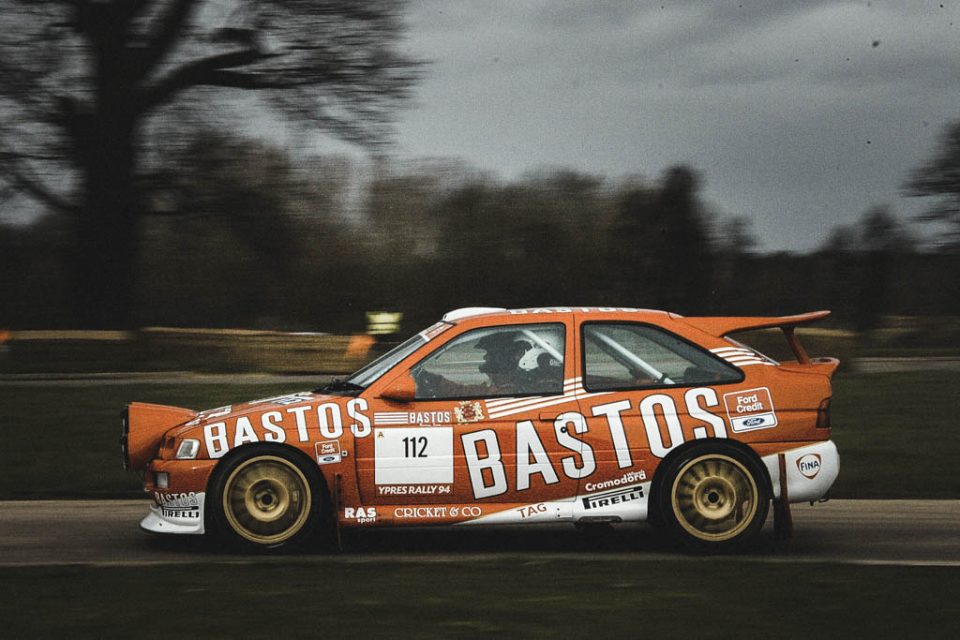 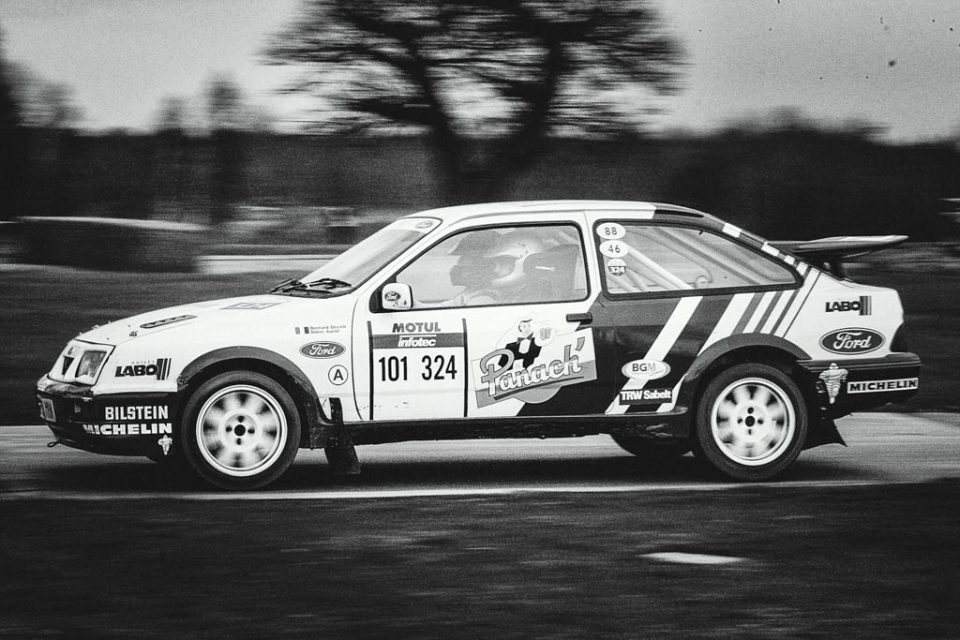 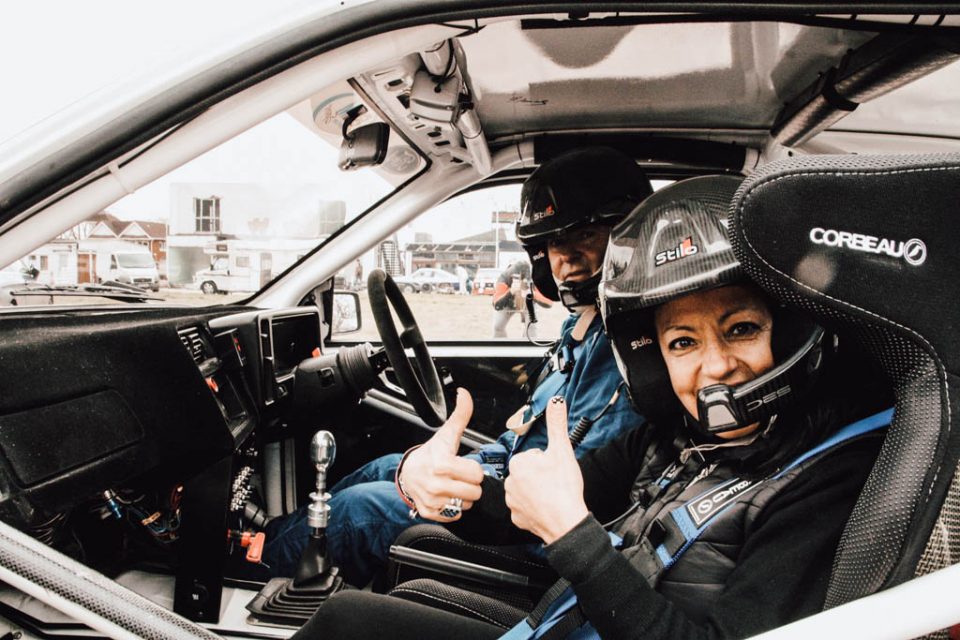 I’d been invited along by 2007 BTRDA Gold Star Champion Will Nichols for a passenger ride in his Group A Ford Sierra Cosworth.  The recently built car is in same colours as Didier Auriol’s 1988 Tour de Corse winning car, the Sierra Cosworth’s only WRC win.  Auriol was also at Race Retro to drive the car and had ‘tapped’ a hay bail during his first outing due to the lack of grip and being a bit unfamiliar with right-hand drive. 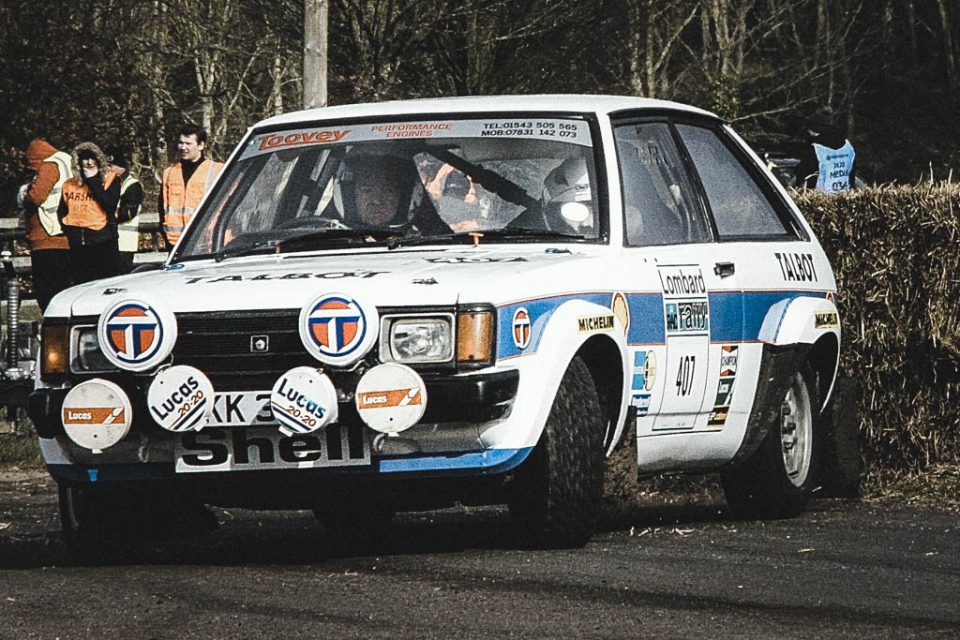 Will warned me that grip was low and sure enough there was plenty of wheel spin when the flag dropped, but the grip under braking was impressive and Will’s skilful use of the throttle and handbrake achieved the perfect amount of rotation.  Acceleration was as rapid as you would expect from an 80s turbo rallycar with a sequential gearbox, with ‘short’ changes keeping the engine at maximum torque. Watching Auriol in action in the car in the afternoon he was using noticeably more revs and visibly provoking the car to entertain the crowds.

Many thanks to Will for the Golden opportunity to experience one of the most spectacular rally cars of the late 80s. 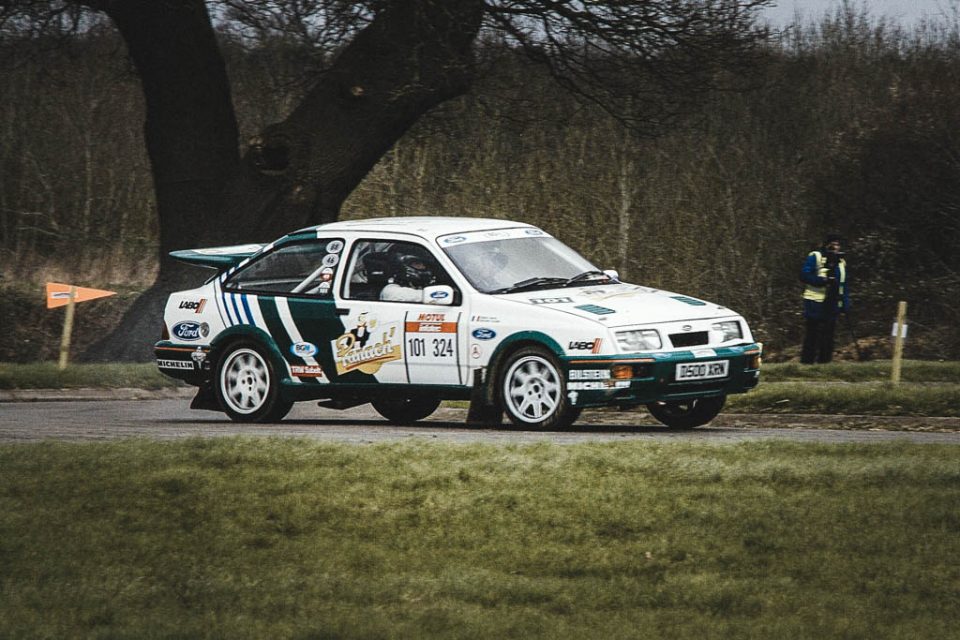 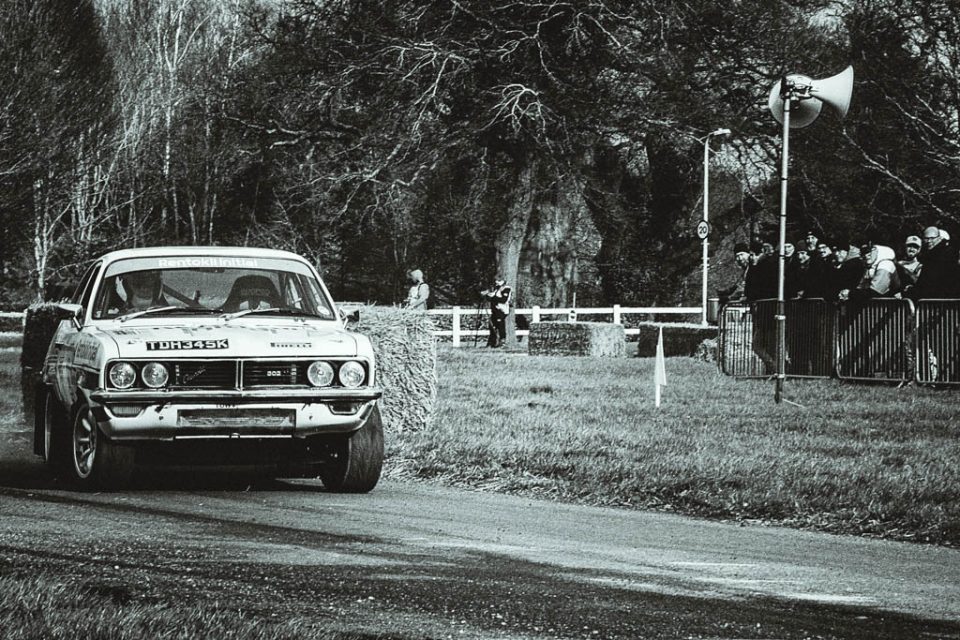 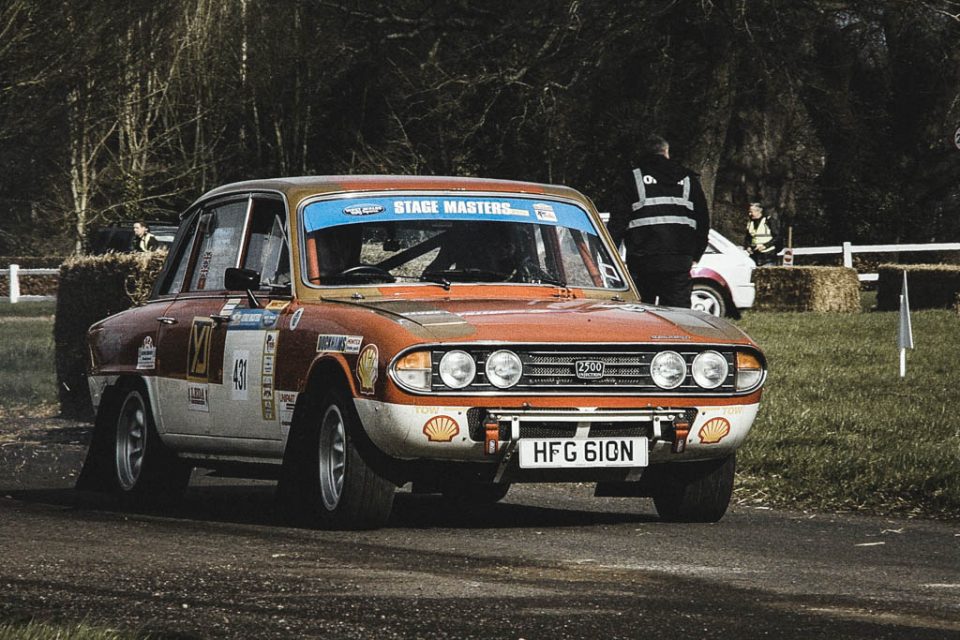 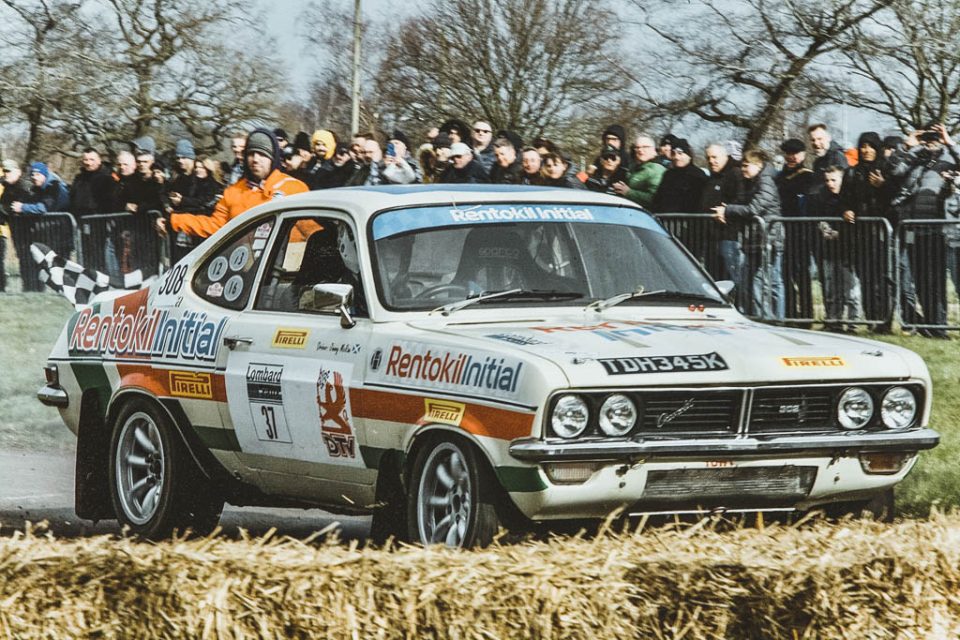 Our Website uses cookies to improve your experience. Please visit our A Grand Day Out – on the Race Retro Rally Stage page for more information about cookies and how we use them.