The Goodwood Motor Circuit has released some more details about their forthcoming SpeedWeek, including the race card.

Rightly so, Goodwood’s one-time only event next month – SpeedWeek – will mark the passing of one of Britain’s greatest drivers with a race named in his honour. 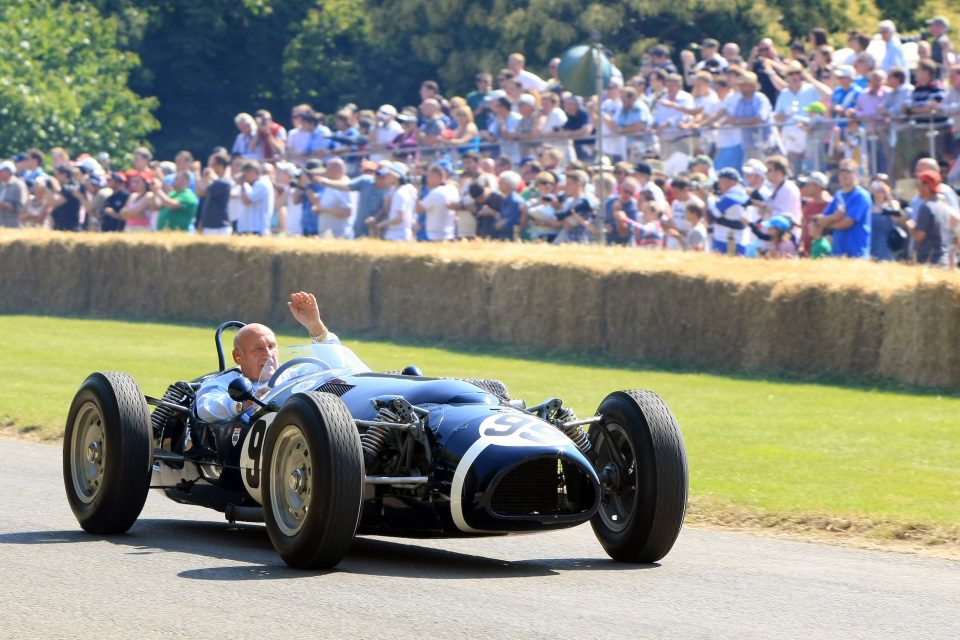 The Stirling Moss Memorial Trophy will be presented to the winners of a 60-minute two-driver race for GT cars of a type that raced before 1963. The race was previously contested as the Kinrara Trophy, and has been a highlight of the Revival since it was first introduced in 2016. Taking to the track will be some of the most beautiful and iconic machinery of the day (and indeed of all time), including the Ferrari 250 SWB, Aston Martin DB4 GT and Jaguar E-Type. These cars were raced by Stirling at the very peak of his career, including his victories in the Tourist Trophy at Goodwood in 1960 and ’61.

Lady Susie Moss said: “Stirling and I always received such a warm welcome at Goodwood from the family and the fans. He would have been touched to be remembered with a race in his name. In fact, he’d probably be raring to have a go at it himself.”

Sir Stirling Moss developed a close and longstanding association with Goodwood over the years; the circuit was the scene of some of his greatest victories as well, sadly, as his career-ending accident. When motorsport returned to Goodwood in 1993, Stirling became a patron of the Festival of Speed, and was an ever-present at the Revival from 1998.

Always keen to get back behind the wheel, Sir Stirling became a familiar sight to the fans who gave him the nickname ‘Mr Goodwood’. Competitive in a range of sports, touring and single seater cars well into his seventies, Sir Stirling captivated and charmed the Goodwood audience on every appearance.

The Duke of Richmond said: “Stirling Moss was known as ‘Mr Goodwood’. More than anything, though, he was our friend and played a huge part in our history. We miss him terribly and felt there could be no better way of recognising this than by naming a race in his honour.”

The inaugural Stirling Moss Memorial Trophy will be preceded by an on-track celebration of the great driver’s career. Lady Susie will join The Duke of Richmond in the famous Rob Walker Racing Ferrari 250 GT SWB in which Moss won the 1960 RAC Tourist Trophy here at Goodwood, and former Dire Straits frontman Mark Knopfler (a personal friend of Stirling) will perform live.

The Stirling Moss Memorial Trophy will take place on the afternoon of Saturday 17 October and can be viewed in its entirety on the Goodwood Road & Racing website and its social channels. It will be one of 13 races over the weekend, including fan favourites from the Revival and Members’ Meeting like the St Marys Trophy, RAC TT Celebration, Gerry Marshall Trophy and SF Edge Trophy.

Viewers and fans can sign up for alerts at: https://www.goodwood.com/motorsport/goodwood-speedweek/

Stay up to date with all future announcements and on-event action with the official hashtag #gwspeedweek across our social channels:

Race 6: Whitsun Trophy Part 2 (20 mins)
For World Championship sports prototypes of a type that raced between 1960 and 1966

Race 7:Stirling Moss Memorial Trophy (60 mins – two drivers)
For closed-cockpit GT cars, of three litres and over, of a type that raced before 1963

Our Website uses cookies to improve your experience. Please visit our Goodwood Speedweek – The Race Card page for more information about cookies and how we use them.