Ben Mitchell bagged victory in the Richmond Trophy race for front-engined Grand Prix cars of a type campaigned from 1954-60. The BRM pilot’s winning margin of a whisker over six seconds belied the effort involved. At the start, it was Tony Wood’s stubby Tec-Mec Maserati that blasted into an early lead from the second row, with Miles Griffith second in Philip Walker’s Lotus 16 as Mitchell gave chase. Will Nuthall was also making his presence felt aboard his two-litre Cooper-Bristol. 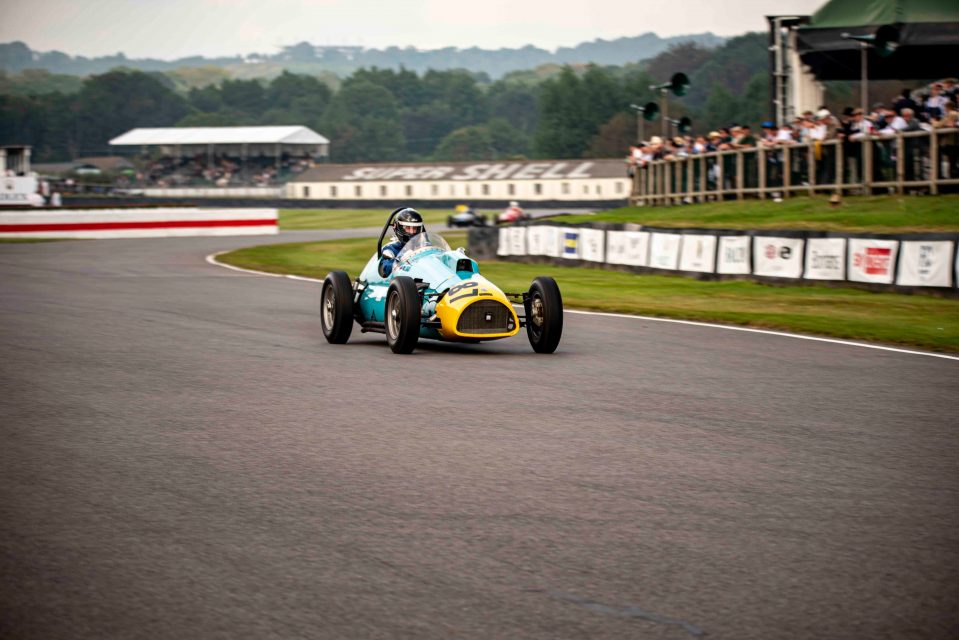 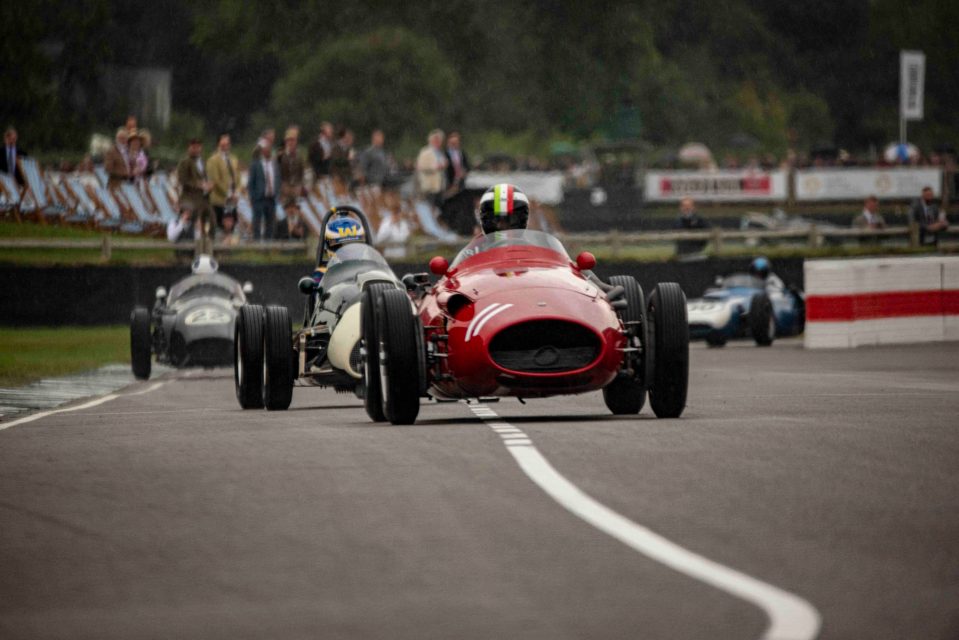 Conditions were far from ideal, the Tec-Mec being bundled down to fourth by quarter distance of the 25-minute race, with Mitchell having by now assumed the lead with Griffith in close proximity. Nuthall also came into the fray, and it was only in the closing stages that Mitchell was able to make a break for it. Griffith and Nuthall were rarely more than a car length apart – were rarely pointing in a straight line, but they had no answer for Mitchell who had entered the final lap with a six second lead. Griffith and Nuthall drag raced to the line, the former just holding sway, with Wood a distant fourth. 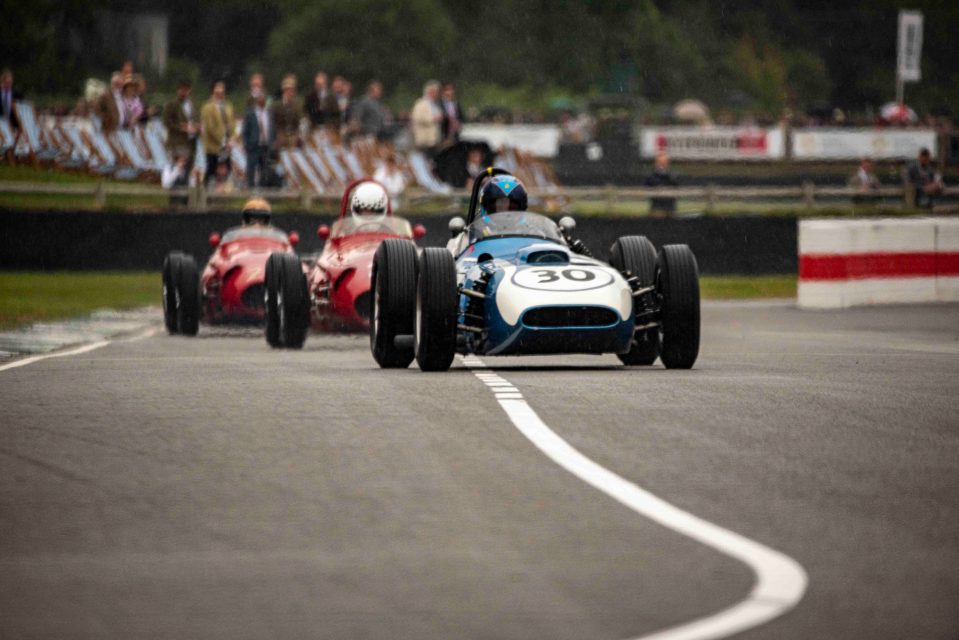 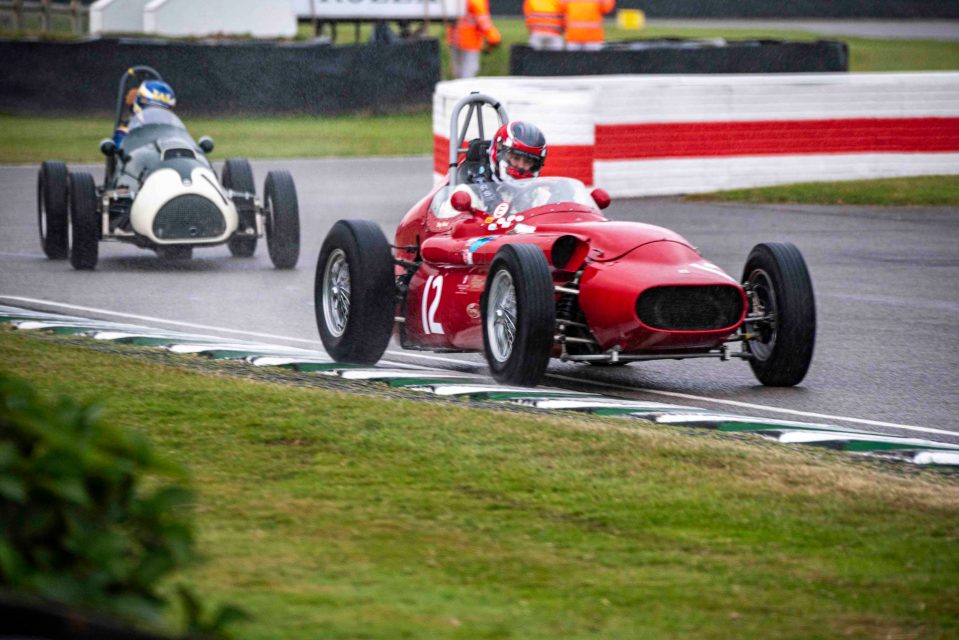 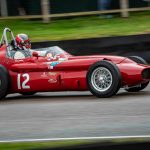 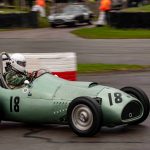 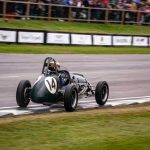 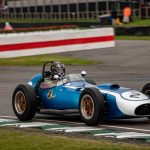 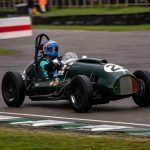 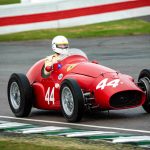 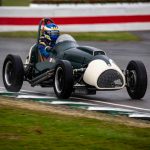 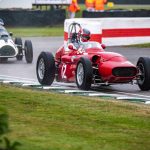 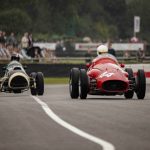 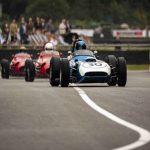 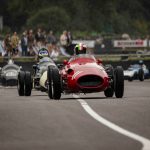 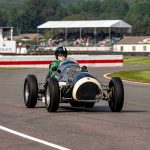 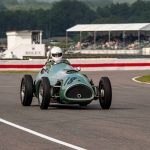 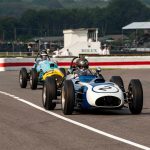 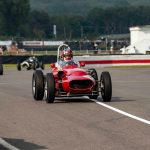 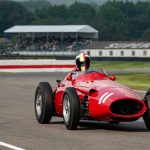 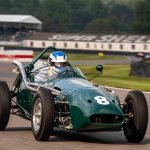 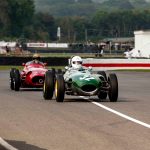 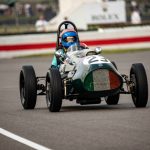 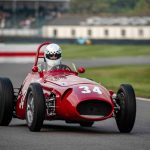 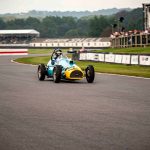 Former saloon car star Andy Middlehurst claimed his seventh win at Goodwood on Saturday afternoon after dominating the 25-minute Glover Trophy race. The pole-sitter guided John Bowers’ Lotus 25 into the lead at the start, with Nick Fennell slotting his similar car into second, Joe Colasacco running third aboard Lawrence Auriana’s Ferrari 1512. The American inherited second after Fennell spun off at the first part of Madgwick shortly thereafter, the gap between the lead duo standing at 3.3-second at quarter-distance. Young charger Timothy De Silva assumed third place aboard his BRM-engined Lotus 24. 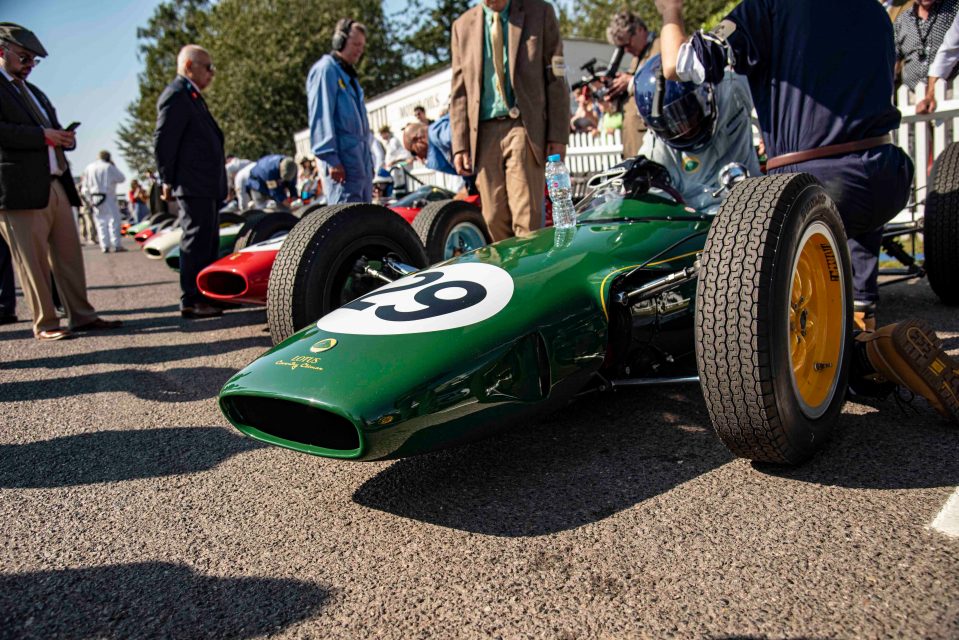 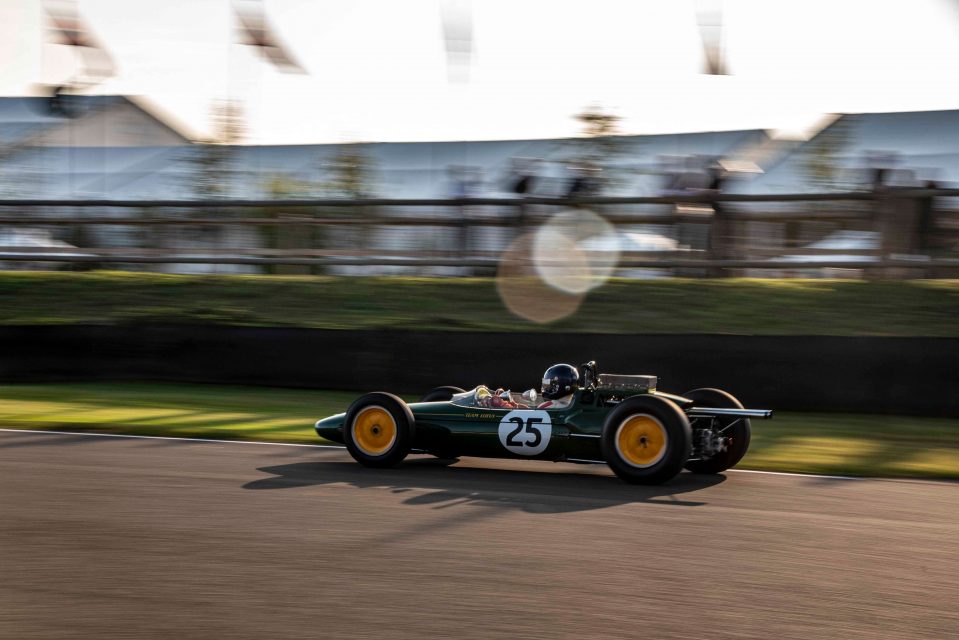 Middlehurst and Colasacco disappeared up the road, the Italian machine closing on the Lotus only to lose out among traffic at half-distance. Sadly, Colasacco smacked the barriers exiting the chicane on the penultimate lap but emerged unscathed. Middlehurst led home De Silva and Mark Shaw (Lotus 21), another standout being Octogenarian legend Richard Attwood who guided his BRM P261 from twelfth to sixth place. 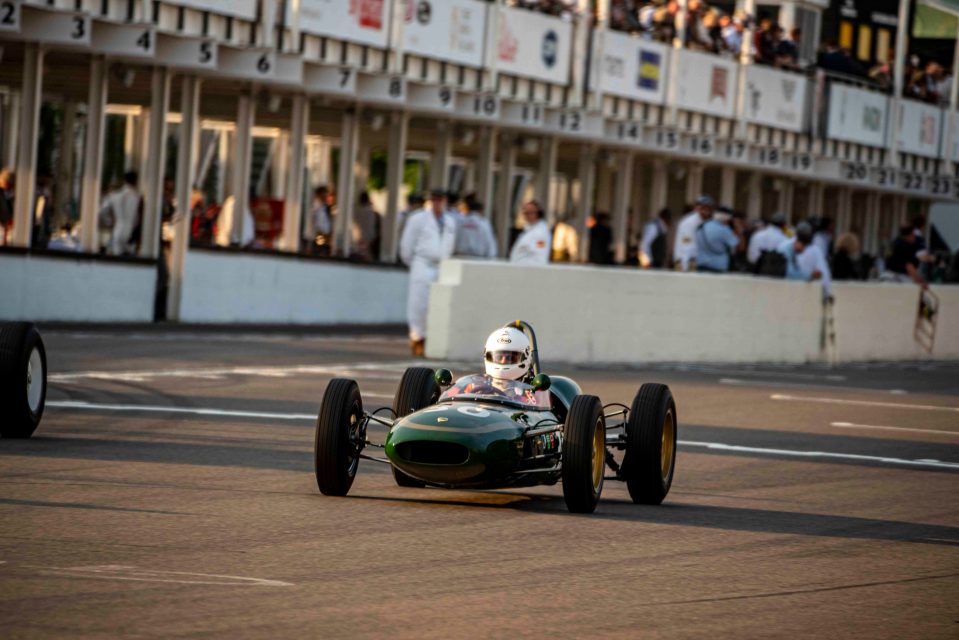 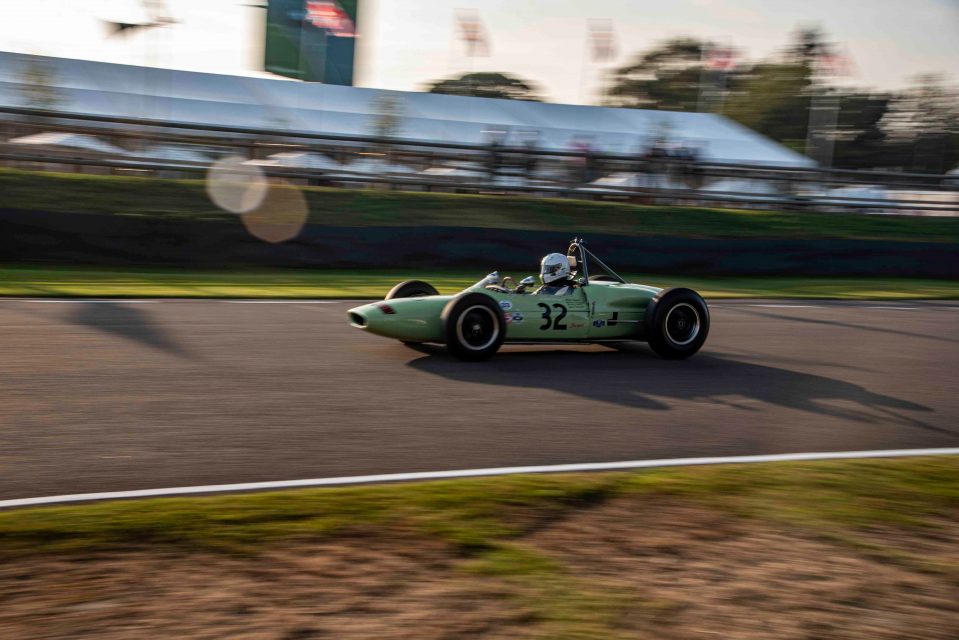 Our Website uses cookies to improve your experience. Please visit our Goodwood Revival Highlights : Historic Grand Prix Car races page for more information about cookies and how we use them.