The Goodwood Festival of Speed was back in full swing this year offering up all the magic ingredients of fast moving spectacular vehicles, star drivers putting on a show and exhibitors galore all combining to present motorsport’s ultimate summer garden party, celebrating the world of motoring, technology and future mobility. 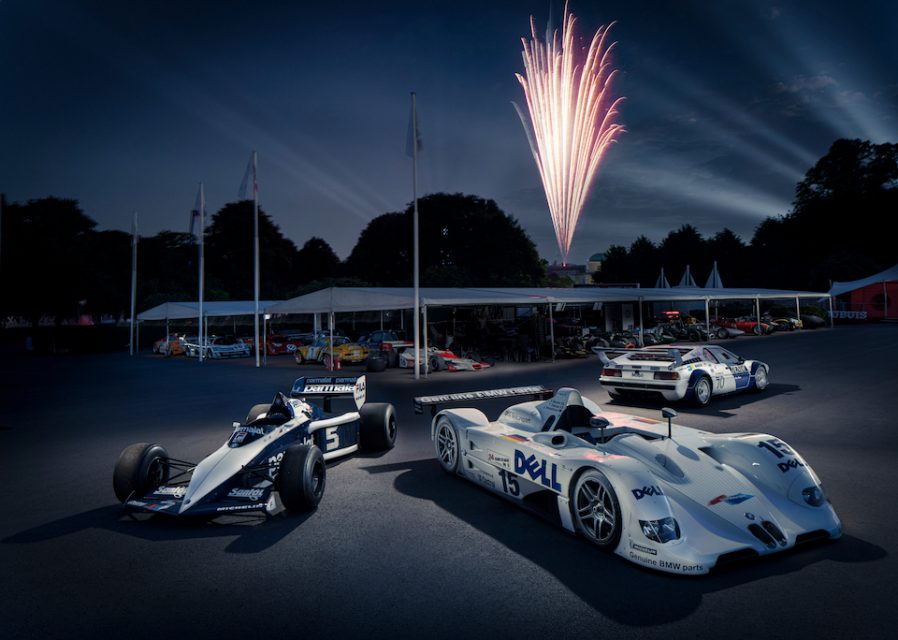 In an exciting turn of events, the outright hill record was broken by the McMurty Spéirling, driven by Max Chilton on the Sunday in a thrilling 39.08 seconds. The official record has not been broken since Nick Heidfeld set the standard back in 1999, with the VW I.D. R coming close back in 2019 when it set a time of 39.9 seconds in qualifying. 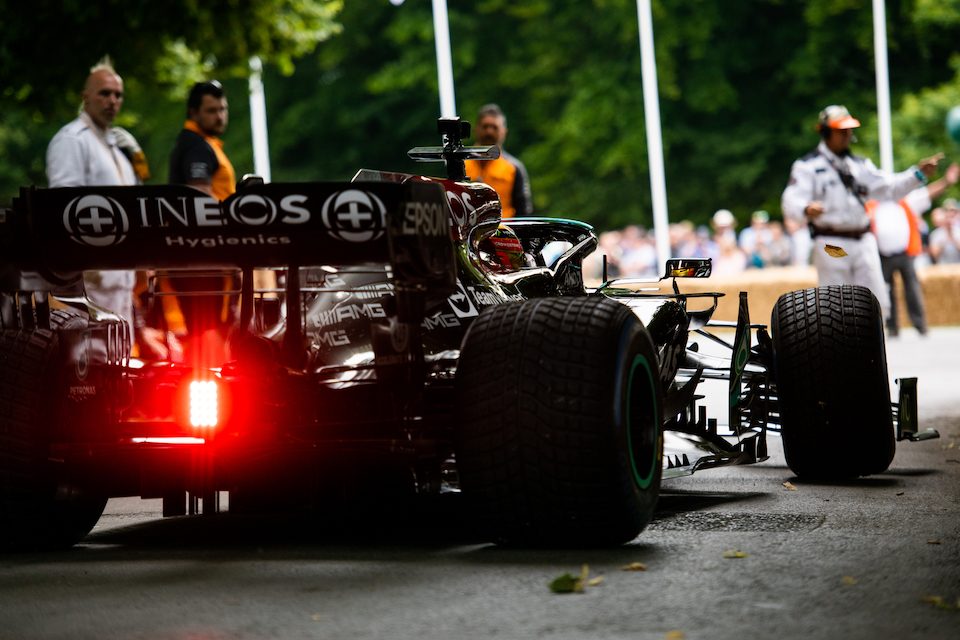 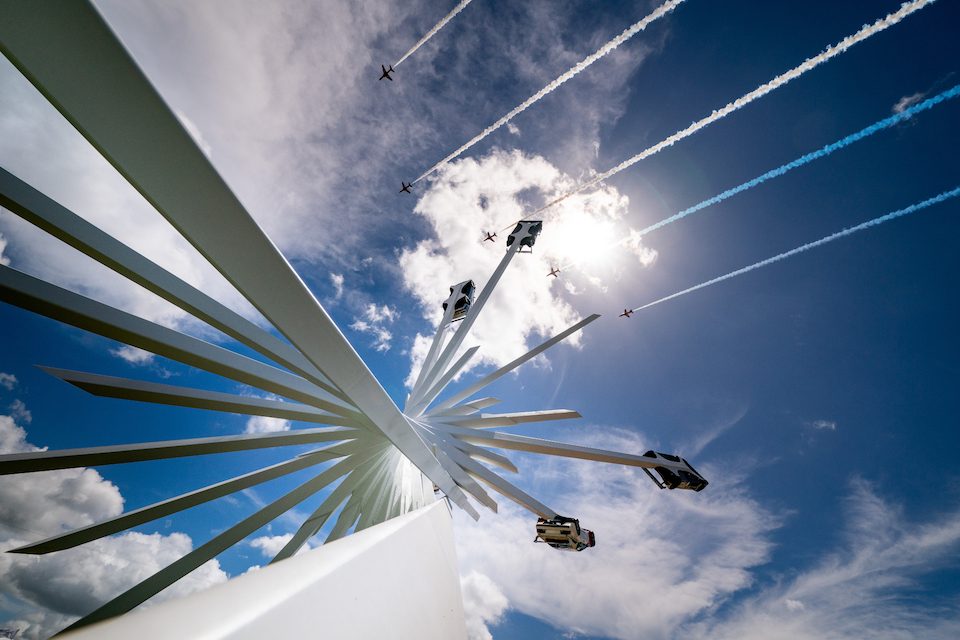 In a year which celebrated “The Innovators – Masterminds of Motorsport”, the Festival of Speed saw one of its most impressive sculptures to date which paid homage to 50 years of the BMW Motorsport division, showcasing some of the most iconic models developed by BMW M. The spectacular feature included an E9 3.0 CSL, M1 Procar, V12 LMR, E90 320i WTCC and the BMW M Hybrid V8 – the marque’s new top-level endurance racing entry, set against the backdrop of Goodwood House. 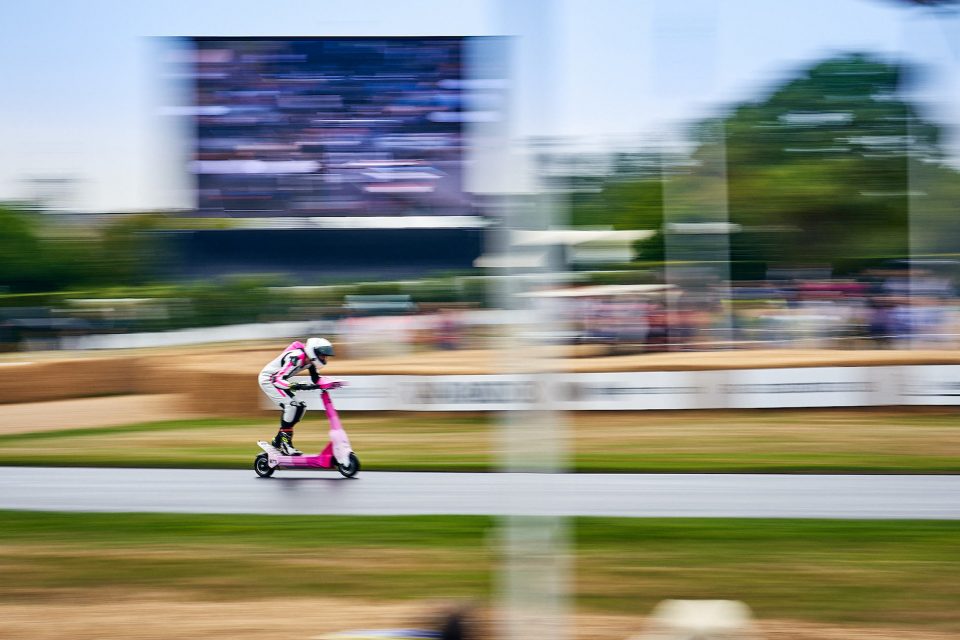 Electric Avenue: The Road to 2030 returned for a second year, now presented by bp pulse, showcasing the latest EVs alongside a series of talks and presentations  in the Information Hub by experts from The AA and bp pulse. Exhibits included city cars, SUVs, city cars and saloons, with debuts from the Lucid Air and a three-wheeled commuter vehicle from Electra Meccanica. 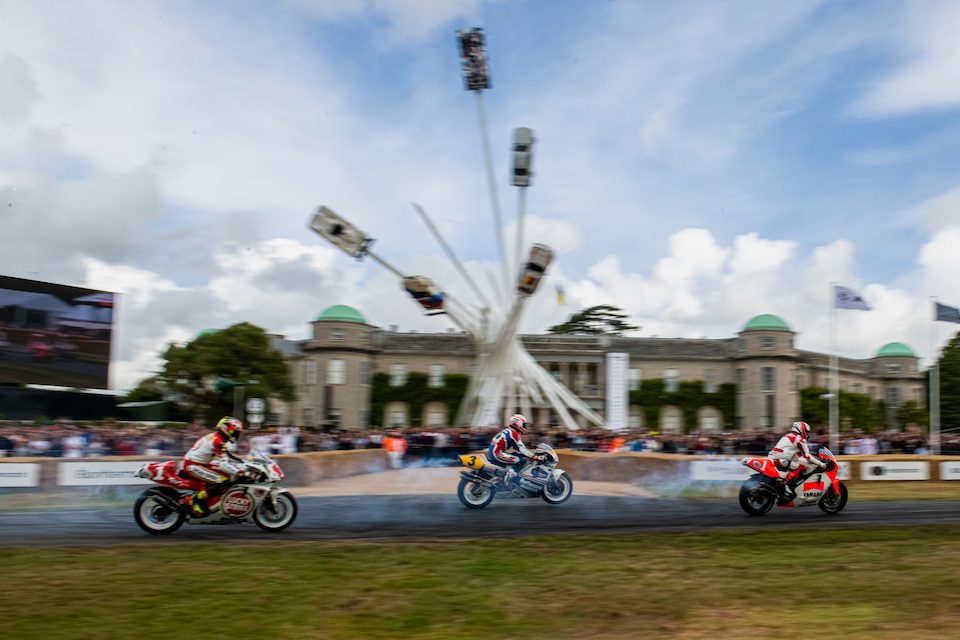 In the centre of Electric Avenue was the Concepts stage, presented by British Volt, which showcased the next generation of electric cars, including the brand new Lotus Eletre SUV, the Renault 5 prototype and the Fisker Ocean. 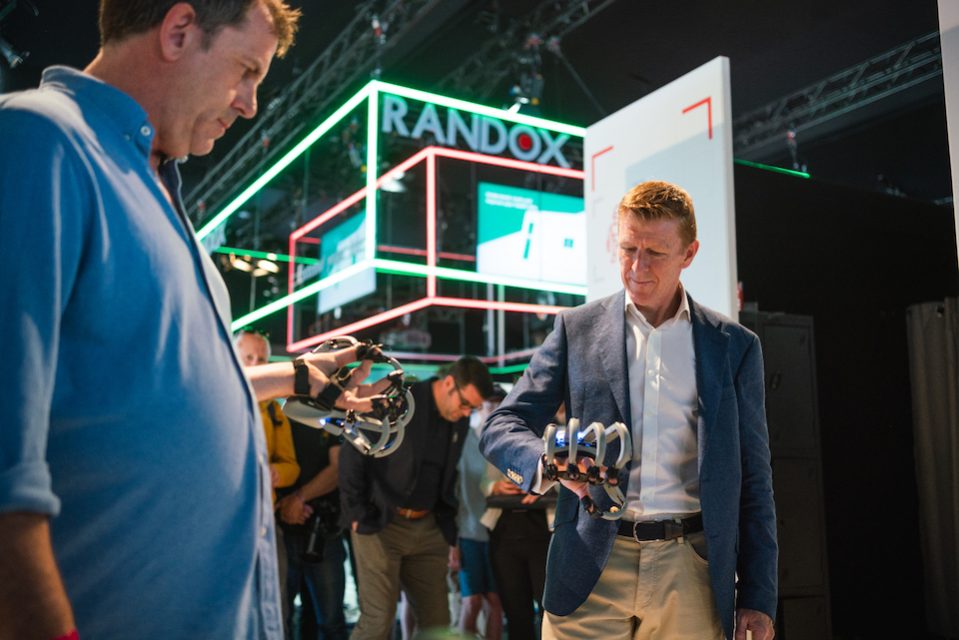 A step into the future!
Future Lab presented by Randox remained a popular feature of the event, giving visitors a glimpse of future of mobility in the air, on land, under the sea and deep into space. Future Lab claimed several world-firsts – from Interstellar Lab’s debut of its bio domes for sustaining life on this planet and others, to first-hand demonstrations of Move Ai’s motion capture technology. Visitors could also interact with CalmTech’s never-before-seen AI dolphin – using technology behind Paddington Bear’s recent royal appearance – and experience brand new haptic sensations from TESLASUIT, which creates a whole-body human interface to the metaverse like nothing experienced before. Astronaut and friend of Goodwood Tim Peake also paid a visit, trying out a number of exhibits for himself. 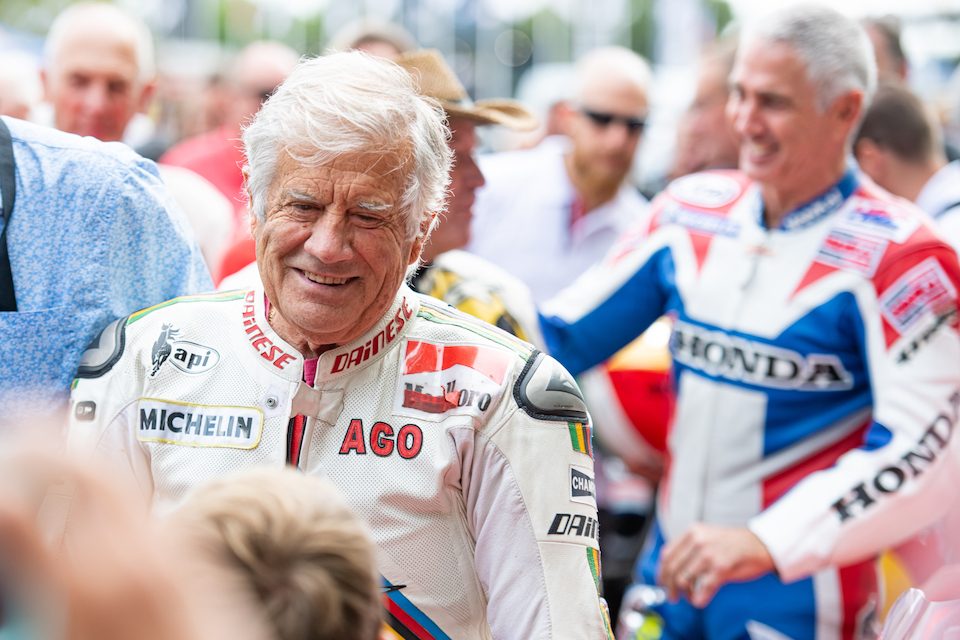 Magical motorsport moments
The Festival of Speed welcomed motorsport legends from across the spectrum. Wayne Rainey joined us as he returned to the saddle for the first time in 30 years. His Yamaha YZR500 bikehad been modified by relocating the rear brake and gearshift to the handlebars allowing Wayne to tackle the Hill and even wheelie off the line. The three-time World Champion was thrilled to be reunited with his beloved bike and was joined by his contemporaries Mick Doohan and Kevin Schwantz, and former team manager and mentor Kenny Roberts on the Hill. 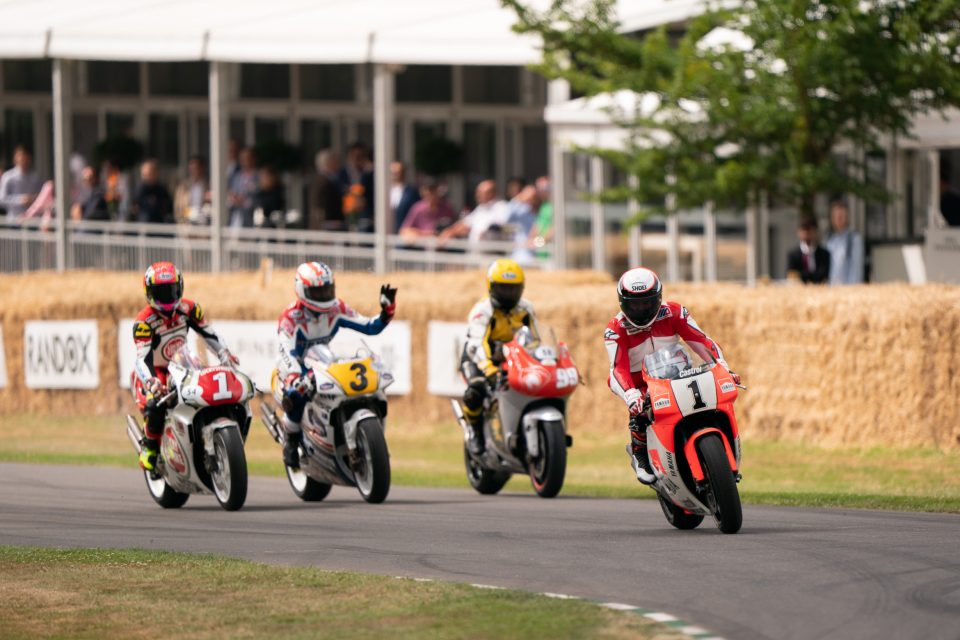 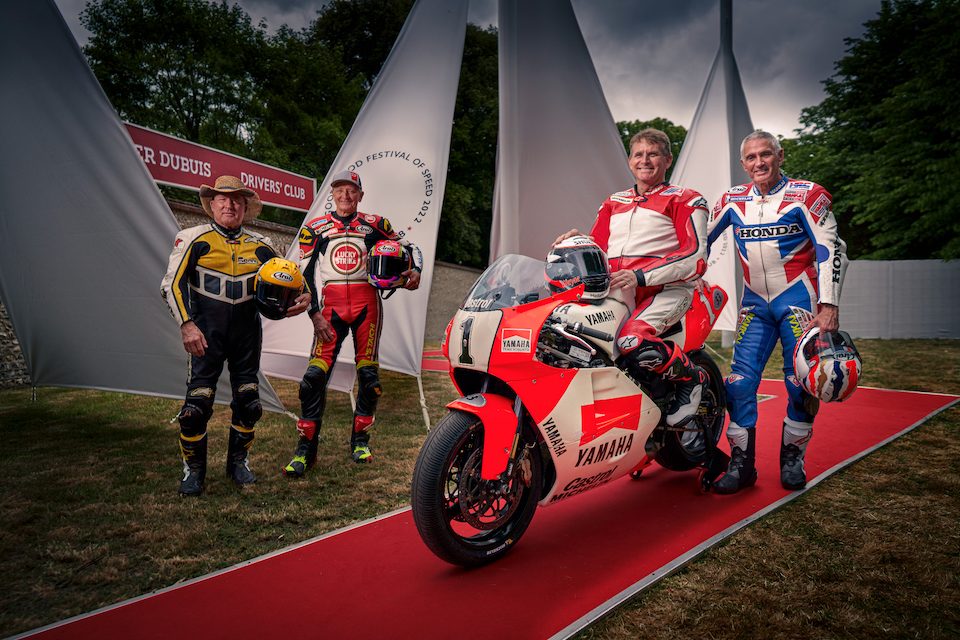 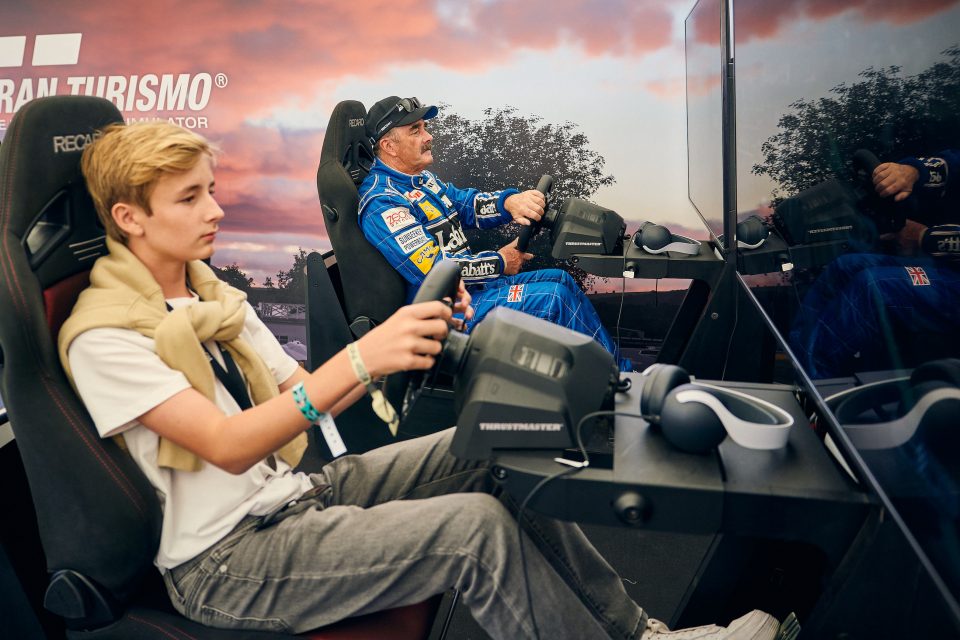 In a blast from the past, ‘Mansell Mania’ took over Goodwood as Nigel Mansell joined us for the whole weekend. The 1992 Formula 1 World Champion was reunited with his championship-winning Williams FW14B for the first time in 30 years and fans saw the iconic ‘Red 5’ storm up the hill as Mansell celebrated the  anniversary of his win. “I have had the most sensational time of my life!”, Mansell said on the balcony of Goodwood House on Sunday afternoon. 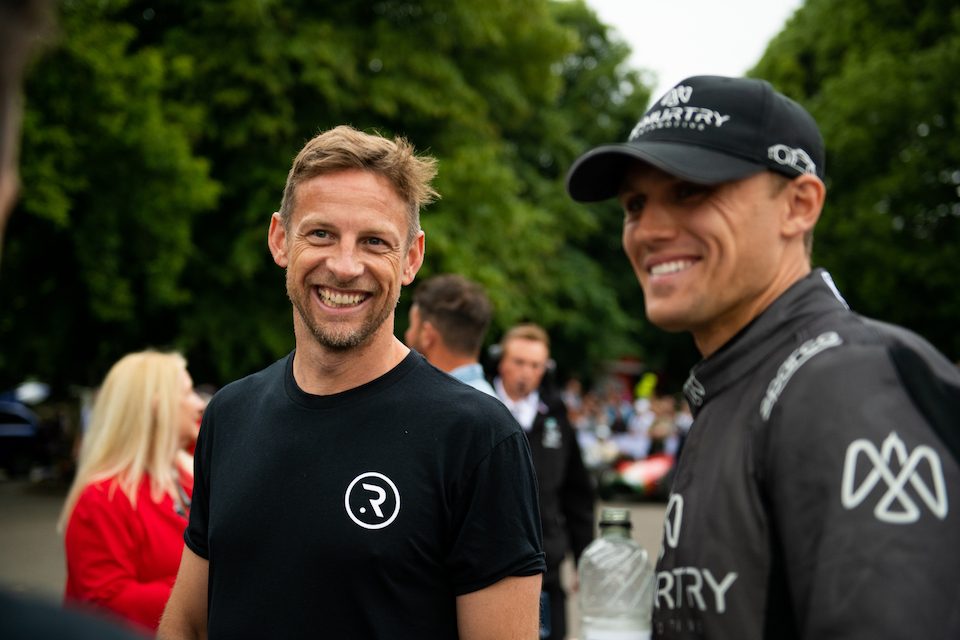 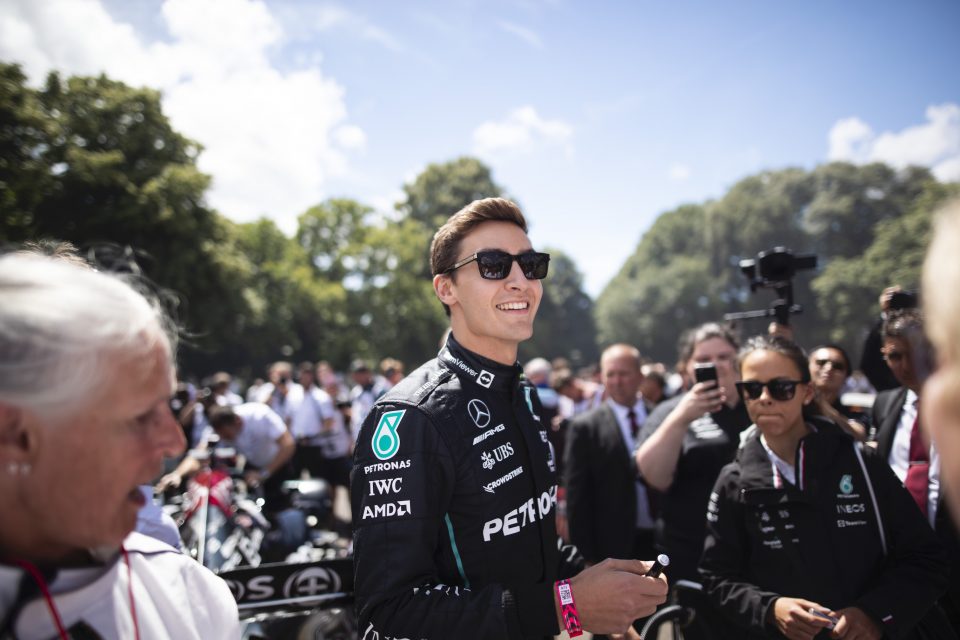 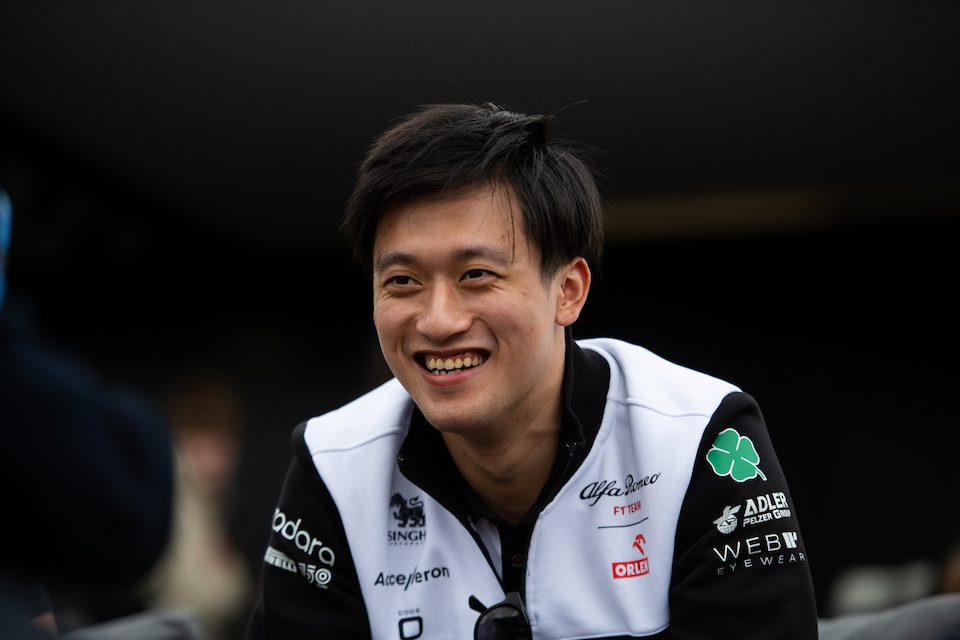 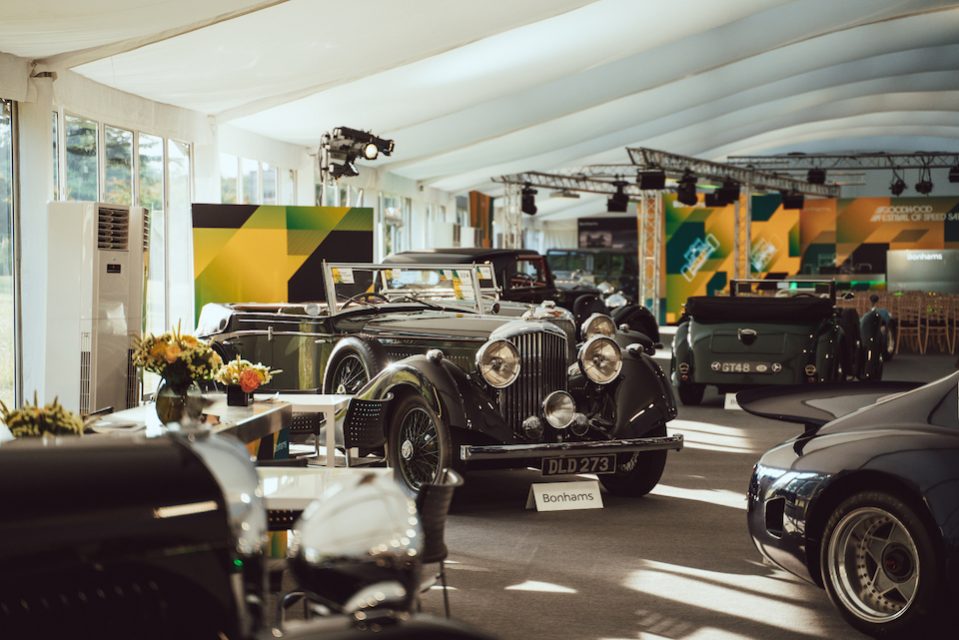 On Sunday, history was made when The Duke of Richmond was powered by a different type of fuel y, after filling up his trusty motorbike with Zero Petroleum’s new synthetic petrol, developed by former Formula 1 technical director Paddy Lowe. Zero® Syn95™ is a first prototype of a sustainable and fossil-free equivalent of the everyday 95 RON petrol found on UK forecourts.

Across the manicured lawns, guest appearances from pals David Beckham and Gordon Ramsay delighted fans on Thursday, and NFL champs Danielle Hunter, KJ Osborn and Cam Jordan dropped by, stopping to chat with visitors and explore the different elements of the event.

The Cartier ‘Style et Luxe’ Lawn featured a highly diverse selection of cars, and the judging panel comprised people from the worlds of art, design, sport and media. ‘Best in Show’ was taken by the 1965 Ferrari 275 GTB/4, from a private collection.

This year’s Festival of Speed supported the Race Against Dementia charity which was started by three-time Formula 1 World Champion, Sir Jackie Stewart. Fundraising efforts saw the RAF Marham Lightning Rally Team pull a Subaru Impreza 29 kilometres representing 29 years of the Festival of Speed in aid of Race Against Dementia. Donations can be made here.

You can see more images from Goodwood FOS 2022 right here …

Our Website uses cookies to improve your experience. Please visit our Goodwood FOS 2022 – Motorsports Ultimate Garden Party page for more information about cookies and how we use them.