The Covers are off – Salon Privé reveals all!

Salon Privé welcomed over 25,000 guests to the 14th prestigious four-day event, staged within the immaculate grounds of Blenheim Palace in Oxfordshire.On Thursday, press were invited to a selection of modern super and hypercar reveals all brilliantly orchestrated in a ‘generation game’ style format. Five of which made their UK debut, five their European debut, and one global debut; a first for Salon Privé. (See Preview for full low-down) 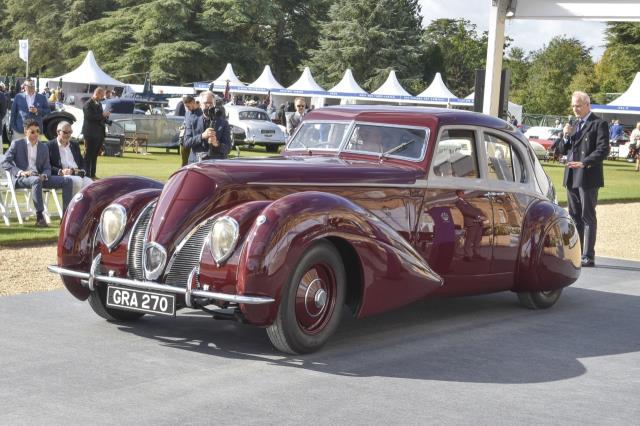 Our interest was peaked by the world debut of the Bentley Corniche, the stunning recreation of the 1939 experimental pre-war prototype that was destroyed during the War, with this brand new car created by Bentley Motors and its Mulliner bespoke coachbuilt division. The ‘new’ Corniche was presented at Salon Privé along with Bentley’s EXP 100 GT, making its European debut within the grounds of Blenheim Palace just weeks after its American unveiling at Pebble Beach. 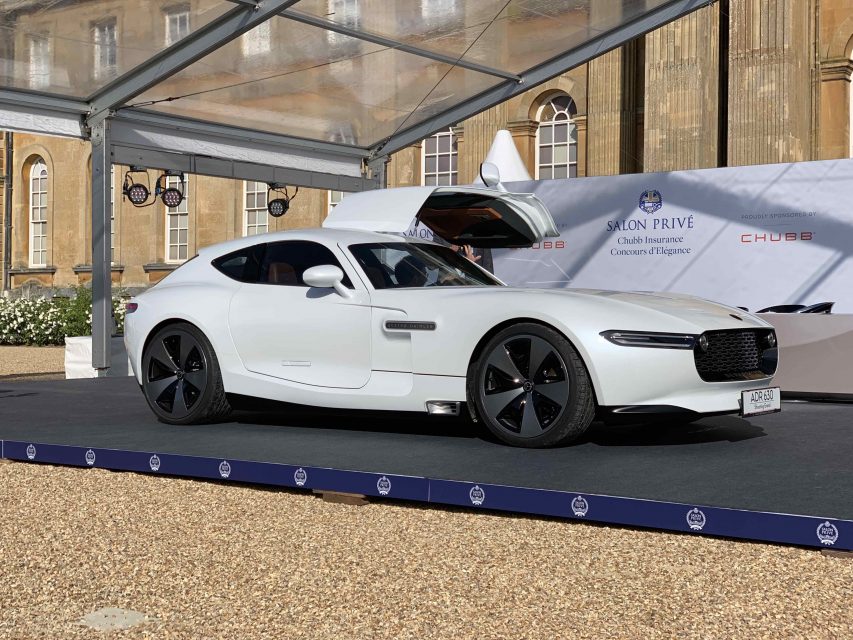 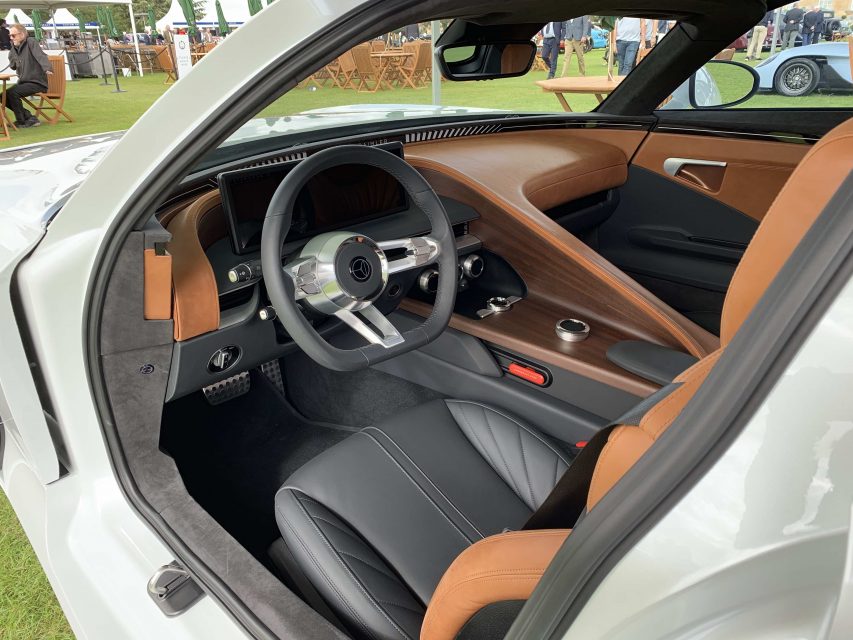 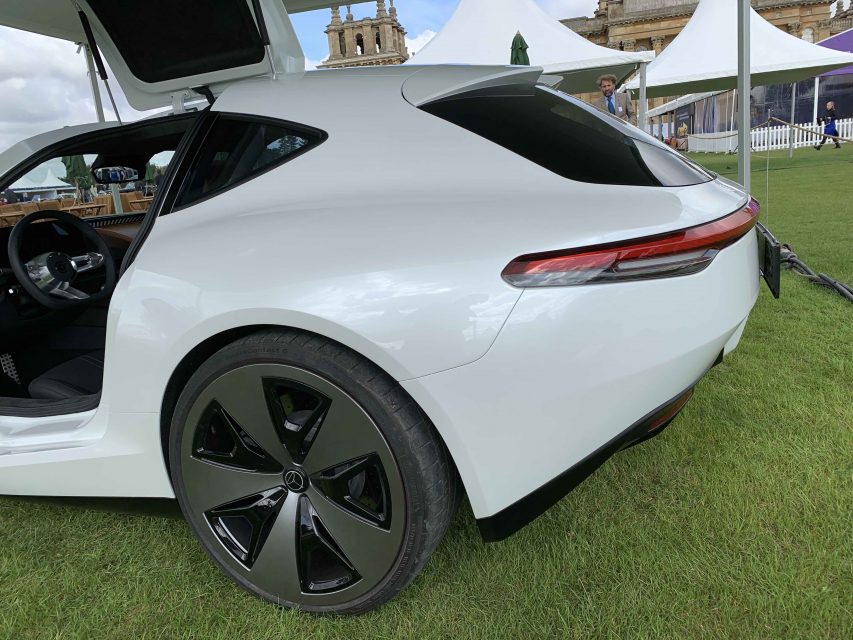 Our favourites included the the hybrid Austro Daimler ADR 630 Shooting Grand – (above) a stunning design, which is both unique but has hints of Porsche 968 / Mercedes. It looks and feels like a car you would want to own and be seen in, the interior was pretty out of this world and it has phenomenal power – 200mph top speed and a 0-60 in 2.5 sec all from a Hybrid. Giving us hope there is a world beyond fossil fuels! 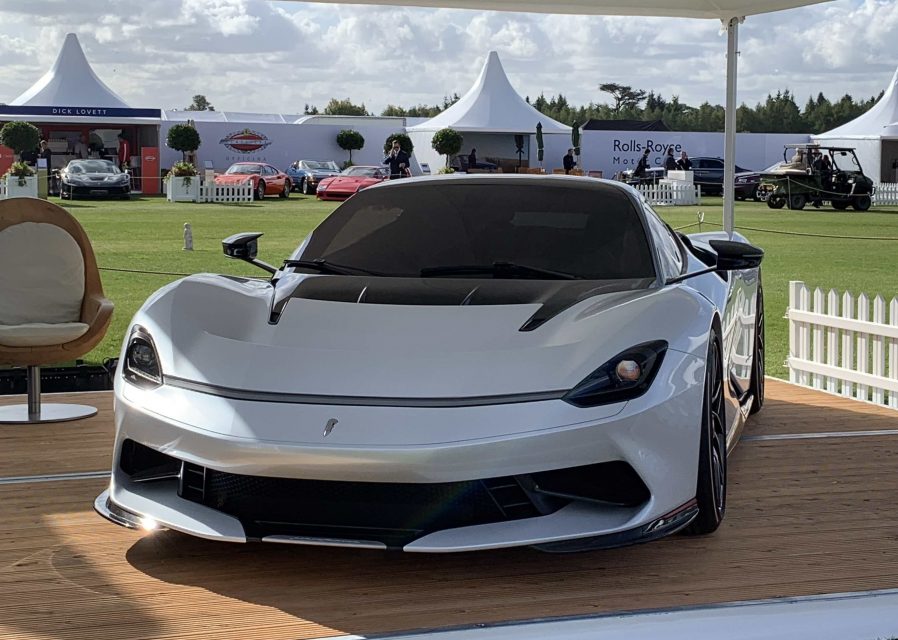 Other interesting models were the Automobili Pininfarina Battista, the first car to come from the Pininfarina name, all I can say is – it looks a tad Ferrari like, but the 150 models are all going to be totally customisable to each customer all for a rounded total of £2m! 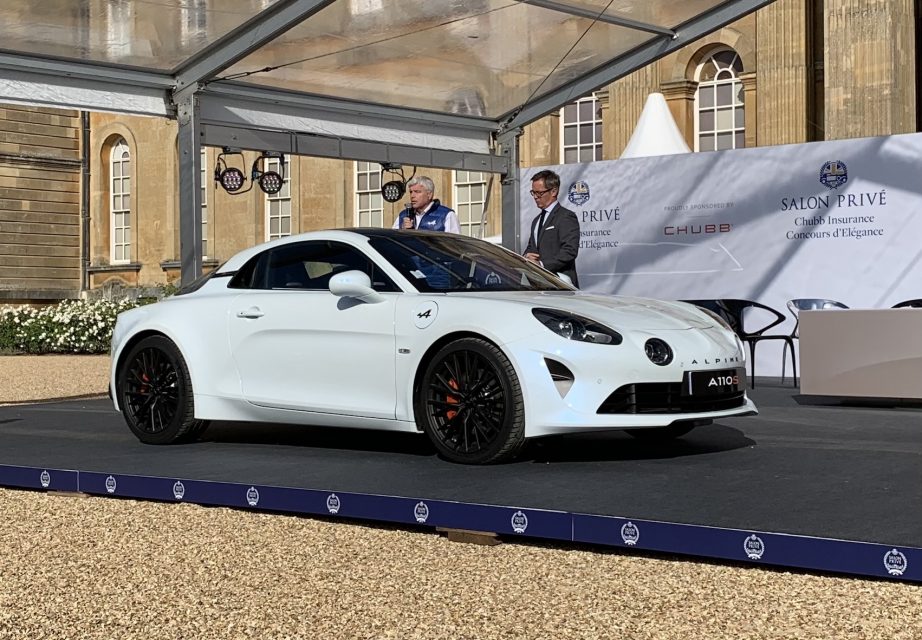 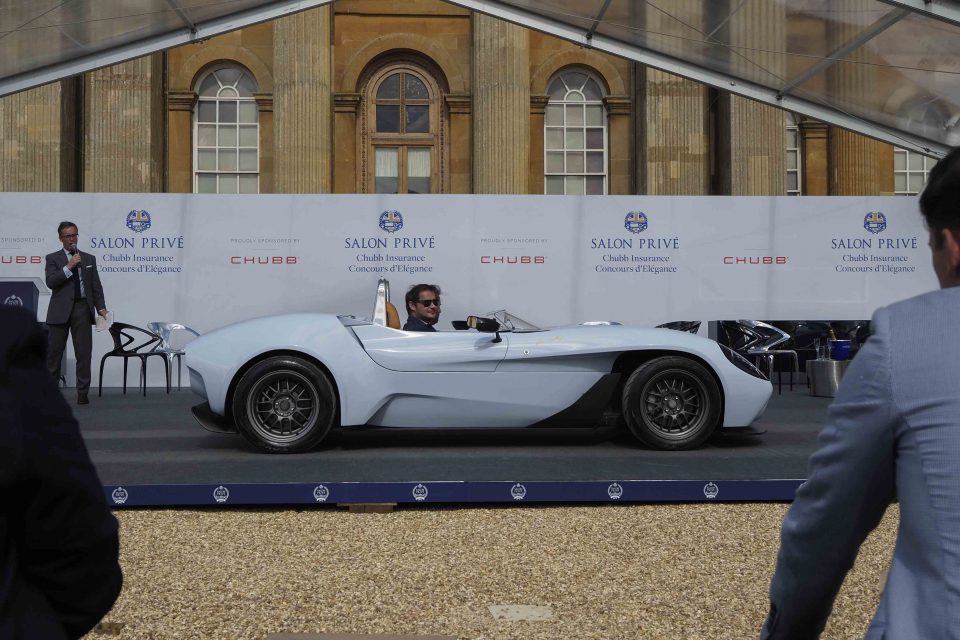 The Jannarelly Design-1 also looked pretty interesting from afar, the Lister Knobbly style front looked promising as did the £87,000 price tag. But close up it feels rather more kit car and less supercar. But lightweight is one of the key selling points of this car, but – perhaps a few more luxuries may be required for this to be a success in the UK and ideally a roof. Sorry guys it looked so cool from afar. 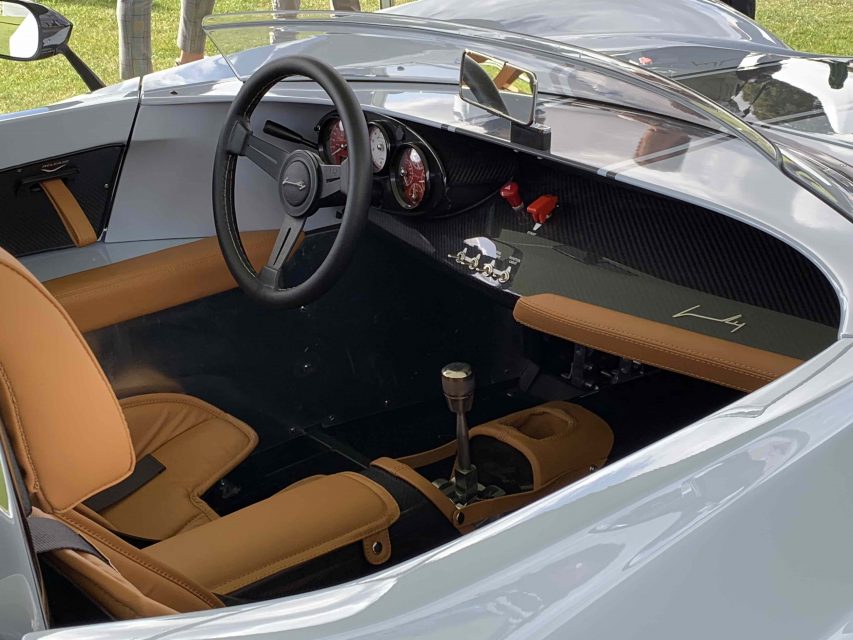 Being a Porsche fan I was drawn like a magnet to the Atelier DIVA, a fully carbon-bodied modern Porsche recreation on a 964 donor car. This one had a targa top, and the interior was fabulously renewed in 70s retro design. The engine is still a Porsche but you can opt for 4.0 or 4.2 litre, 2 wheel or 4 wheel drive, the French conversation is around €400K plus a donor car. Fabulous build quality and it still sounds like a Porsche. 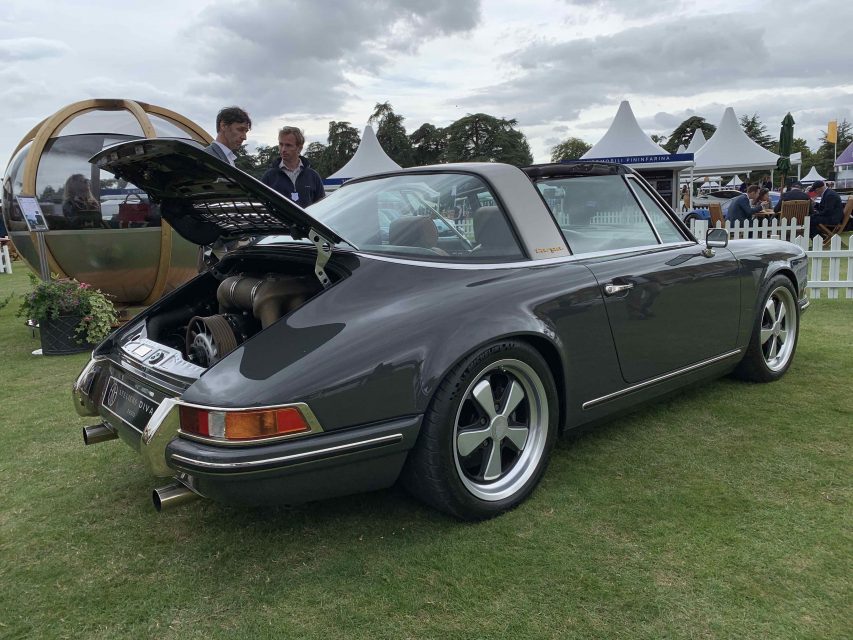 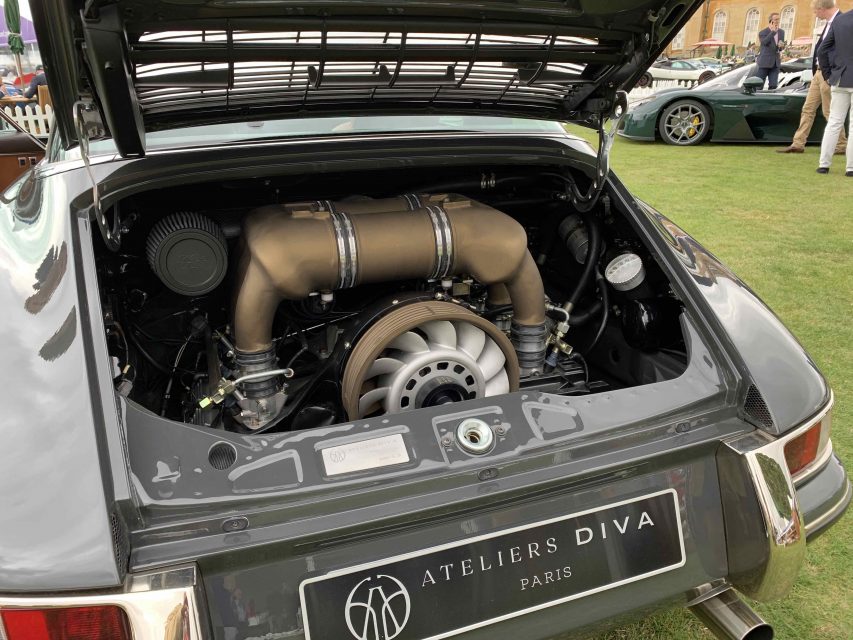 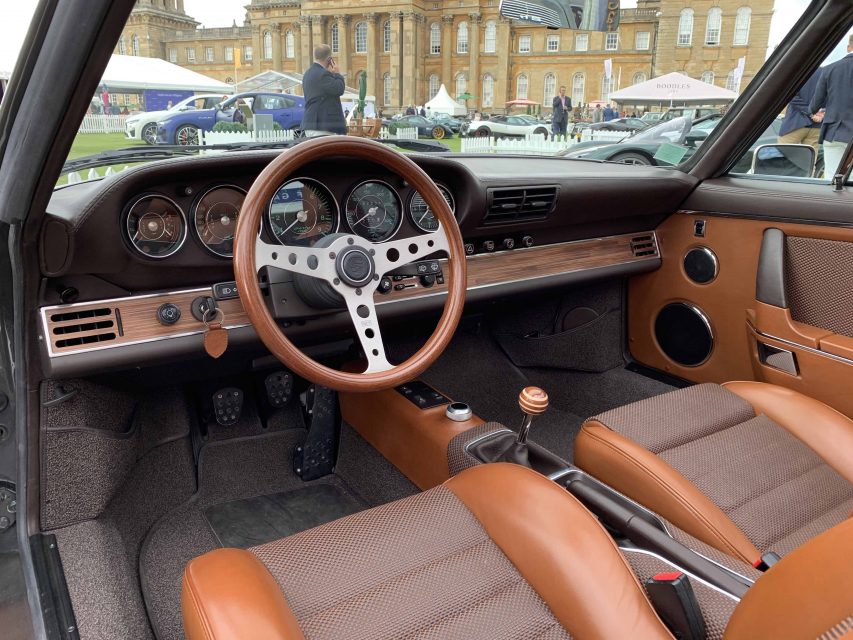 Our Website uses cookies to improve your experience. Please visit our The Covers are off – Salon Privé reveals all! page for more information about cookies and how we use them.