Supercar Launch Pad and more in store at Salon Privé

This week sees the opening of the 14th Salon Privé show, half motor show, half-garden party, this prestige event takes place each year in the grounds of Blenheim Palace: the birthplace of Sir Winston Churchill in Oxfordshire.

We take a look at what’s in store…

Advanced EV and hybrid technology are certainly at the forefront of this year’s event with a selection of international hypercar brands all debuting new cars to the UK market. Amongst the line up due to be revealed to the public at the event are: 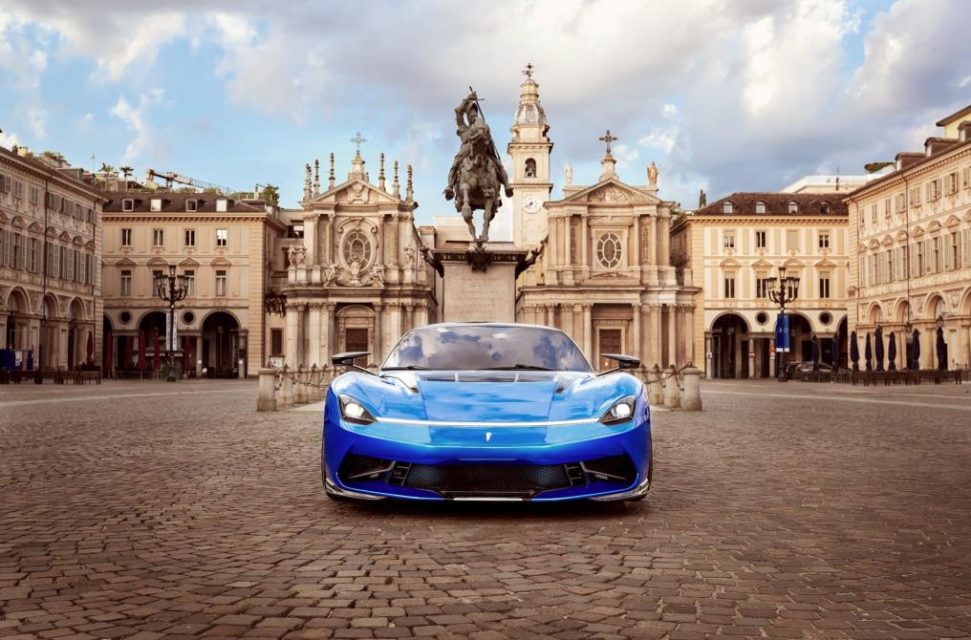 The Battista (above) by Automobili Pininfarina, who are launching to the UK market, the most powerful car designed and built in Italy, featuring design enhancements following aerodynamic testing. Just 150 Battistas are due to be built. Powered by 120 kWh battery providing power to four electric motors (one at each wheel) for combined power output of 1,900 hp and 1,696 lb/ft torque. 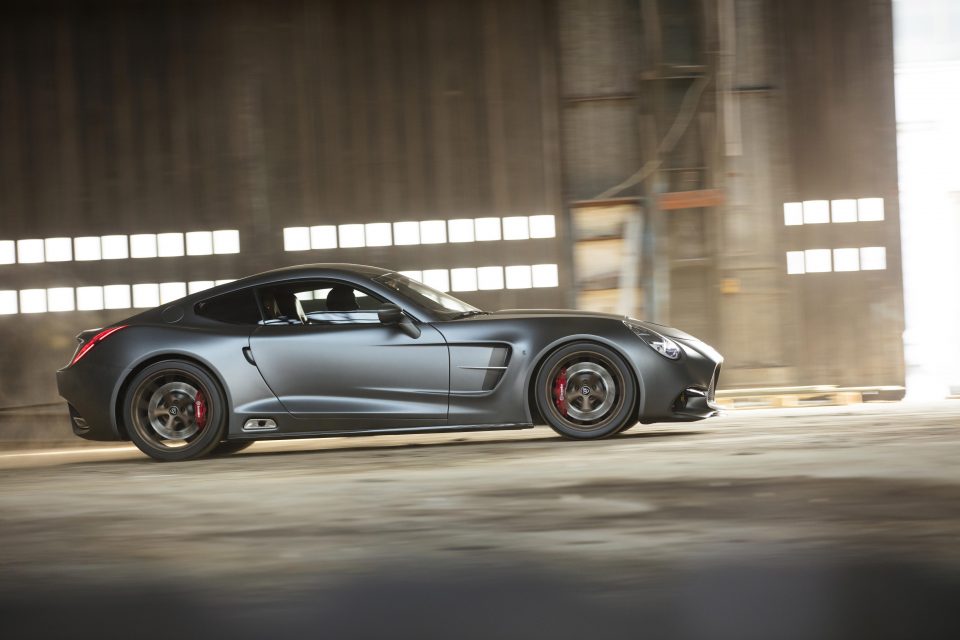 Puritalia Automobili will showcase its latest creation, the 965 hp super-hybrid Berlinetta a super-hybrid producing 965 hp and 1,248 Nm torque.  0 to 60 in 2.7 seconds with a Top speed of 208 mph, hand-crafted, full carbon-fibre body. Limited to 150 units.

Croatia based Rimac Automobili are also returning to the event, presenting Rimac C_Two. (Below) Which they claim is the fastest accelerating, most technologically-advanced hypercar ever built travelling 0 to 60mph in 1.85 seconds and 0 to 186mph in 11.8 seconds. (Sounds crackers!) Generating a top speed of 258 mph from 4 electric motors and a 120 kWh battery generating 1,887 bhp and 2,300 Nm of torque. Limited to 150 units. 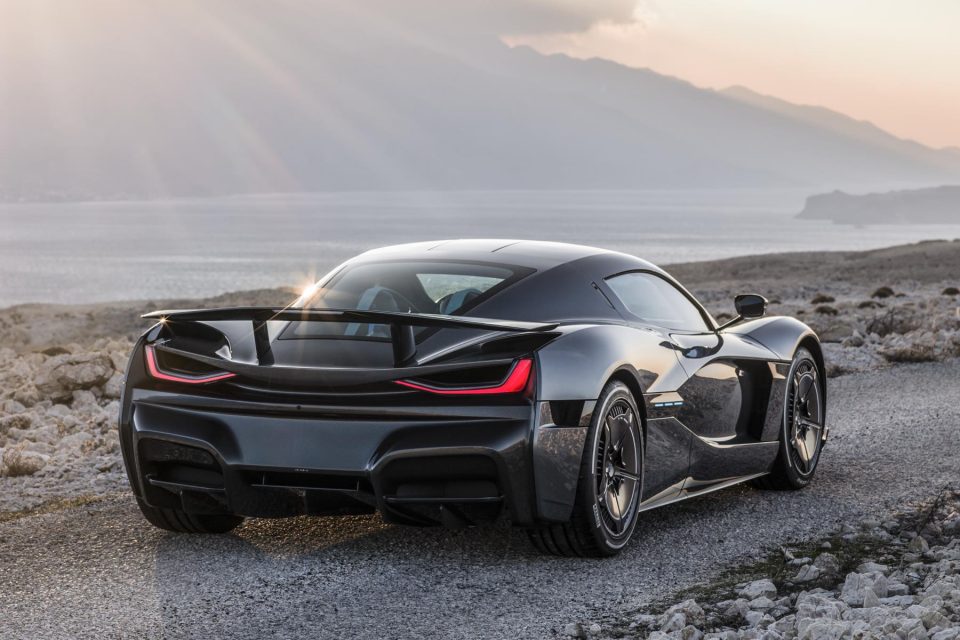 Another first will be the Jannarelly Design-1, which started out as one man’s dream to create the perfect car for himself! Having already designed the sensational W Motors Lykan HyperSport, the man in question, Anthony Jannarelly knew exactly what he was doing. He has created a thrilling retro-styled two-seater rear wheel drive roadster offers stunning performance & driving experience. Powered by a 3.5 Litre V6 develops 325bhp. The car weighs between 760 – 810 kg depending on body composite and there are plans to produce just 499 units. 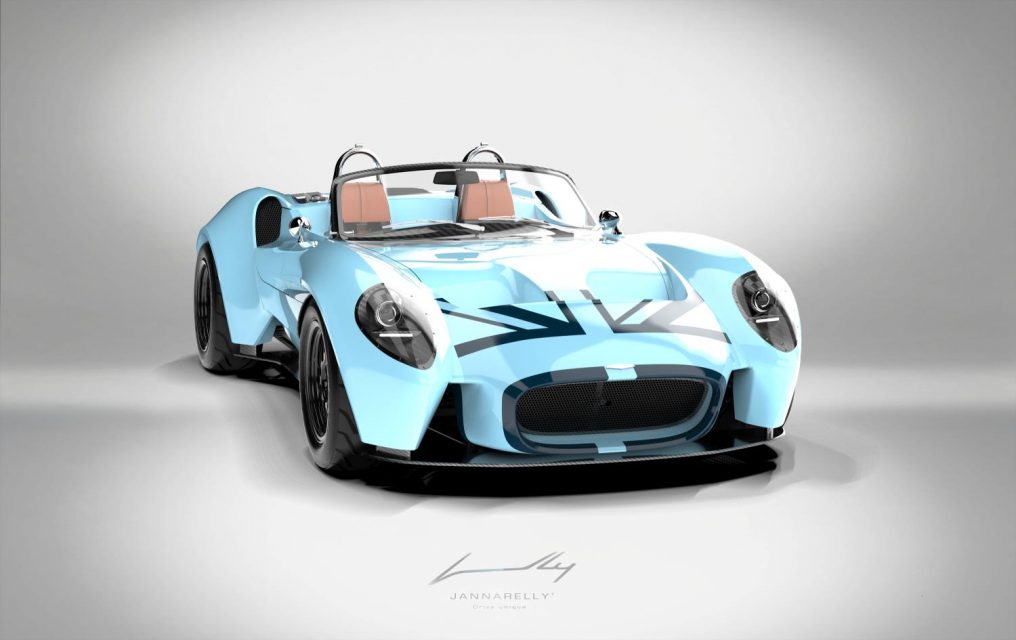 Finally Austro Daimler returns to production with the ADR 630 Shooting Grand (see below) the marque was a historically significant Austro-Hungarian automaker, who, at one stage in 1910, held the honor of making the world’s fastest car – the 85mph Prinz Heinrich. Outbreak of the First World War saw the company focus on contribution to the wartime effort and so it wasn’t until the 1930s that Austro Daimler reverted to the production of automobiles with some outstanding and innovative luxury vehicles leaving its production-line. One such vehicle and the last to come out of the factory in 1931 was the 6-cylinder ‘Bergmeister’ or ‘Mountain Master’ so-called because of its numerous successes in mountain races.

The new ADR 630 Shooting Grand features plug-in hybrid technology (PHEV) producing 1,198 bhp and 1,180 lb. ft torque. With a purely electrical range of 250 km, capable of accelerating to 62mph in 2.5 seconds and a top speed in excess of 200mph. 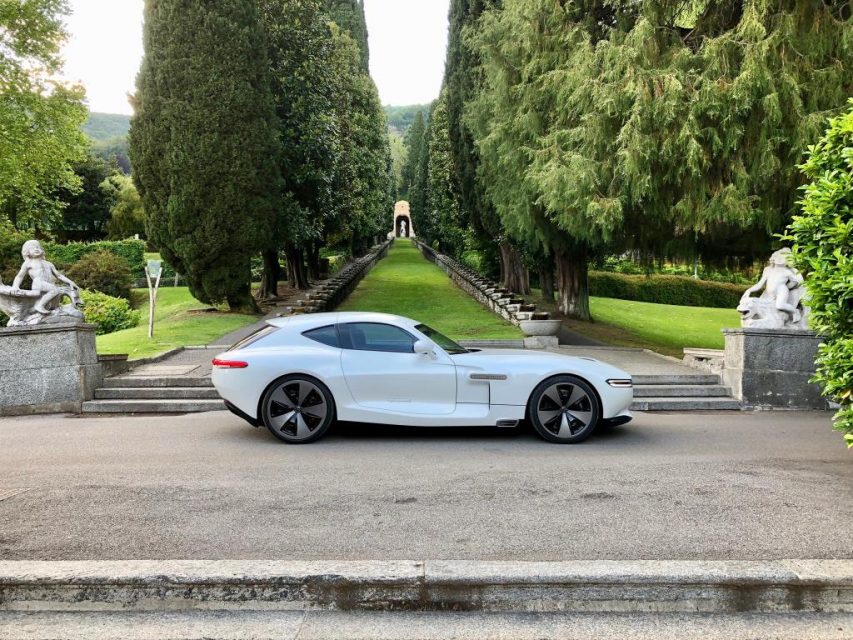 Finally Team Tushek, founded by Slovenian racing driver, Aljosa Tushek proudly launches its sensational TS 900 H APEX at this year’s Salon Privé. A lightweight hypercar on the road with curb weight of just 1410 kg, producing aTop speed of 236 mph and 0 to 60 mph in 2.5 seconds from 2 electric motors and a petrol V-8 produce 950 hp and more than 1,400 Nm torque. (That V8 might explain why it’s not really that light, eh?) 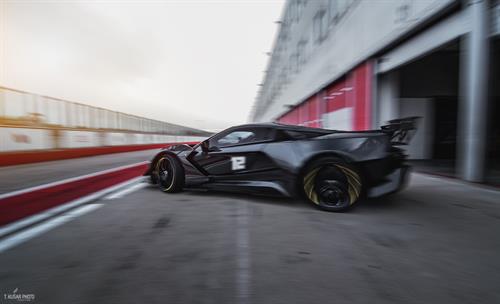 Amongst the more familiar showcases and launches there is the European debut of the limited edition Rolls-Royce Ghost Zenith which made its North American debut recently at Pebble Beach and Alpine will unveil the most intense version of its lightweight 2-seater – the A110S. 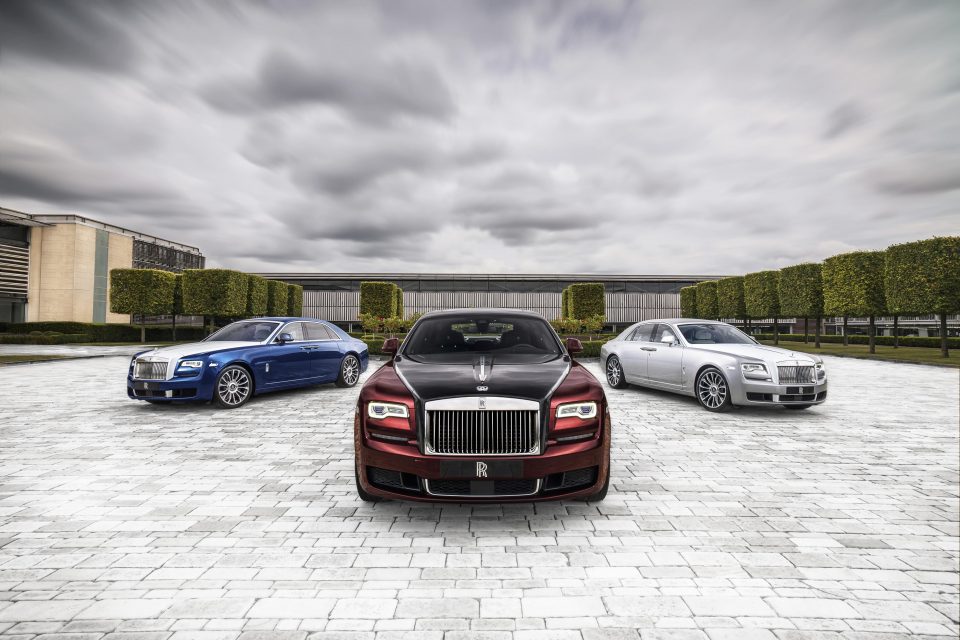 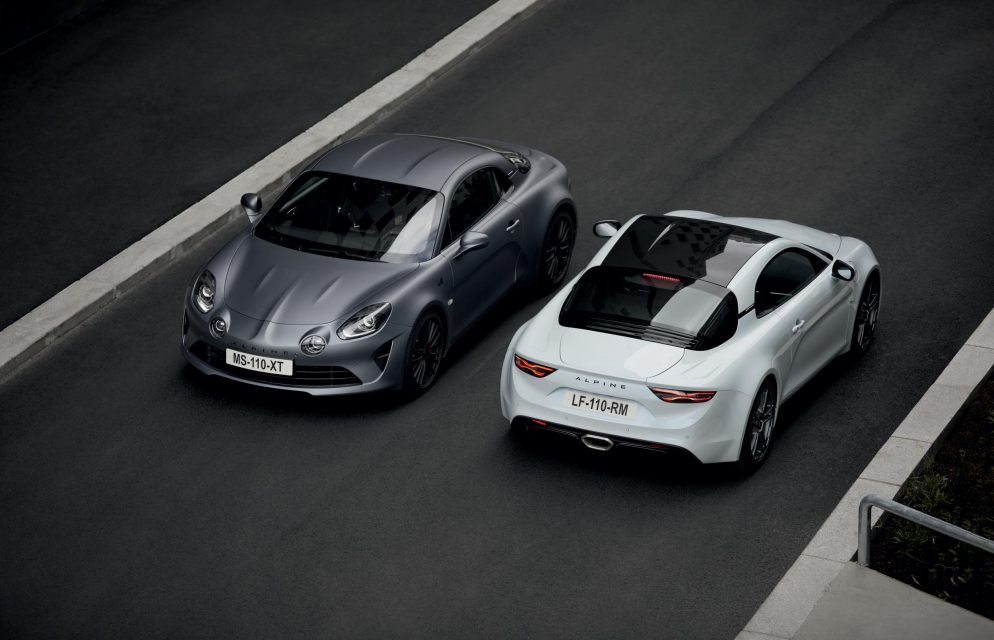 There’s more, the full line-up of classic cars and motorcycles due to grace the lawns of Blenheim Palace have been revealed. (see below)

The 77 entries fly in from 11 countries. A new format sees Salon Privé Concours d’Elégance run across 2 days with Best of Show announced on Friday 6th September. 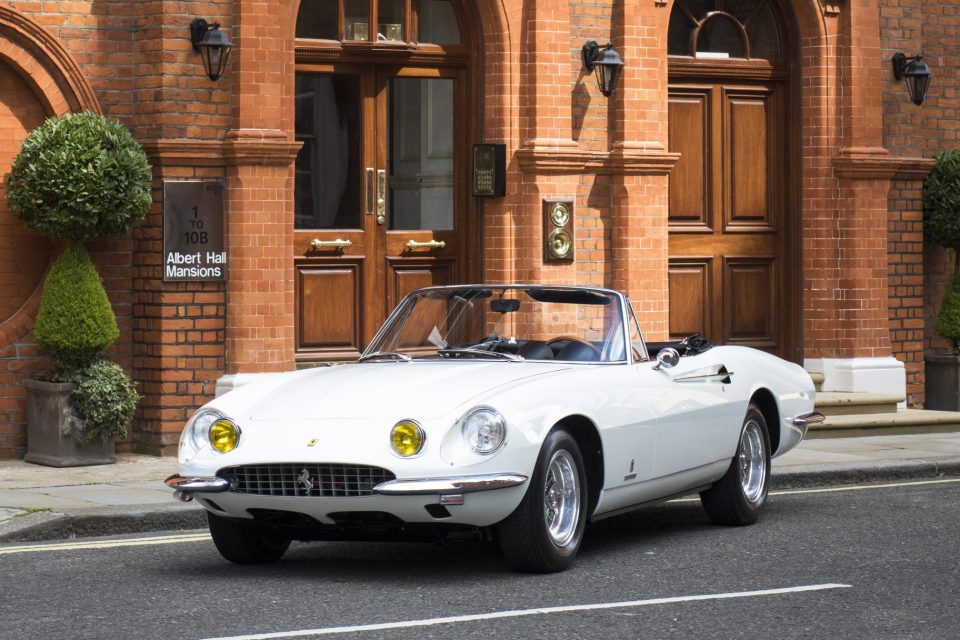 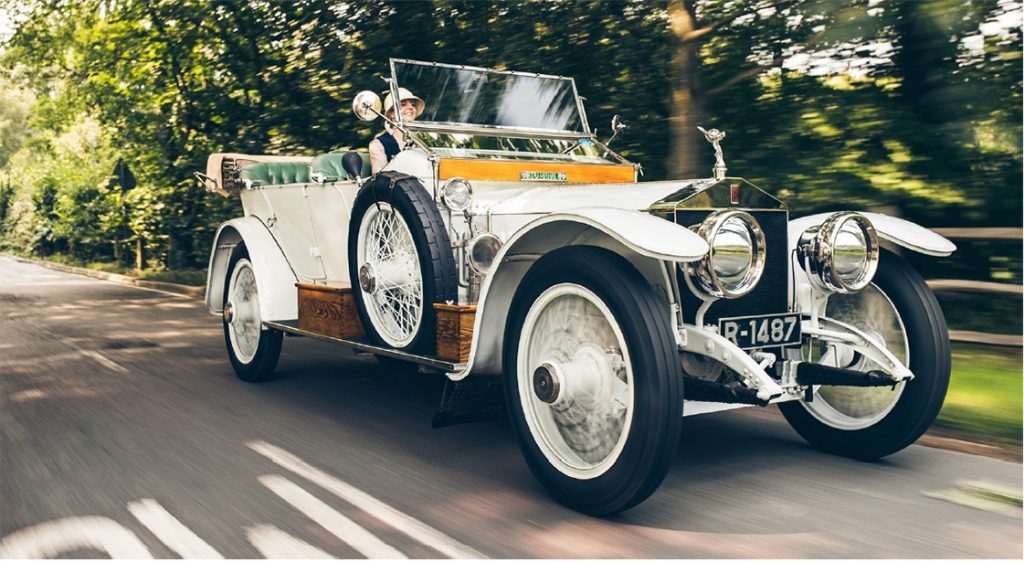 This year’s Salon Privé Concours d’Elégance by Chubb Insurance features what is without a doubt one of the most spectacular collections of rare, classic cars and motorcycles ever shown on UK soil with 57 cars and 20 motorcycles all on parade. With more than 3,000 classic & super cars spread across the lawns of Blenheim Palace over the full 4 days, the organisers are justifiably excited about next week’s event. From early vintage cars through to tomorrow’s classics and everything in between, this year’s event is a ‘must-attend’ for every car enthusiast and aficionado. With Salon Privé’s signature dish of Lobster for luncheon and Pommery Champagne throughout the day, it’s an unforgettable experience. The full entry list is shown below:

Our Website uses cookies to improve your experience. Please visit our Supercar Launch Pad and more in store at Salon Privé page for more information about cookies and how we use them.