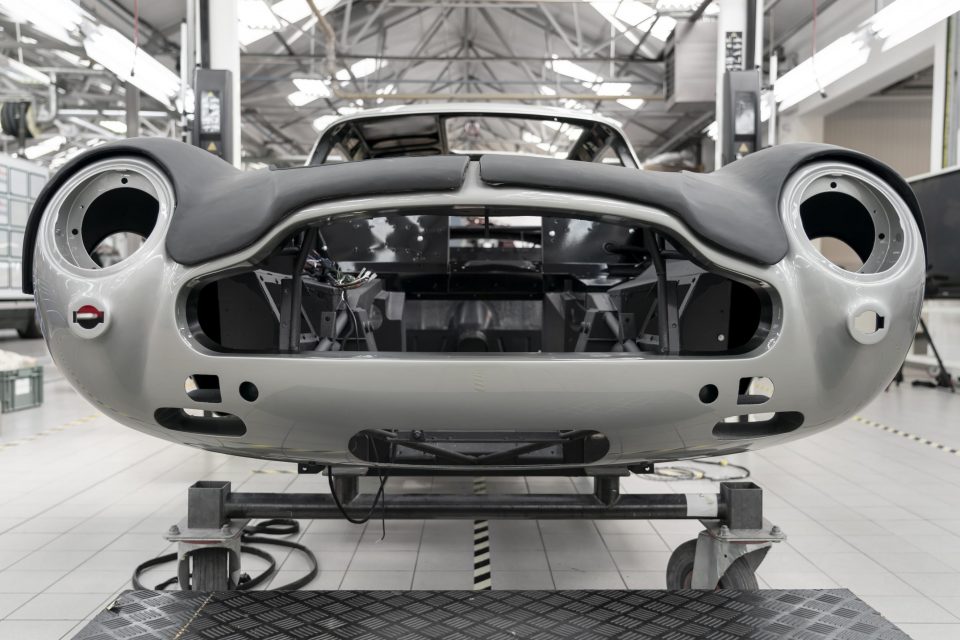 Dubbed ‘the most famous car in the world’ and renowned as being among the most desirable and sought-after classic Aston Martin models, the DB5 has become a byword for timeless style and sports car desirability. Fewer than 900 saloon examples were built by the brand between 1963 and 1965, with by far the most famous of the original owners being the world’s best-known secret agent – James Bond – who first drove the car that is today inextricably linked with him in the 1964 film, Goldfinger. 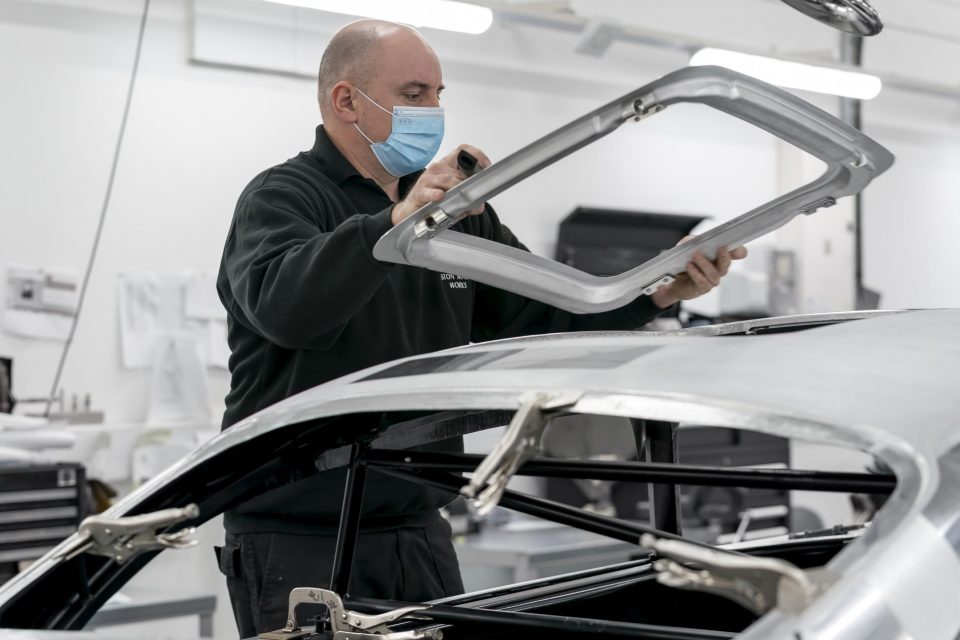 Now, 55 years after the last new DB5 rolled elegantly off the production line at Aston Martin’s then global manufacturing base in Newport Pagnell, Buckinghamshire, work is once again under way there on a strictly limited number of new DB5 models. Created in association with the producers of the James Bond films, EON Productions, and featuring a broad suite of working gadgets first seen on screen in the 1964 film, the Aston Martin DB5 Goldfinger Continuation cars are history in the making. 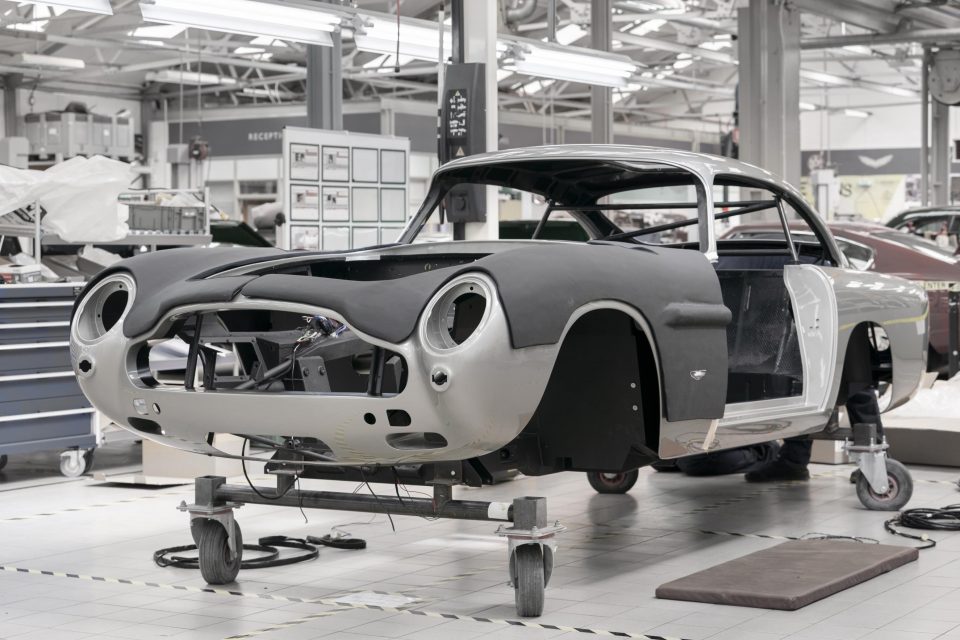 The latest in Aston Martin’s phenomenally successful Continuation car programme which began in 2017 with the DB4 GT Continuation the new DB5 models represent among the most valuable new cars yet brought to market by the British luxury brand. Each DB5 Goldfinger continuation car is priced at £2.75m, plus taxes. 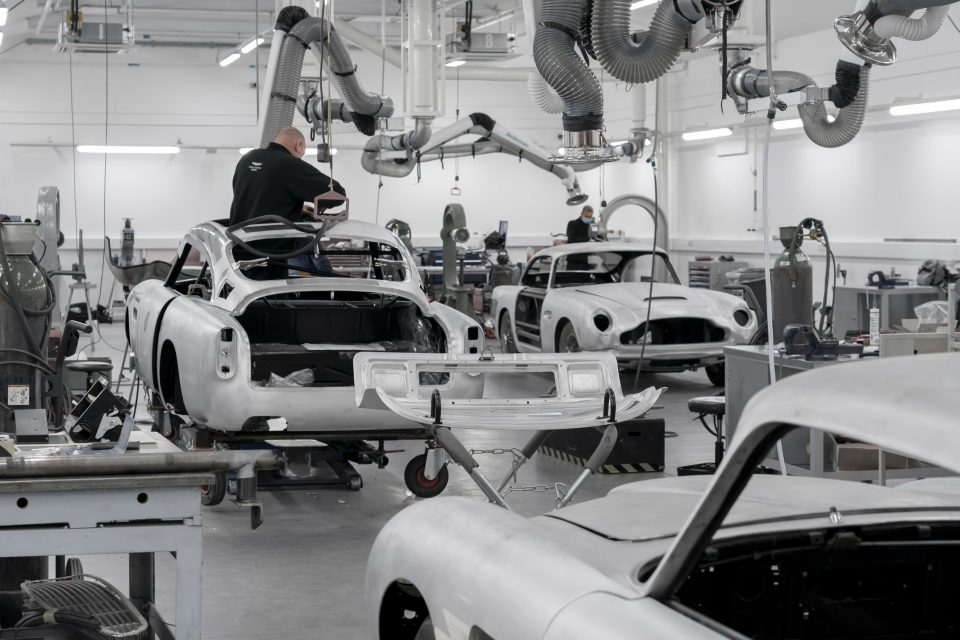 The meticulous DB5 Goldfinger Continuation construction process – which takes around 4,500 hours per car – is being undertaken at Aston Martin’s globally renowned Heritage Division headquarters in Newport Pagnell, Buckinghamshire. Now the largest, best equipped and most knowledgeable Aston Martin restoration centre in the world, the invaluable and highly specialist skills nurtured at Aston Martin Works are perfectly suited to the brand’s celebrated Continuation projects. 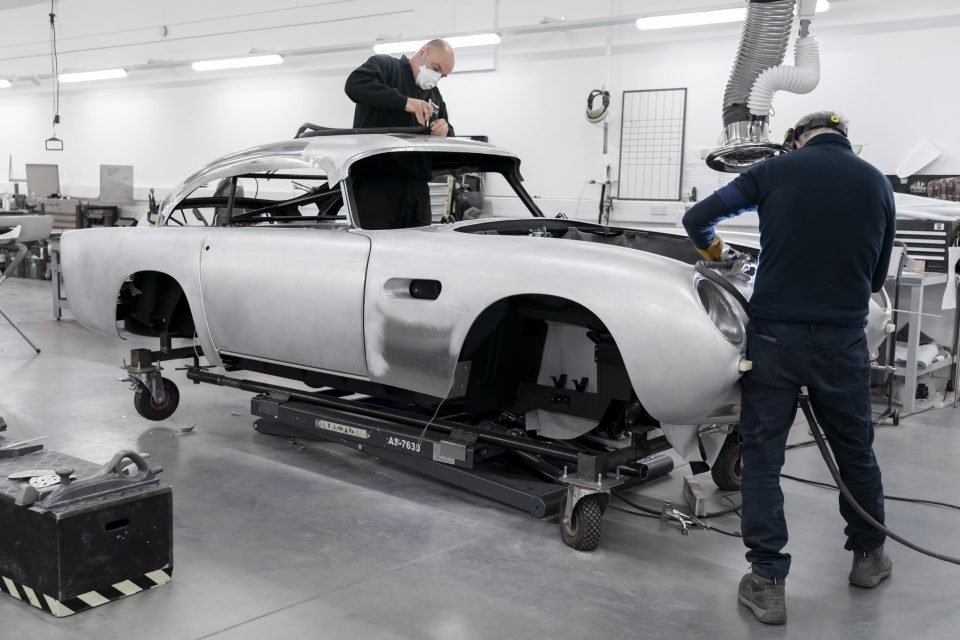 Each of the 25 new cars is being built to the highest possible quality using a blend of Sir David Brown-era old world craftsmanship, with the sympathetic application of modern engineering advancements and performance enhancements, alongside the integration of cutting-edge gadgets developed in association with Chris Corbould OBE, the special effects supervisor who has worked on more than a dozen Bond films.

The list of Bond-inspired gadgets includes the following features, all familiar to viewers of the classic 1964 big screen hit.

All the new cars are meticulously detailed authentic reproductions of the DB5 seen on screen, with some sympathetic modifications and enhancements to ensure the highest levels of build quality and reliability. All the DB5 GoldfingerContinuation cars are being built to one exterior colour specification – Silver Birch paint – just like the original. 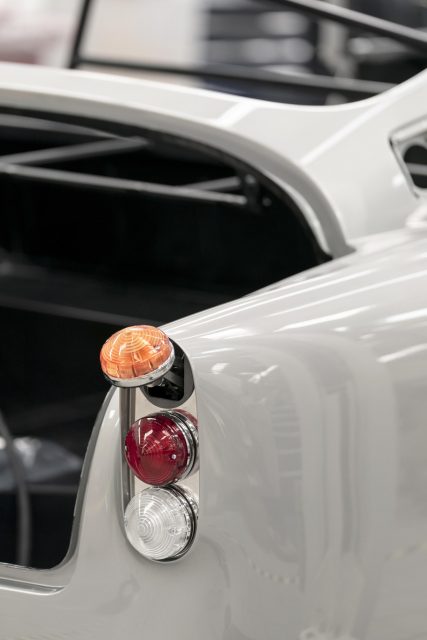 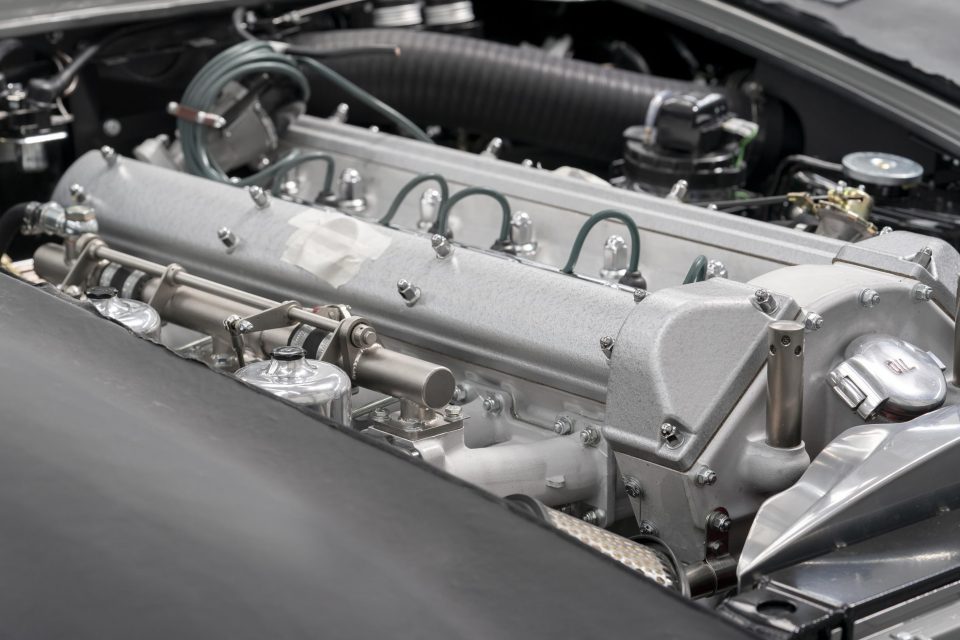 Servo-assisted hydraulic Girling-type steel disc brakes, rack and pinion steering – which does not feature assistance – and a suspension set-up comprising coil over spring and damper units with anti-roll bar at the front, and a live axle rear suspension with radius arms and Watt’s linkage, complete the dynamic package. 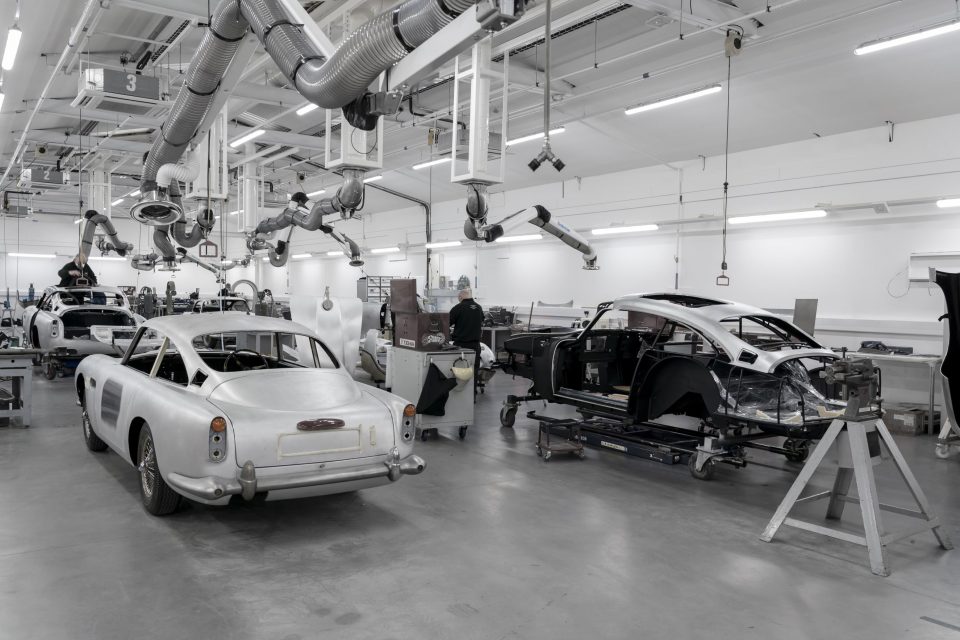 Paul Spires, President of Aston Martin Works where the original DB5 was built and the new cars are also being created, said: “We are making, perhaps, some of the most desirable ‘toys’ ever built for 25 very lucky buyers worldwide.

First deliveries of the DB5 Goldfinger Continuation to customers will commence in the second half of 2020. 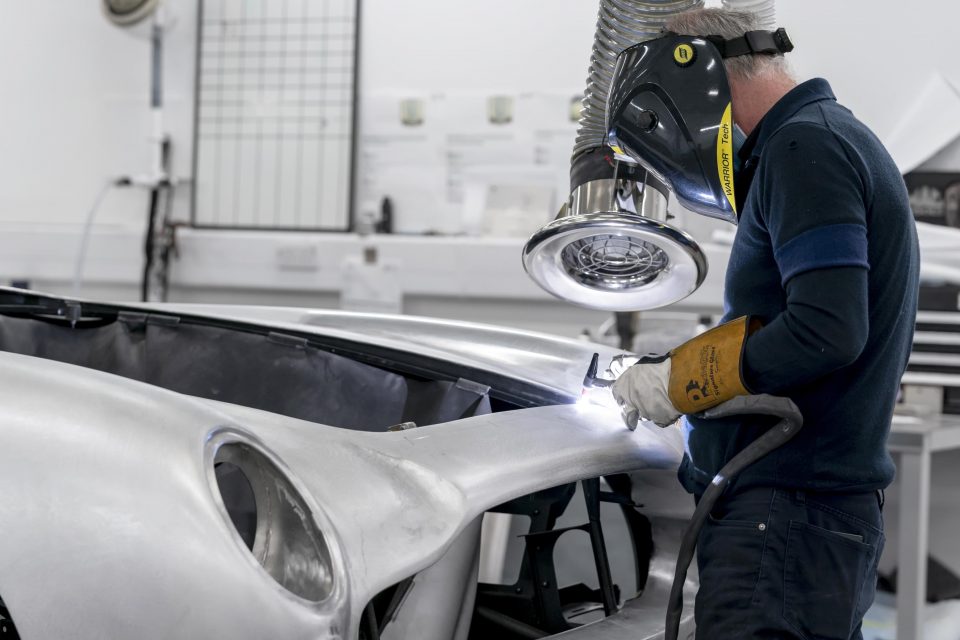 Our Website uses cookies to improve your experience. Please visit our Aston Martin DB5 production resumes after 55 years page for more information about cookies and how we use them.