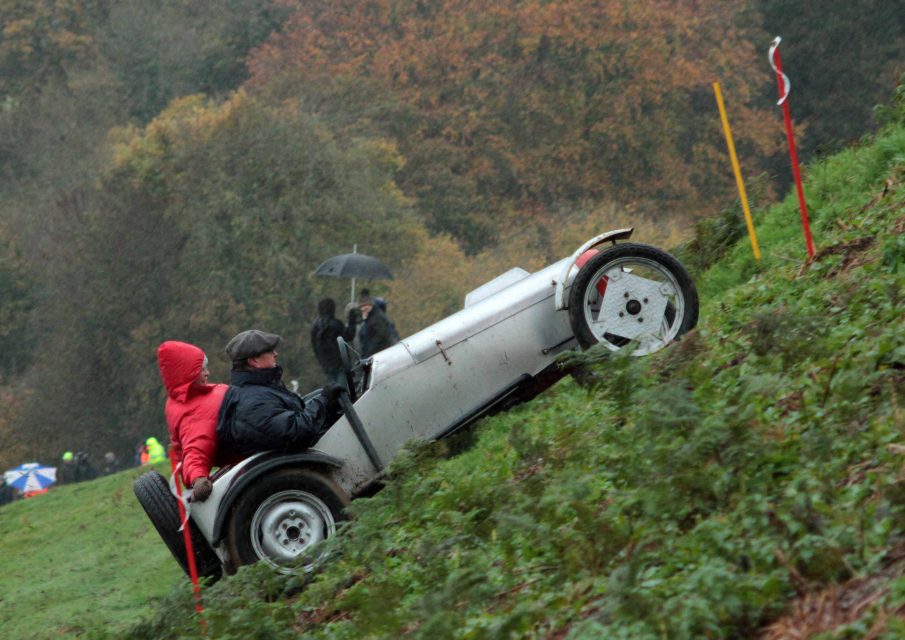 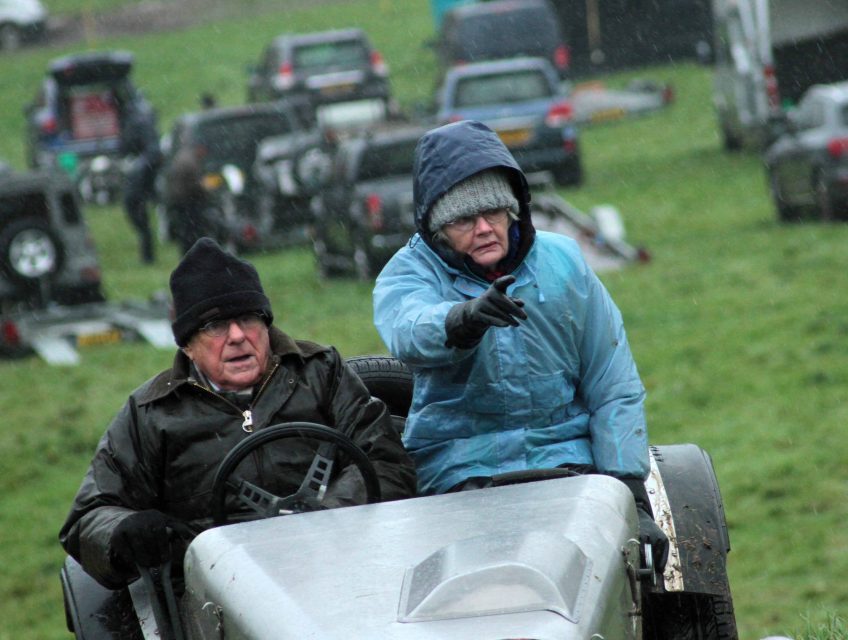 Sixty competitors took to the course battling the elements of cold and rain which stayed for most of the day. Even a few of the hardiest competitors decided to call it a day even before the lunch break! 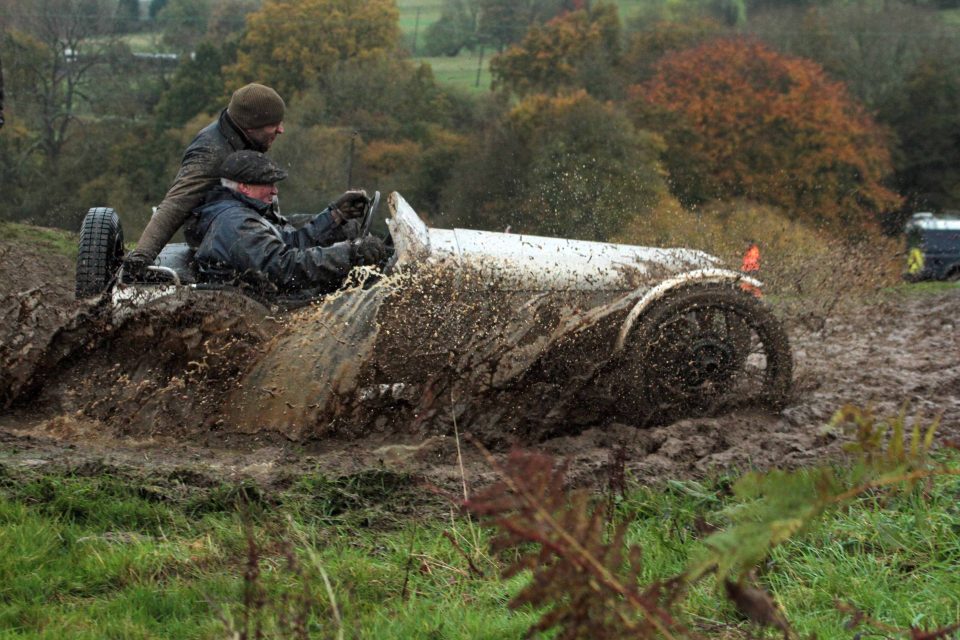 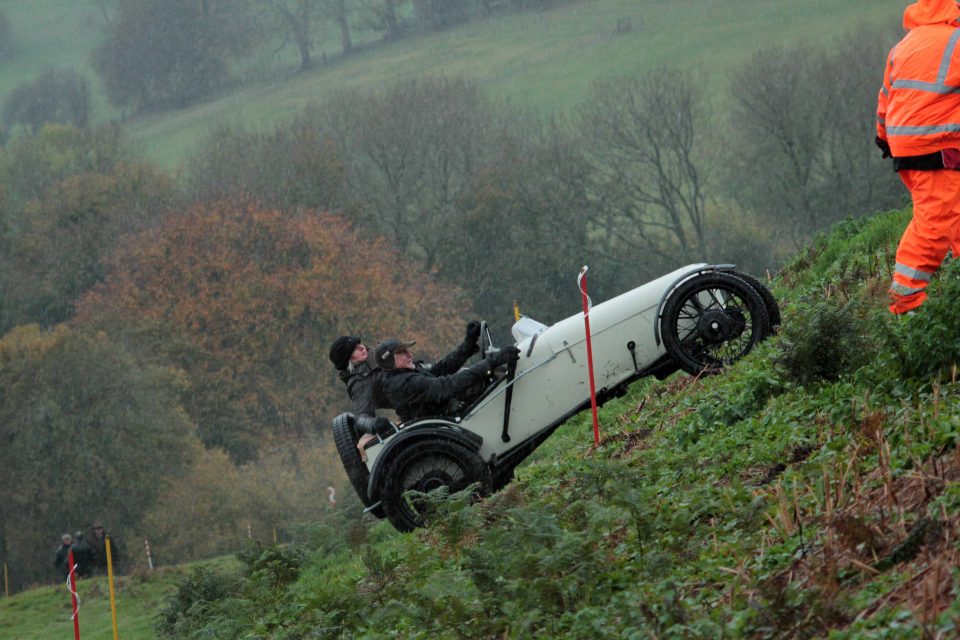 The Veale family had laid out 6 long, wide and sensible sections all of which were cleaned by at least one competitor during the first lap. With it still raining heavily the sections were altered for the second lap resulting in the best scores on most hills being 1 or 2. Hill 6 had a long run up to a ridge  but the conditions were so bad that in the Historic class only John Fack and Mike Bletsoe-Brown managed to crest the brow. 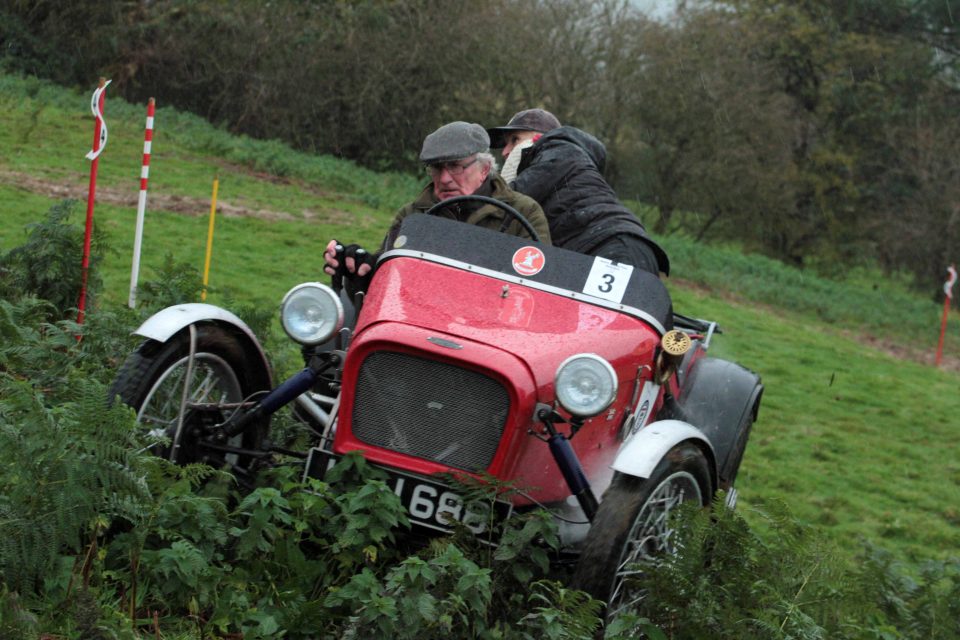 During the very brief lunch stop the Clerk of the Course, Josh Veale, opened out all the sections and scores dropped accordingly. Mark Busfield’s full on attempt at the final muddy climb on Section 4 in Historic CWB Trident drew applause from those watching whilst Stuarts Roach’s round of 5 in his Alexis was only one behind the eventual class winner. 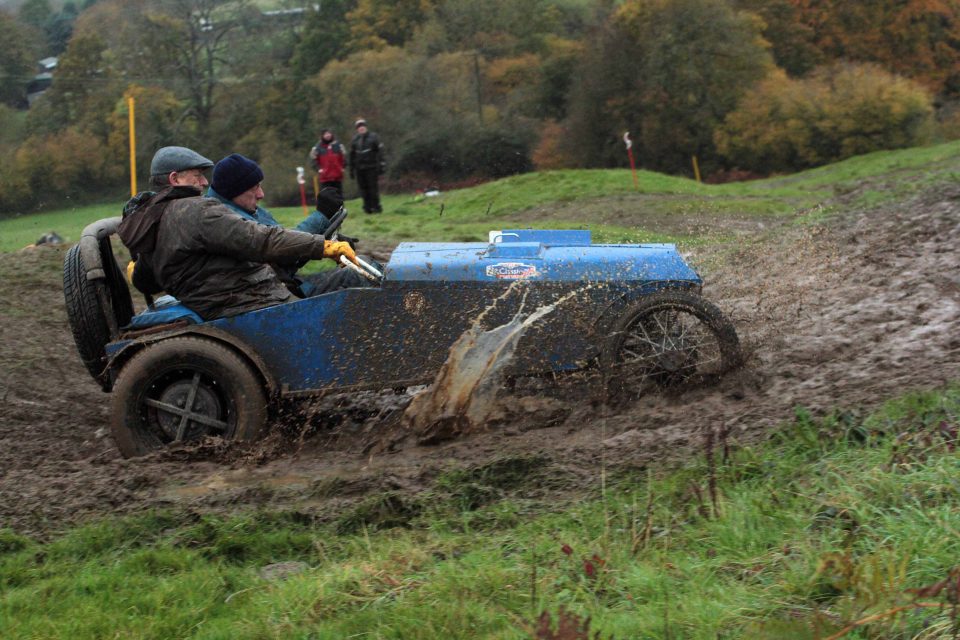 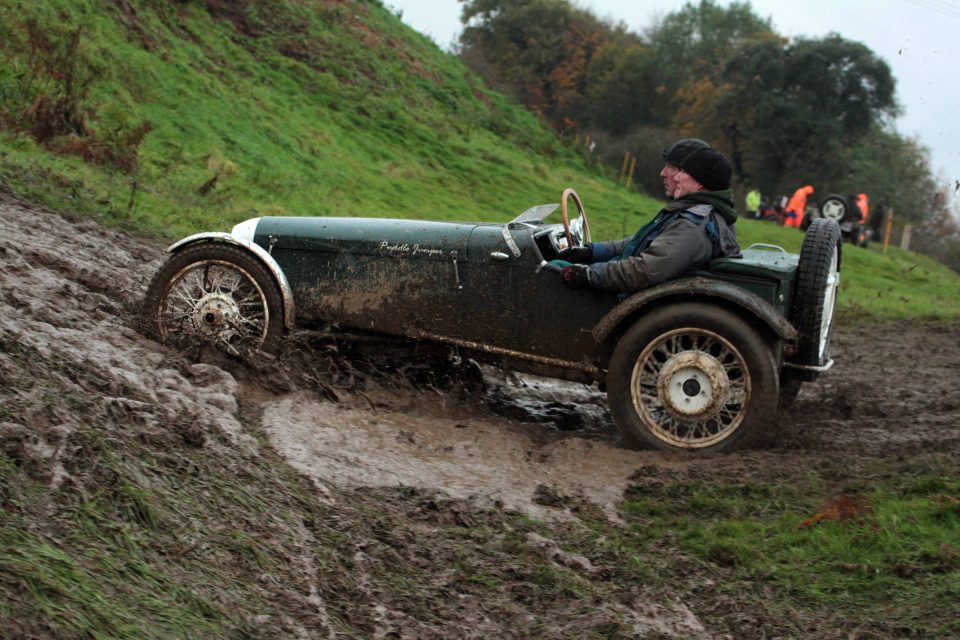 There were a few newcomers entered and they were thrown in at the deep end. Tony Thorpe shared his recently restored Cannon with HSCC racer Richard Disbrow whilst Historic F3 competitor Andy Jarvis borrowed a Cannon from Mark Linstone.  Racer Jonathan Loader was out in his freshly restored Cannon along with VSCC man Nigel Glover who was driving his newly acquired ex-Peter Goodchild Cannon replica. To their credit all finished, no mean feat in such appalling weather. 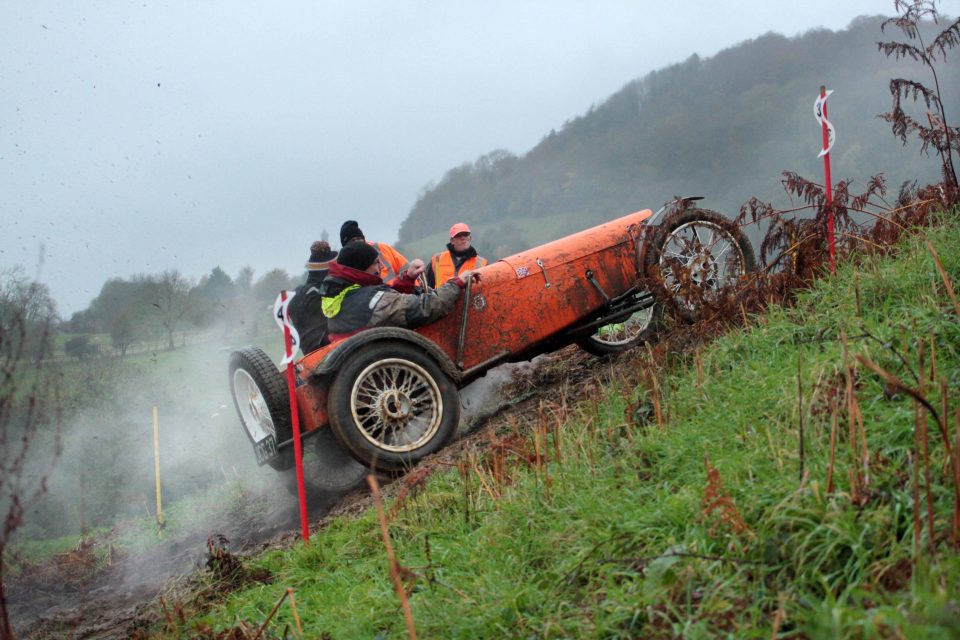 In the end the experienced trials drivers shone with Mark Howse taking the Post Historic class from Andy Gowan by 12 marks, whilst in the Historic class things were much closer with Ian Wright prevailing over John Fack by just 2 marks. 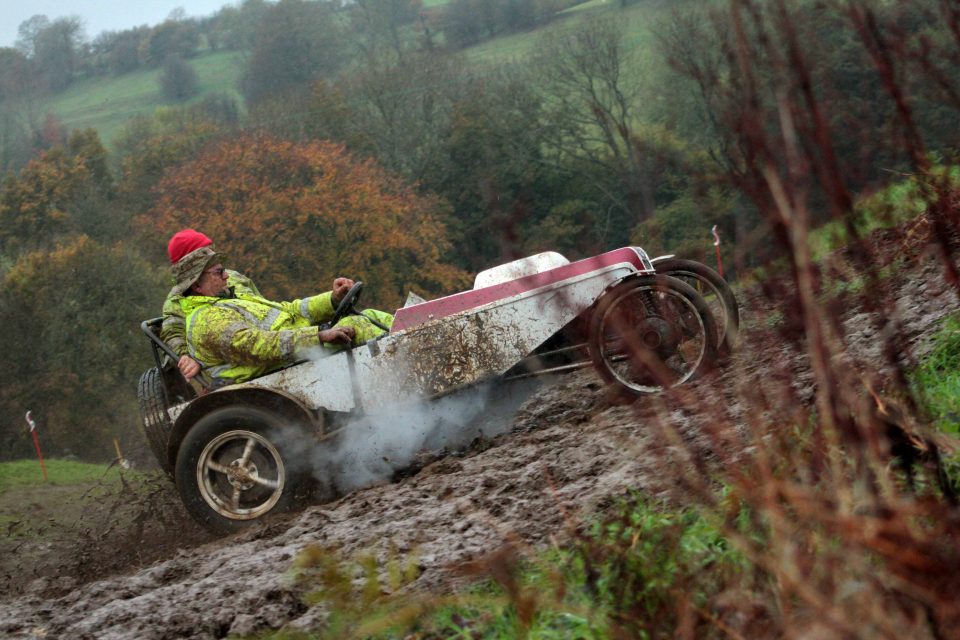 The organisers and marshals are to be congratulated in running a great trial in very challenging conditions. 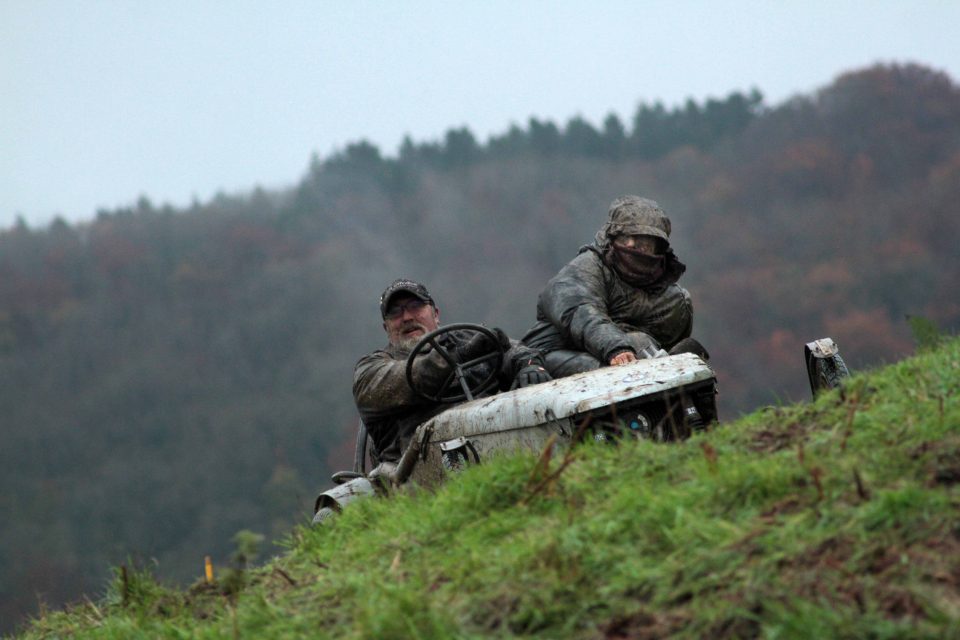 Our Website uses cookies to improve your experience. Please visit our Wotton Historic Sporting Trial page for more information about cookies and how we use them.