What’s in store at the London Concours

The London Concours, is this year presented by the world-class watch maker Montres Breguet, all set in the idyllic lawns of the Honourable Artillery Company from 5-6 June.

The show car display will feature more than 70 automotive greats in seven distinct classes: Great Marques – Ferrari, Great Marques –Jaguar, The Icons, The Innovators, The Outlaws, Made in Germany and Lost Marques.

Amongst this year’s feature exhibits you can expect to see a snapshot from one individual’s car collection; revealing the personal stories and immense passion behind it. This year, London Concours’ The Collector is London-based, Julian Balme, showcasing a selection of legendary automotive Americana – think hot rods and big block V8s! 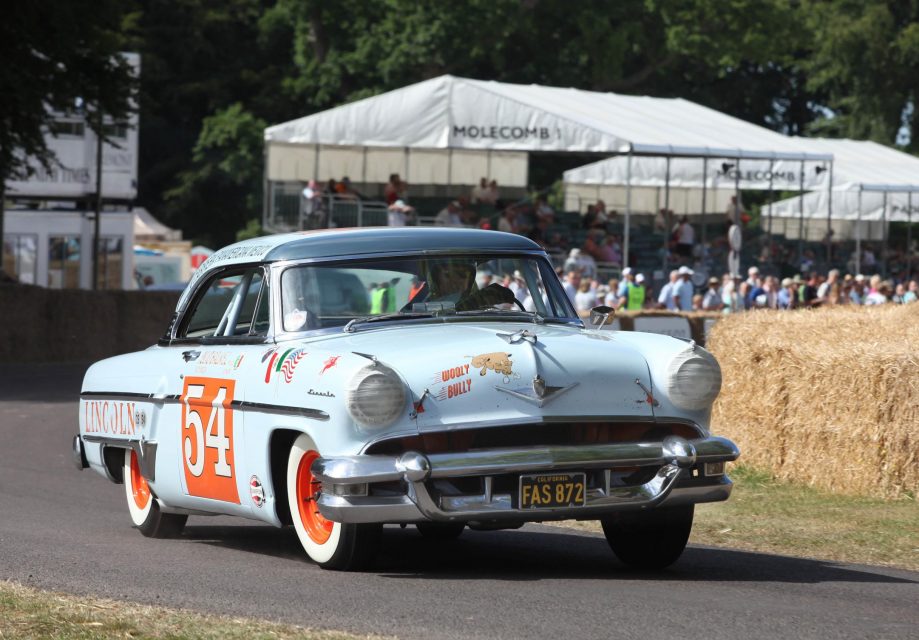 If Jaguar’s are your thing, then there will be a special display of iconic Jaguar models in its ‘Great Marques – Jaguar’ class, presented by Truefitt and Hill. With a line-up of 10 of the finest cars to have ever rolled off the Jaguar assembly line, together they define what makes Jaguar an icon of the British automotive industry. 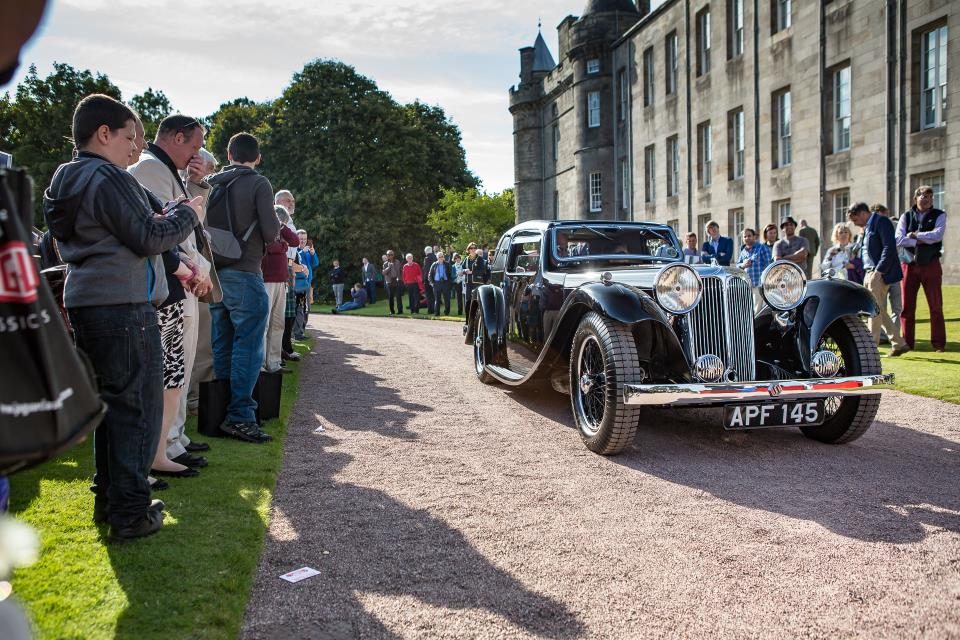 From success on the greatest race tracks in the world to cruising the sweeping boulevards of Hollywood, each car in this class has transcended generations to take its place on a list of the greatest Jaguars – and even the greatest cars – ever built.

Perhaps the most notorious British automotive icon is the Jaguar E-Type; the coveted model that Enzo Ferrari himself described as the ‘most beautiful car ever made’. Quickly identified as a must-have model amongst the world’s rich and famous, Jaguar produced 70,000 cars throughout its 14-year production run. Such was the majesty of the E-Type is that you were just as likely to see the car cruising through the South of France as you were to see its Lightweight brethren on the world’s racing tracks.

Amongst the business exhibits at the show, be sure to have a close up look of the Evolution E-Type on the Evolution stand, a stunning classic car made better and more reliable for everyday driving.

But no Jaguar celebration would be complete without delving right back into the marque’s early history, including its time under the Swallow Sidecars badge. The London Concours will be displaying the SS1 Fixed Head Coupé, first revealed to the world at the 1931 London Motor Show. Only 158 were ever built. 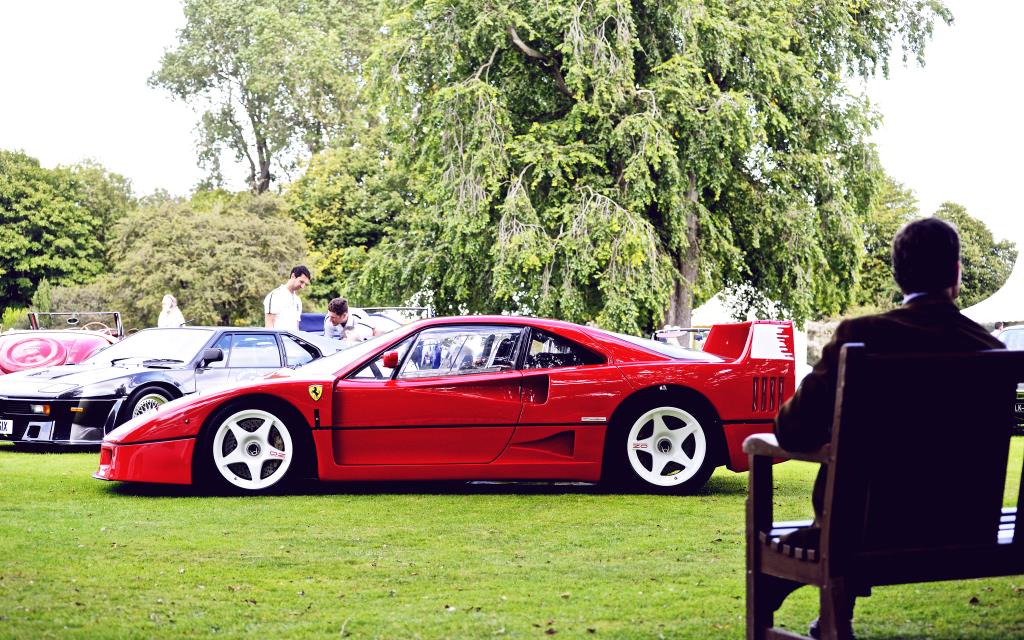 ‘The Icons’ presented by Footman James, in association with Azur will feature an astonishing line-up of 13 cars, from Rolls-Royce Silver Ghost to Ferrari F40, each came to define their generation

The ‘Lost Marques’ class is an homage to names like Alvis, Frazer-Nash, AC, Trident, Iso and more and will feature one of the beautiful Bertone-designed Iso Grifo, combining elegant Italian style and raw American muscle. With engines borrowed from the Chevrolet Corvette the Grifo was, at the time, one of the fastest production cars in the world, capable of well over 140mph. The example at London Concours is the most powerful Grifo GL 365 variant.

Rarer still is the Frazer-Nash Le Mans Replica on display at London Concours, one example of just 50 produced. With a dependable six-cylinder Bristol engine under the bonnet, the Le Mans proved to be enormously successful in period, notching up wins at the Targa Florio in 1951 and at Sebring in 1952. The car on display at London Concours was bought new by the man that ran Bristol Cars for more than 50 years, Tony Crook.

The little-known Trident Clipper V8 was originally intended to be TVR’s range topper, the TVR Trident, and was featured in early TVR brochures and adverts. Powered by the Ford 289 engine and clothed in an elegant body styled by ace designer Trevor Fiore (who was later Director of Design for Citroen), it was blisteringly quick; 0-60mph took just 5 seconds! TVR’s financial difficulties led to Trident being set up as a separate company, producing a total of 39 cars, one of which is coming to London Concours.

The AC 16/80 on display is the very first of just 14 ‘Sloping-Tail’ examples, and the actual 1938 London Motor Show car. It’s appearance at London Concours will be the first time this car has been publicly exhibited since its export to the USA in the 1960s.

Then there’s the arguably unique Alvis Graber Super Cabriolet, the very car displayed at the 1965 Geneva Auto Salon, and ordered as a special commission by Julian Oishei, the man credited with bringing the windscreen wiper to the world. With its all-aluminium coachwork over traditional ash frame it’s an intriguing blend of craftsmanship and innovation. 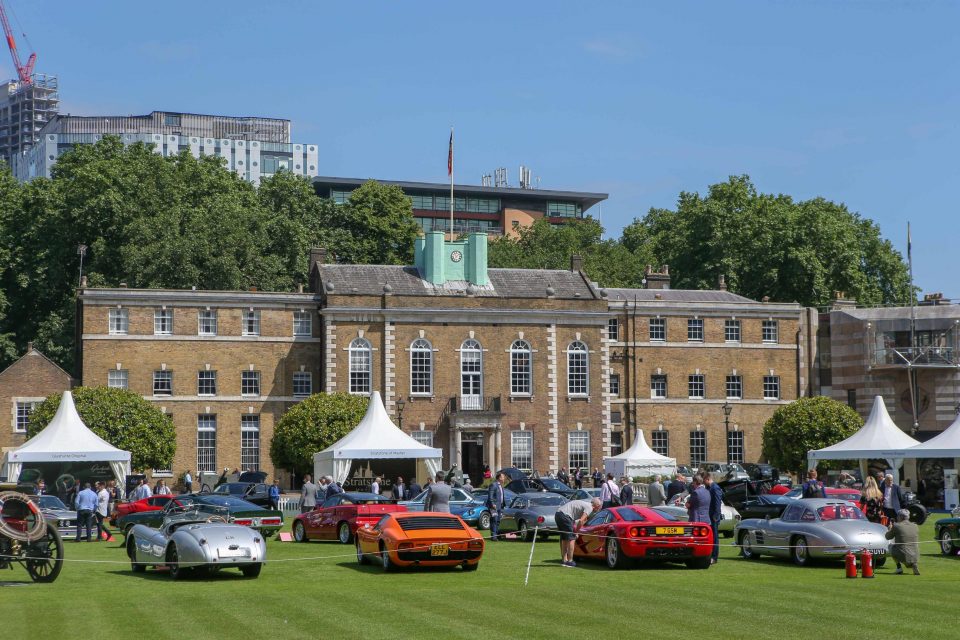 The Innovation Class brings together cars that blazed a trail with new technology both on the race track and on the road. Expect to see the first ground effect Formula One cars and innovators like the Bugatti EB110; the first road car to use carbon fibre monocoque. Meanwhile, ‘Made in Germany’ is a veritable greatest hits of the finest cars from Porsche, Mercedes, Audi and more.

Also featuring at the London Concours will be a display of ‘The Outlaws’; classic modified cars that are part of a recent global phenomenon spearheaded by the likes of Rod Emory.

The London Concours 2019 takes place from 5-6 June. Tickets are available to buy now from www.londonconcours.co.uk/tickets

Our Website uses cookies to improve your experience. Please visit our What’s in store at the London Concours page for more information about cookies and how we use them.