Built in 1967, making it one of the last Mk1 Minis, the car was registered and delivered in 1968 to Mrs B Jones, who purchased the car in order to learn to drive. When she was unsuccessful in her endeavours the car was garaged, where it remained until it was auctioned by her family just a few years ago. 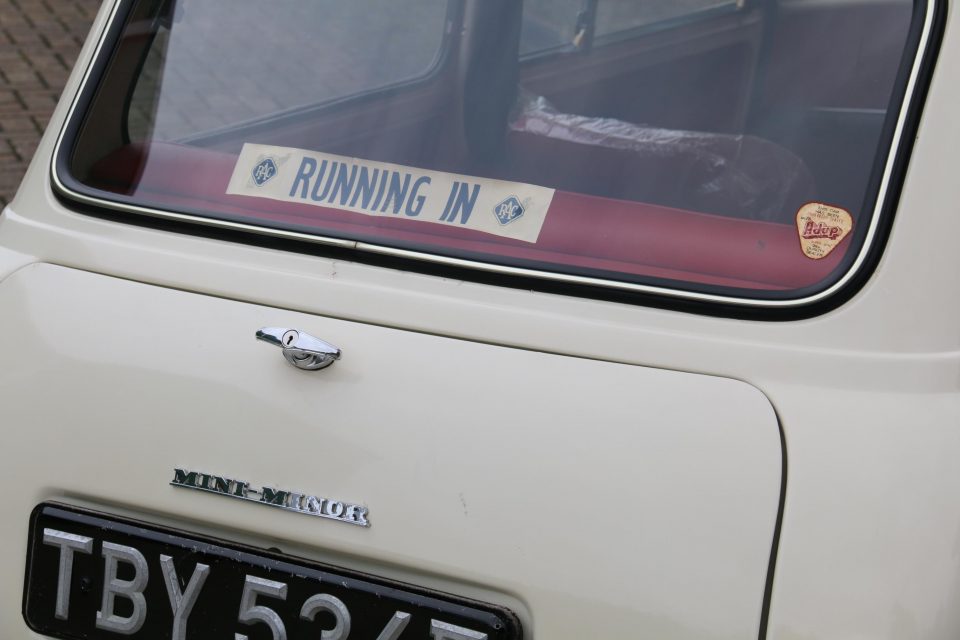 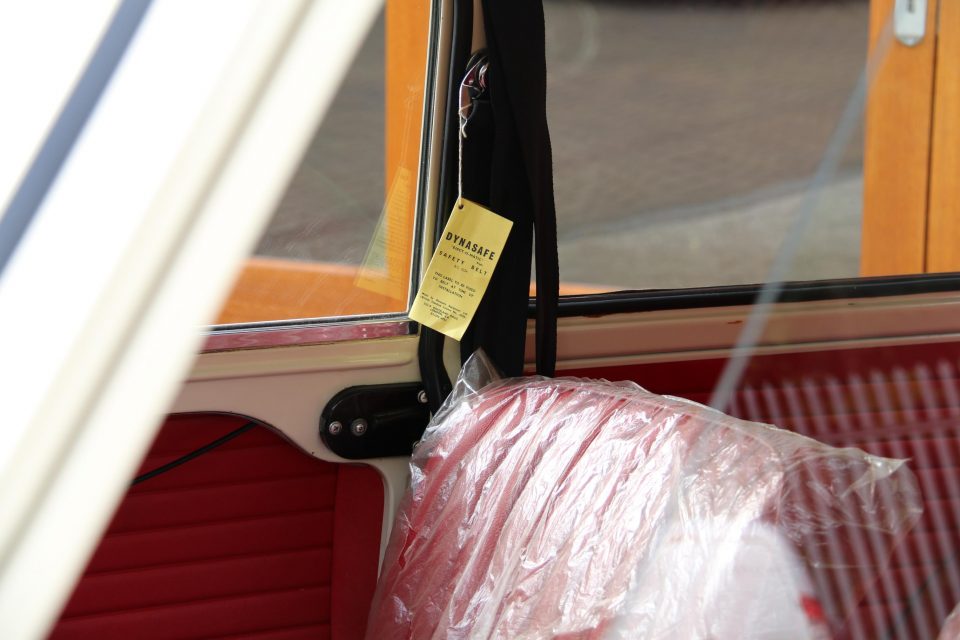 With just 272 miles registered on its odometer, the 1968 Mk1 Morris Minor-Mini Super De Luxe is offered as it would have been delivered more than 50 years ago, with even the plastic seat covers fitted and intact. This unique car is appropriately being offered in Mini’s 60th anniversary year.

The result is an extraordinarily original example of the Mk1 Mini, which preserves the smallest details that are lost with even the most faithful of restorations or more heavily-used originals. The door strikers, which were painted in Old English White to match the bodywork and that usually become chipped with use, are completely intact, as are painted screws that would typically be prone to rust.

Inside, the original Tartan Red interior, which often fades in the sunlight, is as bright as the day the car left the showroom more than half a century earlier. Even the optional safety belts that were fitted at the time of the car’s pre-delivery service sport the manufacturer’s original cardboard label. 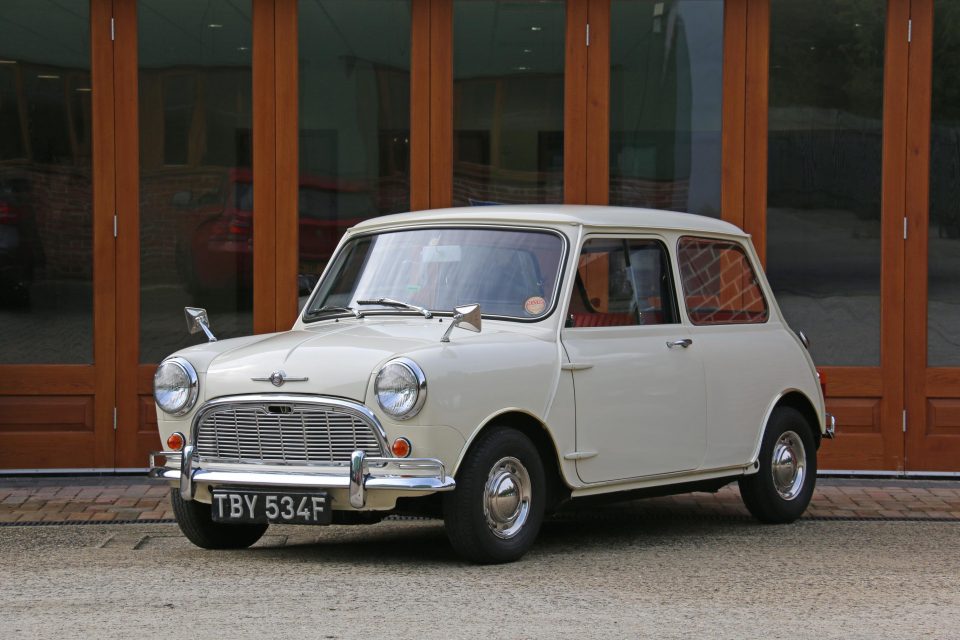 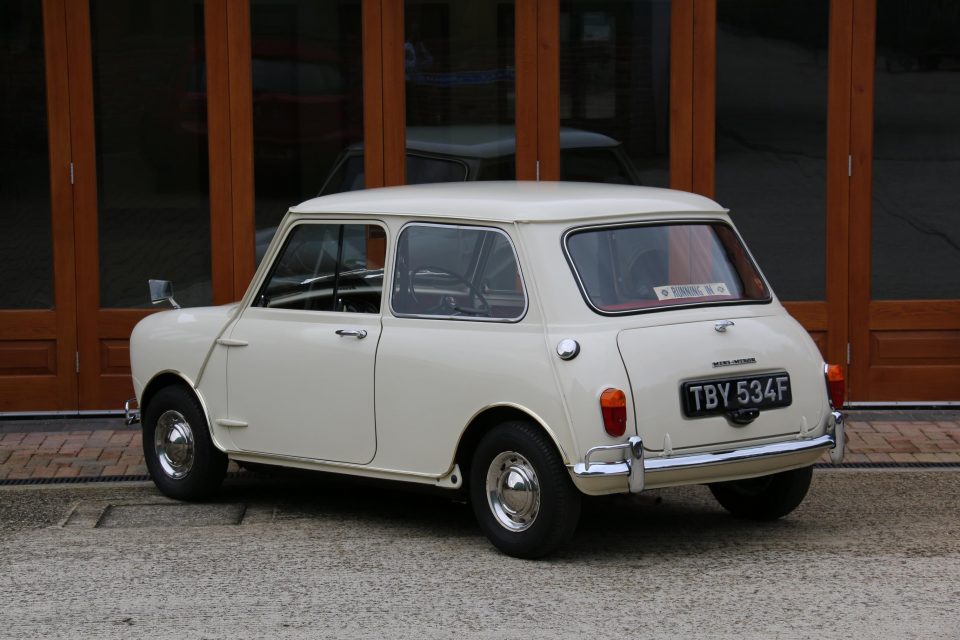 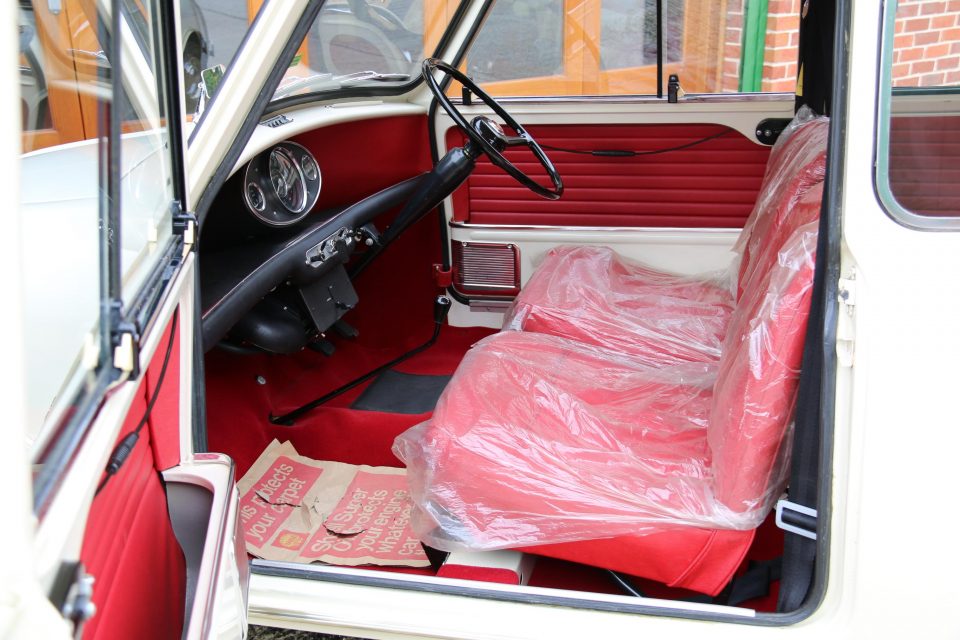 Our Website uses cookies to improve your experience. Please visit our Time Warp 1968 Morris Minor for sale page for more information about cookies and how we use them.