Private Collection to be offered without reserve at Amelia Island

Keith Crain built a reputation in the automotive world by traveling the globe and interviewing some of the most influential individuals in the industry. Over the decades he has broken some of the biggest stories in the car business, while simultaneously balancing being one of the industry’s toughest critics and biggest supporters. His list of friends includes many of the most prolific names within the automotive industry to those outside of it, from Lee Iacocca and Henry Ford II to Ralph Nader and Jesse Jackson. He’s spent countless hours visiting international auto shows, as well as auto manufacturers to speak with executives and workers alike. He joined Automotive News in 1971 to become publisher and editorial director. Today he is the chairman of Crain Communications Inc. and editor-in-chief of Automotive News. He was inducted into the Automotive Hall of Fame in 2014 and received the Washington Auto Show’s Lifetime Achievement Award in 2018—six years after presenting the award to Roger Penske, who turned the tables and presented the award to Mr. Crain.

It is no small wonder that someone with such an impressive automotive career would be drawn to cars of equal provenance. From pre-war classics to modern supercars, his love of automobiles is reflected in his collection. RM Sotheby’s is excited to announce six incredible automobiles from the distinguished collection of Keith Crain offered without reserve at its 22nd annual Amelia Island collector car auction, held 6–7 March at the Ritz-Carlton. Words by Andrew Miterko 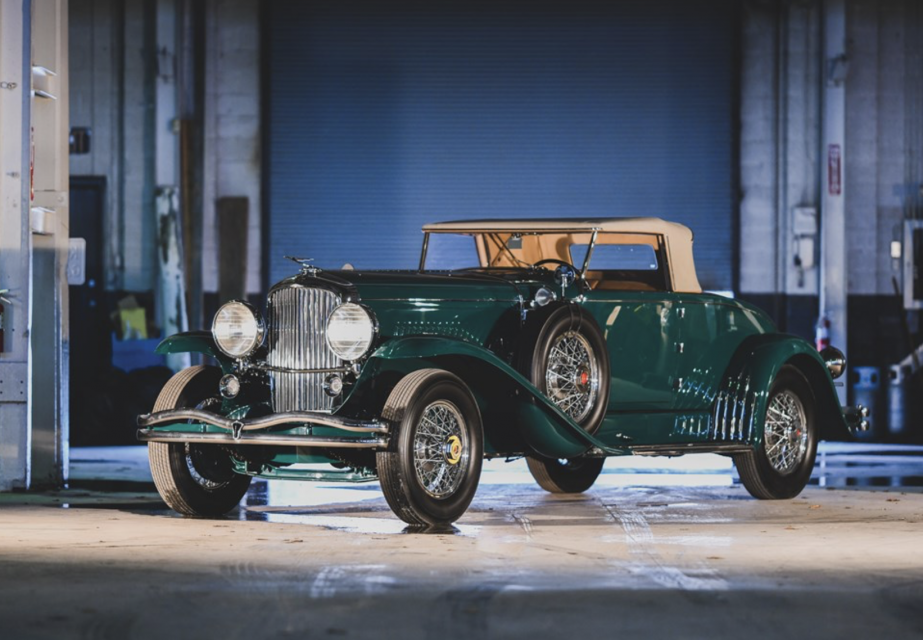 Approximately 25 Murphy convertibles were produced with a conventional folding top, but only this example was sold new to notorious Prohibition-era gangster and con artist Jake “the Barber” Factor. It remained under his ownership for a few months before changing hands several times, eventually being acquired by the legendary restorer Joe “the Duesenberg Doctor” Kaufmann. It went on to be the crown jewel of the Ben Caskey Collection and the S. Ray Miller Museum for two decades. Mr. Crain acquired the Model J in 2004 and has shown it only a handful of times, including at the 2006 Pebble Beach Concours d’Elegance, where it was awarded Second in Class, and the Concours d’Elegance of America in 2014 and 2017, where it received the Lion Award. 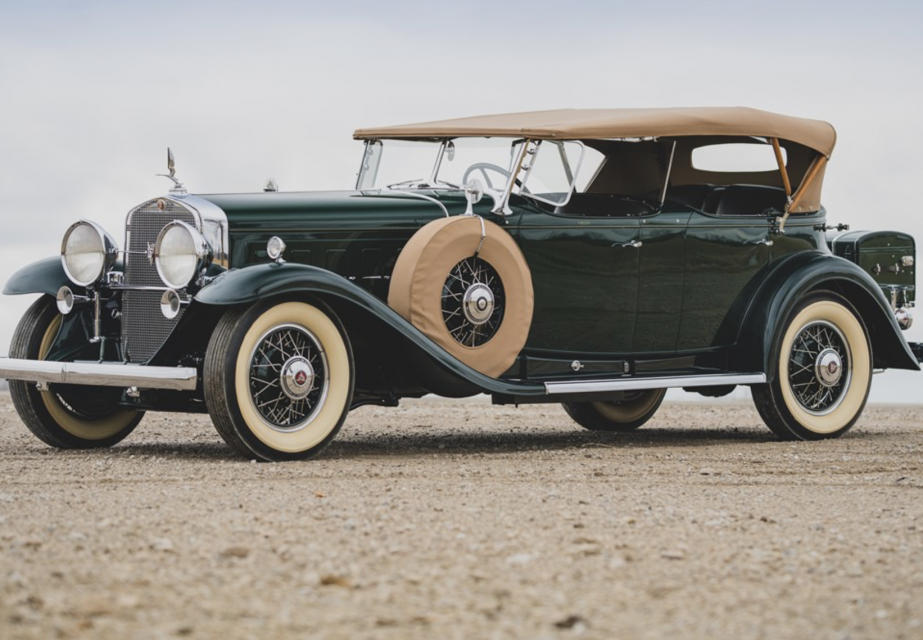 This CCCA Full Classic Cadillac Sport Phaeton is one of just 85 built between 1930 and 1931. The Sport Phaeton’s third owner, Joseph Runyan, purchased the car for just $25 in 1952 before performing a complete restoration including a hand-rubbed paint job in his backyard. After its completion, it won numerous prizes in West Coast competition. The Cadillac later joined the respected Otis Chandler Collection, where it underwent a comprehensive CCCA award-winning restoration before being invited to the Pebble Beach Concours d’Elegance, where it won Third in Class. It has been in the care of the Crain Collection since 2006 and remains highly eligible for prestigious concours events. 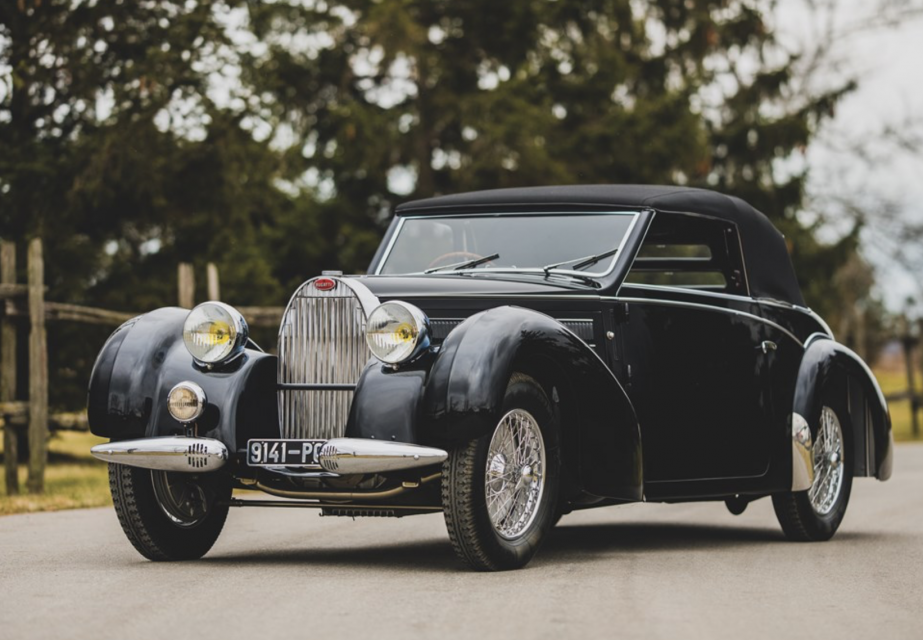 This late-production Bugatti Type 57C was built in July 1939 and features the venerable supercharged engine, Lockheed hydraulic brakes, and telescopic shock absorbers with the beautiful Stelvio cabriolet body style by Gangloff. It spent much of its early life in French ownership before a French-born diplomat living in Pennsylvania tasked Gene Cesari to acquire the best possible Type 57. The result was this 57C, still in its original black with burgundy interior livery, and it was promptly shipped to the United States in 1959. Mr. Crain acquired the 57C in 2006, where it was treated to a concours-level restoration. It was debuted at the 2007 Pebble Beach Concours d’Elegance, followed by the Meadowbrook Concours in 2008 and the Concours d’Elegance of America at St. John’s in 2013. Most recently, it returned to St. John’s in 2018, where it received the Otto Rosenbuch Spirit of the Hobby Award. 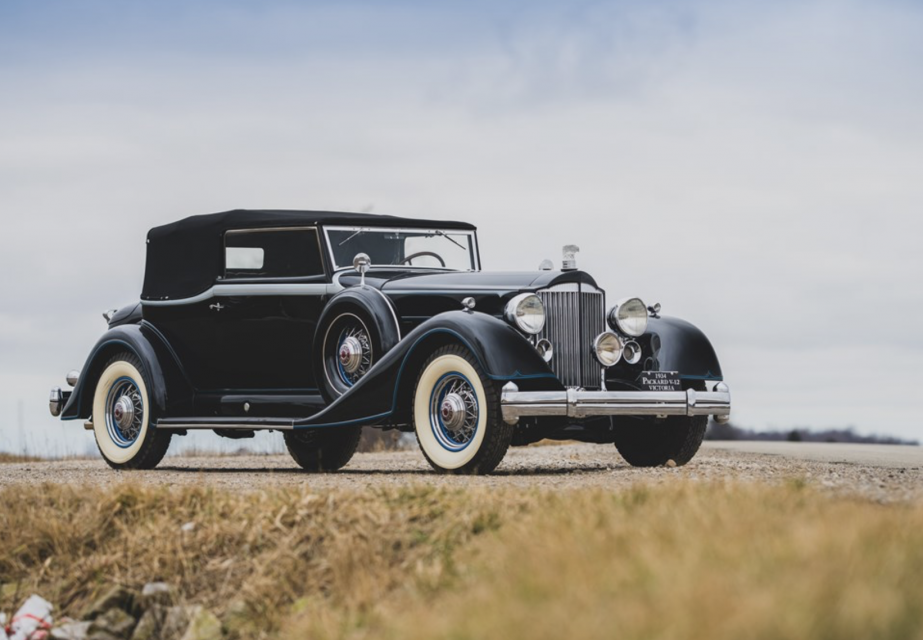 A highly discerning collector, Mr. Crain acquired this magnificent Packard Twelve Convertible Victoria from the renowned and highly selective John McMullen Collection. One of the most beautifully drawn and well-proportioned cars to come from the firm, the Convertible Victoria “represented a design high point,” in the words of historian Edward J. Blend. One of fewer than ten examples to remain in existence, this example has been honored with numerous prestigious awards in its lifetime, including Pebble Beach and Amelia Island Best in Class, as well as Classic Car Club of America Senior First Prize. With the high-quality workmanship still evident today, the Packard presents in exceptional overall condition. 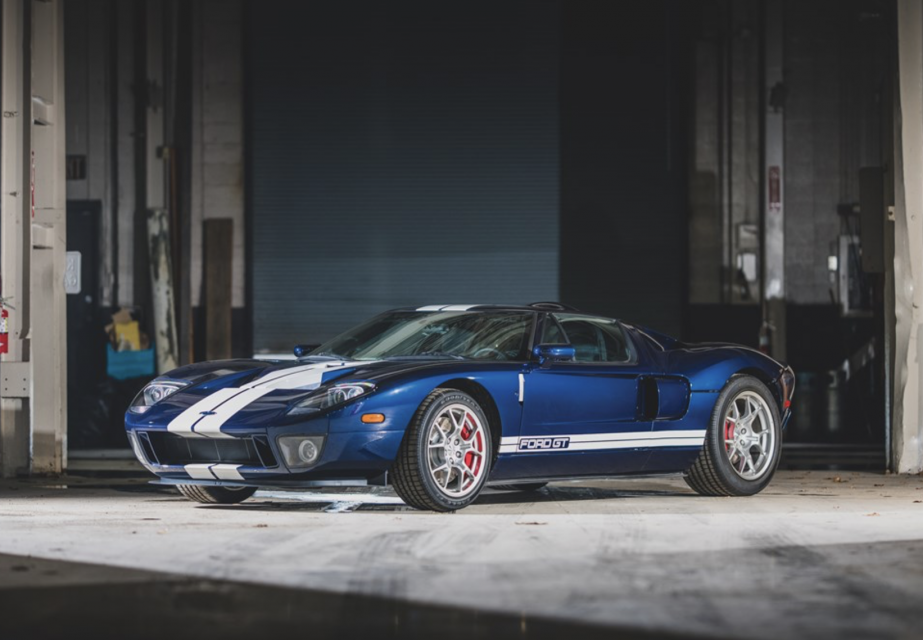 Built to celebrate the Ford Motor Company’s 100th anniversary, the Ford GT was an instant classic upon its unveiling and is one of the last analog world-class supercars. Stylistically, it pays homage to the GT40 of the 1960s with an unmistakable shape and telltale body lines reminiscent of the original. A 5.4-liter DOHC V-8 engine was mated to a Lysholm twin-screw supercharger capable of producing some 550 horsepower and 500 foot-pounds of torque. Finished in Midnight Blue with Ebony leather, this example is equipped with all four options available, including painted racing stripes, forged aluminum BBS wheels, red-painted brake calipers, and the upgraded McIntosh stereo system and subwoofer. It remains in pristine condition, only having been carefully driven by Mr. Crain since its delivery and currently showing fewer than 415 miles on the odometer. 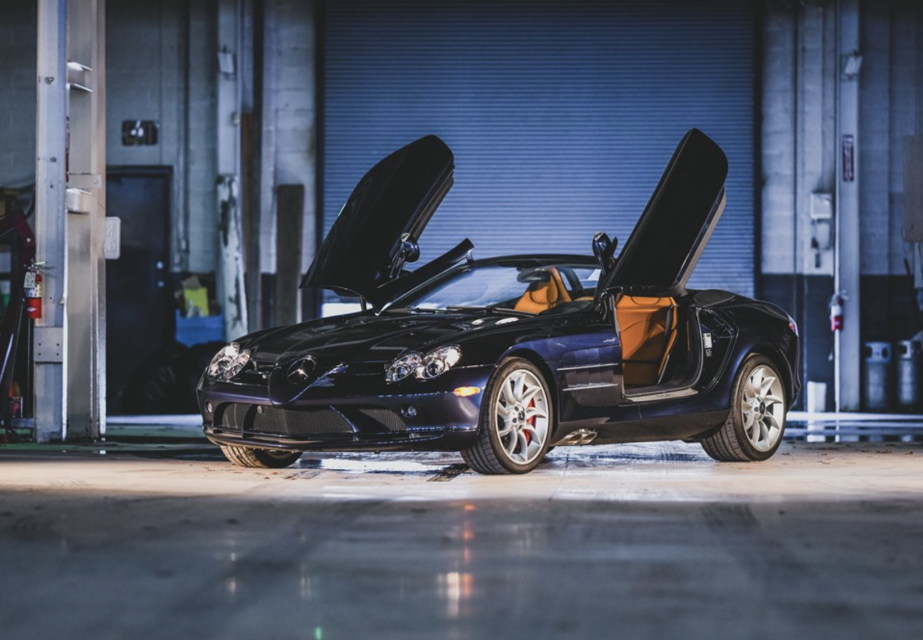 The Mercedes-Benz SLR McLaren was unveiled as a concept in 1999 as the Vision SLR and was met with overwhelming excitement. The SLR Roadster’s 617 horsepower, 5.4-liter supercharged V-8 engine is mounted as far back as possible on the chassis, earning it the rare distinction of having a front-mid-mounted powertrain layout. The lightweight full carbon-fiber bodywork retained the dramatic swing doors—which are hinged at the A-pillar as opposed to the roof—and has not lost an ounce of rigidity over its closed-top counterpart. This example from the Crain Collection is finished in the wonderful shade of Crystal Digenite Blue Metallic over a Sand leather interior and presents in pristine condition with fewer than 260 miles from new. 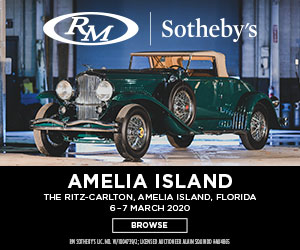 Our Website uses cookies to improve your experience. Please visit our Private Collection to be offered without reserve at Amelia Island page for more information about cookies and how we use them.