The event opened on a glorious spring morning with no fewer than 12 automotive reveals from some of the world’s greatest marques. H.R. Owen Ferrari gave two Italian thoroughbreds their UK static debuts, with the Ferrari 296 GTB – the marque’s 819bhp plug-in hybrid supercar – being joined by the Daytona SP3. The third car in the limited-edition Icona series, the Daytona SP3 pays homage to the legendary Ferrari sports-prototypes of the 1960s.

Aston Martin Mayfair gave the DBX707, the world’s most powerful luxury SUV, its UK event debut at Salon Privé London – as did Jaguar Land Rover with its flagship Range Rover SV. The V12-engined Rolls-Royce Black Badge Ghost made its premiere, and Prodrive Chairman David Richards was on hand to unveil the company’s spectacular new Hunter. Developed from the Bahrain Raid Xtreme competition car that was driven by rally icon Sébastien Loeb on the Dakar, the four-wheel-drive all-terrain adventure vehicle uses a 3.5-litre twin-turbo V6 engine that develops more than 600bhp. 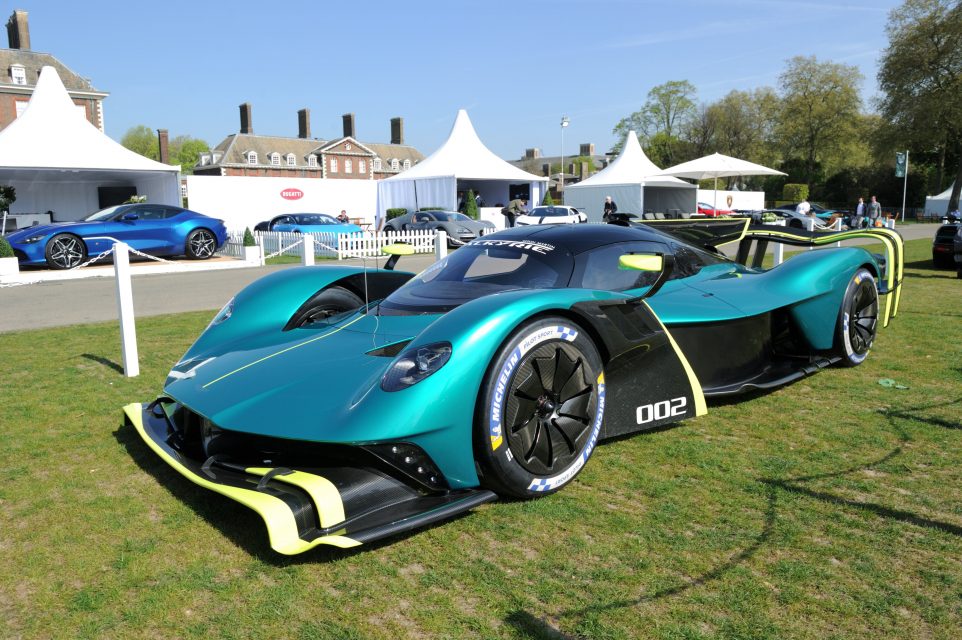 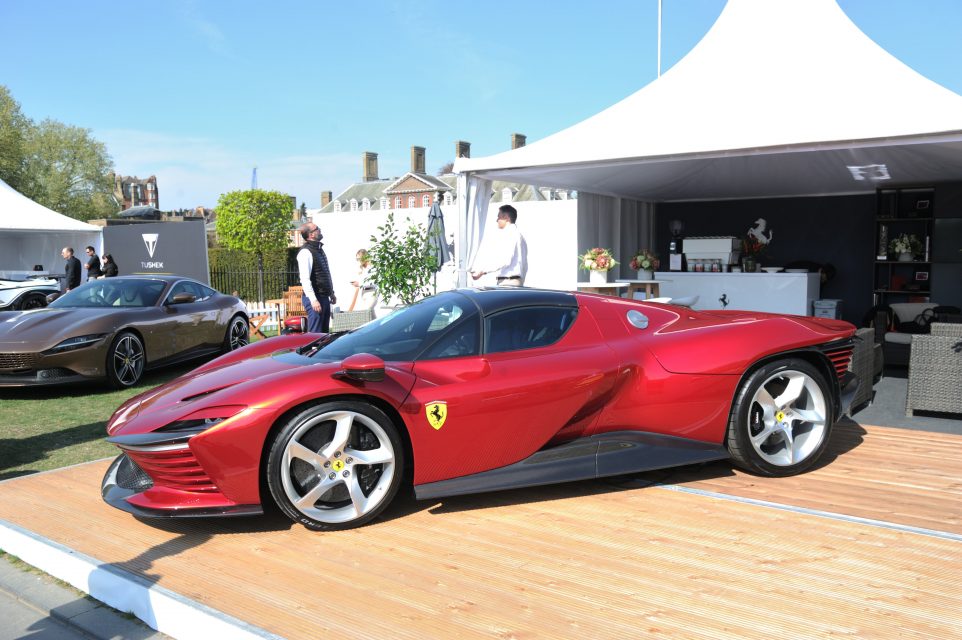 Caton chose Salon Privé London for the global launch of its first creation: an ultra-exclusive reincarnation of the Austin-Healey 100 that blends traditional craftsmanship with OEM-grade design and engineering. Nearby on the lawns was the hand-built, zero-emissions Electric Mustang by Charge Cars, which uses cutting-edge technology to redefine the revered 1967 Fastback model. 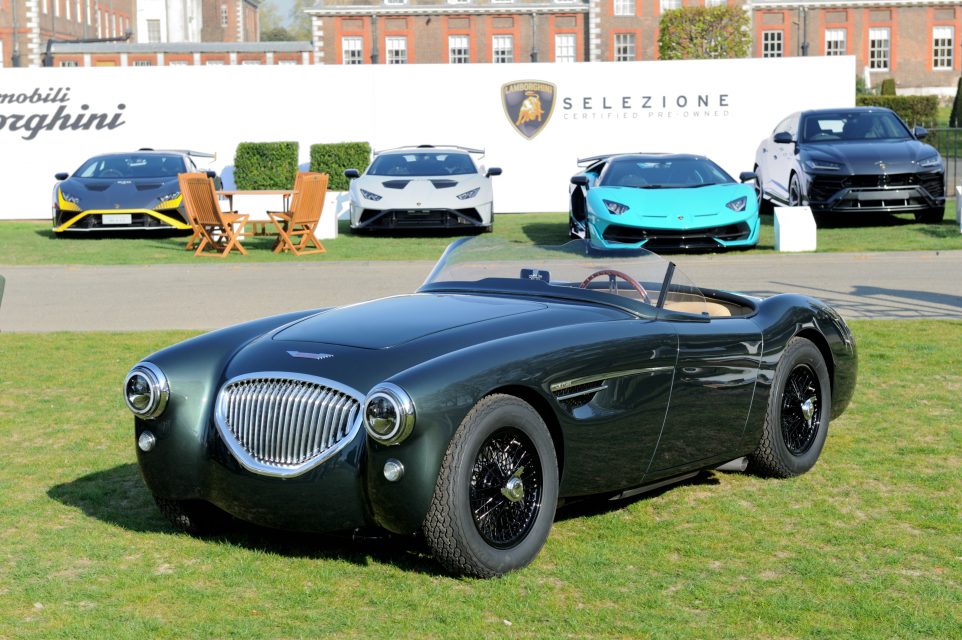 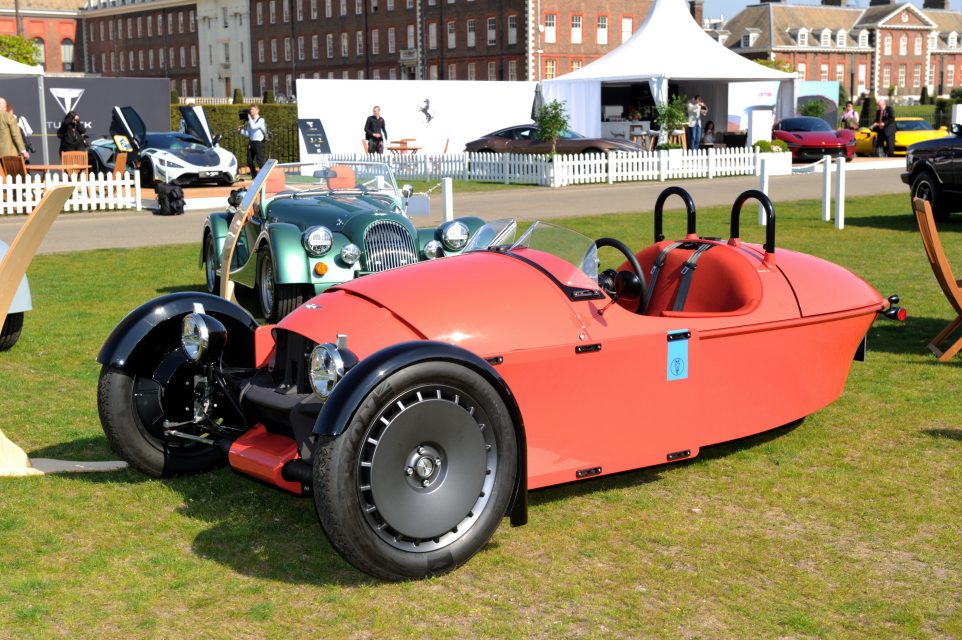 The Tushek TS900 Apex – the lightest hybrid hypercar on the market – was revealed by the company’s founder Aljosa Tushek, whilst Morgan Motor Company gave the new Super 3 its UK event debut as part of a display that showcased its entire line-up. Making its UK show debut, Alpine unveiled the new A110S alongside the entire range, which has been updated with three distinct new versions, uprated performance, and more equipment than ever before. 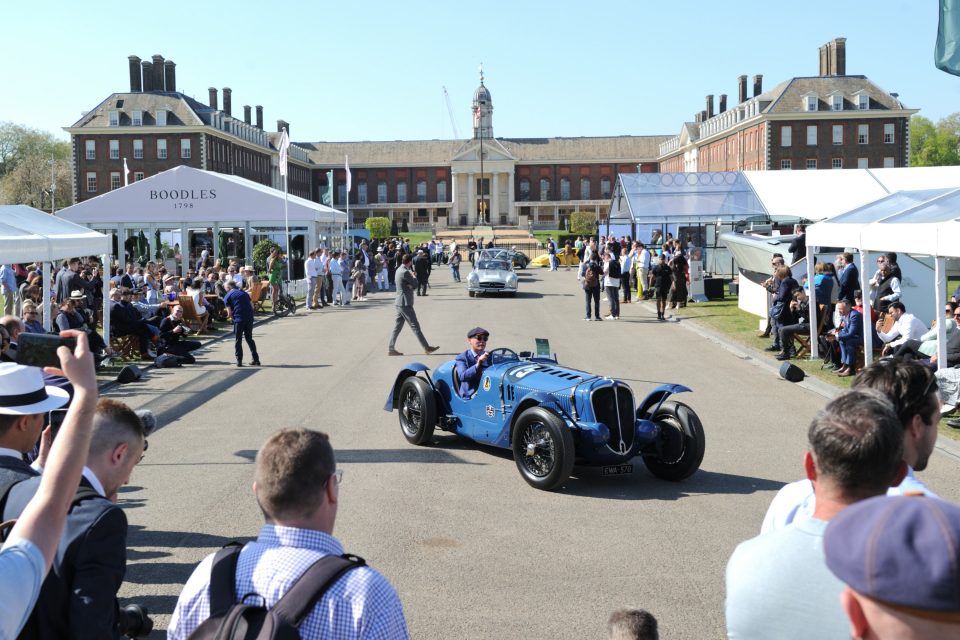 Genesis took the wraps off the G60 – its first dedicated electric platform-based vehicle – while at the opposite end of the motoring spectrum was the Alfa Romeo 12C Prototipo. This Italian thoroughbred was making its debut more than 80 years after it was first conceived, and was revealed by Progetto 33 alongside a brand-new book that explores its fascinating history.

Automobili Lamborghini was represented at Royal Hospital Chelsea with Lamborghini London presenting the sensational 770bhp Aventador LP 780-4 Ultimae, the pinnacle of the model’s bloodline, along with new Huracán STO and the Urus Super SUV. 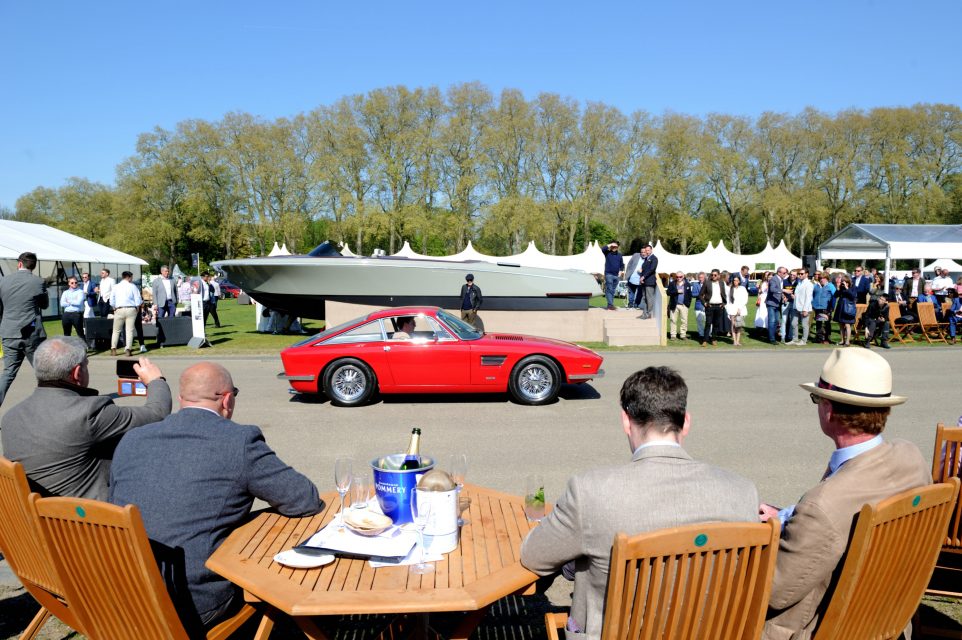 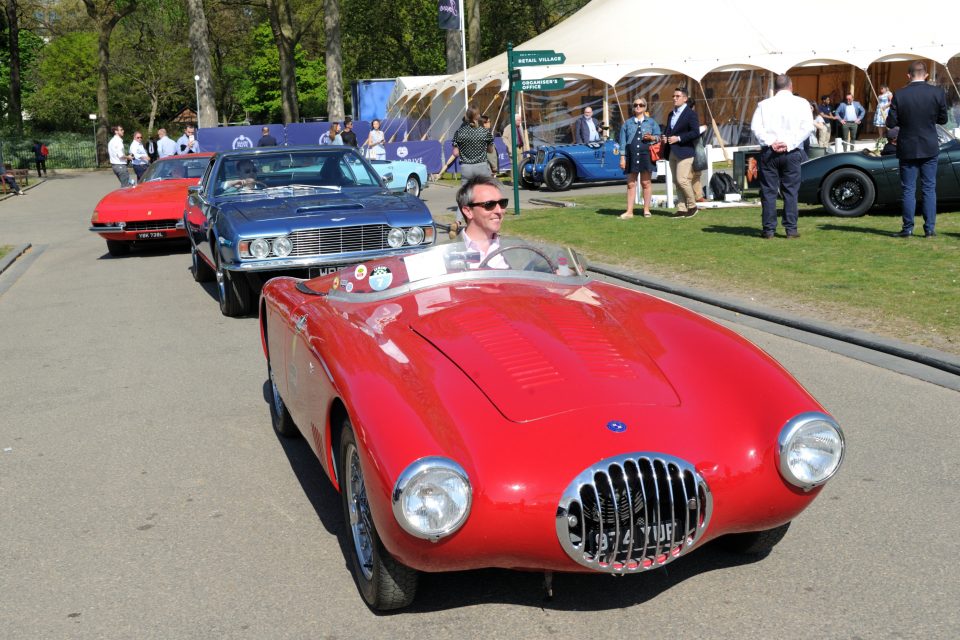 The first-ever Concours de Vente attracted some of the world’s leading specialists, and they were united in their support for the innovative format, in which each of the 50 cars entered was also being offered for sale. The winner of the Prix d’Honneur was the Classic Motor Hub’s 1954 OSCA MT4, which had competed in period at the Le Mans 24 Hours, the Mille Miglia – on which it won its class in 1956 – and the Targa Florio. 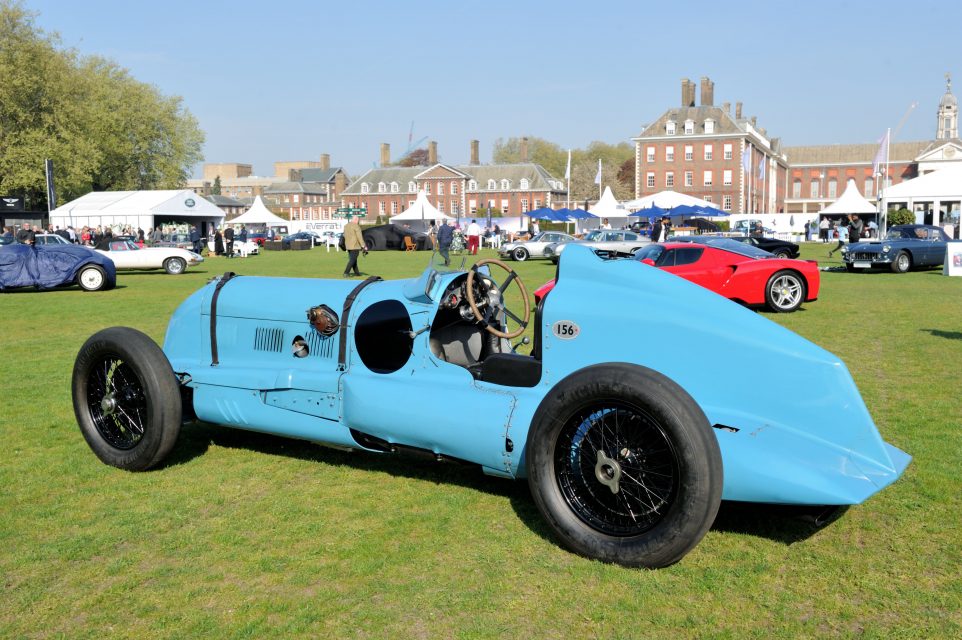 Second place went to the famous Barnato Hassan Bentley, which was entered by Vintage Bentley. Developed by renowned engineer Walter Hassan for Woolf Barnato, it broke the Brooklands lap record several times between 1934 and 1938, and holds the Class B record in perpetuity – Oliver Bertram having lapped the banked Surrey circuit at 142.60mph. 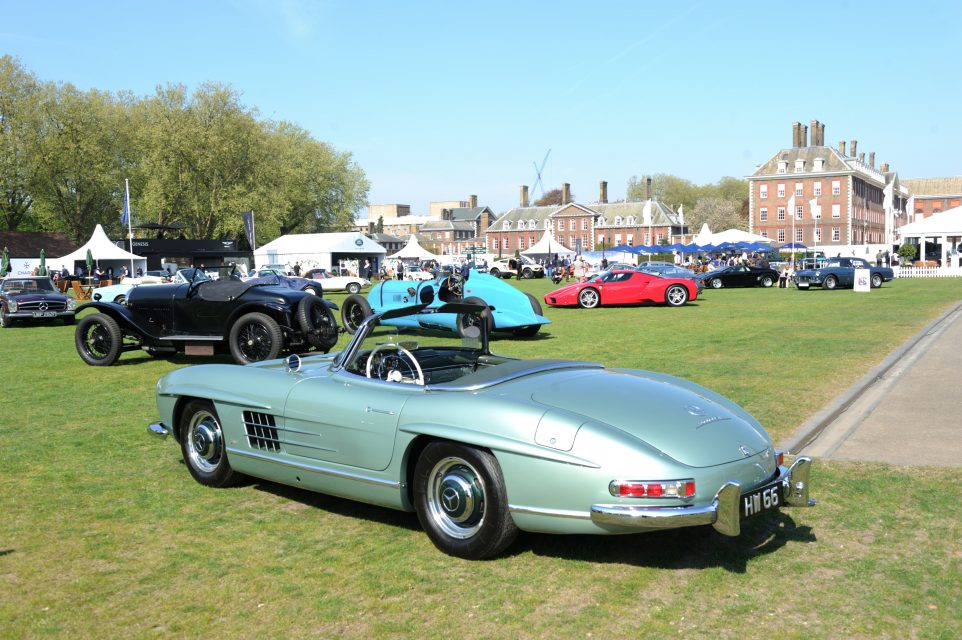 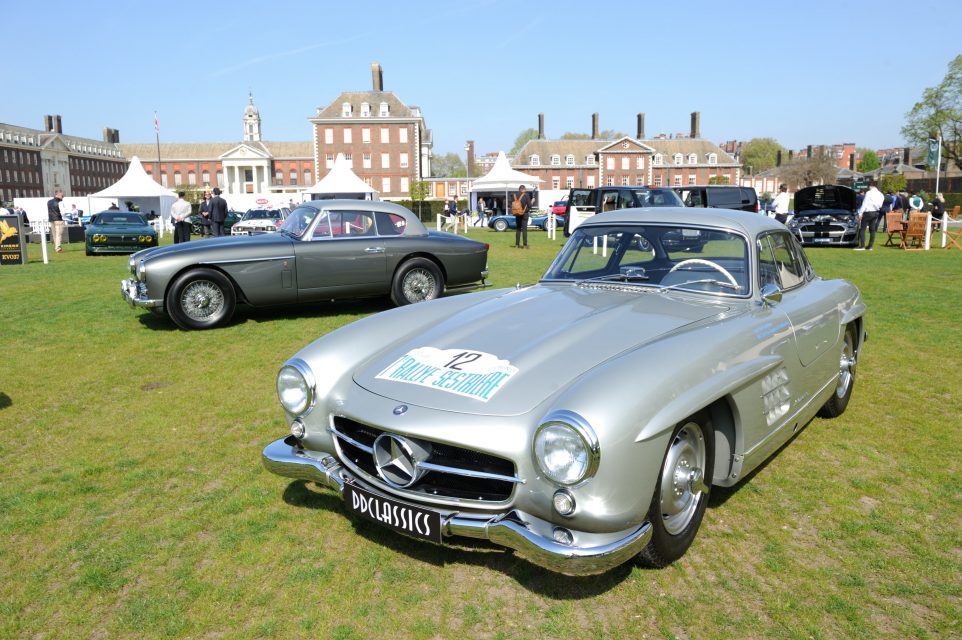 DD Classics picked up third place courtesy of its Mercedes-Benz 300SL ‘Gullwing’, which won the 1956 European Rally Championship in the hands of Walter Schock and Rolf Moll. Beautifully restored by Mercedes Stuttgart, it’s believed to be the only matching-numbers factory competition ‘Gullwing’ in existence. 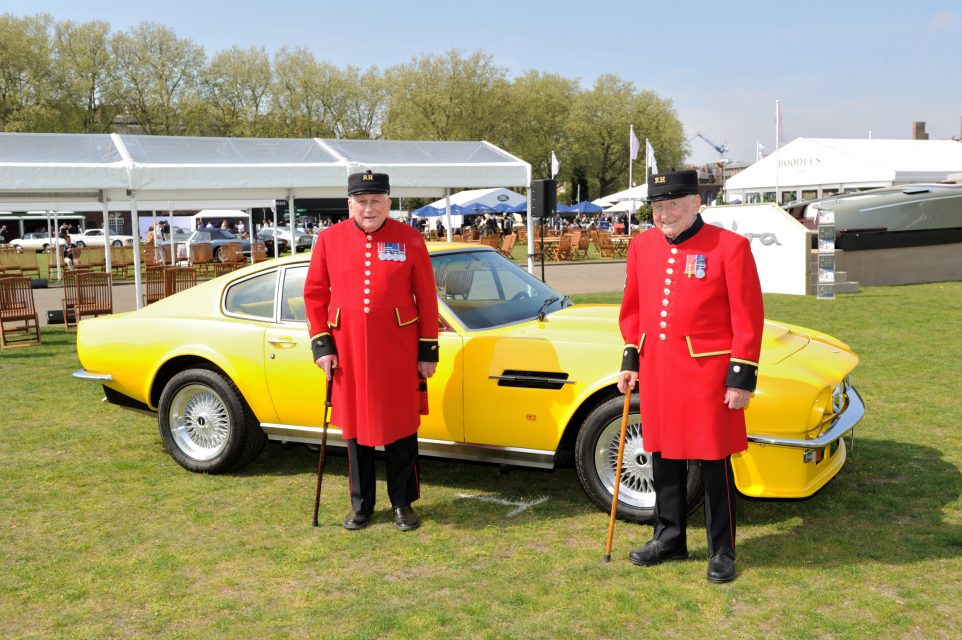 The Chelsea Pensioners’ Choice went to Warren Kennedy’s 1954 Austin-Healey 100, while a 2004 Ferrari Enzo entered by Furlonger Specialist Cars was given the People’s Choice award. The success of the Concours de Vente was demonstrated by the fact that more than one-third of the cars presented on the lawns were ‘under offer’ by the time the sun set on Saturday. 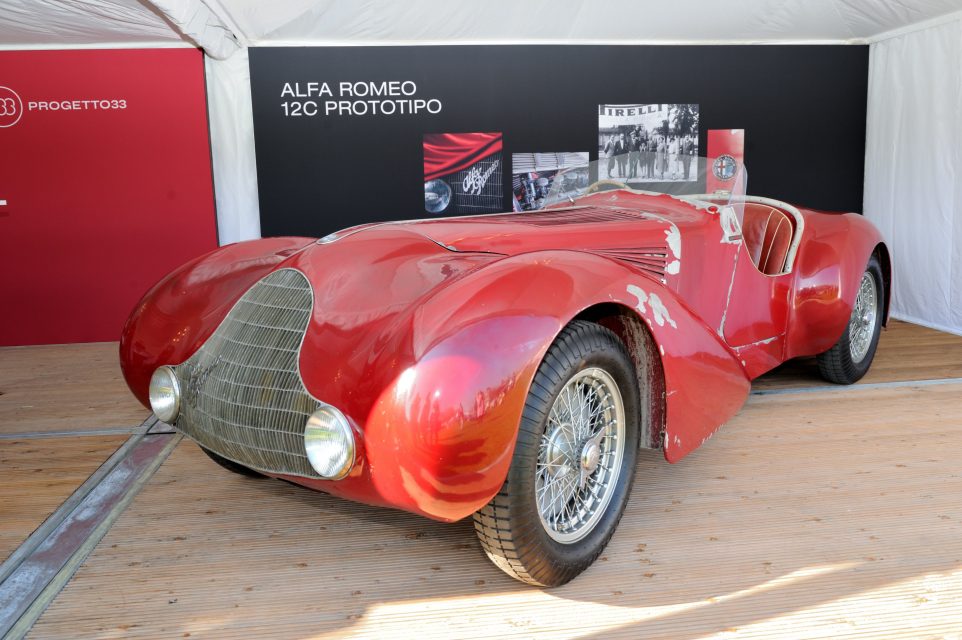 Throughout the event, Salon Privé London raised funds for the Disasters Emergency Committee’s Ukraine Humanitarian Appeal. Twenty percent of the ticket price was donated to the cause, and there was also an online auction comprising 24 lots, including a 1974 MV Agusta GT that had been generously donated by RM Sotheby’s. Supplied new to factory rider Gianfranco Bonera, it was originally built to GT specification but subsequently uprated to Sport specification. The motorcycle raised £48,000, which helped to produce a fundraising total of just over £120,000 from across the weekend. That money will be winging its way to the DEC where it will help families with emergency aid and rapid relief. 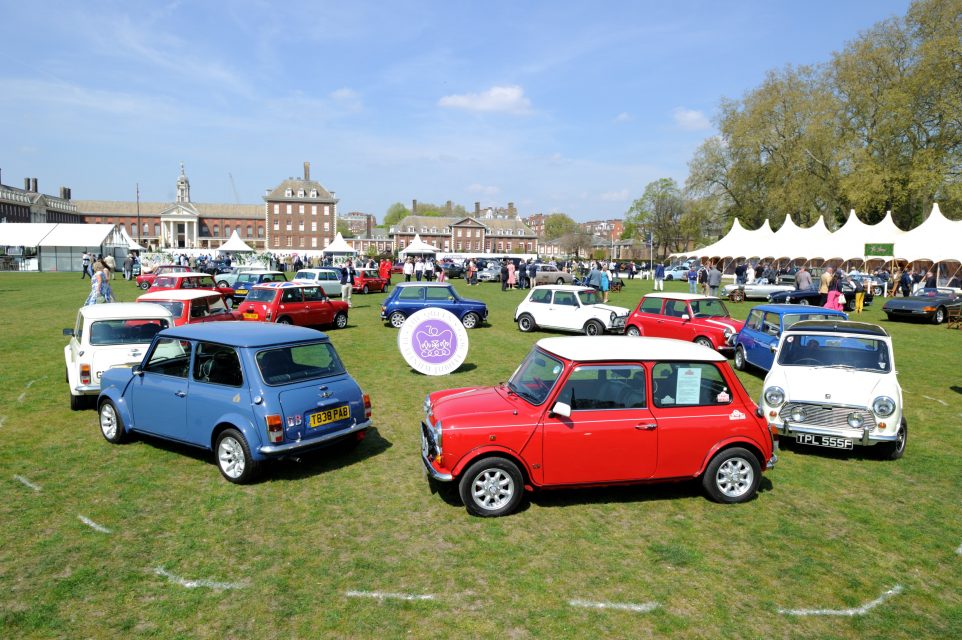 Salon Privé London will return to Royal Hospital Chelsea from 20-22 April 2023. In the meantime, all eyes now turn to Blenheim Palace, where Salon Privé’s traditional late-summer fixture will take place from 31 August to 4 September. The programme will open with the prestigious Concours d’Elégance presented by Aviva, which will be followed by Ladies’ Day presented by Boodles, the Club Trophy presented by Lockton, and the Classic & Supercar Day.
Images thanks to Picture by:Simon Hildrew
simon@simonhildrew.com
07970 808510