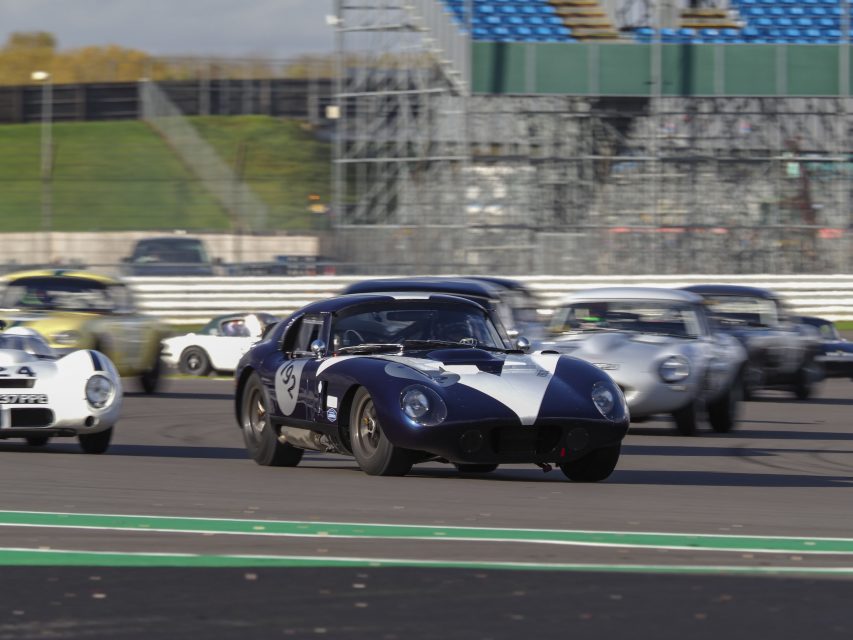 Motor Racing Legends has decided to use the Pandemic to shake things up in the world of Historic Motorsport, and we are in agreement that now is the time!  In addition to their recent launch of the Amon Cup, a brand-new one-make race series for Ford GT40s, they have also recently announced of their appointment by Jaguar Classic to run the Jaguar Classic Challenge, as well as a new 3- hour Historic endurance race called the RAC Pall Mall Cup.

Bring in the new..

The new Ford GT40 races will be held at Donington Historic Festival on May 1- 2nd; with the Silverstone Grand Prix Circuit being the venue for the final race of the season on October 30 -31st at Motor Racing Legends’ newly-announced end-of-year meeting. Races will be for cars running to Pre-’66 specification, open to two-drivers, with a duration of eighty-minutes with a forty-minute qualifying session.

The new Royal Automobile Club Pall Mall Cup, for Pre-66 GTS and Touring Cars, Pre-’61 Sports Cars, and Pre ’63 GTs, will run a 3-hour race at Donington Historic Festival on May 1st -2nd and also at Silverstone on October 30 – 31st.  Teams are formed from a car from each class, and the RAC Pall Mall Cup is won by the most successful team.

Our Website uses cookies to improve your experience. Please visit our Motor Racing Legends Steps up Racing Plans for 2021 page for more information about cookies and how we use them.