A message from Richard Noble about the Bloodhound Project.

Last week Mr Ian Warhurst has put the Bloodhound Project up for sale and like so many I hope that funds will be found to enable the Bloodhound team to fulfil their objective for Britain. The case is compelling.

Mr Warhurst is to be praised for what he achieved. He saved the car and assets from being scrapped. He restructured the team and made it clear that he planned to prove the project’s viability at his own expense. Team and car operated in 2019 on the HakskeenPan desert track, which had required 1,000 man years of local labour to complete. A peak speed of 628mph was achieved, making the car arguably the fourth fastest in the world using only the EJ200 Eurofighter jet engine.

Mr Warhurst obtained more than just a car: he acquired a national project with 10 years’ development and build behind it, with £31 million expenditure, a supply chain of 300 companies and a supporter’s club of 7,000 highly enthusiastic members. The global media scale was impressive: Bloodhound was being followed in over 200 countries and with 1.5 billion recorded media exposures (opportunities to view).

The project was initiated by Andy Green and me. In an early discussion with a Government Minister, we were asked to run it as an education programme to improve the MoD recruitment of STEM (Science, Technology, Engineering and Mathematics) students. The parallel education programme was a big success, peaking at over 120,000 student and schoolchildren engagements a year with in-school presentations and external events, some overseas. It has been said that Bloodhound Education, later converted into a charity, was the UK’s largest independent STEM education programme.

In 2017 we ran the car at 200mph taxi speeds at Newquay airport and 10,000 enthusiasts paid to attend the two-day event. On a third ‘Education’ day, 3,000 children came along for what turned out to be an unqualified success and a complete vindication of our unusual approach to stimulating education. 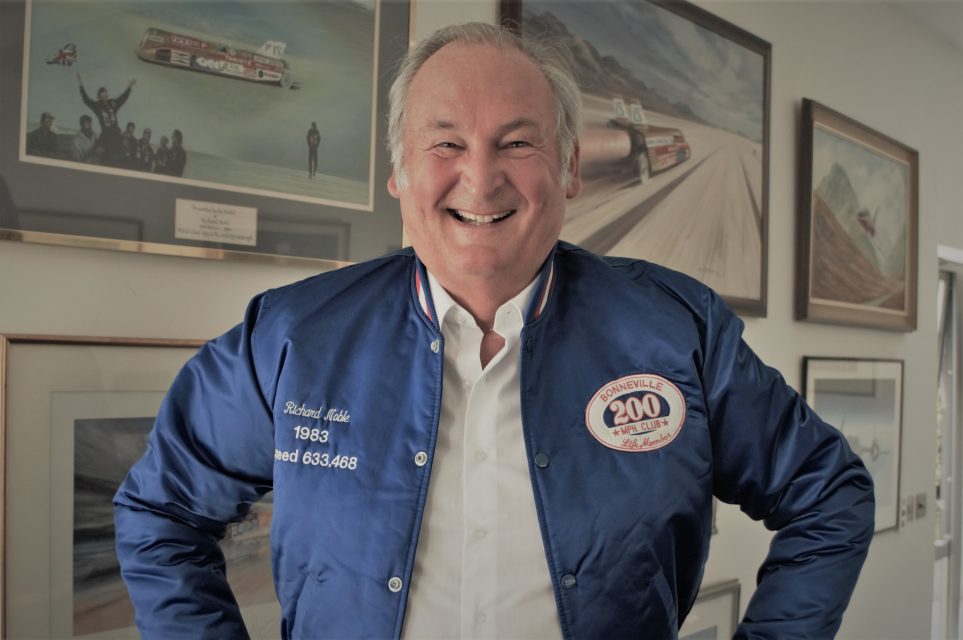 When Andy and I started the Bloodhound programme, we knew it was going to be a colossal challenge. We had built the highly successful ThrustSSC supersonic car with a small team and now, faced with considerable American competition, we felt that we might have earned the opportunity to finish the job with the ultimate car. We were up for the challenge on a massive scale – and we expected extreme difficulty.

The project almost became the most enormous success for Britain and British engineering. The combination of our 2016 Chinese sponsorship contract and the conclusion of a rigorous investigation into the project (to identify the national benefits) initiated by the Chancellor of the Exchequer resulted in an unusual grant offer of £4 million direct from the Minister of Transport with a remarkably short window of opportunity. The funding team had done so well that the Minister’s conditions had been met immediately, including signature of the contract with the Chinese sponsor, and all within an almost impossibly short timescale. A meeting was held at the offices of the Department for Business, Energy and Industrial Strategy (as it was called at that time) to hand over all documentation for the claim and the Bloodhound team remarked that the meeting seemed strange and unsatisfactory. No further meetings were called and the team had to assume that the application had failed. This meant a further trip to China to apologise to the sponsor for the apparent failure to conclude the grant and therefore the project’s inability to run for the record in 2017. The Chinese were very understanding but there were to be no more payments from them.

It took a further 18 months of battling and engagement to get the attention of the Secretary of State, who then approved the grant offer with modification. But with all the stress over Brexit concerns, no additional ‘match-funding’ money could be acquired to meet the new grant requirements. With funds running down, the Bloodhound board sought Administration to protect the car and assets – and this was the point at which Ian Warhurst, contemplating comfortable early retirement, made direct contact with Andy Green and me. The Secretary of State confirmed that the new grant offer would be made available to the new purchaser of Bloodhound.

My new book Take Risk!,  outlines all this in considerable detail. 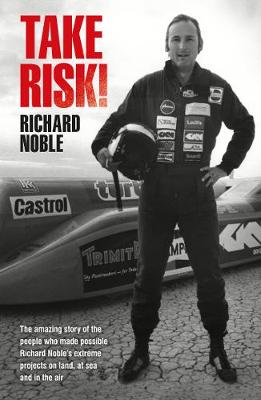 There is an interesting parallel from 1931. Faced with the crisis of the Great Depression, all construction work stopped on the RMS Queen Mary. The Government of the day, realising that the nation needed stimulus for employment, confidence and hope for the future, committed in 1934 to fund the completion of the ship. The RMS Queen Marybecame a source of great pride to the British people for 30 years and during the Second World War she served as a high-speed trans-Atlantic troop carrier that transported 15,000 troops safely on each crossing.

Bloodhound is a uniquely brilliant British project and, given the chance, it will deliver extraordinary levels of engagement, excitement and confidence at a time when we are all looking for hope and inspiration. With success, as with the supersonic ThrustSSC, the benefits and returns can be expected to last for 20 years.

It is time for Britain to stand up to be counted to fund this outstanding endeavour and to thank Ian Warhurst for his courage and his support.

Richards Book – Take Risk, can be found at Waterstones for £19.99 to buy it CLICK HERE or at Foyles Books Click here

Our Website uses cookies to improve your experience. Please visit our A message from Richard Noble about the Bloodhound Project. page for more information about cookies and how we use them.