A Concours on Saville Row is such a great idea, the perfect marriage of classic lifestyle luxuries – I applaud the events creator Geoff Love and his team – who knew that the event would have to over come two years of a global Pandemic, as well as convincing the retailers and the City of Westminster council that closing their street to traffic really would be most beneficial to them. 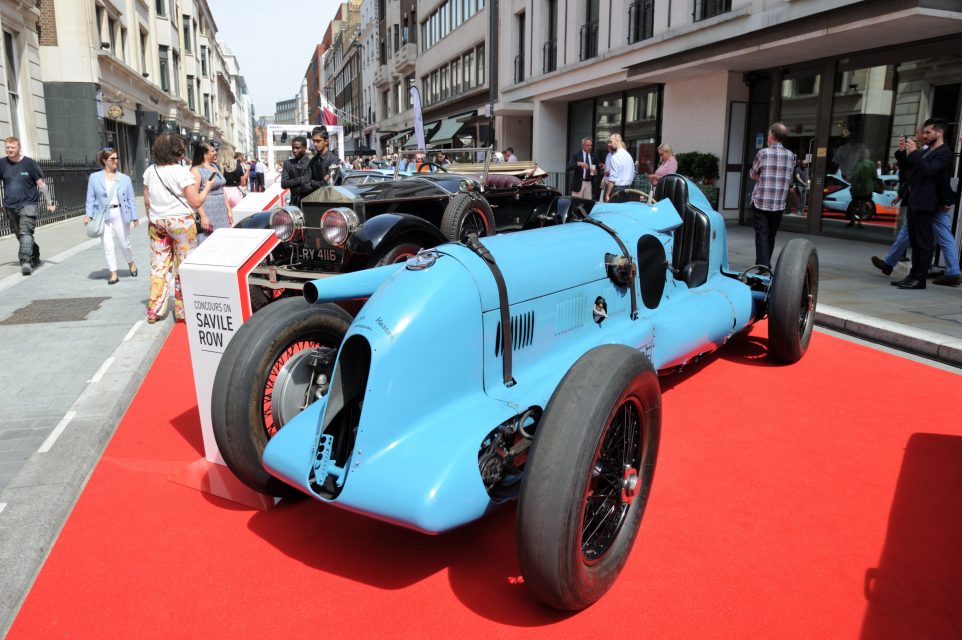 But thankfully, everything finally dropped into place and on 15-16 June the event was opened!  The result was a triumph, two glorious sunny two days, a red carpet, a fabulous collection of both classic and modern supercars. The retailers all teamed up with a classic car on display or a manufacturer and opened their doors to welcome the great automotive unstyled and unwashed, I hear they may even have sold a few bespoke suits. 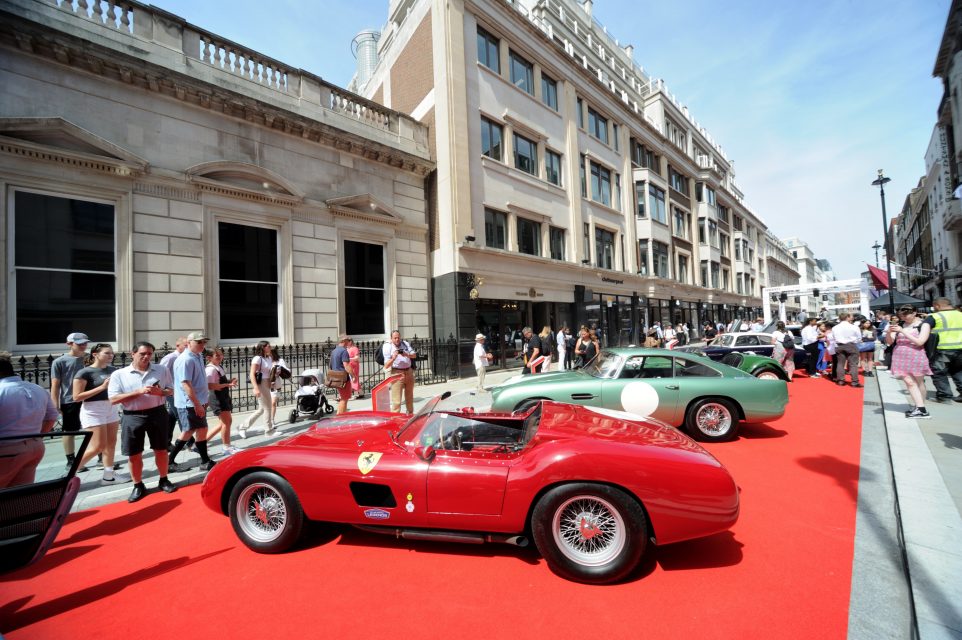 Free to the general public, the 34 car line-up was packed with visitors for the two days, and VIP guests were invited to a variety of interesting talks held in various private rooms including wine tasting, tailoring demonstrations, whisky sampling and so forth.

Many of the tailors opened their doors for a wide range of demonstrations to all, the Association of Heritage Engineers held craft displays and Historic Car Art exhibited artworks in The Service café while, outside, the Reverend Adam Gompertz sketched solidly for two days. 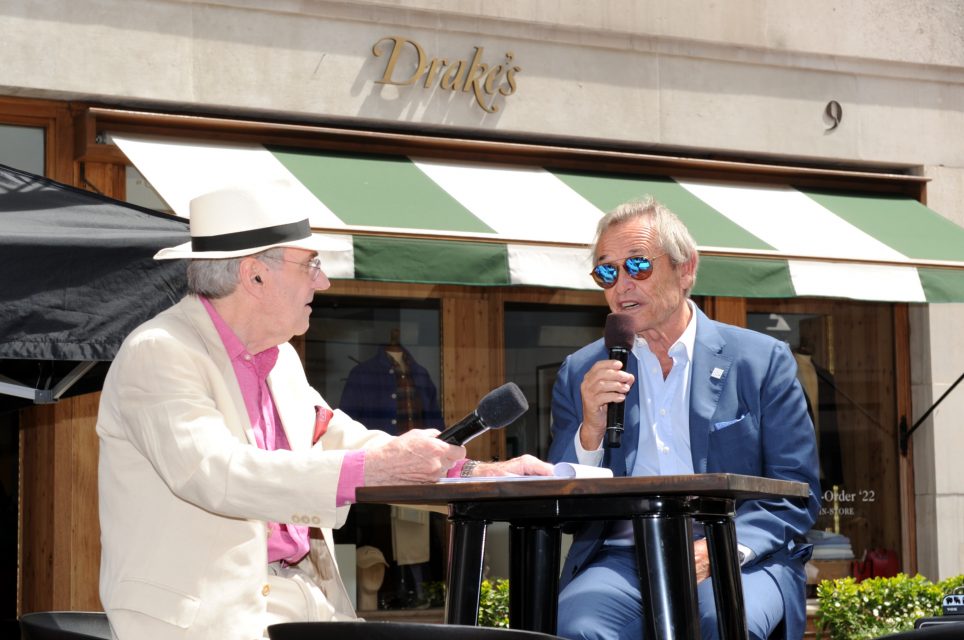 On stage, experts and celebrities from the worlds of motoring and tailoring, including Formula 1 and Le Mans legend Jacky Ickx, McLaren engineer and STEM ambassador Ella Podmore MBE and renowned male model David Gandy were all quizzed.

When it came down to the winners, there was a clear favourite – the cute blue Ferrari 166MM Barchetta built for Giovanni Agnelli won Best In Show chosen by Westminster City Lions acting as Hagerty Youth Judges. 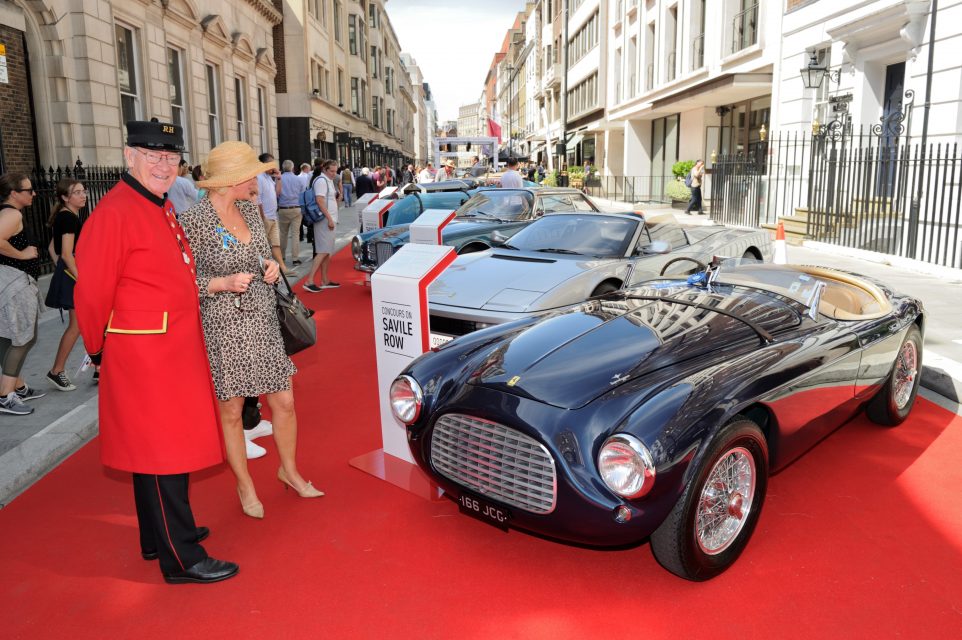 The winning Ferrari 166MM is number 24 of 25 built. Agnelli oversaw the car’s creation by Carrozzeria Touring personally; the two-tone paint, custom dashboard and teardrop rear lights are unique to this car. 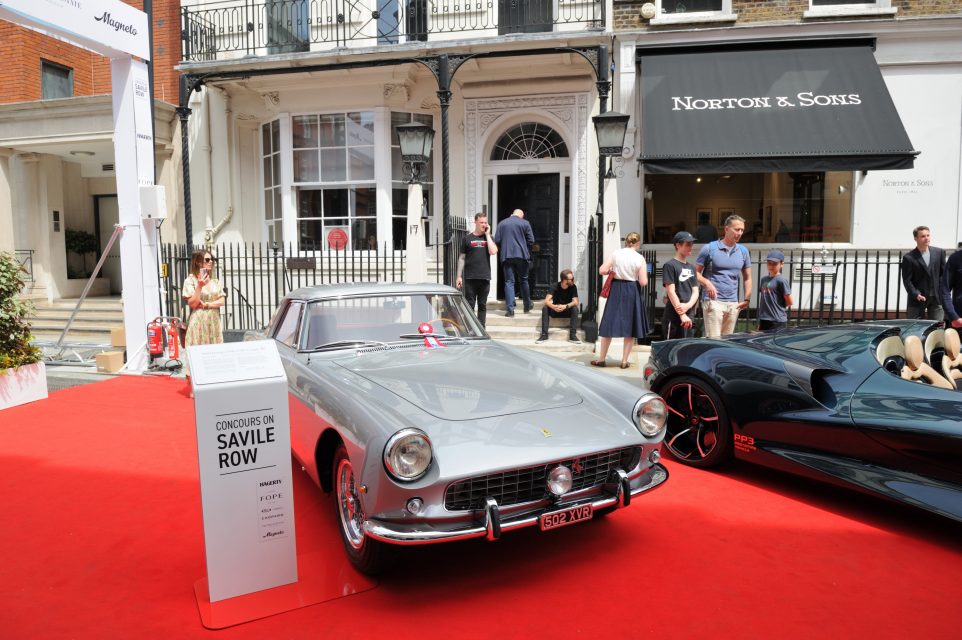 Second place went to Cici Muldoon’s Ferrari 250GT PF Coupé. Chassis number 1743GT is one of just 353 examples built. This is the last of three iterations of the model, and was commissioned by 1957 European hillclimb champion Willy Daetwyler, and supplied via Eleanor von Neumann’s Los Angeles dealership. 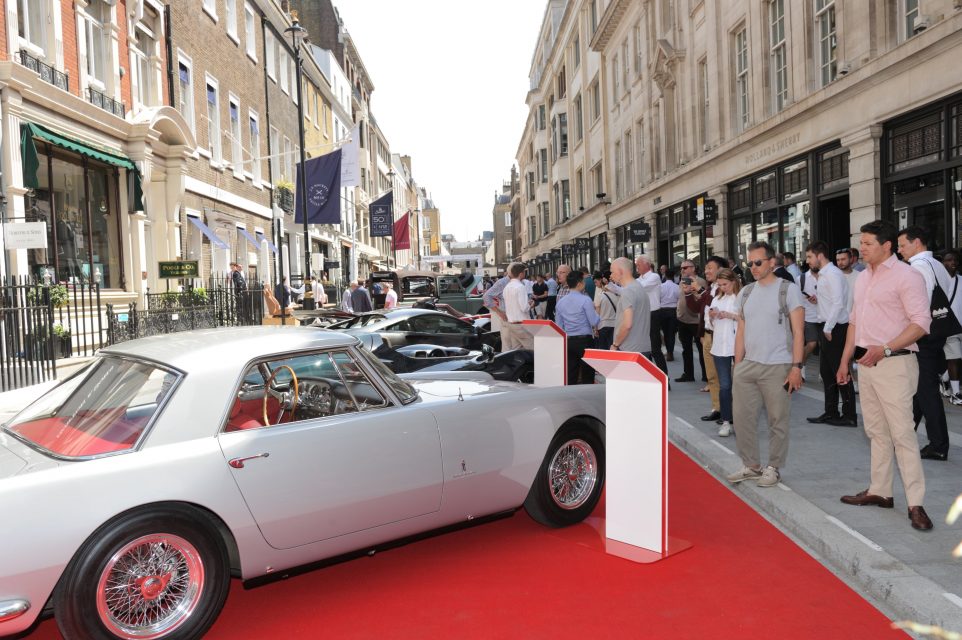 Third place went to Simon Taylor’s Bentley 4 1/4 Litre Sedanca Coupé. Commissioned in 1936 by the Vicomtesse Yvonne Cahen d’Anvers, this Bentley was bodied by Gurney Nutting in a style similar to that of the Hispano-Suiza of her husband, Anthony Gustav de Rothschild. The sweeping coupé was a marked contrast to the more reserved Gurney Nutting offerings, but it took so long to construct that the Vicomtesse lost interest and bought something else. 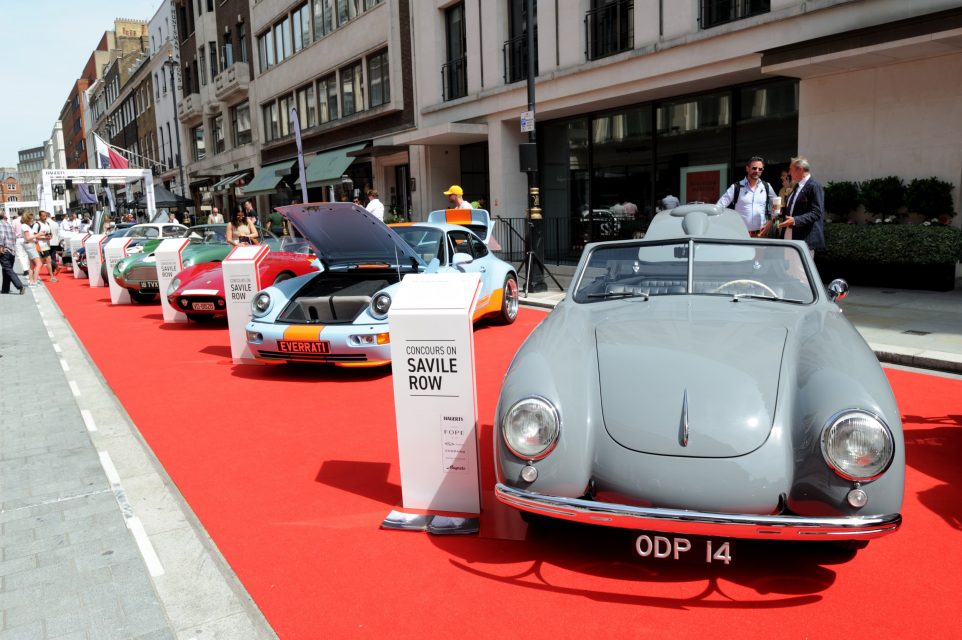 Finally, an honourable mention was given to the Everrati 911 (964) Signature Gulf Edition, produced in association with Gulf Oil International. Gulf is traditionally known as a downstream oil company, but is now actively moving into the e-mobility/electric vehicles sector. The Everrati 964 uses a 53kWh battery pack that provides 500bhp and 500lb ft, around twice that of the original car. It hits 60mph in less than four seconds, and delivers around a range of around 200 miles. The judges liked its style, colours and its zero tailpipe emissions credentials. 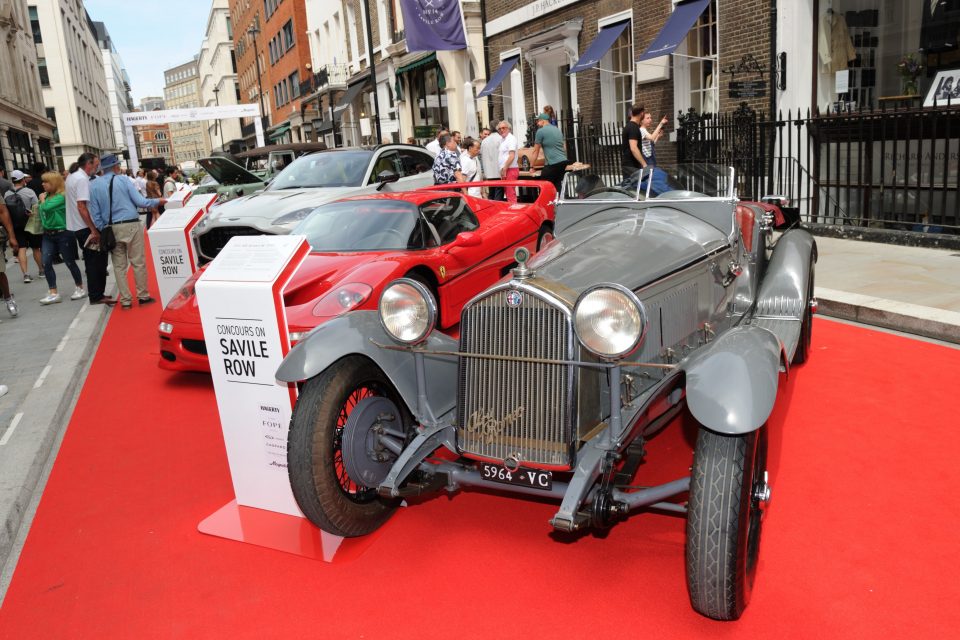 Photos by:  Simon Hildrew to copy / reproduce or publish any of these pictures please contact Simon on:
simon@simonhildrew.com 07970 808510

Our Website uses cookies to improve your experience. Please visit our Inaugural Concours on Saville Row 2022 page for more information about cookies and how we use them.