Mark Gillies won a thrilling Festival of Britain Trophy race which kicked off Saturday’s race card. The USA-domiciled Briton qualified on pole for the 25-minute encounter in Richard Skipworth’s ERA A-type R3A. However, he lost out to fellow ERA man, David Morris, on the run to Madgwick for the first time. Nicholas Topliss made it a marque 1-2-3 at the end of first lap, Gillies assuming the lead at Woodcote the second time around. Tom Dark then took Topliss for third aboard his Bugatti T73C. 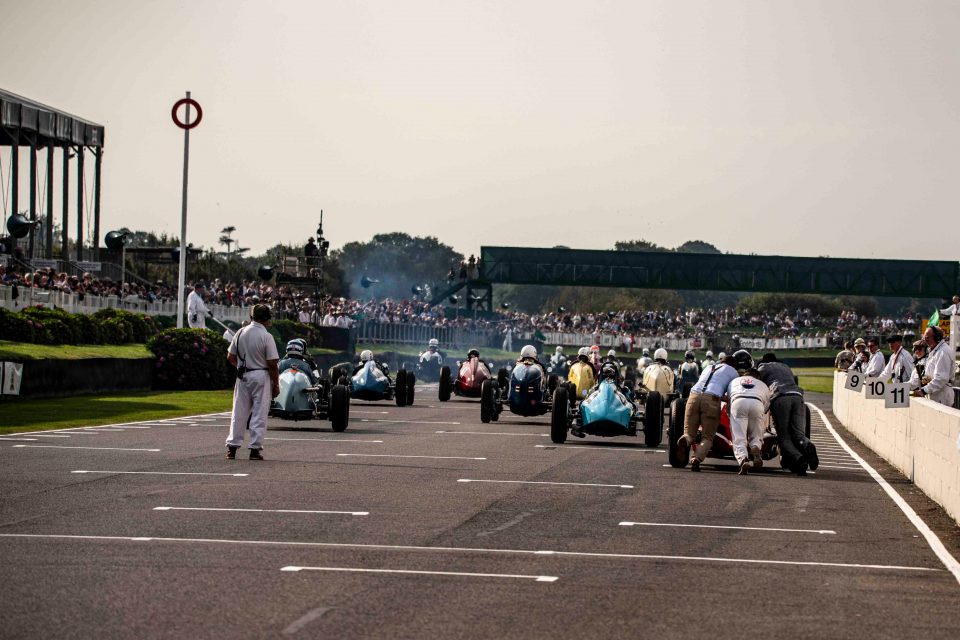 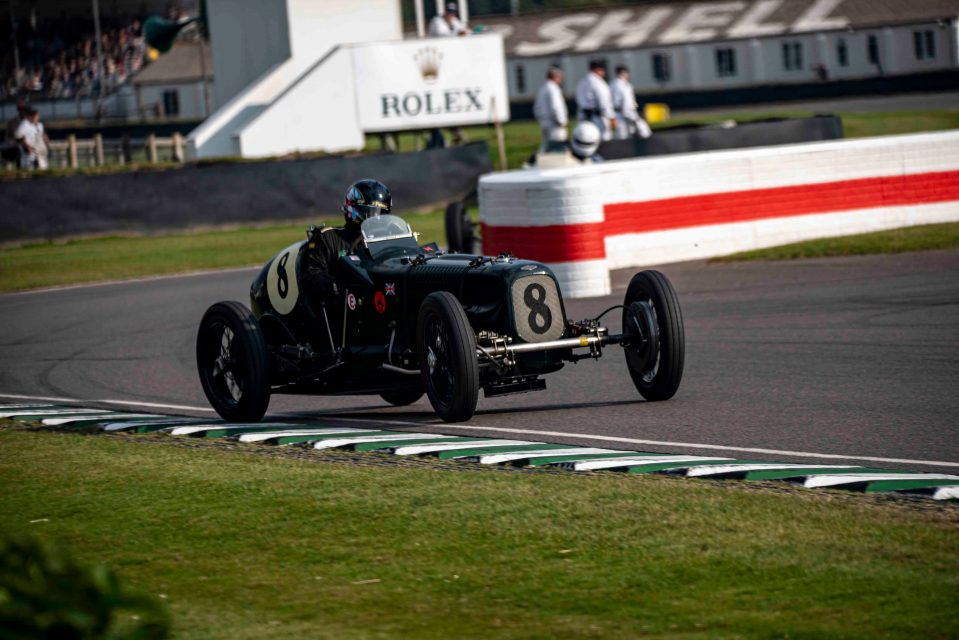 Gillies managed to eke out an advantage, but Morris then upped the tempo and came back at him five minutes in. He retook the lead into Woodcote, only to lose the place almost immediately on the following straight. Michael Gans was making up ground in his ERA B-type R1B, as was Duncan Ricketts in the later ERA E-type GP1. Gillies appeared to be in control up front, his job made a lot easier after Morris uncharacteristically spun off at St Mary’s with eight minutes left to run. 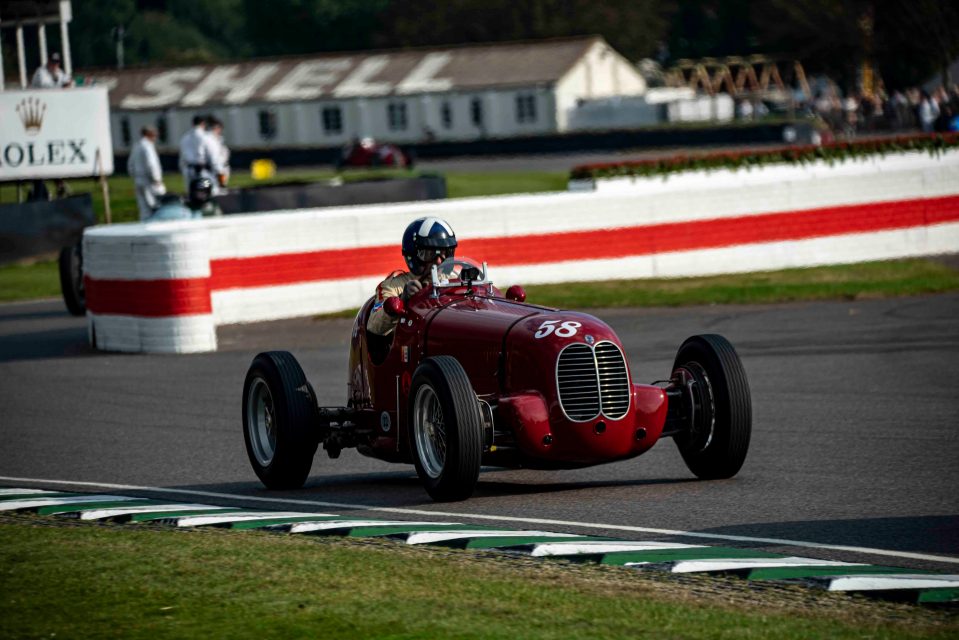 Near concurrently, Ricketts tangled with a backmarker while Dark retired the Bugatti. All eyes were now on Gans who was making inroads on the leader. With five minutes left to run, he was in Gillies’ slipstream, only to get baulked as he attempted to lap a slower car. This allowed Gillies breathing room, but only briefly. Gans took Gillies on the Lavant Straight in the dying moments, but Gillies returned the favour seconds later to claim yet another win at Goodwood.

Duncan Pittaway and Eddie Williams claimed a fabulous victory in the Brooklands Trophy race for post-vintage thoroughbred sports cars. Run in appalling conditions, there was plenty of drama up and down the order, but it was a Frazer Nash battle up front from the outset. The unique ‘Owlet’ saloon of Patrick Blakeney-Edwards rocketed into the lead from the fourth row, with Pittaway giving chase in Charles Gillett’s TT Replica. Blakeney-Edwards proceeded to drive his car – the only closed car in the field – at ever lurid angles as he built-up a lead over his pursuer. 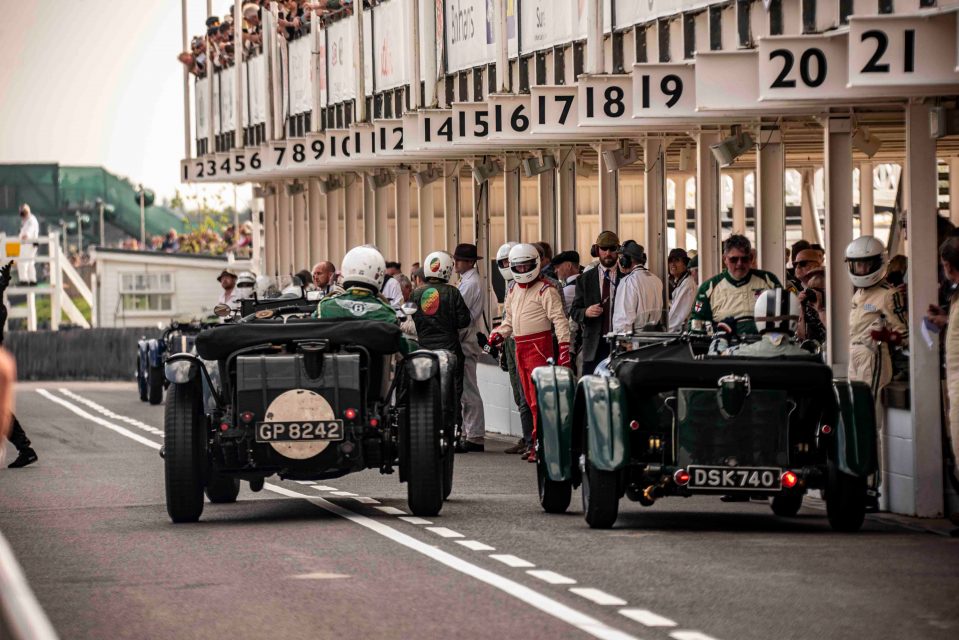 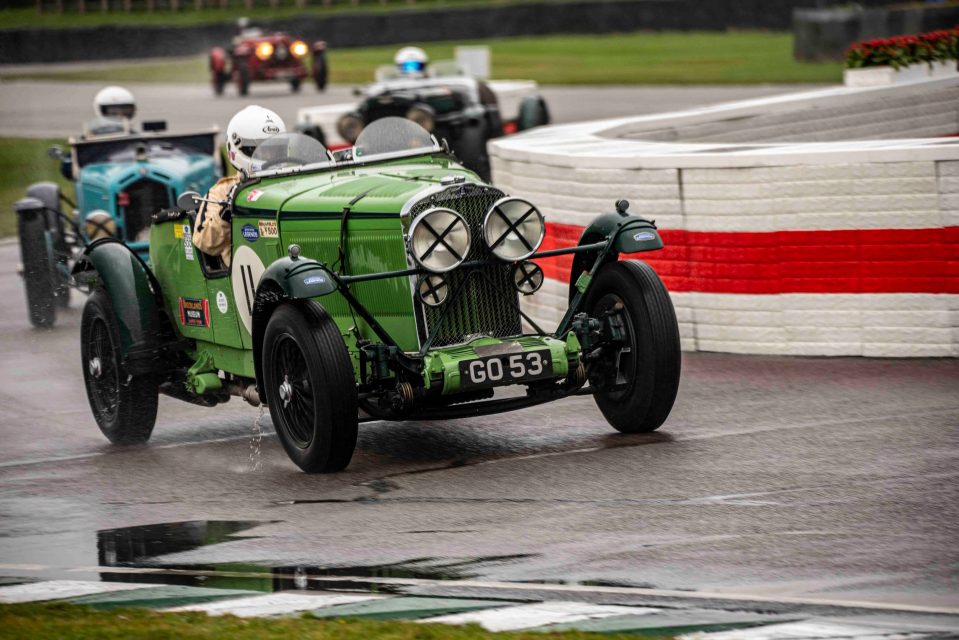 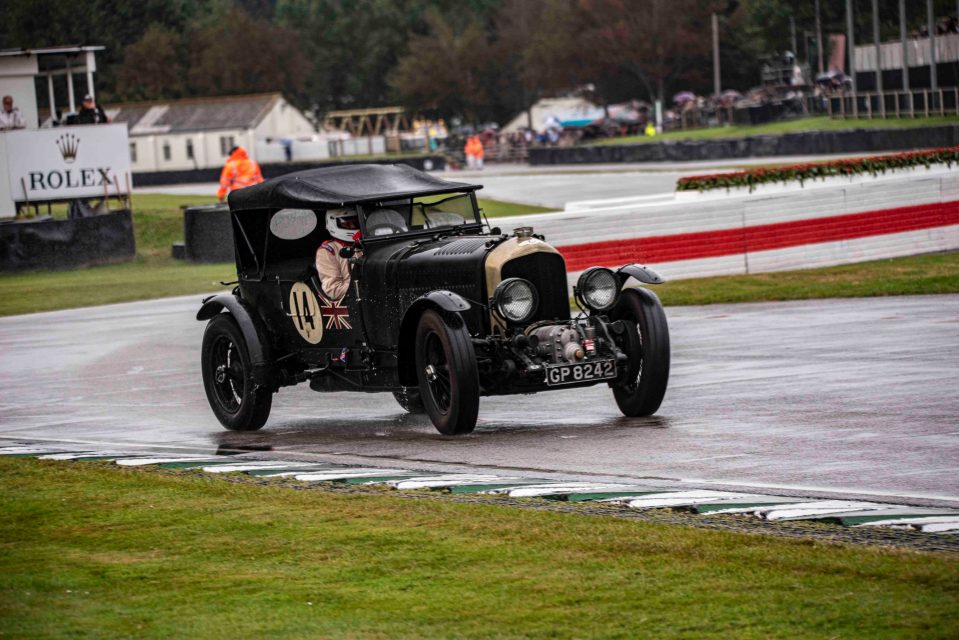 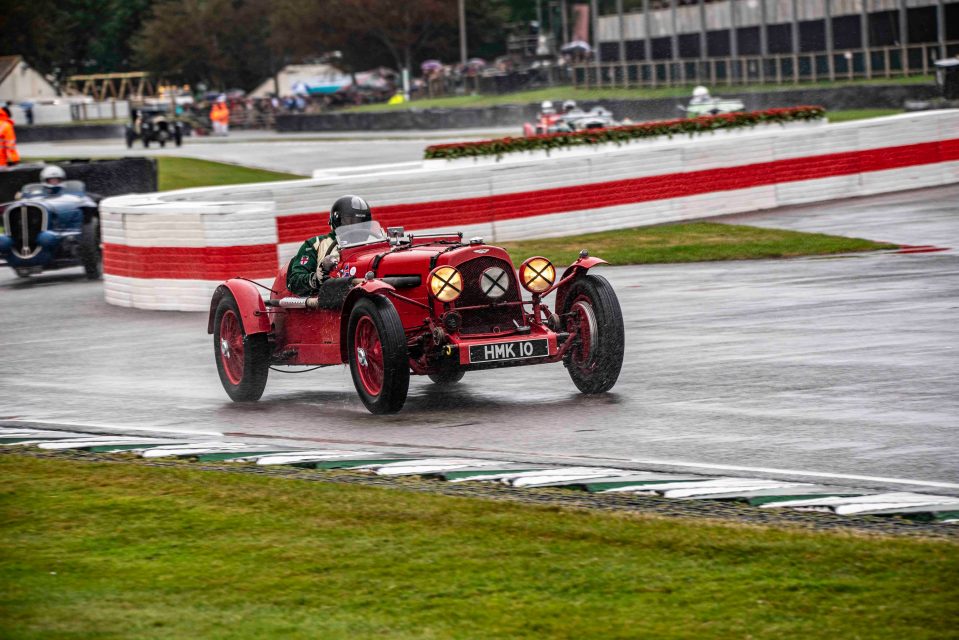 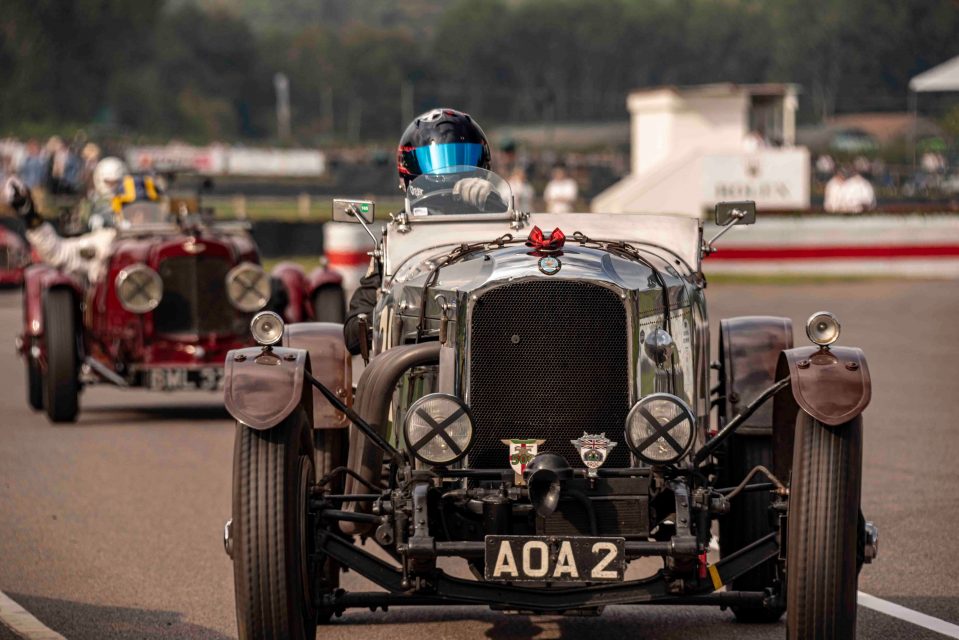 The well-known historics ace pitted with eleven minutes left to run of the 25-minute encounter, handing over driving duties to Nick Swift. The Mini ace, a rookie aboard pre-war fare, was no slouch, guiding the car in typically exuberant fashion, but he had no answer for Williams who reeled him in and got past at Fordwater inside two laps and escaped up the road. The preternaturally brave Williams didn’t seem to notice that it was raining, steering his car at ever more extreme angles en route to victory. 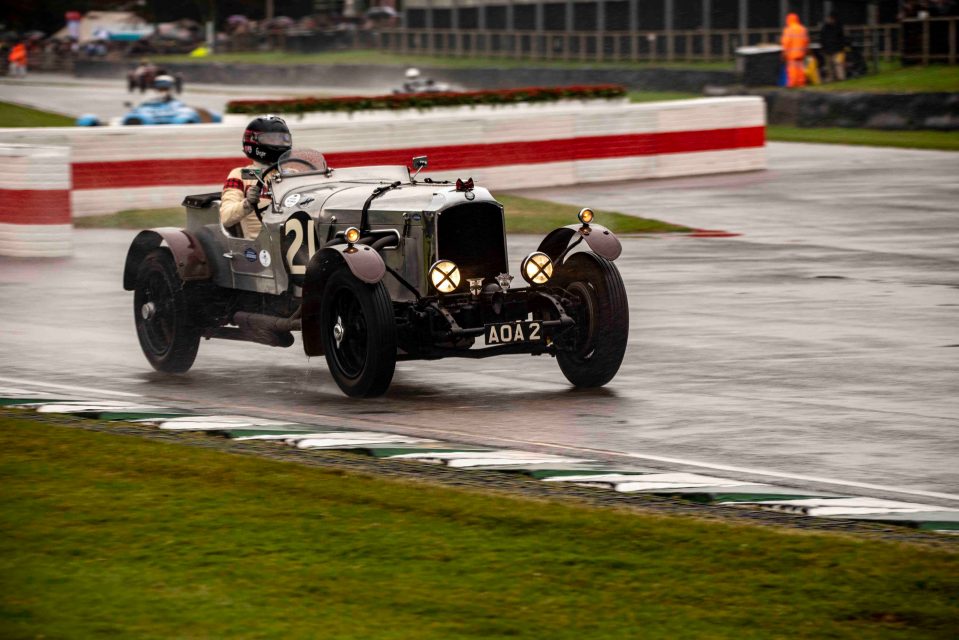 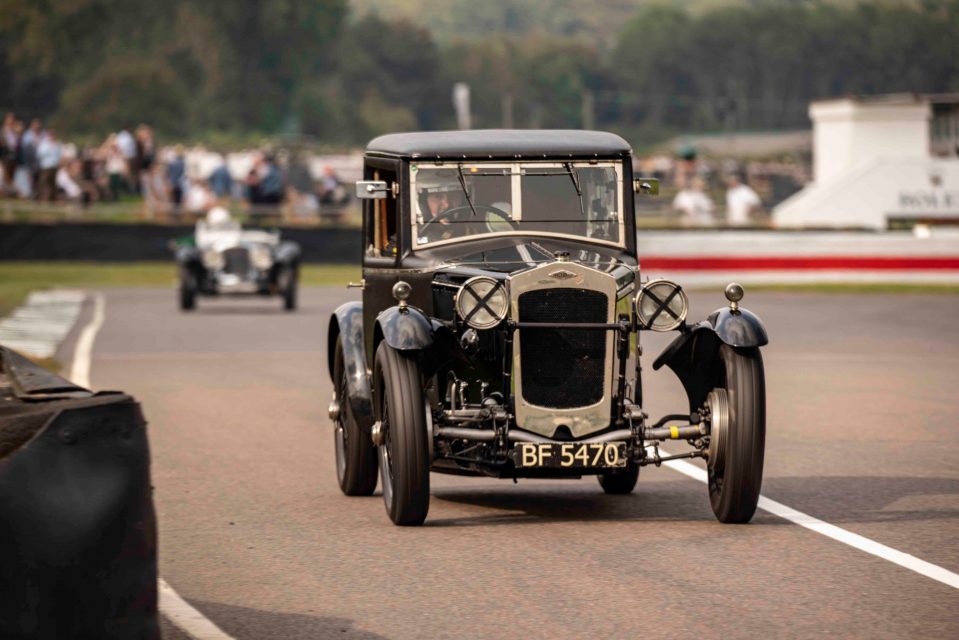 Blakeney-Edwards (Above) had the consolation of finishing second and third, having also shared a Frazer Nash TT Replica with Theo Hunt. 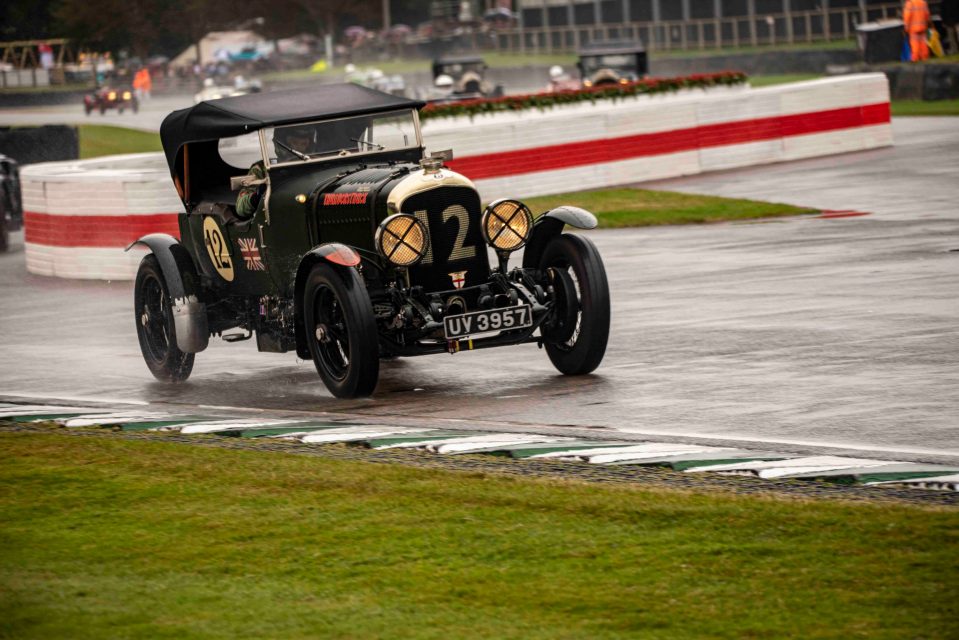 Our Website uses cookies to improve your experience. Please visit our Goodwood Revival Pre-War Racing Highlights – Richmond Trophy & Brooklands Trophy page for more information about cookies and how we use them.