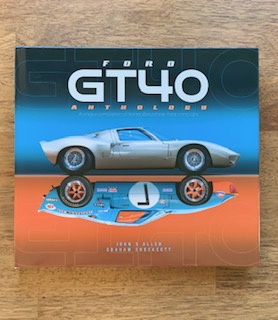 The first ever public on-track appearance of the GT40 was the 1964 Le Mans test weekend, held in April.  Both GT40s crashed on a damp track, one of the two being damaged beyond repair.  The car the GT40 had been built to beat,  – the Ferrari 275P was on pole, and at the end of the weekend the GT40s were only 12th fastest.

The Story of the Ford GT40 is fascinating, and been much written and recreated via film.  But movies distort the facts for the sake of a good story.

So, here’s an opportunity to put the record straight, via John Allen and Graham Endeacott’s detailed Anthology of the GT40. Which creates a magical step back in time, finitely detailed to explain everything from who and how it was created, to what happened at early tests and races. 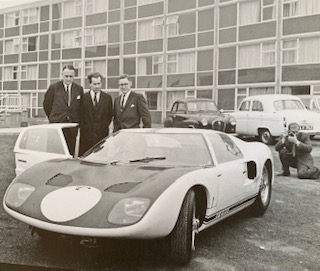 Right the three creators of the Ford GT40, John Wyer, Eric Broadley and Roy Lunn – pose with the car at Heathrow Airport just before it is loaded to go to the US.

A must have for any GT40 enthusiast, what I love about this book is the sheer amount of original photographs which are all explained in detail, who everyone is and what is going on. So you are not left wondering. It’s almost like you were there!

The Ford GT40s first ever race was at the old Nurburgring, (1964) where Phill Hill managed to pop the GT40 into 2nd fastest on the grid (behind a Ferrari 275) Suffice to say, in it’s first year of competition, the GT40 was proven to be fast, but reliability was an issue, as what its superior weight, and quite often it was the gearbox which proved to be its Achillies heel. 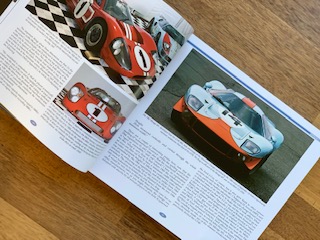 At the 1964 Le Mans, (the race the car was built to conquer)  all three GT40s retired early, leaving Ferrari to scoop victory a clear 3 seconds a lap faster and this is how Sports car racing’s Golden Era started, from 1964 – to 1969 the Ford vs Ferrari battles raged the likes of which have subsequently never been matched.

The Anthology details all the race accomplishments, and provides a great deal of fascinating insights into its design and racing achievements, but it’s the back stories which bring the history of this evocative car to life. Such as the detailed scruntineering report from GT40P/1075 at Le Mans and the unrecorded engine swap that enabled a GT40 to race and finish at Le Mans. 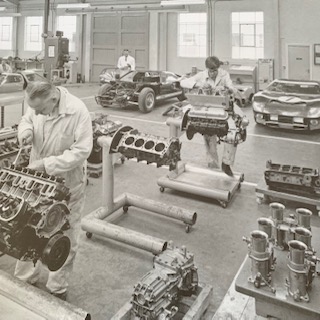 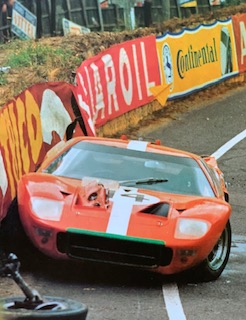 Clearly the GT40s arrival on the scene was much publicised and the story of it’s racing may not have been a runaway success but it did wonders for the Ford brand and received a huge amount of press – and there is an incredible archive of photos from various tests with Graham Hill, Alan Mann, Jackie Stewart, Jochen Rindt, innes Ireland to name just a few. If you are a fan of this golden era of historic racing you are in for a treat.

John S Allen may be a complete GT40 anorak, but that is to your benefit, he has analysed the facts, the photos and lifted every stone there is to be lifted. His theories and stories draw you in, his sleuthing has taken him around the world and he presents the facts clearly and honestly allowing you to make up your own mind, everyone loves a conspiracy theory none more so than the Americans – so when word got to John that the real Ken Miles was actually paid off after his accident and went to live in Hawaii he went off to meet him and find out more..  – Fascinating reading! 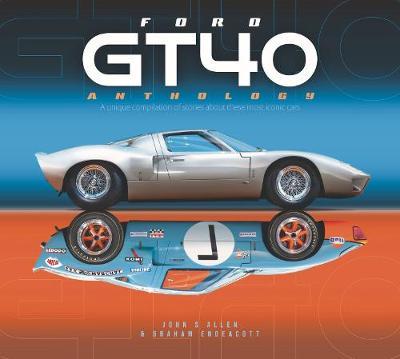 Ford GT40 is published by Veloce.co.uk

We found ‘The Book Depository’ offering 31% off – Purchase here