It has been a controversial move, (not fully supported by the existing Bentley Blower owners,) but regardless of where you stand, we are all still keen to see the goods, and last week Bentley Mulliner released these images of the first new Bentley Blower to come out of the Bentley Factory in 90 years.  This is ‘Car Zero’  the prototype car for the scheduled 12 Blower Continuation Series. 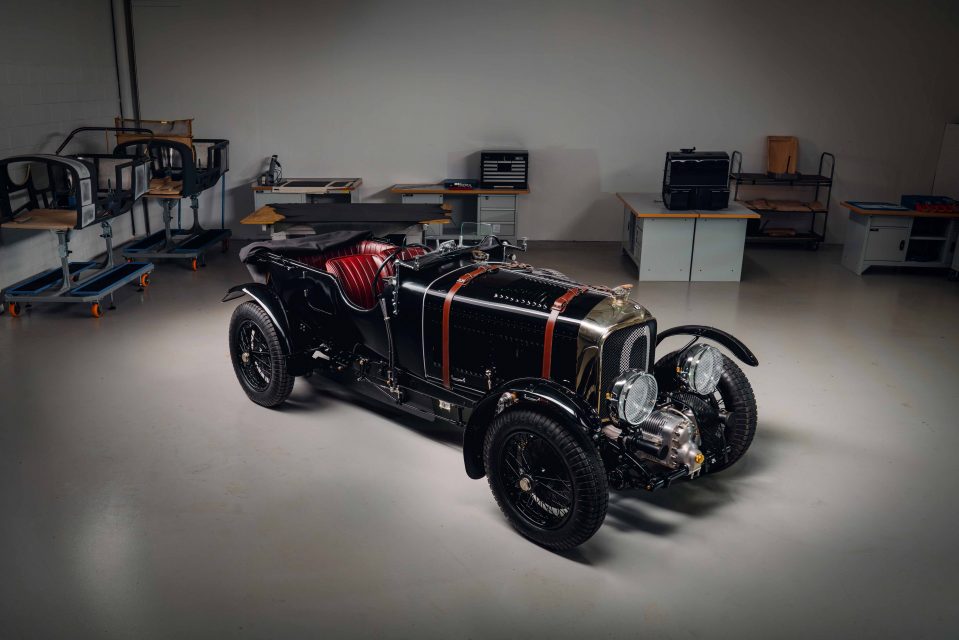 These 12 exclusive run of  customer cars – all pre-sold – and are due to be crafted from the design drawings and tooling jigs used for the original four Blowers built and raced by Sir Henry ‘Tim’ Birkin in the late 1920s. Specifically, Bentley’s own Team Car (Chassis HB 3403, engine SM 3902, registration UU 5872 – Team Car #2) has provided the master model for the Continuation Series, with every single component laser-scanned as part of a wheels-up, sympathetic restoration. 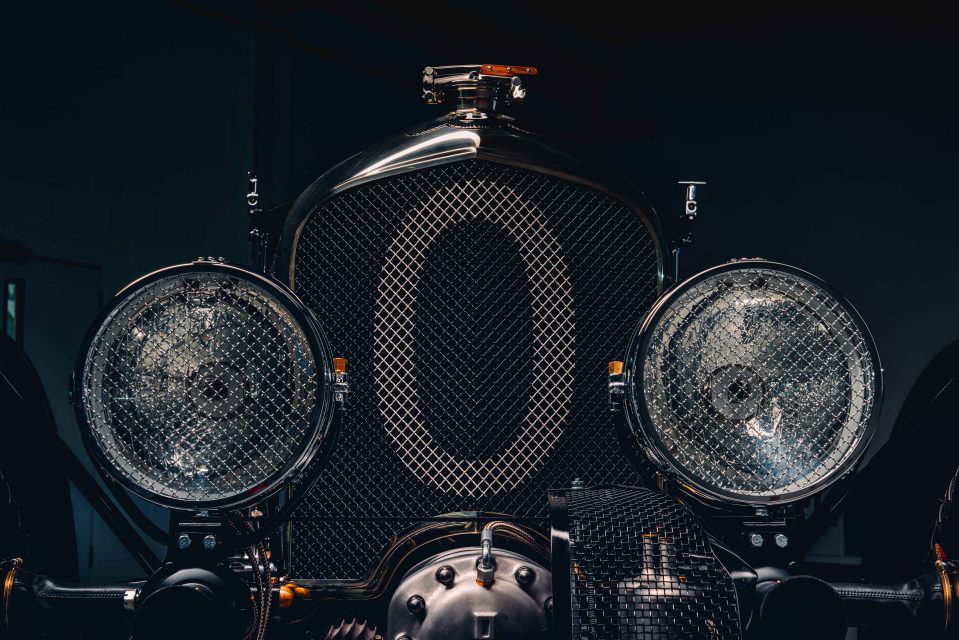 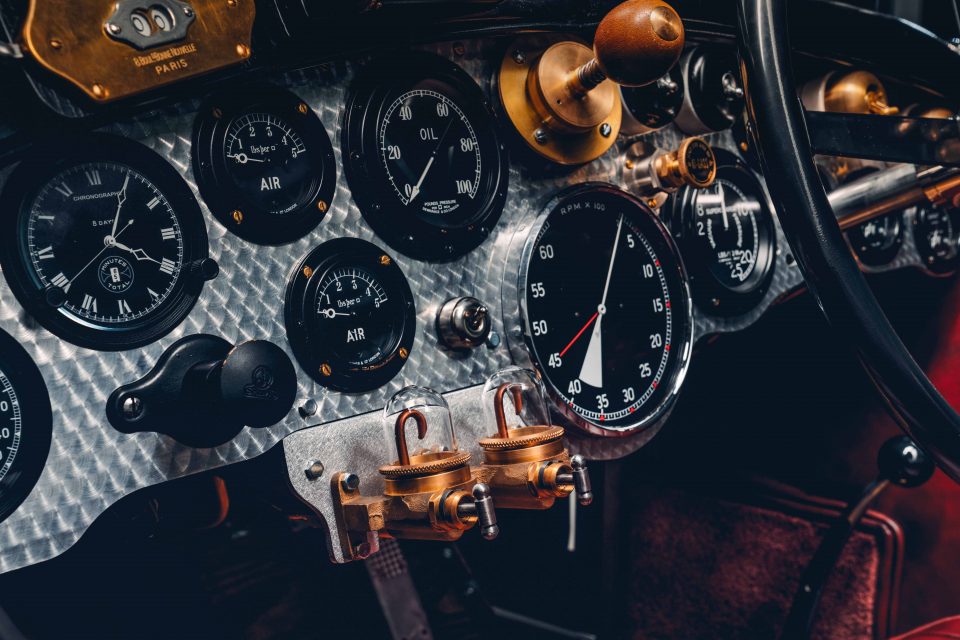 From this data, 1,846 individual parts have been designed and hand-crafted to create the new Blower. 230 of those parts are actually assemblies – one of which being the engine – taking the total part count to several thousand when fixings and interior trim parts are included. Each of these parts and assemblies have been created by a project team of Bentley Mulliner engineers, craftspeople and technicians working together with a number of British specialists and suppliers.

Whilst the project is a sore-point if you talk to existing pre-War Bentley owners who don’t want their values diminished by a flood of new younger models arriving. Some owners are embracing the move with deposits down and a build date in waiting. Whatever your view, the project is great news for the specialist classic supplier industry in the UK, and no one can deny the end result looks stunning! 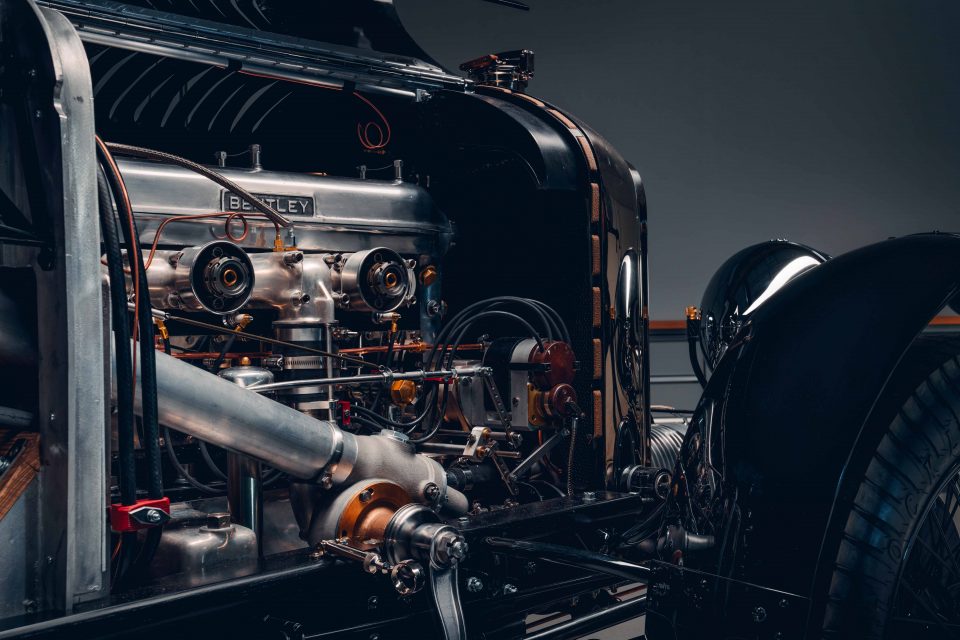 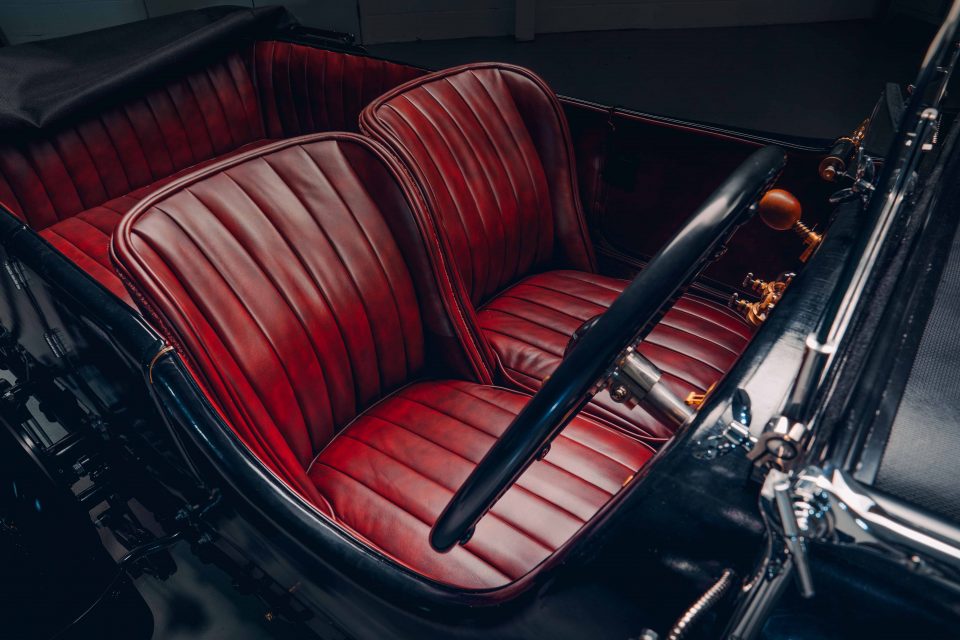 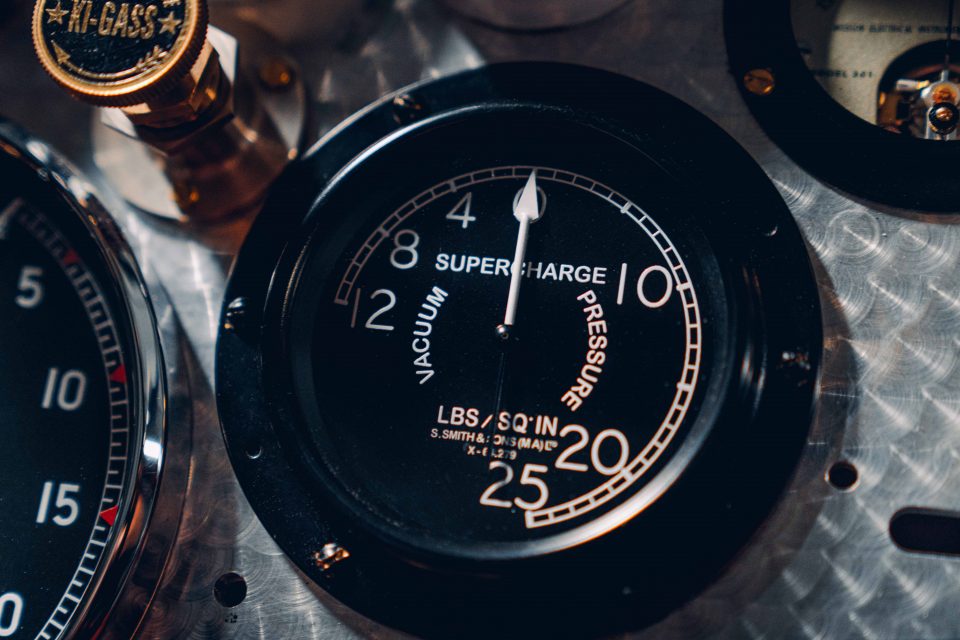 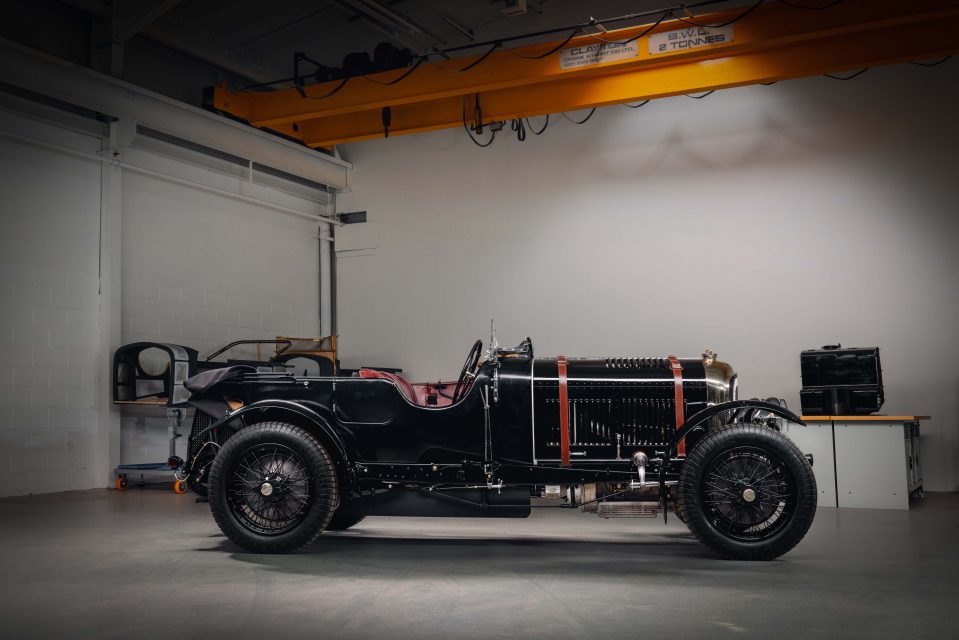 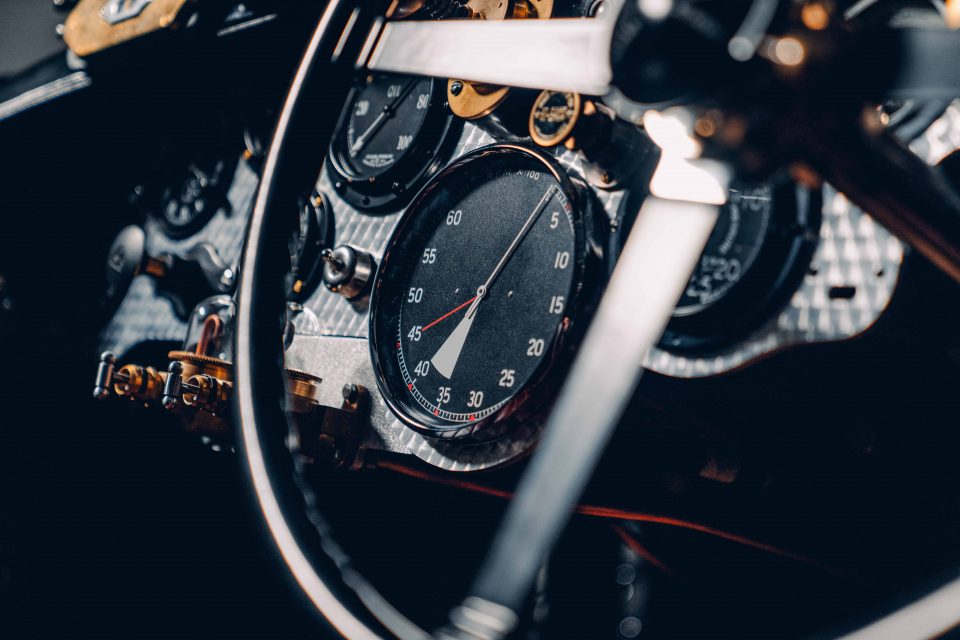 Blower Car Zero is a dedicated test and development prototype, built in advance of the 12 customer cars, and will be subjected to months of durability and performance testing. Finished in gloss black, with an interior in Oxblood red leather from Bridge of Weir. 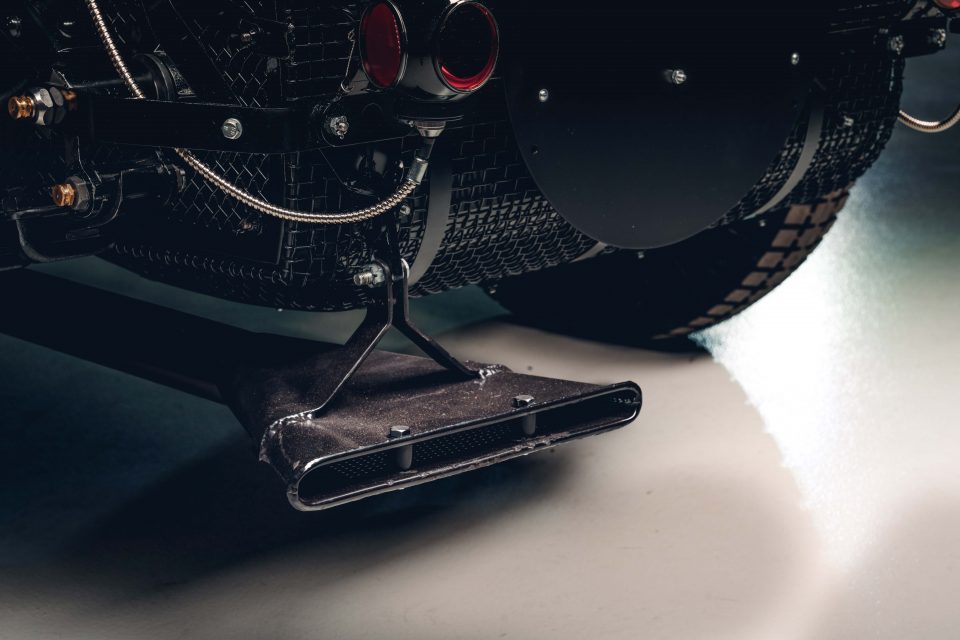 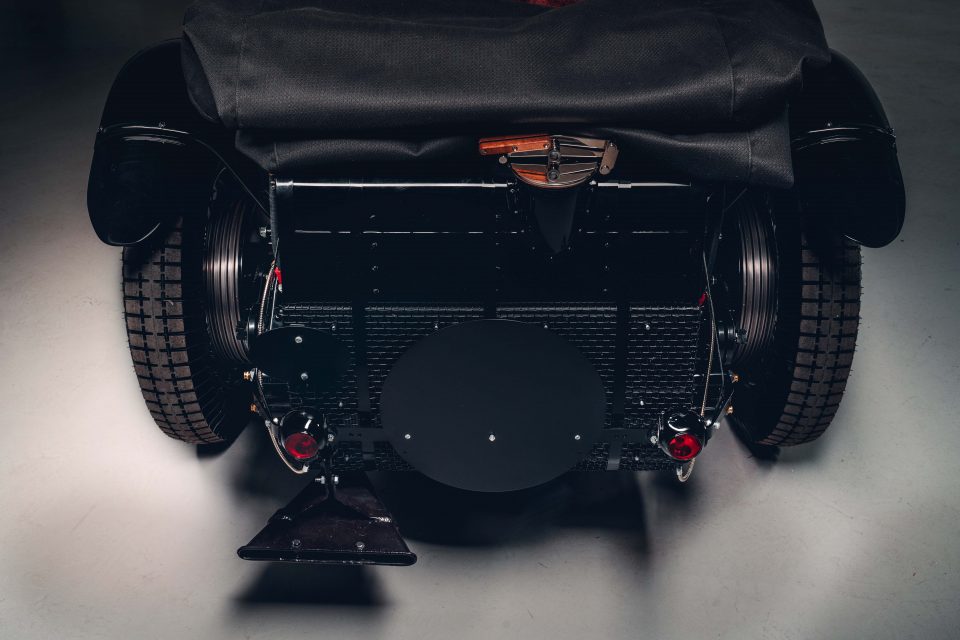 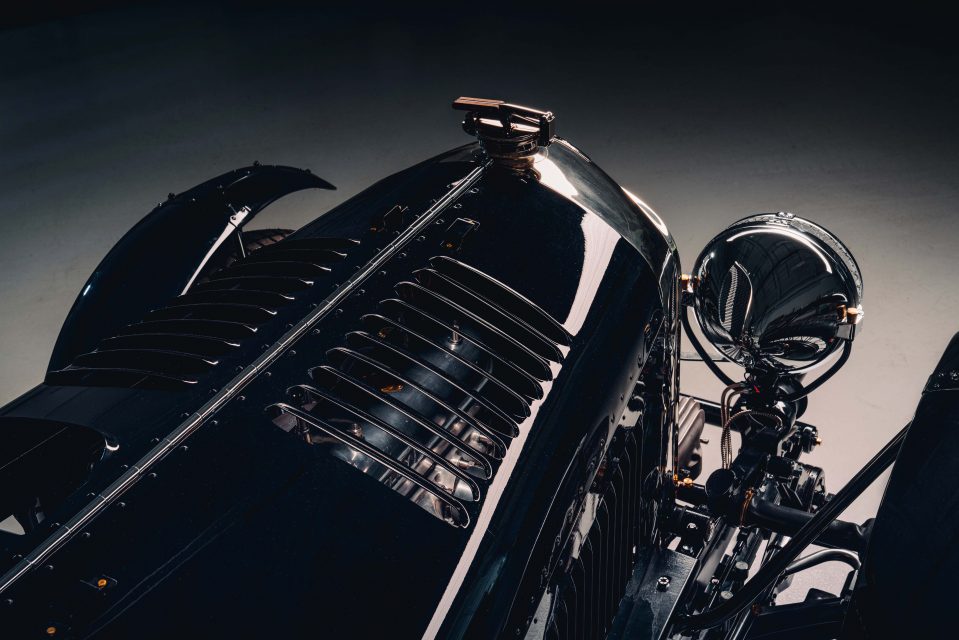 Bentley’s Director of Mulliner, Paul Williams, commented: “Seeing Car Zero come together over the last weeks and months has been astonishing. The very latest digital design techniques came together with genuine artisanal hand-crafted artistry – often using manufacturing methods true to the 1920s. It’s only through this fusion of old and new that we could craft these cars, with the skills of our engineers mirrored in those of our specialist suppliers. We’ve issued thousands of drawings and specifications for components, and watching them arrive into Mulliner and then seeing the car take shape has been hugely rewarding. Now we start the next phase – testing and development, ahead of the build of the 12 customer cars.” 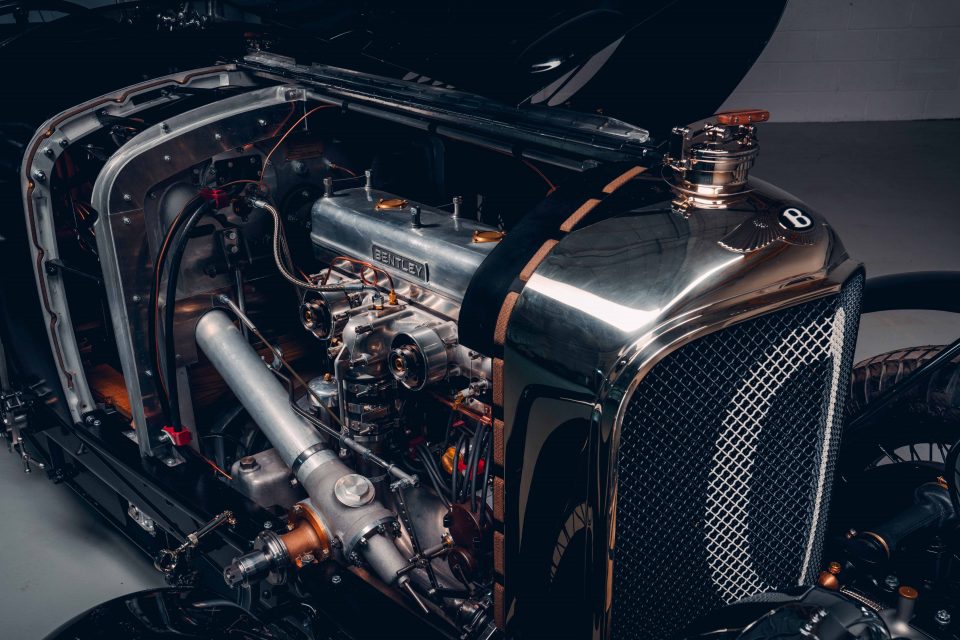 Classic specialists involved in this build include:

The chassis has been created in heavy-gauge steel, hand-formed and hot riveted by the specialists at Israel Newton & Sons Ltd. This 200-year old company, based near Derby, traditionally makes boilers for steam locomotives and traction engines, and as such has the skills to forge and shape metal in a traditional way.

The Vintage Car Radiator Company, based at Bicester Heritage, has crafted exact recreations of the some of the Blower’s key components – including the mirror-polished, solid nickel silver radiator shell and the hand-beaten fuel tank formed in steel and copper. Market leaders in the manufacture and restoration of vintage car radiators and components to the highest possible standards of craftsmanship and authenticity, they were the perfect choice to handcraft these tricky and vital components.

Leaf springs and shackles have been made to original specifications by Jones Springs Ltd, a specialist in the West Midlands with nearly 75 years of experience and a history that started in a blacksmith’s forge.

The Blower’s iconic headlamps have been reborn by Vintage Headlamp Restoration International Ltd in Sheffield. This father and son team is world-renowned for their silversmithing and ability to create vintage-design headlamps from original specifications.

Meanwhile, in the bespoke Mulliner Trim Shop in Crewe, a new ash frame created by Lomax Coachbuilders (based in Ludlow) underwent final stages of carpentry with Mulliner’s team of experts, including the application of 25 meters of highly specialised Rexine material used to wrap the body. Hand-trimming of the body was then completed by Mulliner’s master craftsmen. For Car Zero, the gloss black bodywork is paired with Oxblood red Bridge of Weir leather and matching trim. As per the originals, the seats are stuffed with a total of 10 kilograms of natural horsehair.

Car Zero’s brand new 4½-litre engine, originally designed by W.O Bentley himself, has been created with the expert support of specialists including NDR Ltd in Watford. Featuring many innovations of which a sports car engine of the 1970s would be proud – aluminium pistons, an overhead camshaft, four valves per cylinder and twin spark ignition – the renowned 4½-litre engine has been paired with a newly machined Amherst Villiers roots-type supercharger. The newly created Blower engine is an exact recreation of the engines that powered Tim Birkin’s four Team Blowers that raced in the late 1920s – including the use of magnesium for the crankcase.

While the first engine was being assembled, work was also underway to convert an engine testbed at Bentley’s Crewe headquarters to accept the nearly 100-year old engine design. The engine test facility has been at Bentley since the factory was built in 1938, and the cells were originally used to run-in and power-test Merlin V12 aero engines produced by the factory for the Spitfire and Hurricane fighters of the Second World War.

Preparing the test bed involved making a replica Blower front chassis to hold the engine, which could then be mounted to the computer-controlled engine dynamometer. A new software version to measure and control the engine was written and tested, allowing Bentley’s engineers to monitor and run the engine to precise parameters. As the Blower powertrain is considerably different in size and shape to Bentley’s modern production engines, a number of the original Merlin testbed fixtures – still in storage at Bentley – have been utilised to adapt the testbed to accommodate these special engines.

With the engine fully installed, the engine was put through a defined schedule of run-in ahead of fitment to the car.

100 years of test and development!

There is certainly no denying the original design and craftsmanship of WO Bentley’s creation and if Bentley Mulliner want to do further testing perhaps they should send a car over to one of the Benjafield’s Endurance events.

We went along to the Benjafield’s Double 12 event in September, where 23 pre-War Bentleys were put through their paces for two days in a mock double Twelve revival at Goodwood. You can see some of the photos here.  The full hour by hour write up is in our Auto Addicts Volume Six.

Our Website uses cookies to improve your experience. Please visit our The first new Bentley Blower in 90 years – Car Zero page for more information about cookies and how we use them.