Three Italian crews on board three pre-war cars topped the podium of the recent Coppa delle Alpi 2022, a winter regularity race for historic cars organised by 1000 Miglia Srl, which took place from 9 to 12 March. 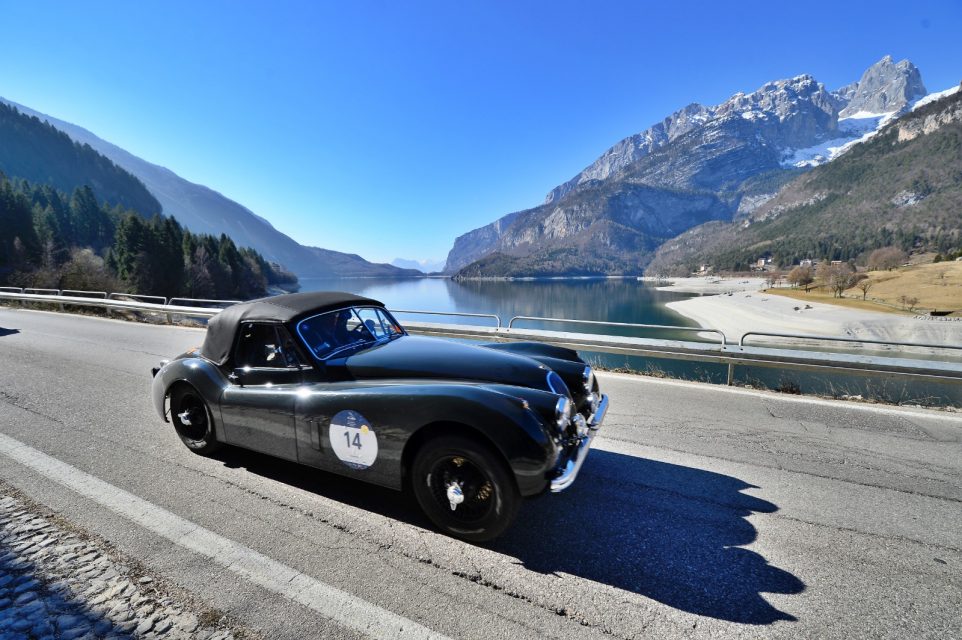 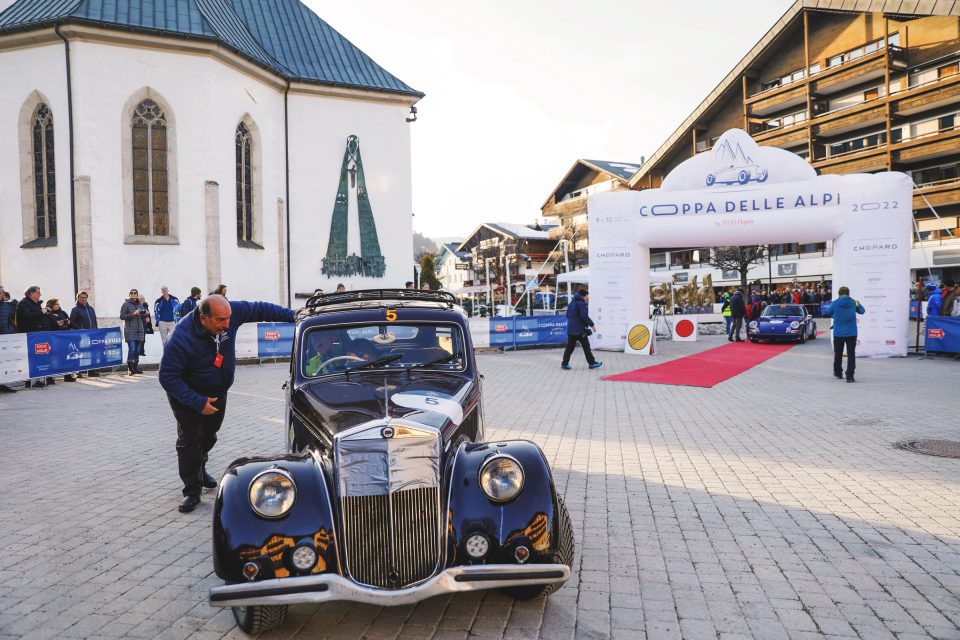 The cars followed a route that crossed the unique Alpine arc of Italy, Switzerland and Austria in the presence of some Unesco World Heritage Sites, reviving what was proposed in the first historic edition held in August 1921: at that time there were five legs and more than 2300 kilometres through mountain passes and crossings, a demonstration of the possibility of reaching places until then considered unreachable and the recognition of the event as one of the most powerful instruments of territorial promotion of the time. 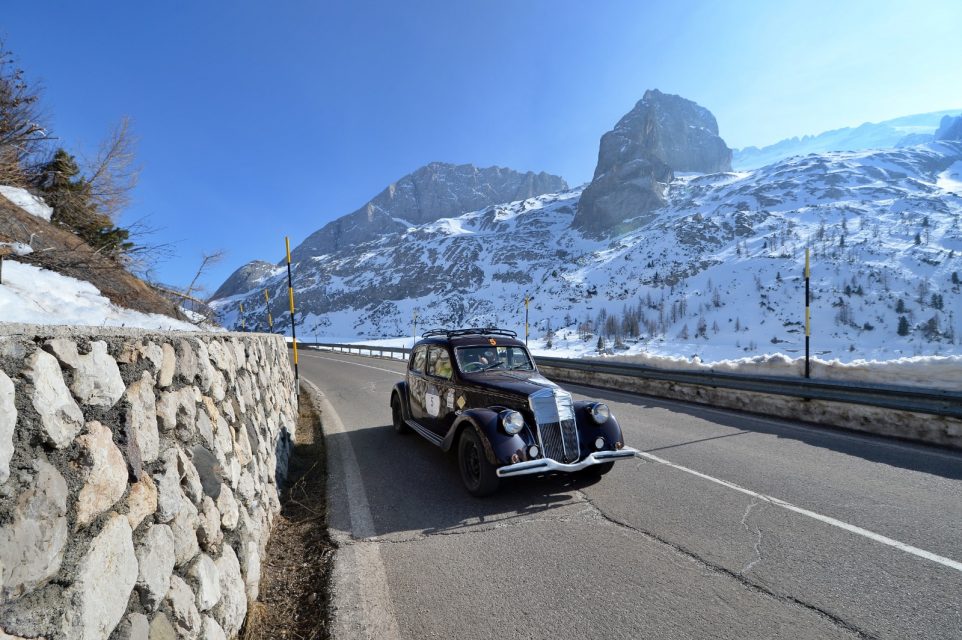 After the first edition by 1000 Miglia in 2019, the re-enactment of the Alpine race will this year see 54 cars at the start with a parterre of crews coming not only from Italy, but also from the United States, Israel, Mexico, Germany, Poland, Holland, Belgium and Switzerland. 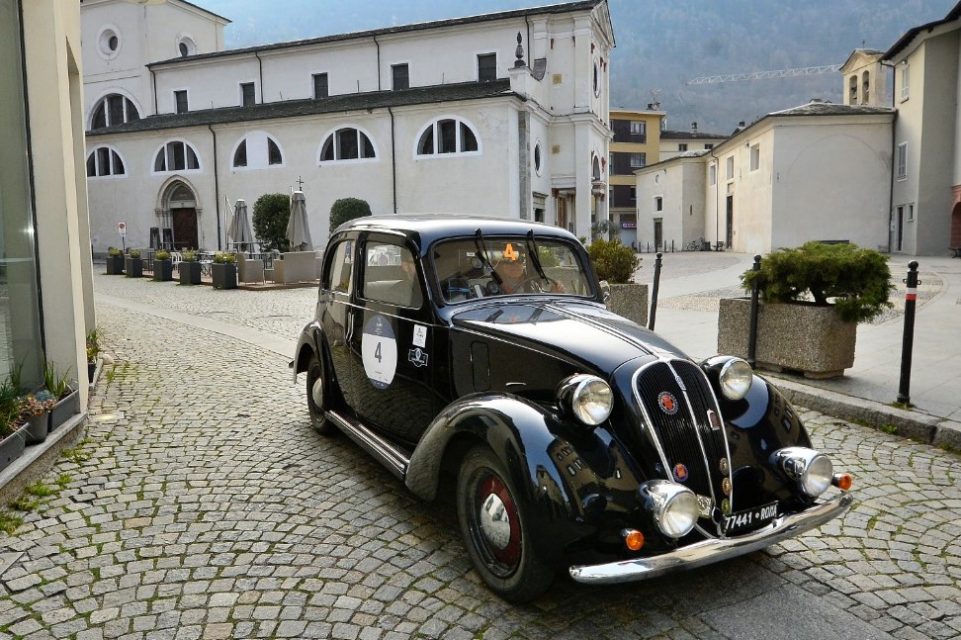 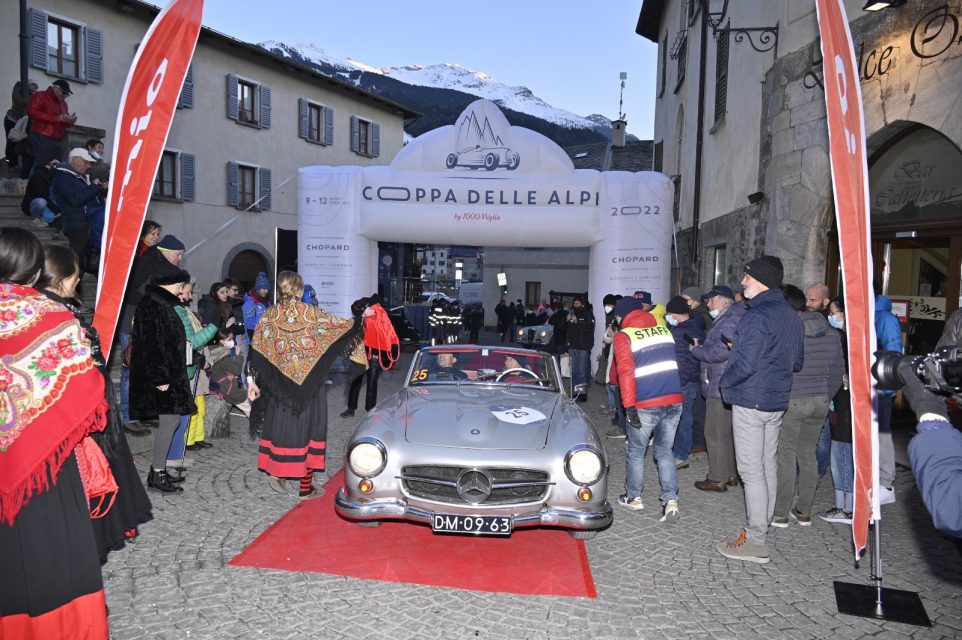 The uniqueness of the 2022 Coppa delle Alpi can be seen in the numbers: 11 Time Controls, 5 Passage Controls, 70 Time Trials and 65 secret Average Detections along a route of over 1000 kilometres. 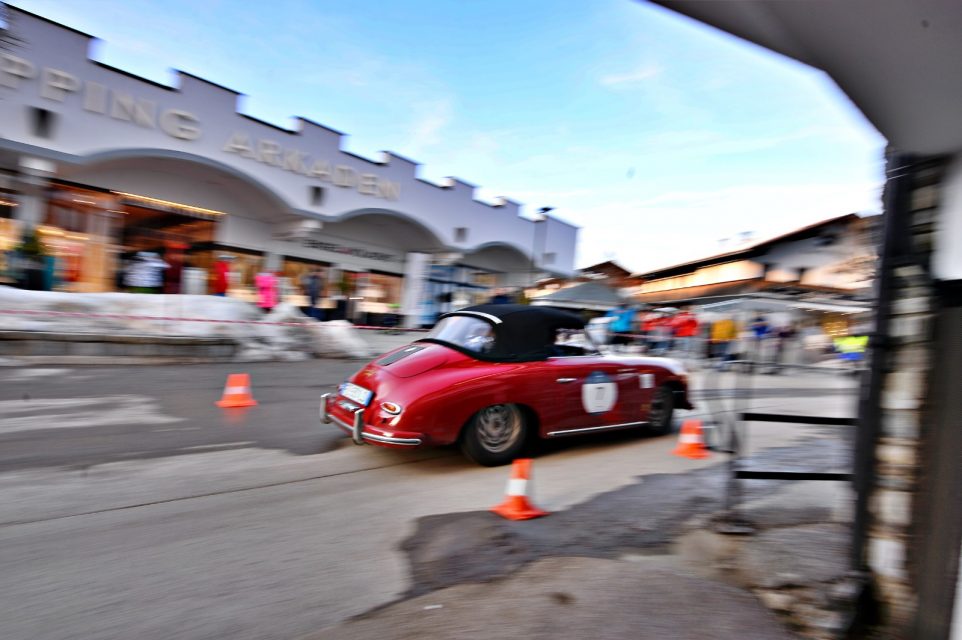 On day one crews started in Brescia as the starting and finishing point of a scenic loop that will reach Nistisino, Sulzano and Lake Iseo.

On the second day, from the city of the 1000 Miglia, the cars will drove along the western shore of Lake Garda towards the Adamello-Brenta Natural Park, a Unesco heritage site with 48 lakes and the Adamello glacier, one of the largest in Europe. The lunch stop in Fai della Paganella took the cars towards Val di Non, Val di Sole, the Tonale and Aprica Passes to Bormio for the end of the leg. 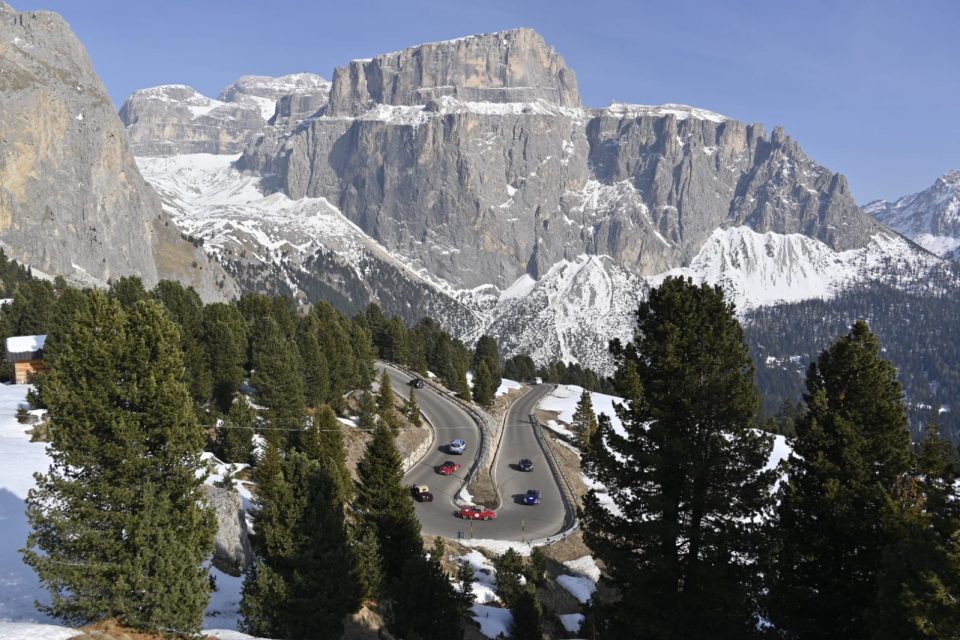 On the third day, the cars drove over the Bernina Pass and through Val Müstair to St. Moritz. Then, after a break in San Valentino alla Muta, they crossed the Resia Pass and continued across the Austrian border to Seefeld in Tirol in the evening. In the final leg, the crews crossed over the Brenner Pass and through the Pustertal Valley to the foothills of the Dolomites where they faced the last sporting trials before reaching the finish line in Brixen/Bressanone, where the final award ceremony took place. 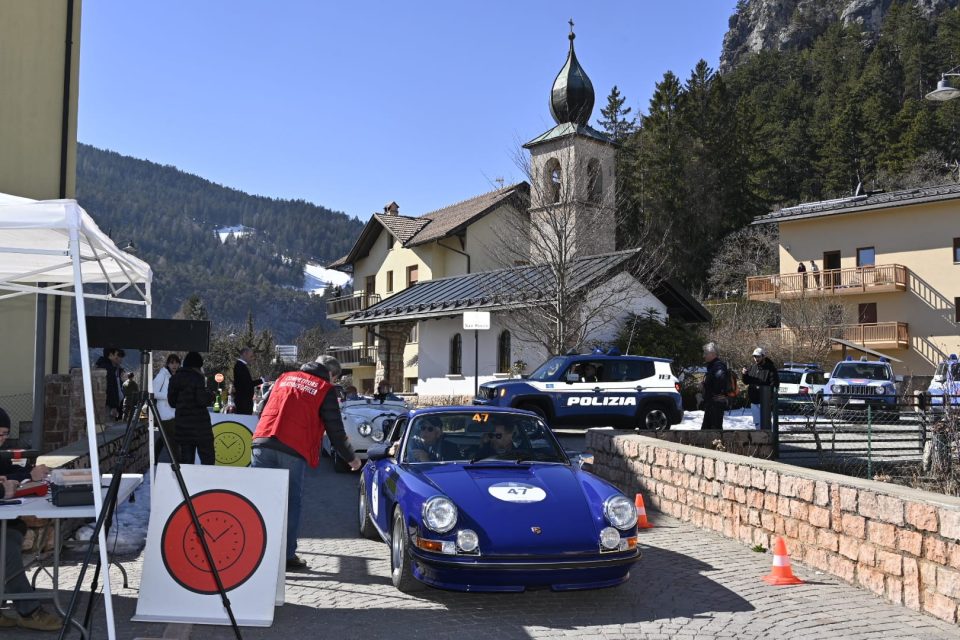 The overall winner, the winner of each grouping and the winner of the General Classification Average Trials is guaranteed acceptance to 1000 Miglia 2023.

There were five special Trophies linked to the Time Trials: the Bper Trophy, the Bormio, the St. Moritz, the Seefeld and the Bressanone Trophies. 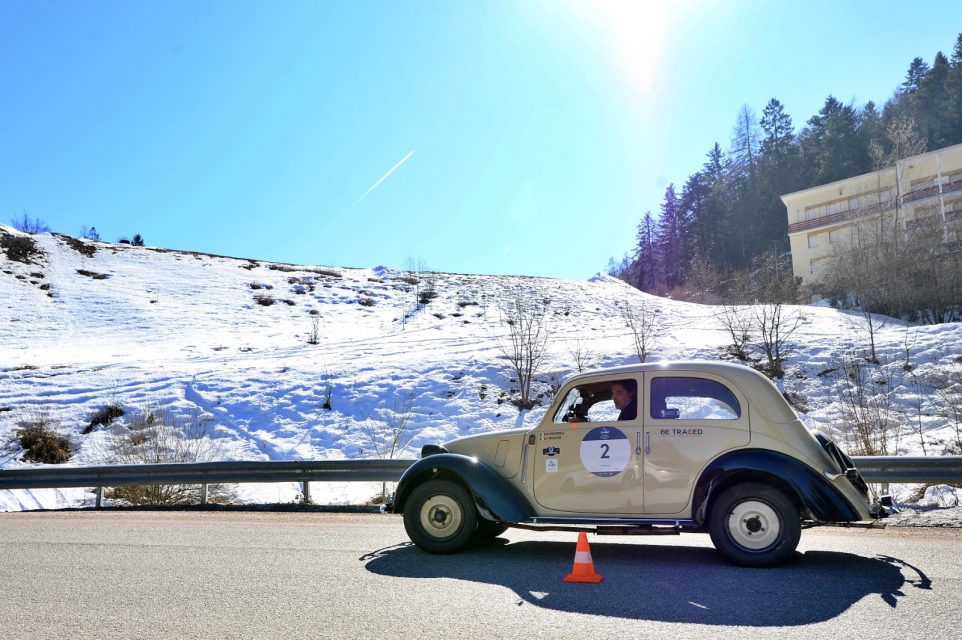 “Two years after the first edition in 2019” – said Cav. Aldo Bonomi, President of AC Brescia – “finding ourselves on the roads of Europe’s most beautiful mountains with these cars that have made history is for us an important sign of starting up again and a support for these territories.” 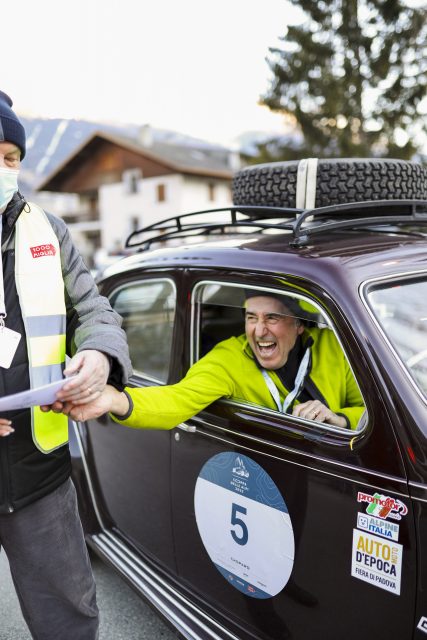 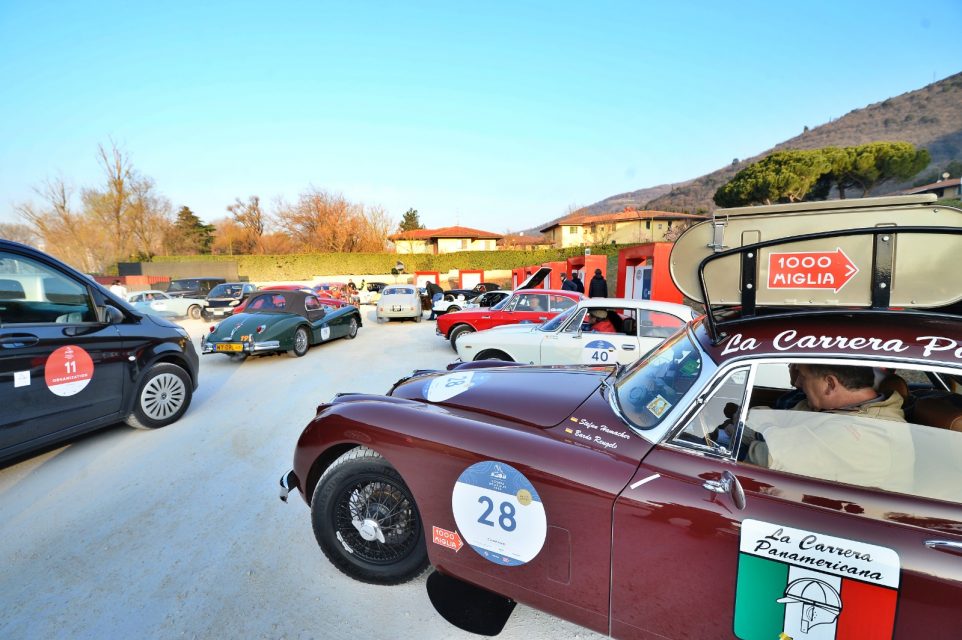 “My first race as Chairman of 1000 Miglia” – commented Beatrice Saottini – “has given me unexpected emotions: I have always taken part in these races as a participant and I hope that this sensitivity of mine can be of help so that our events and races can be an unforgettable experience.”

Report and Photos thanks to 1000Miglia-Press Site