18th May, Weybridge – Crowds converged on Brooklands Museum as it hosted the land speed record celebration day, in partnership with the National Transport Trust and National Motor Museum Beaulieu, on Tuesday 17th May, exactly 100 years after Brooklands played host to a record-breaking run. The celebration event included five land speed record vehicles and was even joined by Wing Commander Andy Green OBE, the current World Land Speed Record holder. A large focus of the day, however, was on the exciting future of mobility and the land speed record’s role in inspiring the next generation. 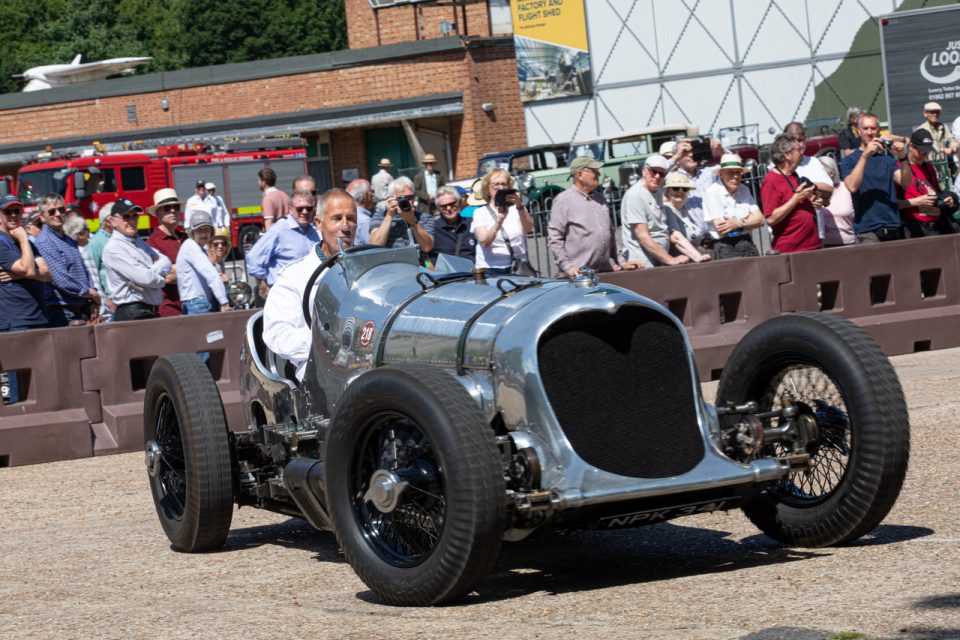 Four schools joined members of the public for the event, which was able to highlight the UK’s rich history of innovation and the amazing potential of STEM knowledge and careers. The morning involved running the five record-setting cars – a fantastical spectacle that also provided context for the impressive rate at which technology has advanced. 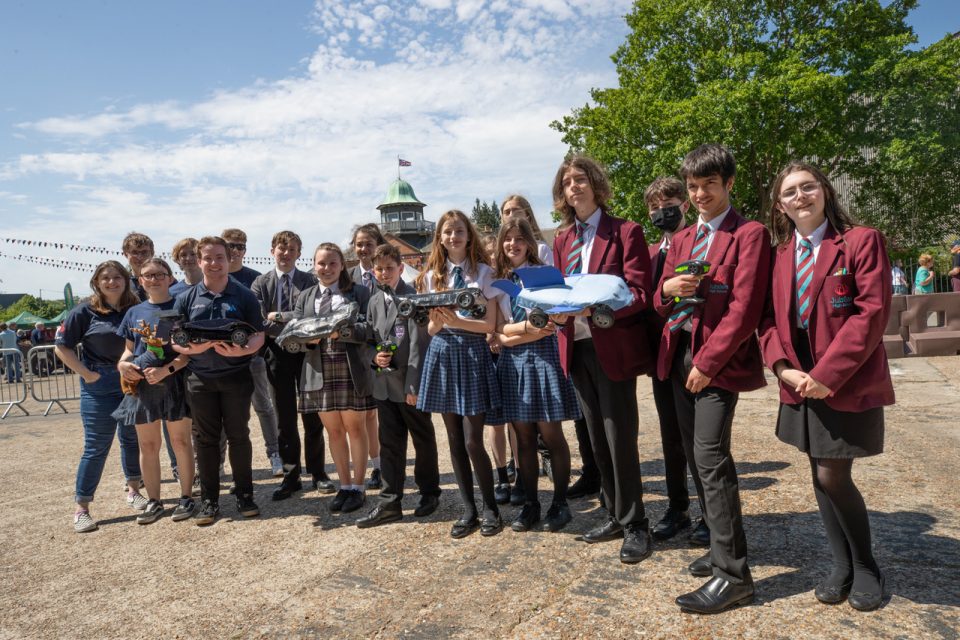 In the afternoon, attendees were invited to a panel discussion with Andy Green and representatives from McLaren Automotive, McMurtry Automotive and Don Wales, Grandson of Sir Malcolm Campbell. The panel discussed the importance of ambitious technical projects like the land speed record in pushing the envelope, enhancing the future of mobility and helping to tackle the climate crisis. Discussion also covered the history, engineering prowess and innovation associated with the land speed record, and how it can lay the groundwork for vehicles today and the mobility of tomorrow. 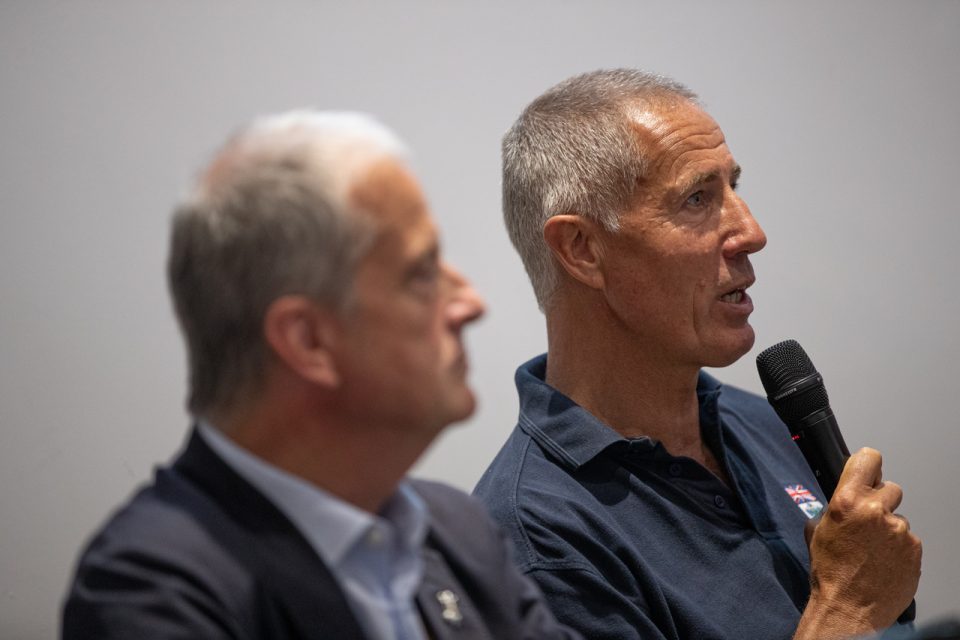 As the birthplace of British motorsport and aviation, Brooklands Museum was the perfect location to host the event, with the pursuit of the land speed record often combining the very best in automotive and aerospace technology.

Exactly one hundred years ago, a new land speed record – a flying kilometre speed of 133.75mph – was set by a 350-horsepower Sunbeam – the last record ever achieved on a closed circuit. The record was immortalised in a painting by F Gordon Crosby, which depicts the Sunbeam ‘racing’ a train. Those attending the Tuesday event witnessed a real-life recreation of the painting, featuring the very Sunbeam that broke the record and the locomotive, Mayflower. Four other land speed record holders were positioned along the finishing straight, making for an impressive display of record-setting performance. Guests on the day were joined by Kenelm Lee Guinness, grandson of his namesake the Sunbeam’s driver in 1922. 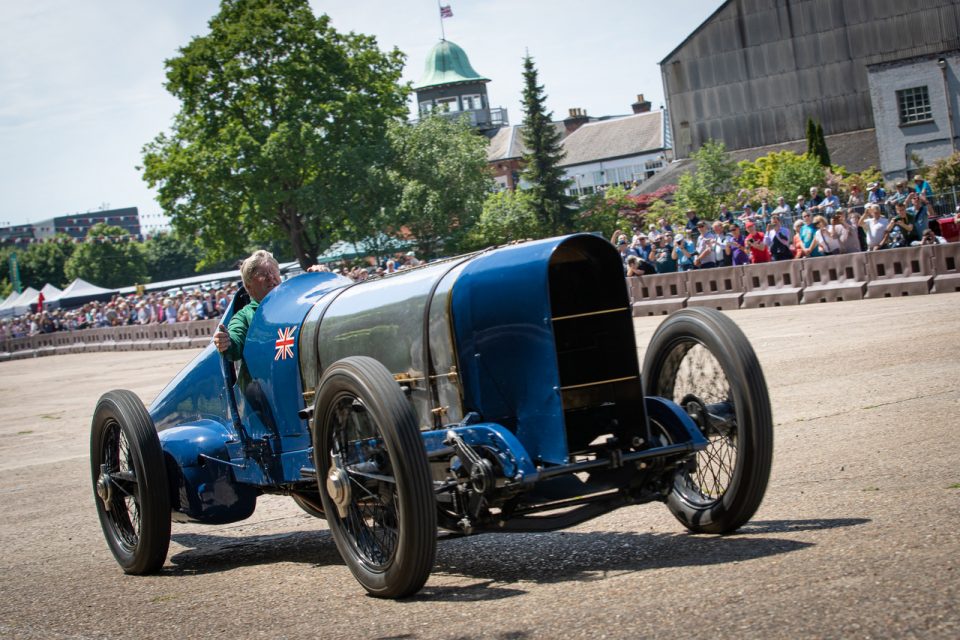 Clocked at 760mph on October 15, 1997, Andy Green has travelled faster on land than anyone in history. This incredible record has stood for over 24 years and attendees were delighted to hear Andy’s story first-hand, discovering the staggering efforts of the ThrustSSC team. 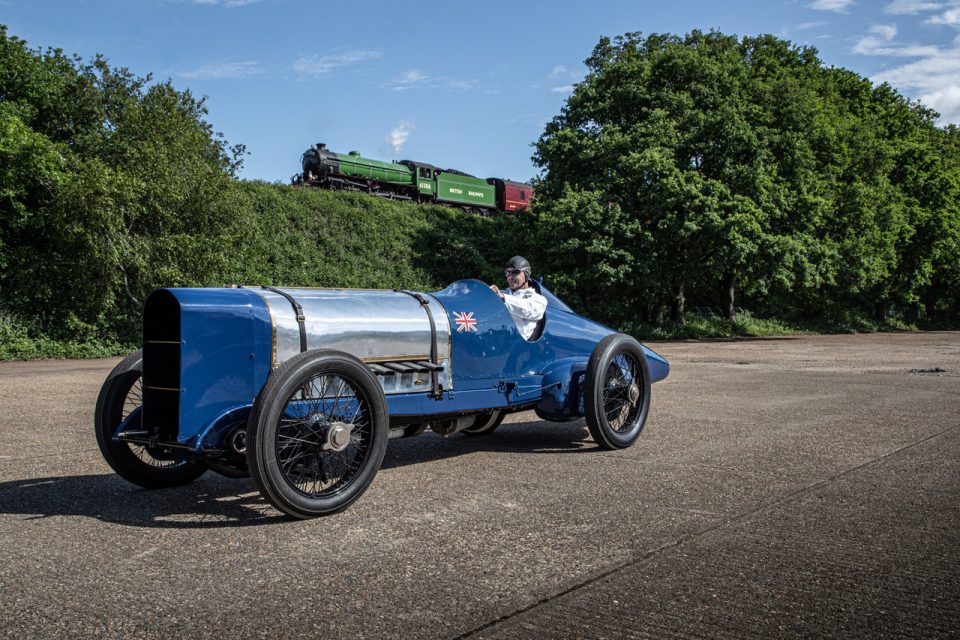 As part of Brooklands Musuem’s dedication to promoting and enabling STEM education, it has recently established the Brooklands Innovation Academy. With the first cohort starting this winter, the academy teaches and inspires with seminars and ‘hands-on’ experiences with real-world STEM applications. Brooklands Innovation Academy is part of the national Science Summer School programme, co-founded by Professor Brian Cox CBE, Lord Andrew Mawson OBE and Well North Enterprises. Professor Cox will host the inspirational key event at Brooklands Museum later this year, which will be attended by 400 secondary school students.

Our Website uses cookies to improve your experience. Please visit our Brooklands Celebrates Land Speed Records page for more information about cookies and how we use them.