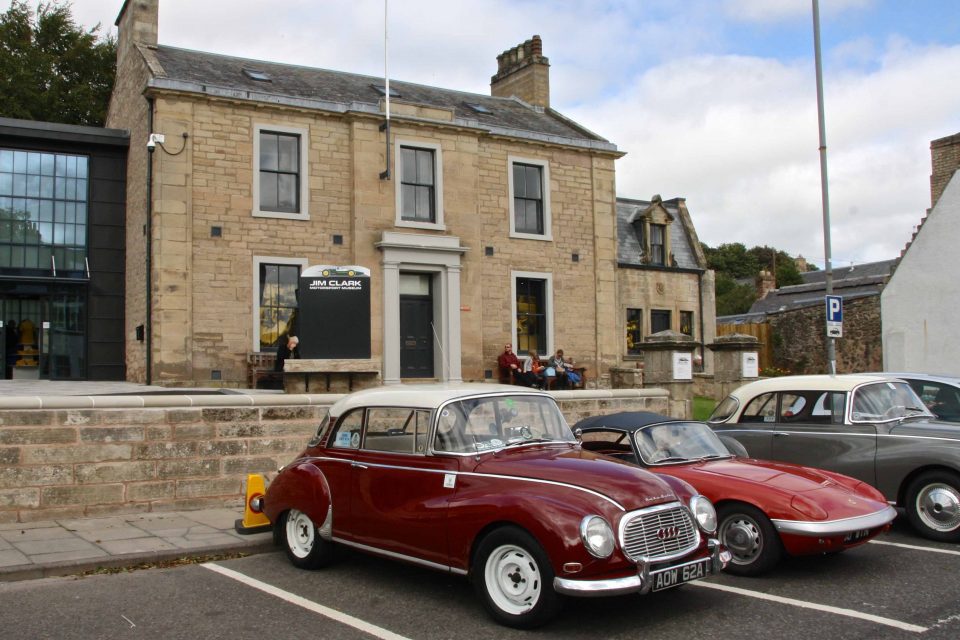 Words and Pictures by: Keith Mainland

The Bo’ness Revival is ‘organised by enthusiasts for enthusiasts’ and is bucking the trend in Scotland by just surviving – largely due to its non-profit motive.  This year the Revival celebrated 60 years since Jim Clark won the Hillclimb in the same Lotus Elite that he shared with John Whitmore at LeMans in 1959. The celebration coincided with the reopening of the expanded Jim Clark Rooms in Duns, now renamed the Jim Clark Motorsport Museum and the Revival organisers made that the destination for the non-competitive classic run on the Saturday. 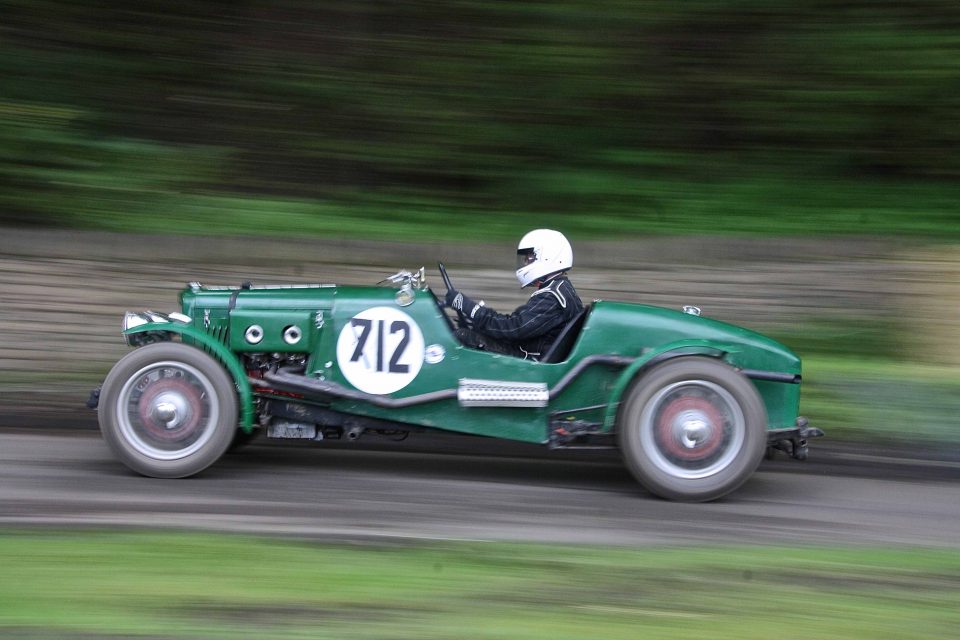 While the Revival Hillclimb competitors battled the ‘Scottish Mist’ (rain) for most of Saturday, the large entry for the Jim Clark Road Tour found better weather on the way to Duns. Having enjoyed visiting the Jim Clark Rooms a number of times, the Museum a significant improvement and, like Clark himself, is at the same time humble and humbling.  It is a fantastic testament to the passionate and dedicated community of relatives and fans that have made it happen. An added bonus was to see Sally Swart (nee Stokes), Clark’s long time girlfriend enjoying the Museum and chatting to F1 journalist Peter Windsor. 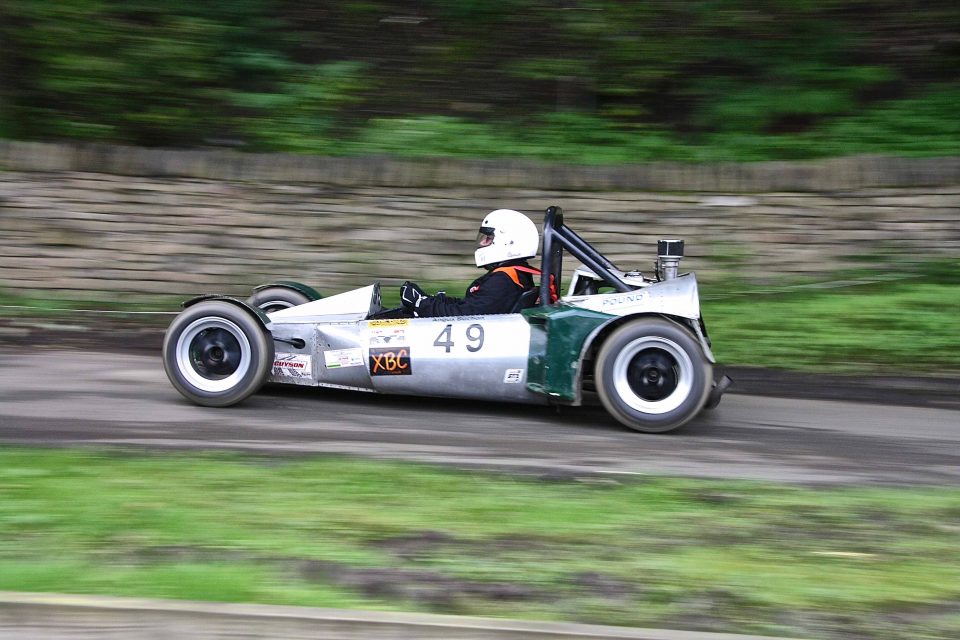 The weather improved for Sunday’s Hillclimb but the 600-yard course was still wet at the bottom and dry at the top.  This resulted in some hairy moments and unfortunate ‘offs’ for a few over-enthusiastic drivers. At lunch time there was a run up the hill for an eclectic group of cars that Clark had raced, from a Goggomobile that required pushing backwards in Autotests because it had no reverse gear to a DKW Sonderclasse and Lotus Elan through to the Ex-Border Reivers D-Type Jaguar that Clark drove to 12 wins from 20 starts in 1958. 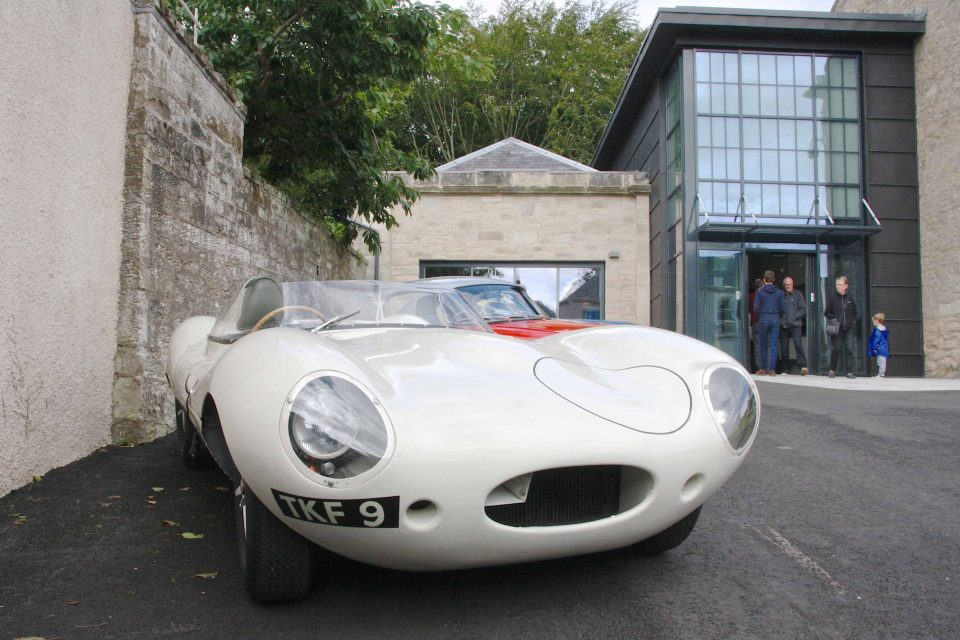 Bo’ness is always remarkable for the variety and eccentricity of the entries in the classic run as well as the hillclimb.  In amongst the usual selection of vintage and classic saloon, sports and racing cars, things that caught my eye were Colin MacLachlan’s Austin Seven Special, an Austin Hearse, Talbot Sunbeam Alpine, Terrapin Mk5 SR, Porsche 904’FF’ replica and Andrew and Jenny Howells’ Hillman Super Imp. 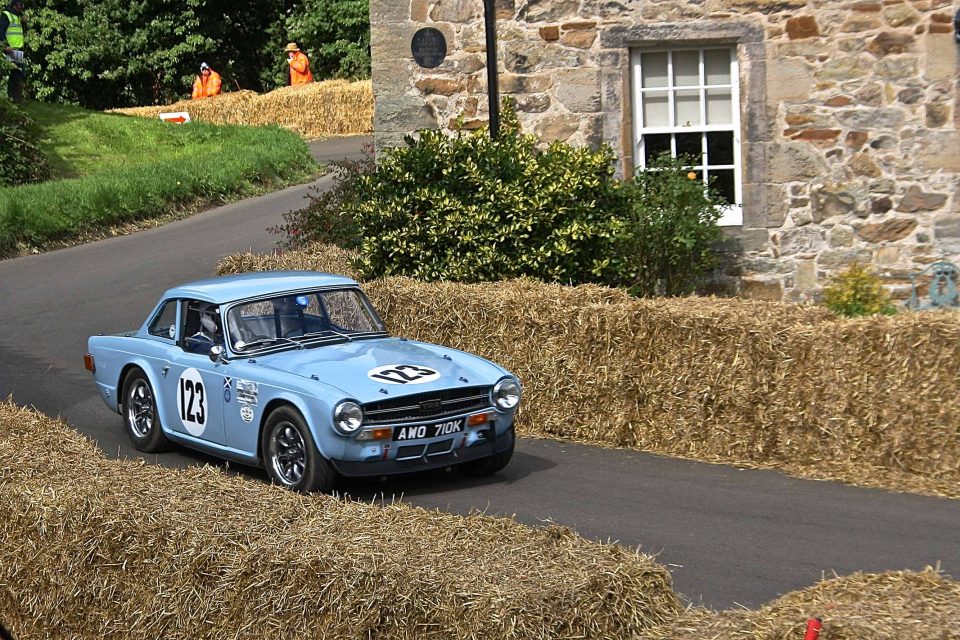 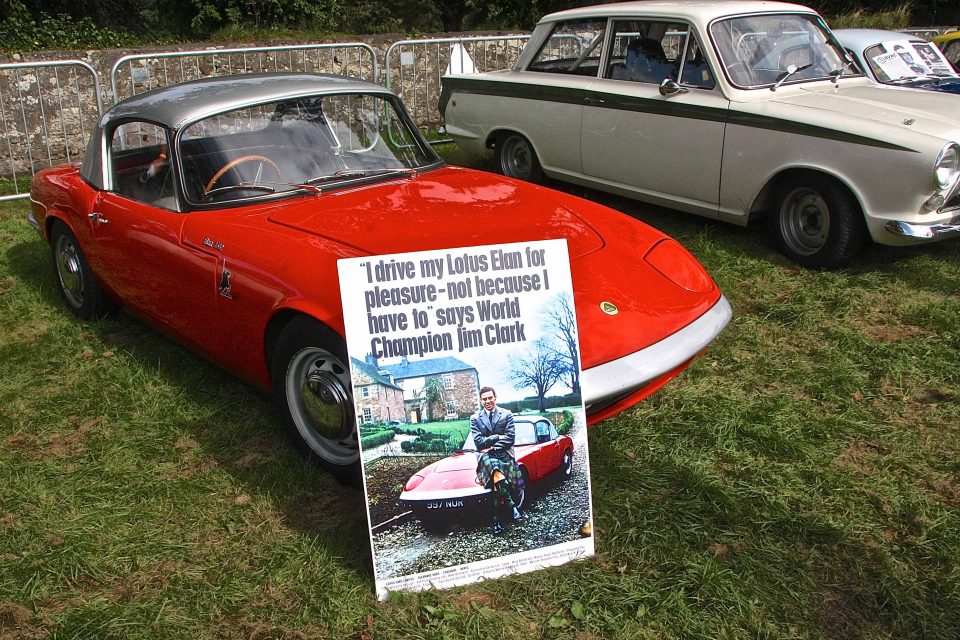 The hillclimb results were affected by weather and course conditions on both days with Sunday times being quicker and some fastest times being set on first or second runs.

Our Website uses cookies to improve your experience. Please visit our Bo’ness Revival: Celebrating Jim Clark page for more information about cookies and how we use them.