Inside the Bentley Motors CoachTriming

Bentley is celebrating the 50th working anniversary of its longest-serving employee this month. Noel Thompson, a coach-trimmer at the headquarters of Bentley Motors in Crewe, England, began working for the world’s leading luxury automotive brand on 1st September 1969, when he was 16 years old.

Noel was one of 60 fellow apprentices to arrive on the shop-floor of the factory that day, where he spent 12 months receiving rotation training across various divisions, predominantly within engineering, before specialising in coach-trimming. An outstanding and highly-sought after line of apprenticeship schemes at Bentley has continued to train highly skilled craftspeople to this day. 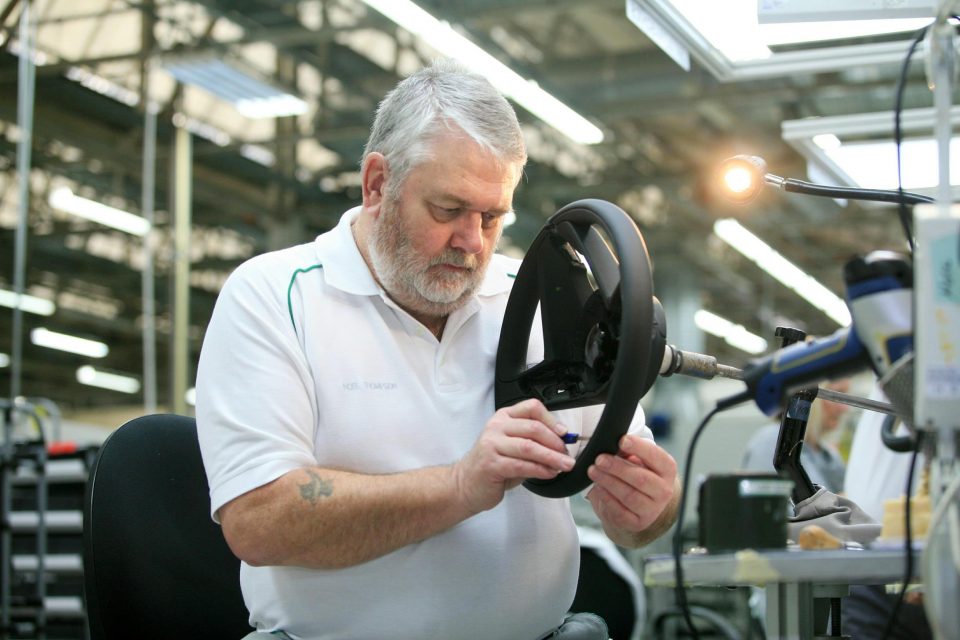 For 22 years, Noel Thompson was fortunate to work at the factory at the same time as his own father, who was employed as a coach-painter for almost 40 years until 1991, a period when Bentley was a subdivision of Rolls-Royce. Noel’s grandmother also worked in the factory during the second world war.

When Noel joined Bentley in 1969, Bentley’s headquarters was a very different place, he recalls, “When I first started, the factory was a bit old-fashioned. We used to push cars around by hand on cradles in the production line. The floors were still bare concrete and the air raid shelters from the 1940s were still in place and being used for storage. We were only producing around 1800 units per year and with a very limited range.”

Volkswagen Group purchased Bentley in 1998 and Noel salutes the positive transformations he has witnessed: “The factory is now bright and modern with an automated track and shows little resemblance to the old days. Virtually every aspect of the business has changed for the better – more models, more retailers, better customer communication. We now have people travelling from all over the world to visit the factory every day.” 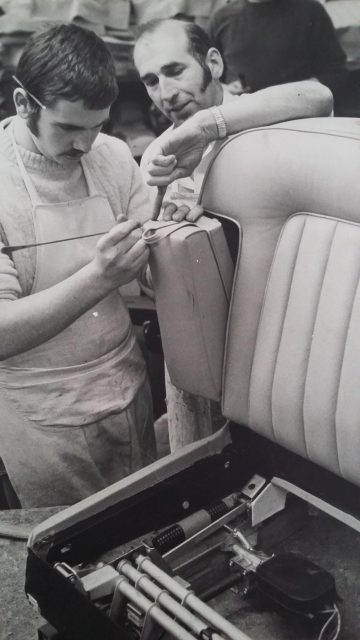 Talking with factory visitors has always been one of the favourite aspects of Noel’s job. In recognition of his outstanding craft and communication skills, Bentley now asks Noel to travel the world each year, representing the brand at global motor shows and events to demonstrate the art of coach trimming. He has worked at British embassies and consulates around the world, presenting his skills to captivated high-profile audiences to promote British craftsmanship.

Noel remembers many proud moments during his career so far, but a highlight was certainly the four days he spent at Buckingham Palace where he met the Queen and other members of the Royal Family.

He says, “I’ve been incredibly lucky, very few people have a job for life these days and I am able to meet new people from all walks of life and share with them what we do.”

Our Website uses cookies to improve your experience. Please visit our Inside the Bentley Motors CoachTriming page for more information about cookies and how we use them.