This 1978 Porsche 911 SC has been a racer for much of its life, originally in a two tone blue and yellow, a livery which, – trust me when I say this – was much worse than the two-tone pink!

The Porsche 911 SC is a versatile 3.0 litre flat size model, the original ugly child of the Porsche air-cooled models – the one nobody wanted to buy – due to a few design flaws like the clunky square mirrors and not so attractive impact bumpers. This made them a great value purchases for race and rally car donors and why you see so many be used for drifting and ice racing. However everything 70s is now cool, and people are starting the love these retro design flaws, especially as the more sought after air-cooled kids are now fetching big money. 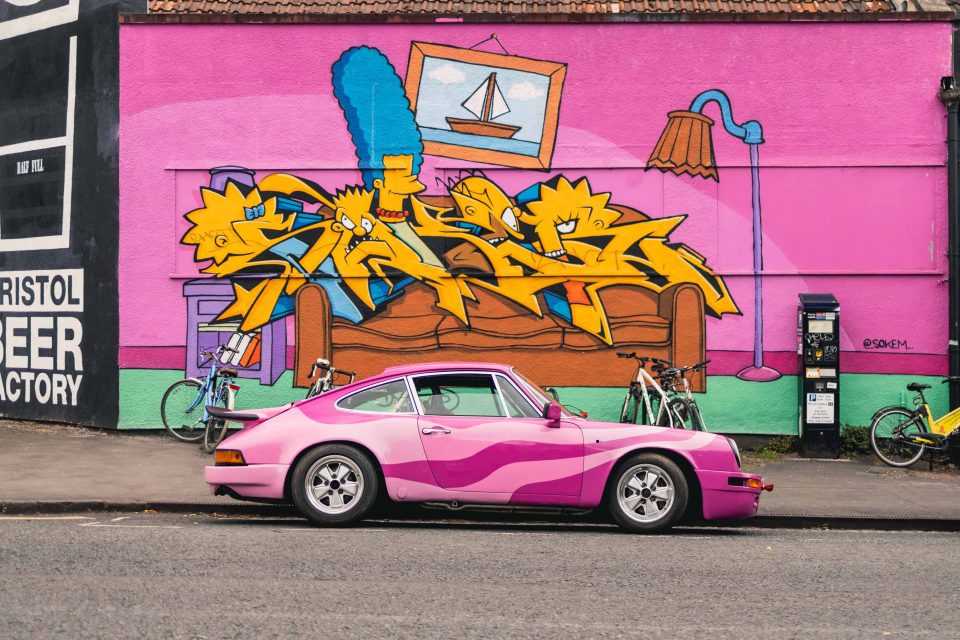 When I started racing this 911 SC, it desperately needed a repaint so I chose Rubystone red (my favourite Porsche colour) and added 3 parts of white to make the second pink. The first time I saw the colour was when it was rolled out of the paintshop and yes, it was pretty shocking! 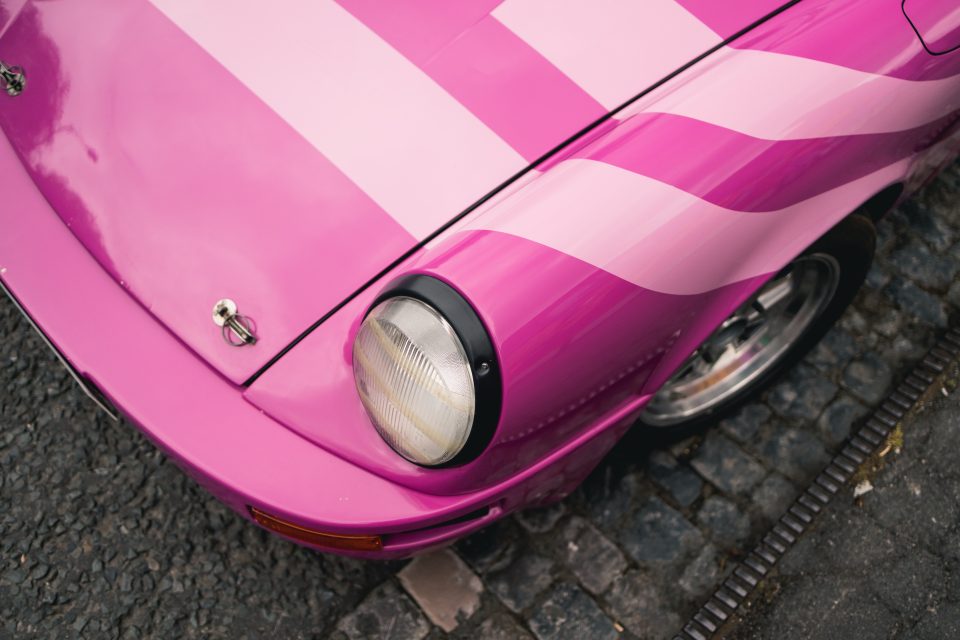 We’ve had our fair share of adventures, in 2008 I entered a full season of Porsche Club Championship and enjoyed the door banging fun of PCGB racing sponsored by Adrian Flux insurance.  We had a lot of fun and finished 2nd in Class at the end of the season, having raced at Donington, Snetterton, Oulton Park, Spa Francorchamps, Castle Combe and Silverstone. 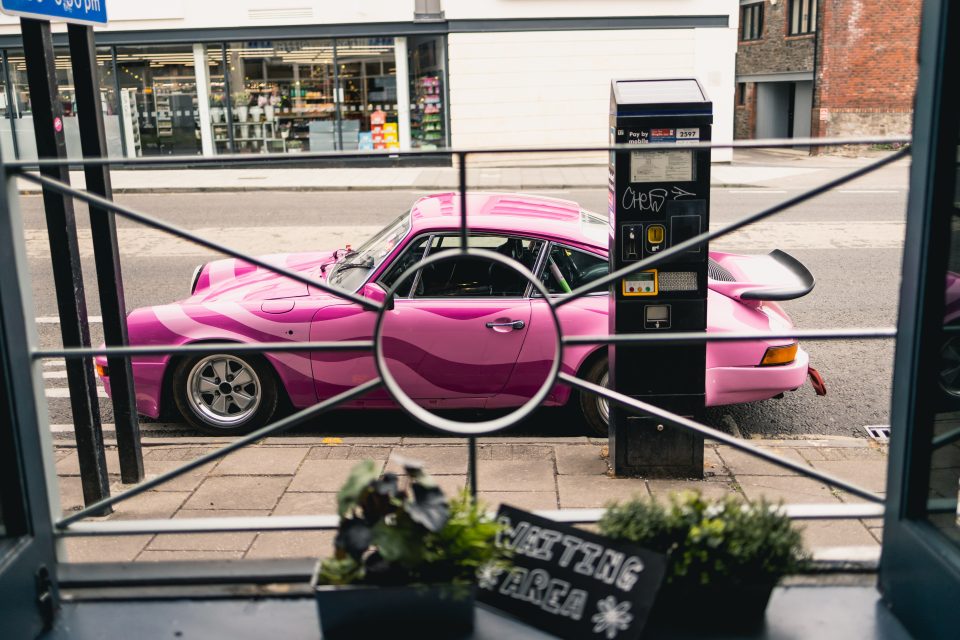 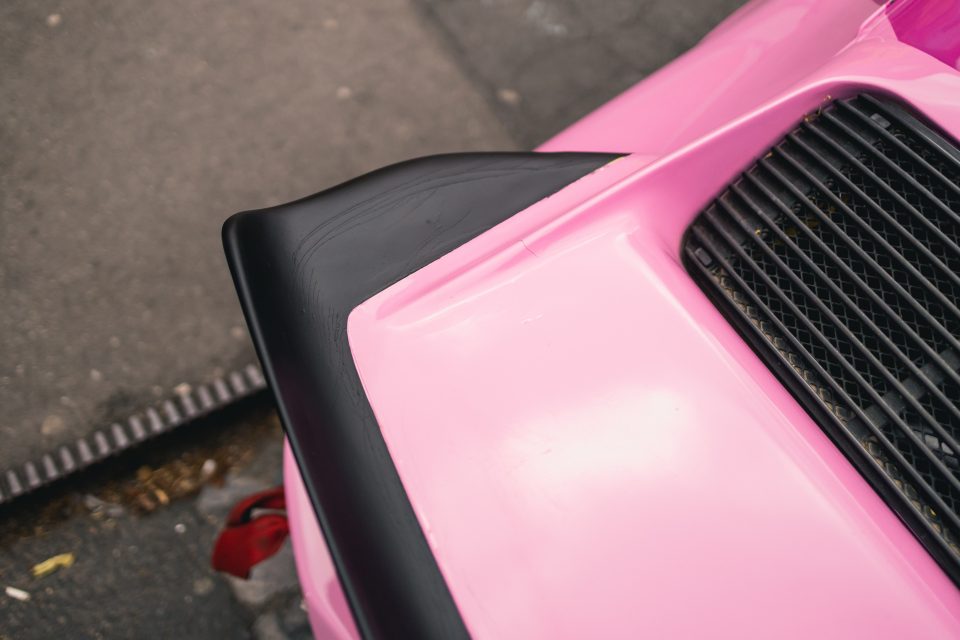 After the Porsche Club racing, I returned with the Pink Porsche to contest the Tour Britannia in 2013 co-driving with Terry Wilson, and did some Classic and Sports Car races in the Future Classics, and HSCC’s 70s RoadSports series. 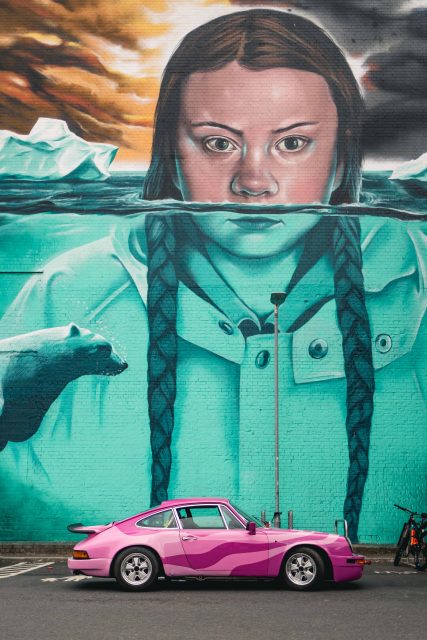 We’ve had a few scrapes and dents along the way, and the car still wears these badges of honour today, but fundamentally it has rarely let me down.

The one day it did let me down was in 2012 when I offered to share the car with Jay Kay (front man from Jamiroquai). One of the fuel lines perished during the race causing a loss of power followed by a small engine fire during his stint, and we obviously had to retire. These are all now replaced with solid steel, and thankfully no harm was done to either car or superstar!

I had another near miss on this MG Car Club all comers race in 2015, when we were behind a big accident off the start. But everyone was OK thankfully and we went on to finish the race.

Early this Spring, during lockdown, I got the PinkPanther out the shed and cleaned off all the race stickers and decided to drive it around the deserted streets of Bristol. Inspiring @CharlieB.photography to come down and take these fabulous images. We stole the background of some amazing Bristol street art the pink simpsons work by @_sokem_  and the Greta Thunberg work is by @Jody_artist and we obviously had to stop for afternoon tea at the ubercool Bakesmiths! 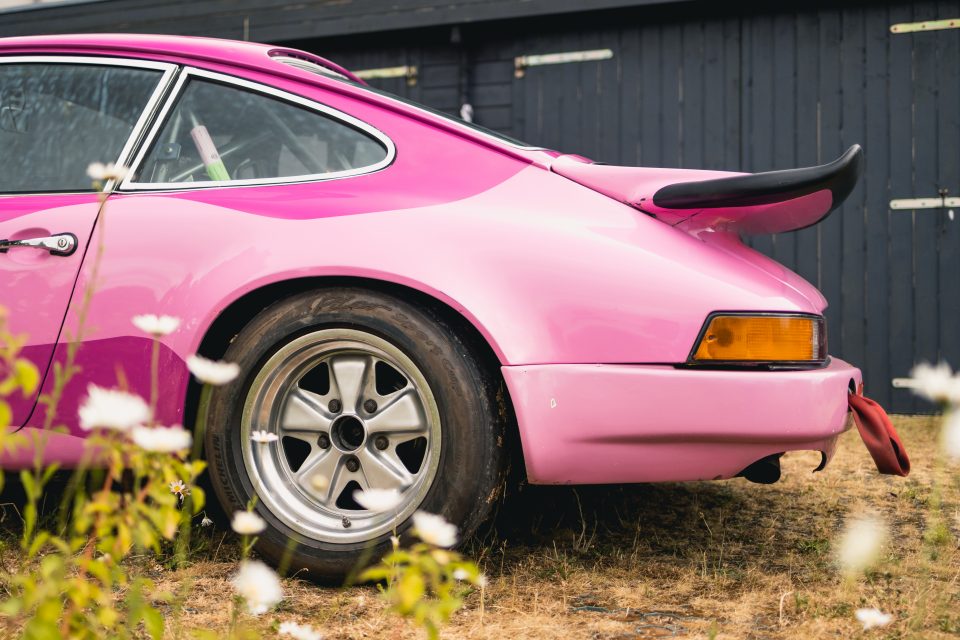 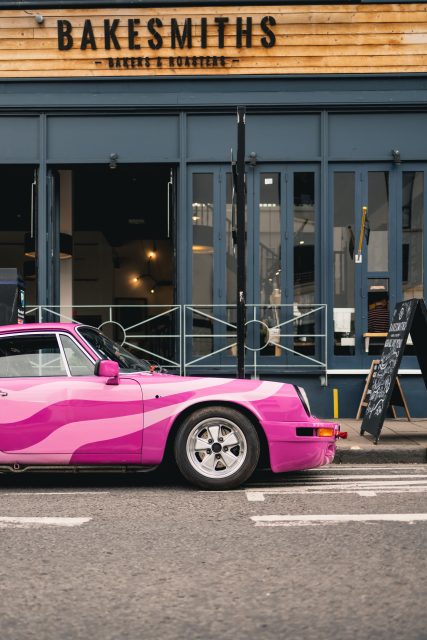 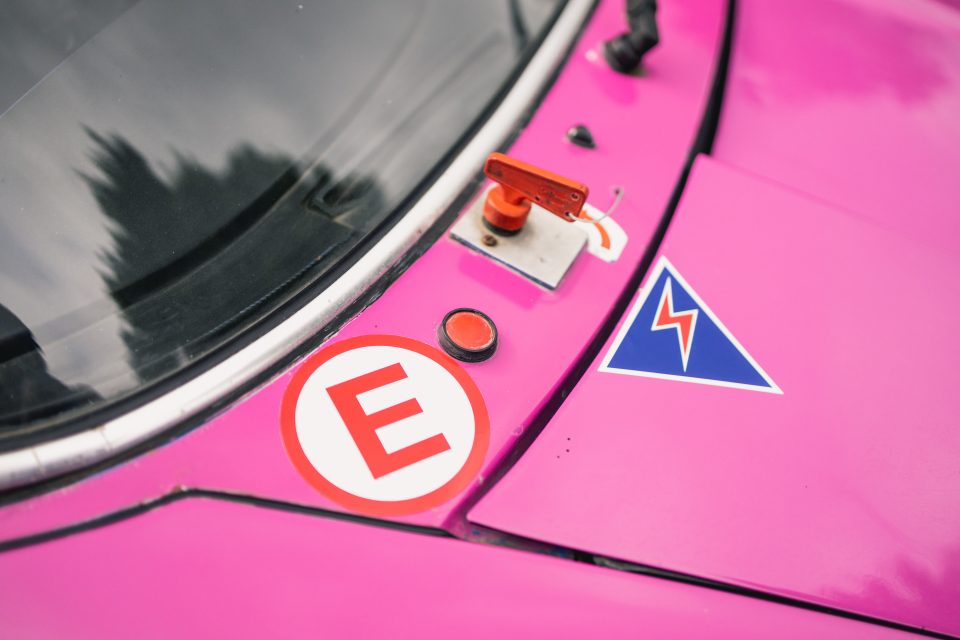 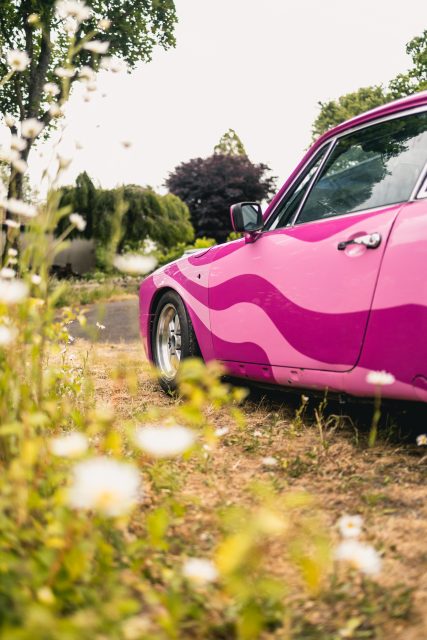 Would I ever sell the Pink Panther?   Well, Yes, if the right owner came along with a good story – I would consider it. – It’s definitely not everyones cup of tea and there will definitely be Porsche purists choking in their coffee I am sure, but you know what?  We’ve had a blast, if you are going to enter a one marque series as the only female you may as well go all in guns blazing in a stand-out-a-mile pink Porsche – I say. – Plus there are not many cars you can drive to the race track, race and drive home again, but this is one of them!

If you have a need for a Pink 911 SC in your life email me and put your case forward. sarah@autoaddicts.co.uk 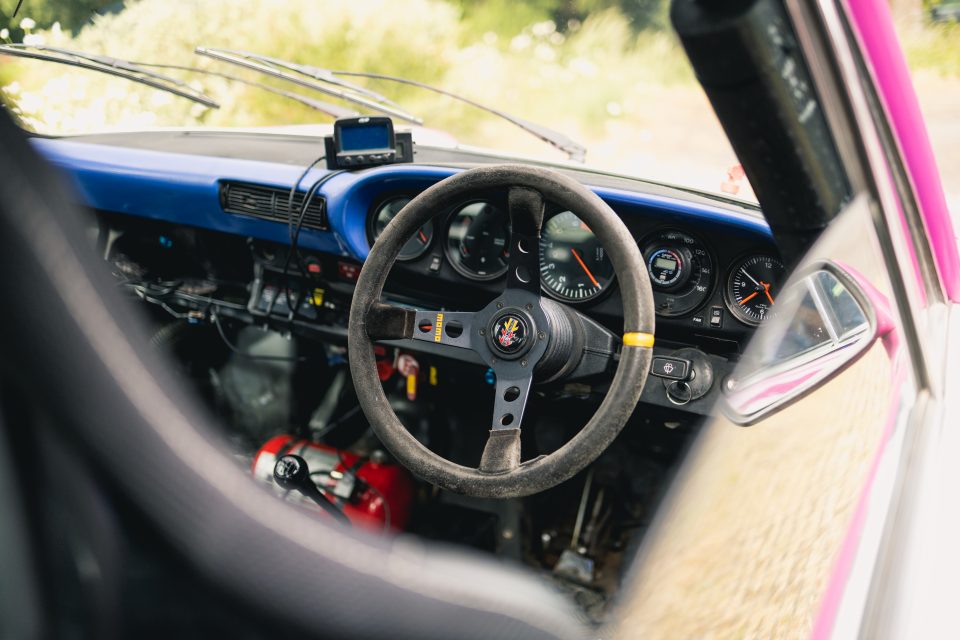 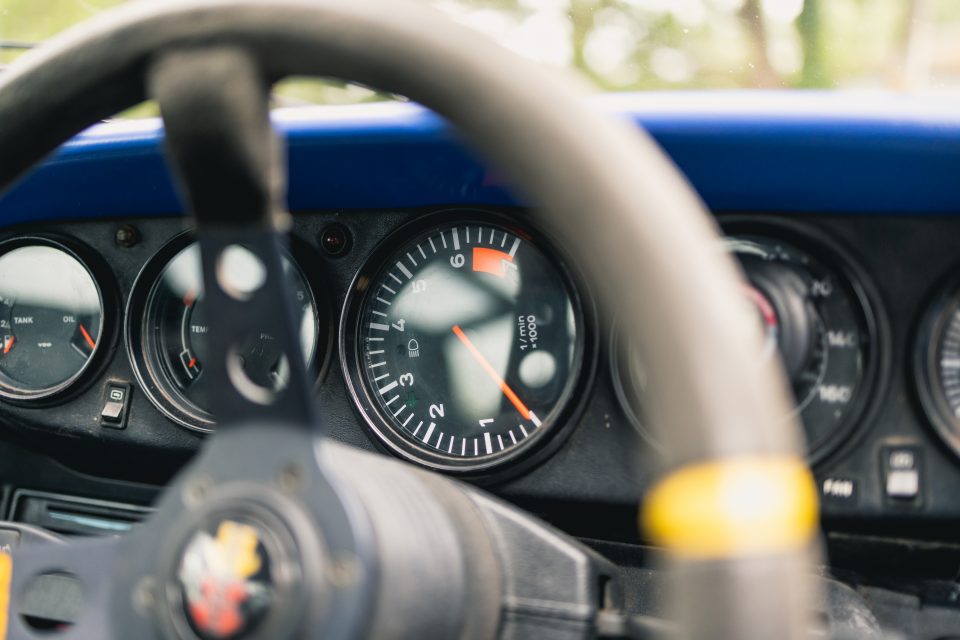 Our Website uses cookies to improve your experience. Please visit our 1978 Porsche 911SC – The Pink Panther page for more information about cookies and how we use them.