What’s on at The Classic?

This year’s Silverstone Classic event (newly named The Classic, Silverstone) is upon us! It is to be celebrated as the 30th Anniversary event, and after Goodwood FOS and the British GP success, it looks set to be a big one. 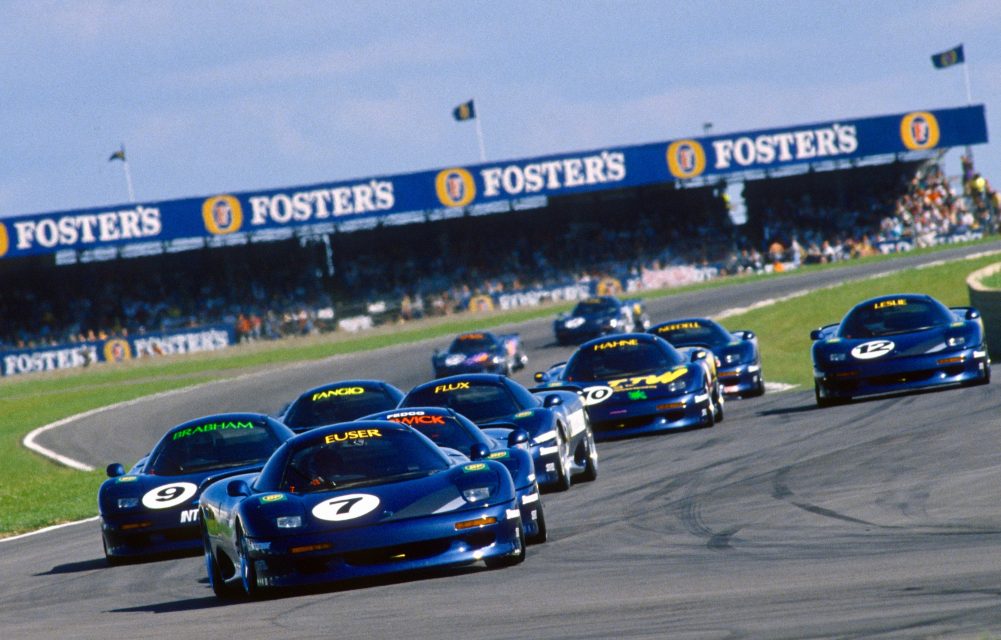 We take a look at the highlights:

The event celebrates the Diamond Jubilee anniversary of the Jaguar E-type with a huge track parade on Saturday evening which will be led out by – The legendary indigo blue roadster ¬– in which Damon’s father Graham Hill made history when scoring a debut victory 60 years ago – this car will also be on display on all three days of The Classic. On the Sunday Motor Racing Legends host a packed grid for the 60th Anniversary E-Type Challenge which looks set to be a great battle. The entry list is here  and here you’ll find all the names including an entry for Martin & Alex Brundle sharing an E-type together. Can’t wait to see how that goes!

This year is also the 30th anniversary of the Jaguar XJR-15  – Hailed by some as the ultimate one-make race series and dismissed by others as an £8m banger race, the 1991 Jaguar Intercontinental Challenge was one of the most astonishing motor sport spectacles ever conceived. Back in 1991, grids of 16 stunning Jaguar XJR-15s – each priced at a cool £500,000 – lined up for just three memorable showdowns supporting Grands Prix at Monaco, Silverstone and Spa, with the victor of the final round pocketing a whopping great £1m jackpot prize. To honour that outstanding race, the top three XJR-15 finishers – as piloted by Fangio, Bob Wollek and  Ian Flux – will be back on track for evocative daily demonstration laps at The Classic.

Lots of classic anniversaries – not just Jaguar. Since 2020 was a bit of flop for parties being cancelled lots of Classic anniversaries have been carried over – who cares if its 51 years of the Triumph Stag lets get them all together and have a big hug.  Owners will all be awarded a medal for managing to keep one of these much-loved Michelotti styled 2+2 sports cars going for 51 years! (maybe?) –  A host of other birthdays being carried forward from 2020 are Alfa Romeo’s 110th, the 70th of the Volkswagen Type 2 Transporter, and notable tributes to 50 years of both the Range Rover and Datsun 240Z. 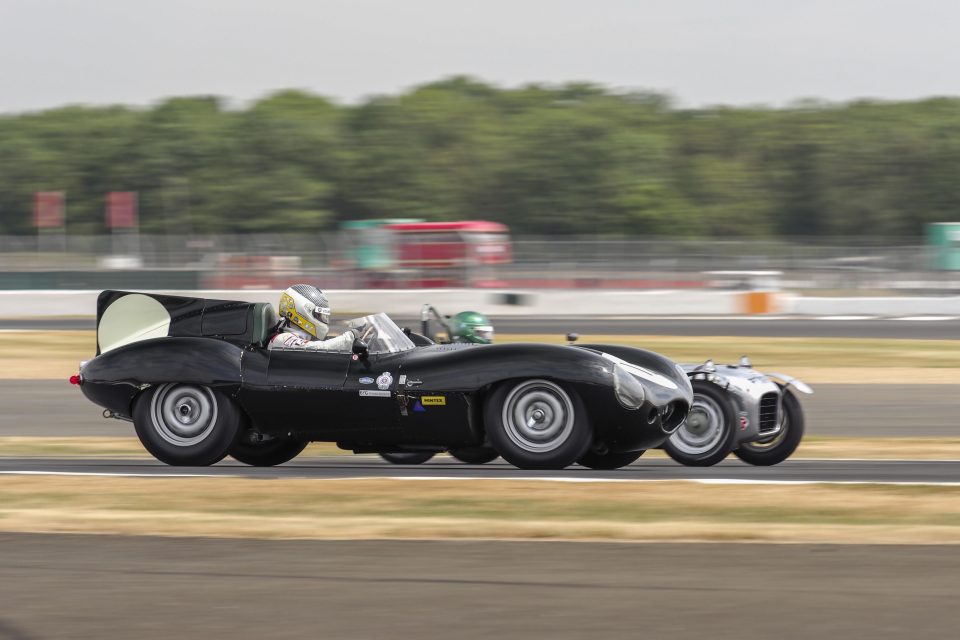 Other notable 2021 birthdays being acclaimed at the 2021 Classic include the innovative Lancia Lambda’s centenary, the diminutive MG midget’s 60th, the 50th anniversary of the Mercedes-Benz R170 SL, the 40th of the time-travelling DMC DeLorean, and the ever-exciting Lotus Elise’s 25th. Porsche’s first generation Boxster is another much-loved – and reasonably priced – sportscar turning 25 in 2021.

There is a return of two established off-track crowd-pleasers in the popular ‘Shift and Drift Zone’ where Ace stunt driving supremo Terry Grant will be back to wow on-lookers with his spectacular rubber-burning displays and, when the tyre-smoke abates, he will be sharing the stage with the much-loved iconic rally cars of Slowly Sideways UK. Rally cars are always a popular addition to the fun-fuelled showcase and, once again, Slowly Sideways has come up trumps with some true forest legends from the sport’s golden eras.

The 2021 line-up includes a number of beasts from the epic Group B era as well as a plethora of Subaru Imprezas from the golden years when British heroes Colin McRae and Richard Burns ruled the rally world. These champions will be on static display for visitors to savour throughout the three-day event and then revving up twice each day for awesome demo runs.

Fun fair rides are always hugely popular, with the dodgems, big wheel, carousel and roller coaster rides putting smiles on the faces of all generations plus crazy golf is another proven winner. There’s even a Shopping Village featuring over 100 retailers for festival-goers who enjoy a bit of retail therapy.

The excellent Young Driver scheme also makes a welcome comeback to The Classic. For just £5, it offers children aged ten and over (but under 17) and above 1.42 metres tall their first taster driving experiences behind the wheel of a brand new dual controlled Vauxhall Corsa.

For something a bit different, budding young football stars aged between 5-15 can prepare for the forthcoming soccer season under the expert guidance of Chelsea FC Foundation coaches at the Yokohama Chelsea Skills Zone. The sessions are back by popular demand and will be bookable in advance; more details will be announced soon.

Heads up fans of Back to the Future – It is 40 years since the birth of the DeLorean – and that milestone is being marked at The Classic with a record gathering of DMC-12s for an anniversary display and track parade.

How can I watch it all?

Aurora Media Worldwide are filming and will deliver two post-produced programmes for ITV4, an international highlights programme as well as international distribution of content. AMW will also support digital output, creating dynamic and engaging content for The Classic’s busy social media platforms. Those at Silverstone will also be able to follow all the track action and infield entertainment on big screens located conveniently throughout the venue. (It is a shame this feed cannot be streamed) but there are still tickets for sale see link below.

The double-header on ITV4 – twice the airtime screened before – will be hosted by Tiff Needell (photo: bottom below) and Nicki Shields (photo: top below). As a former presenter on BBC Top Gear and podium finisher in the 24 Hours of Le Mans, Needell needs little introduction; Shields is best known as the Formula E pit-lane reporter and has previously been part of the presenting team at The Classic.

Tickets for The Classic must be purchased in advance and the price of adult general admission currently starts at £47 and three-day weekend ticket is on offer at just £125. Free admission is offered to accompanied children aged 10 and under, while day tickets for those aged between 11 and 15 are priced from just £6.

Our Website uses cookies to improve your experience. Please visit our What’s on at The Classic? page for more information about cookies and how we use them.