The sun shone brightly on Saturday 17th April, as the Vintage Sports-Car Club hosted their first race meeting of the year at Silverstone. Not renowned as a place of warm, the weather gods smiled and the winds stayed low. 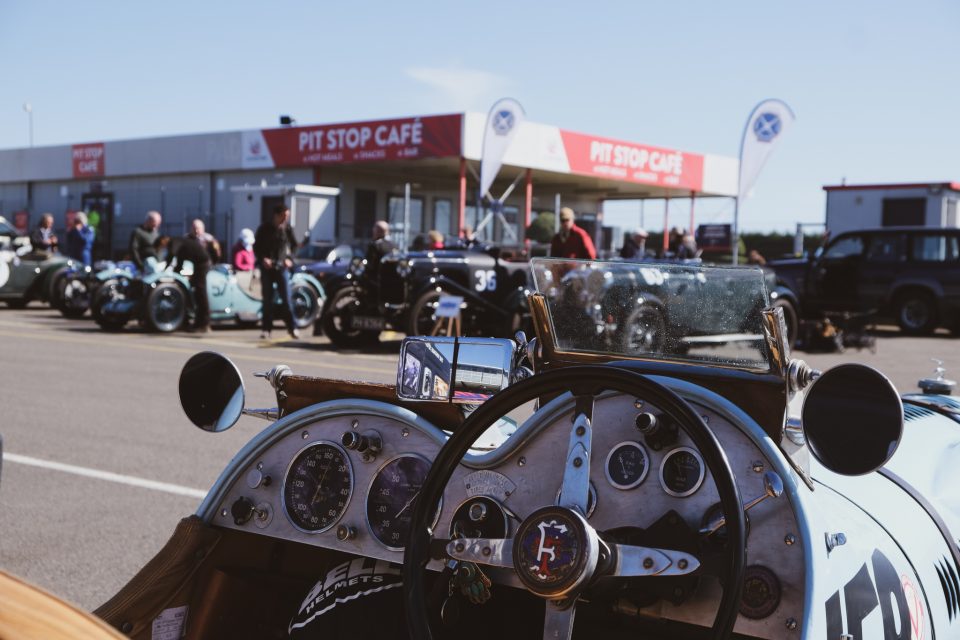 Practise took place in the morning, there was a slightly shortened lunch break with racing commencing at 12:45 with a plethora of full grids to provide the afternoon’s entertainment.
The first race was the launch of the VSCC’s new Specials grid and what a start! Robin Tuluie in the Menasco taking the spoils by quite some margin but there were closer battles further down the field with Mike James’s Riley finishing just seconds ahead of Tony Seber in his Wolsley Hornet.
The ever popular 500s put on two races, both won in spirited fashion by George Shackleton with third overall and a class win going to championship co-ordinator Xavier Kingsland. 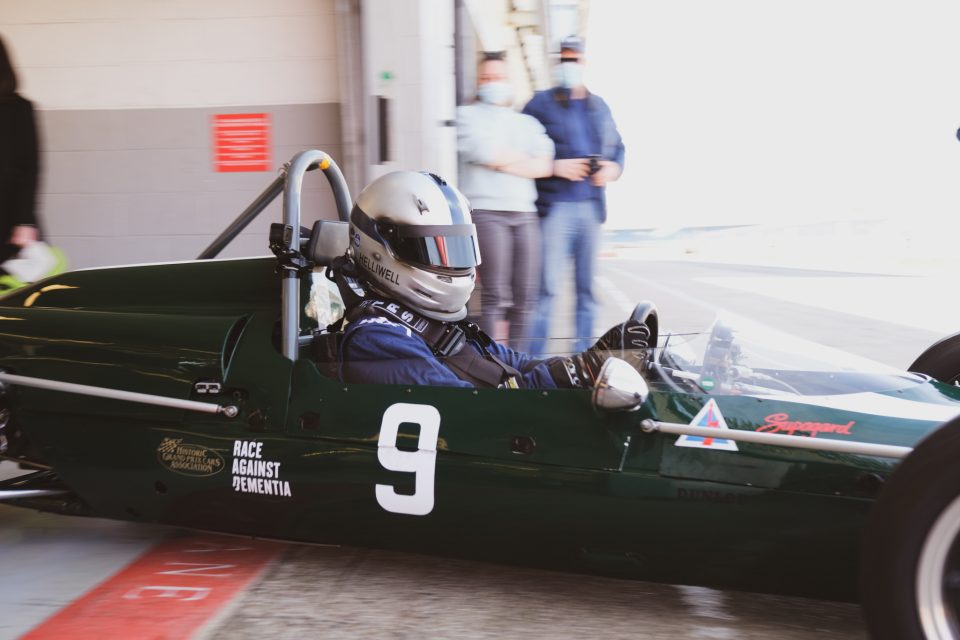 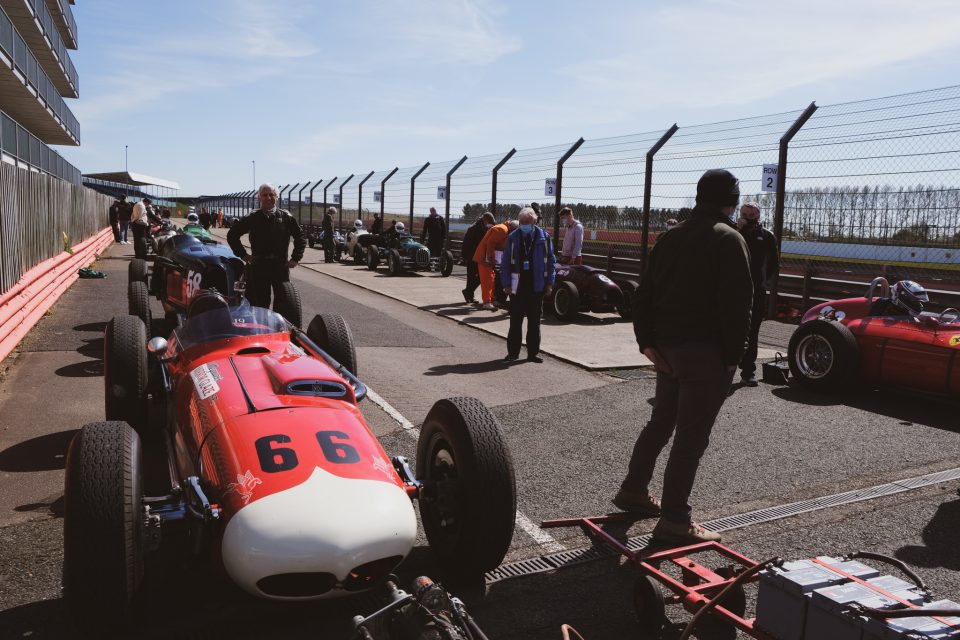 A real highlight of the day was the epic battle between Frederick Harper in the Kurtis again Richard Wilson’s Ferrari in the Vintage, Pre-War and pre-61 Racing Car race, Fred Harper winning the Amschel Rothschild Trophy and Robin Tuluie putting in another winning performance to take the Patrick Lindsay Memorial Trophy.
The two handicap races proved there was no anti youth sentiment from the Club’s handicappers as both races were won by youngsters, Wilf Cawley of the well known Longstone Tyres family taking his first win and the second race won by Ben Maeers in the family’s Parker GN. 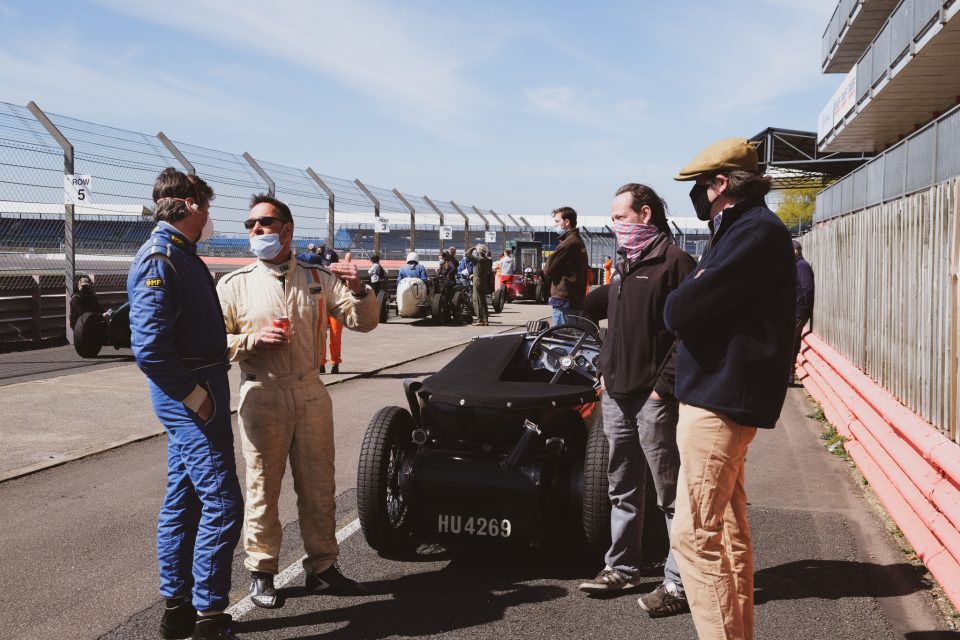 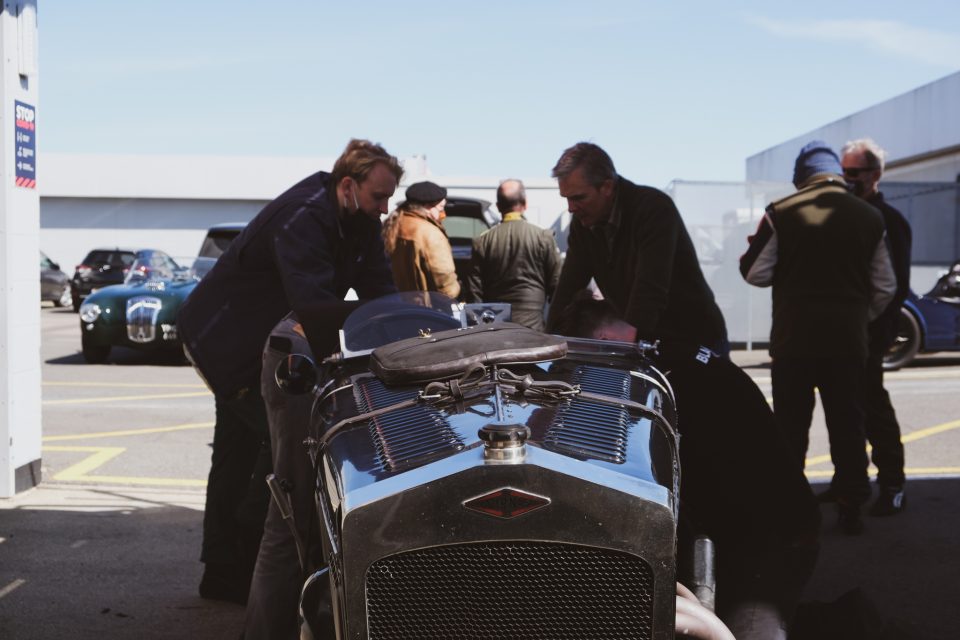 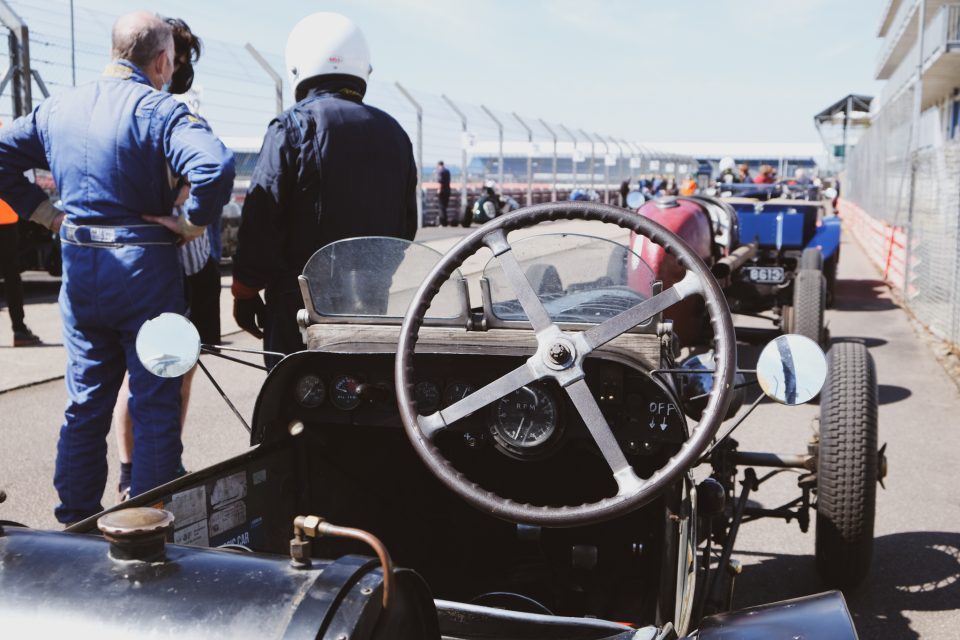 The Owner, Driver, Mechanic race was contested as part of the Fox and Nicholl Trophy Race. A late change of car to a beautiful Delahaye saw historic motoring legend Callum Lockie start from the back of the grid, although he had made a handful of places up before crossing the start/finish line and continued to carve his way through the field. Chris Mann was going strongly at the front of field in his Alfa Romeo
Monza and a battle in the final laps was much anticipated. It was not to be as Chris suffered a mechanical issue in the closing laps and Callum stormed to take the win from his back of the grid start. 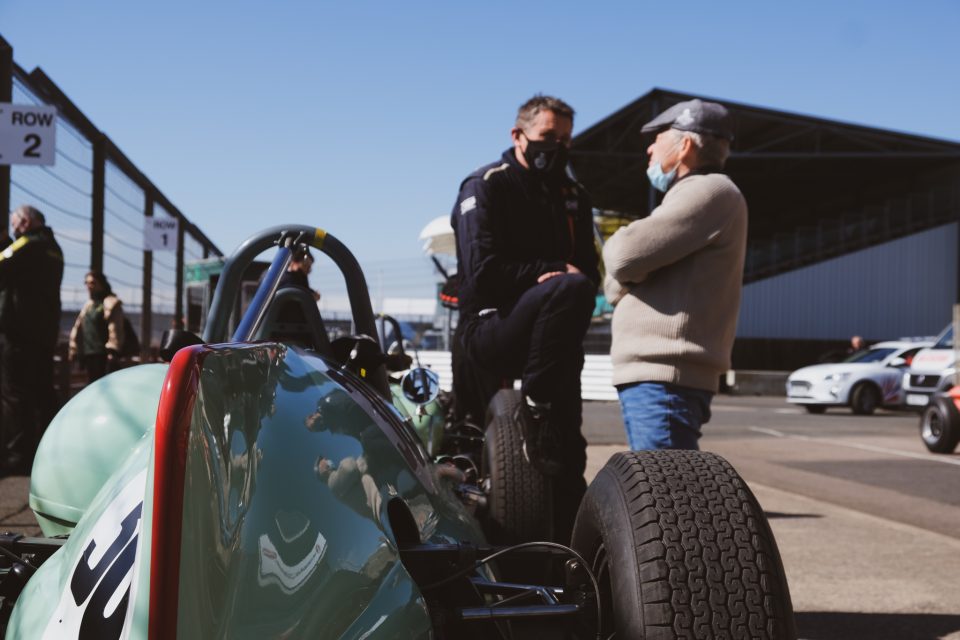 Full results can be found at VSCC’s Interactive Events Calendar
.
The sight, sound and smell of the vintage machinery all stopped for a minute’s silence at 3pm to mark the start of the funeral of Prince Philip, Duke of Edinburgh. Marshals stepped trackside, officials gathered (socially distanced) on the starting grid and the track fell silent. It was a touching and appropriate mark of respect to the former President in Chief of the BRDC.
Words thanks to Tania Brown – Pics: Sarah Bennett-Baggs

Our Website uses cookies to improve your experience. Please visit our VSCC Spring Start 17 April page for more information about cookies and how we use them.