The Donington Park weekend for the Historic Sports Car Club (18/19 June) proved to be a challenge on Saturday in particular when steady rain made conditions tough for everyone. Thankfully, the weather improved and the circuit dried on Sunday for another full day of racing. 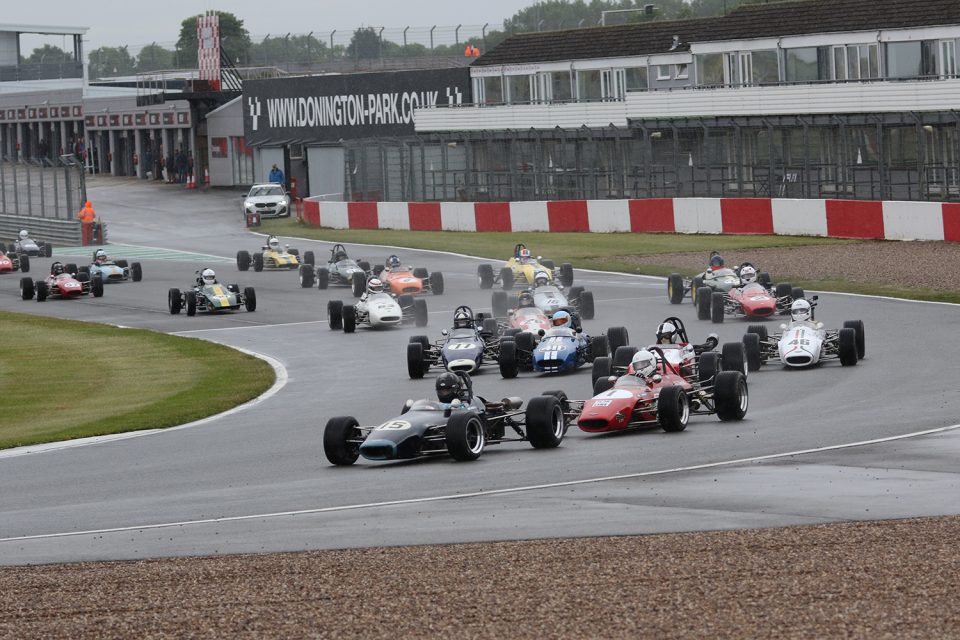 Good grids, and lots of close and exciting racing typified the weekend although the issue of track limits did have an impact. Notably, in the Formula Ford races a range of penalties were handed out and impacted the final race results. 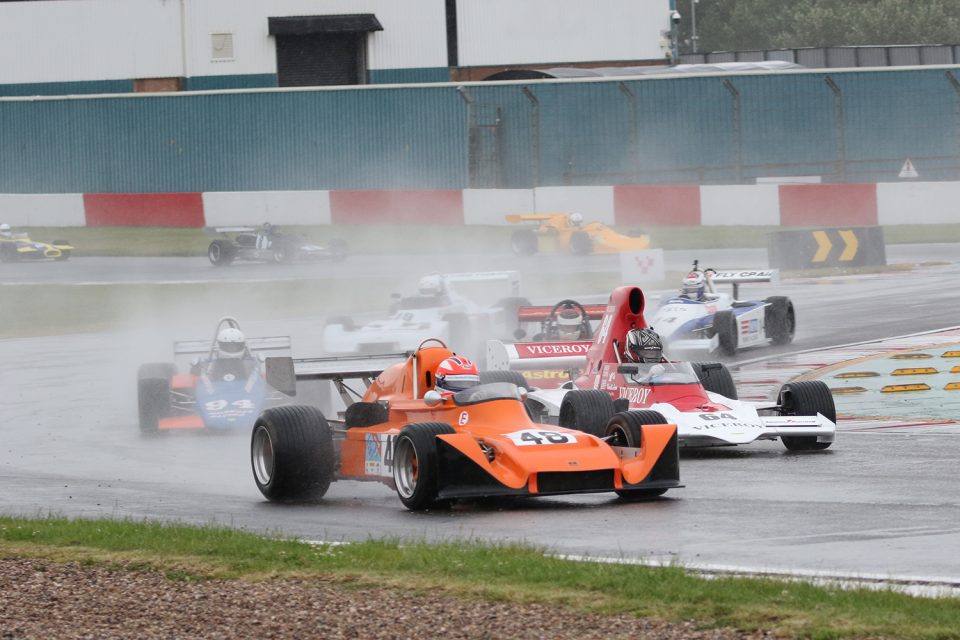 It was a remarkable weekend for young Benn Tilley in the Aurora Trophy races and he ended up winning both races as red flags played to his advantage. In the soaking rain on Saturday Tilley was sublime in his Formula Atlantic Modus M1 and was able to exploit the cars sure-footed pace far better than Michael Lyons who was battling with the Formula 5000 Lola T400. Lyons worked hard to try and get some power onto the wet road and finally squeezed ahead into Redgate going into lap eight. 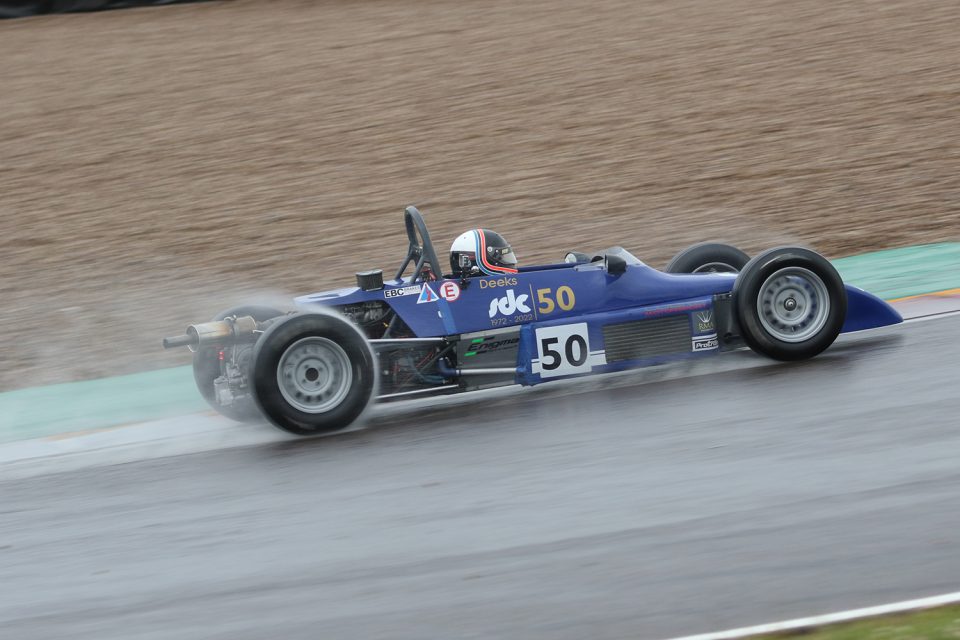 However, at much the same time, Michael Bainbridge spun his Brabham BT35 at the Old Hairpin which required a red flag and on countback, the result went to Tilley. In the dry on Sunday, Lyons was off like a rocket and built a big lead as he roared the 5000 around.

Unfortunately, in the closing stages of the race a tall plume of smoke from the back of the Lola showed that all was not well and Michael sensibly parked it as quickly as possible. However, the car was in a position that again required a red flag and though the result was taken back a lap the fact that he was not running at the time of the red flag meant that Lyons was not classified as a finisher. At much the same time, Mike Bletsoe-Brown had battled his Chevron B27 up from the back of the grid to sneak ahead of Tilley. But once again, the result was taken back a lap and so Tilley took a double win.

Richard Tarling kept his head while others had moments in the opening Classic FF1600 race. Henry Chart and Tom McArthur were his big rivals as Jordan Harrison fought back after an early moment. But both Chart and McArthur then had moments of their own, three spins in one lap in the case of McArthur, and that left Tarling with a handy lead. 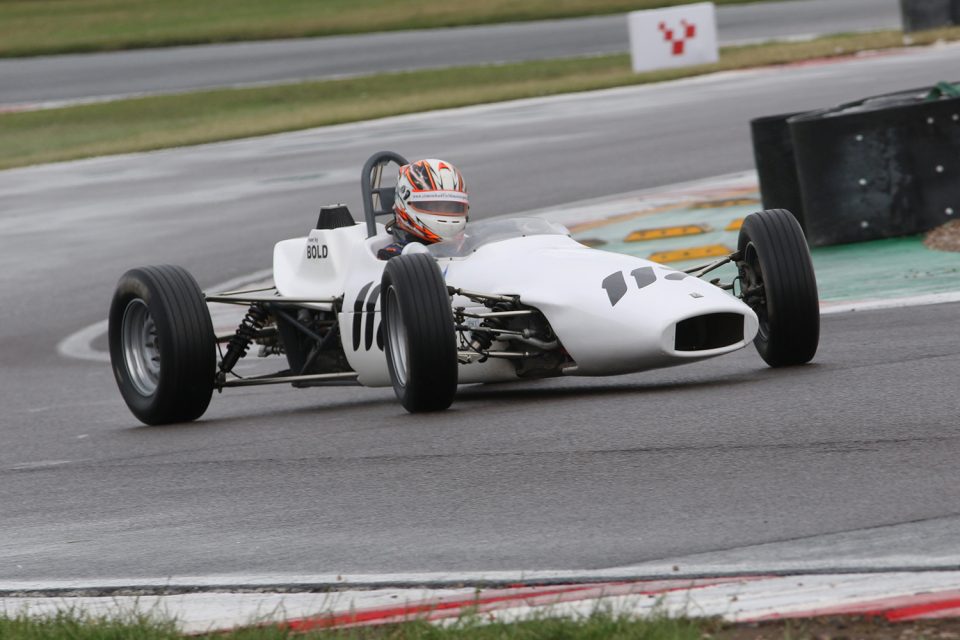 Sunday’s Classic FF race looked like going to McArthur who escaped clear at the front and built a handy lead as the others fought in his wake. Tarling pushed hard to fend off Harrison and Chart with Rick Morris sitting at the tail of the pack. But Tarling went out after a clash of wheels at Redgate and when MacArthur and Chart picked up track limit penalties, Morris was declared victor by a whisker from Harrison. 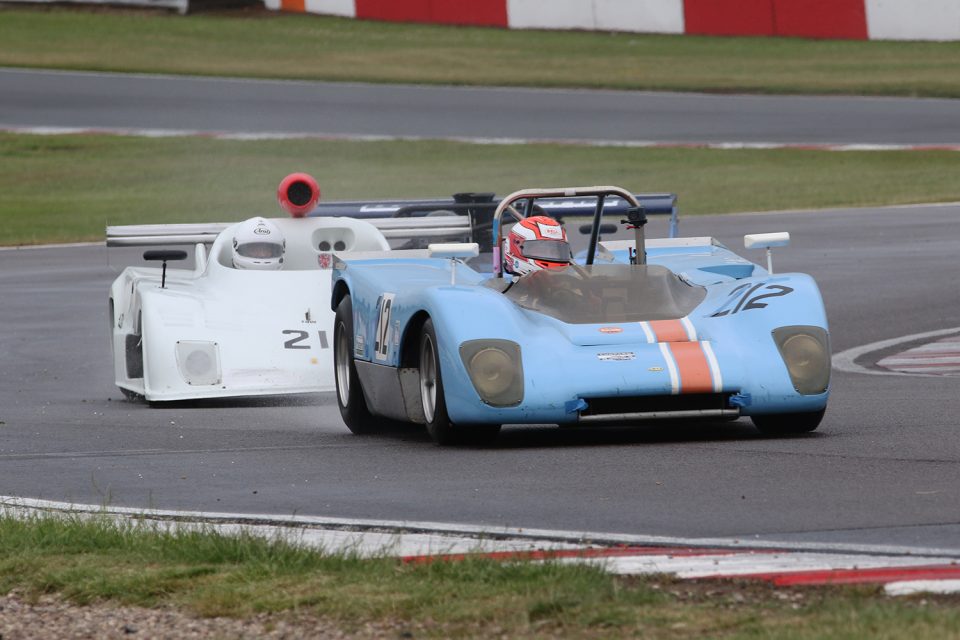 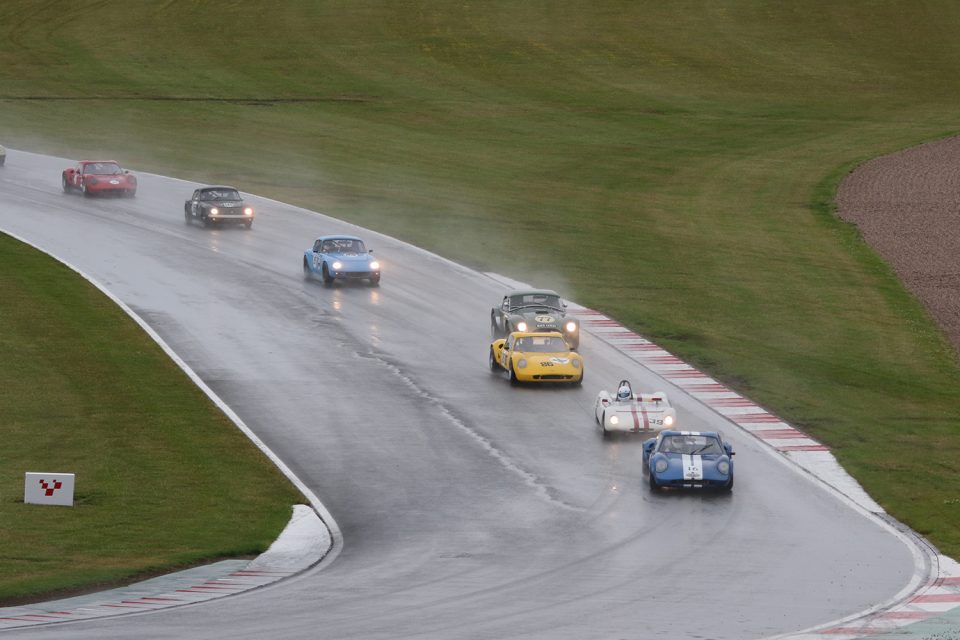 Steve Nuthall was the class of the Guards Trophy in his Chevron B8, despite limited experience in this type of car. He was well clear of father and son Westie and Ben Mitchell in their B8 after 40 minutes. In the GT class John Davison just held off Sam Smith in a battle of the Lotus Elans.

Samuel Harrison started Saturday with a resounding victory in the Historic Formula Ford opener as both Tom McArthur and Callum Grant lost time with moments and had to fight back to pick up the remaining podium positions. 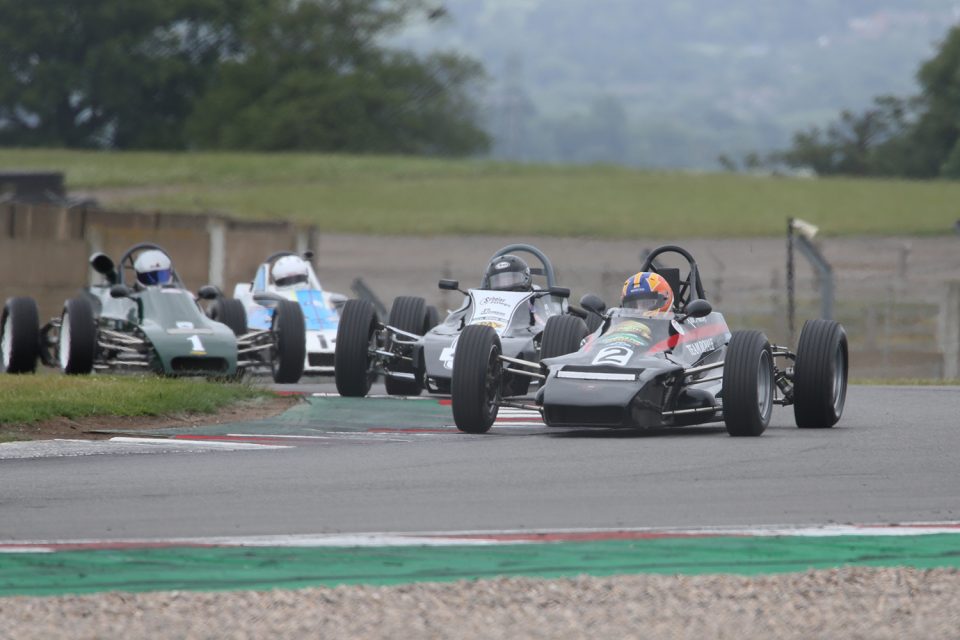 Sunday’s Historic FF1600 race was a curious affair after a monster battle at the front between Harrison, Grant and McArthur. There was a brief safety car period after Cormac Flanagan sent pulse rates rocketing when he spun in front of a pack on the exit of Coppice. Ultimately, track limit penalties and a ride height issue for Jamie Vinall-Meyer finally handed victory to Grant, who had taken the flag in fourth. 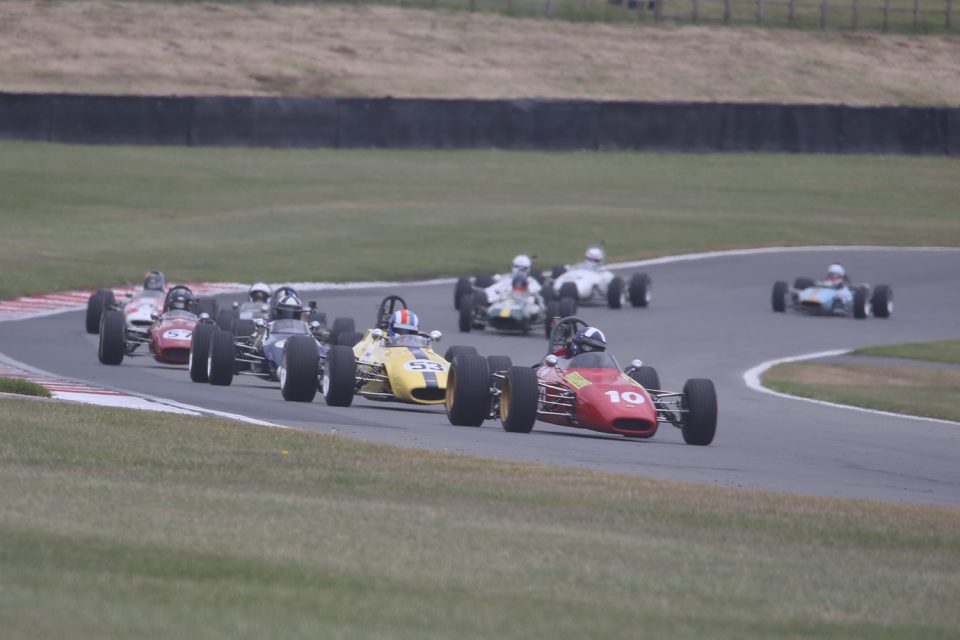 In the first Thundersports Mark Richardson was another driver making up ground after an early moment and he had to work his way ahead of the mighty McLaren M8E of Warren Briggs. The soaking conditions made life difficult for the McLaren and Richardson was able to push his Lola T290 ahead for a classy win as Simon Watts rounded out the podium in his Chevron B26. 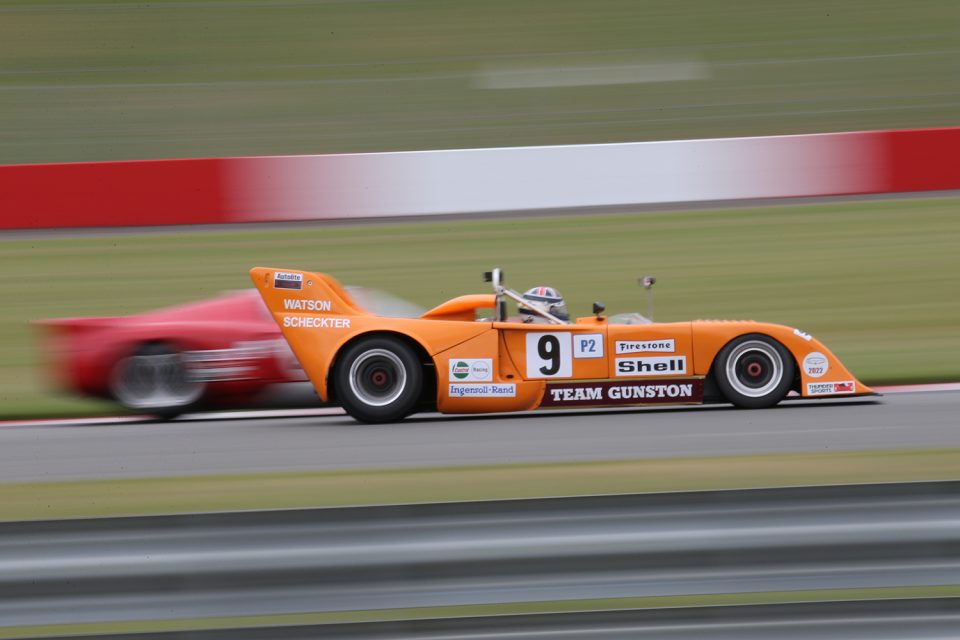 With Richardson missing Sunday’s race and the McLaren destined not to finish after transmission failure, Watts took a clear victory from Gary Furst (Lola T212) and Robert Parker (Osella PA5). 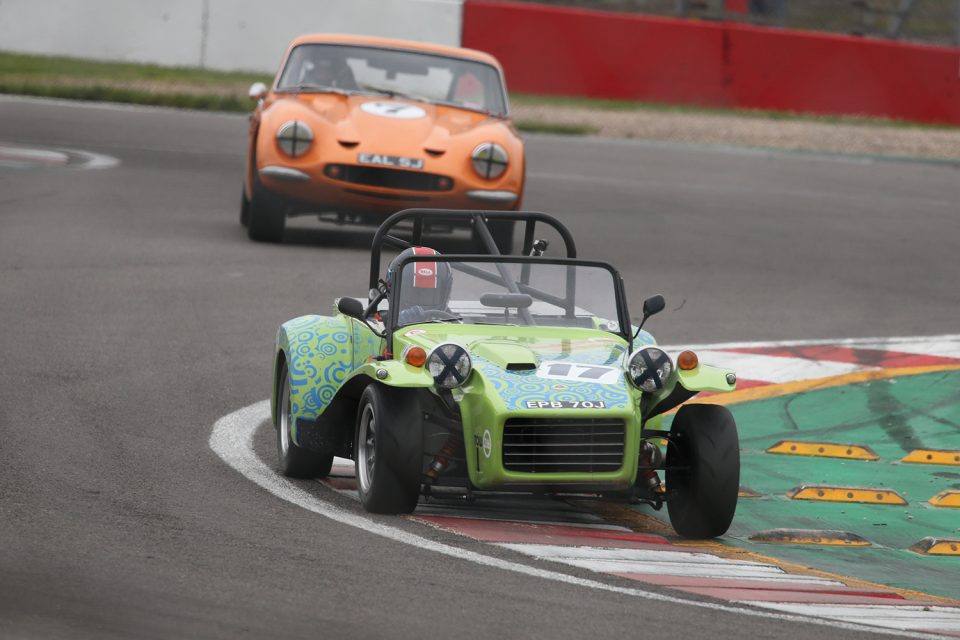 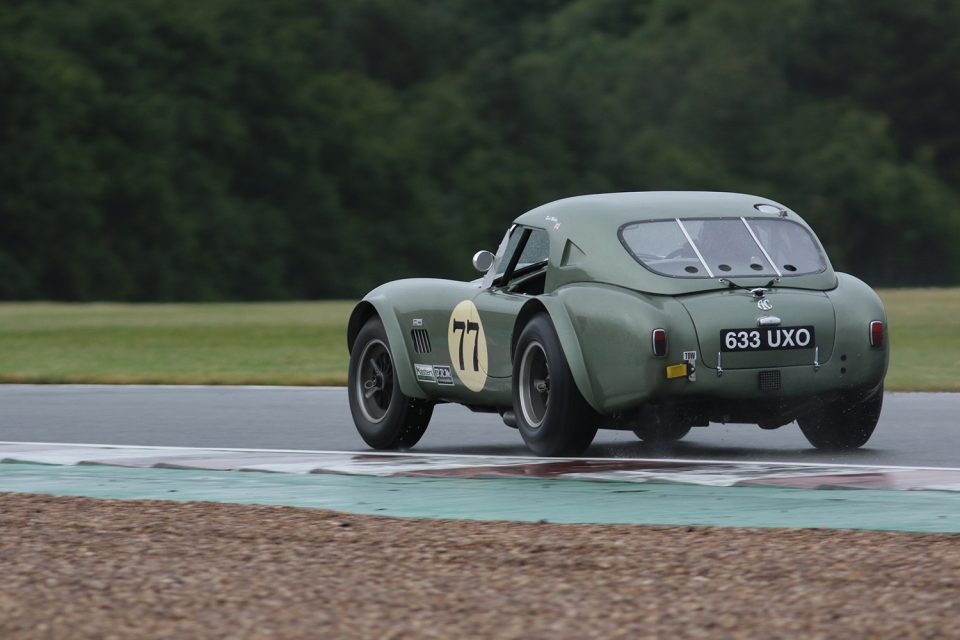 Julian Barter scored a resounding 70s Road Sports victory in his TVR 3000M. Though Jim Dean’s Lotus Europa led the first four laps Barter was menacing from the start and eased ahead of the Lotus into a lead he would never lose. 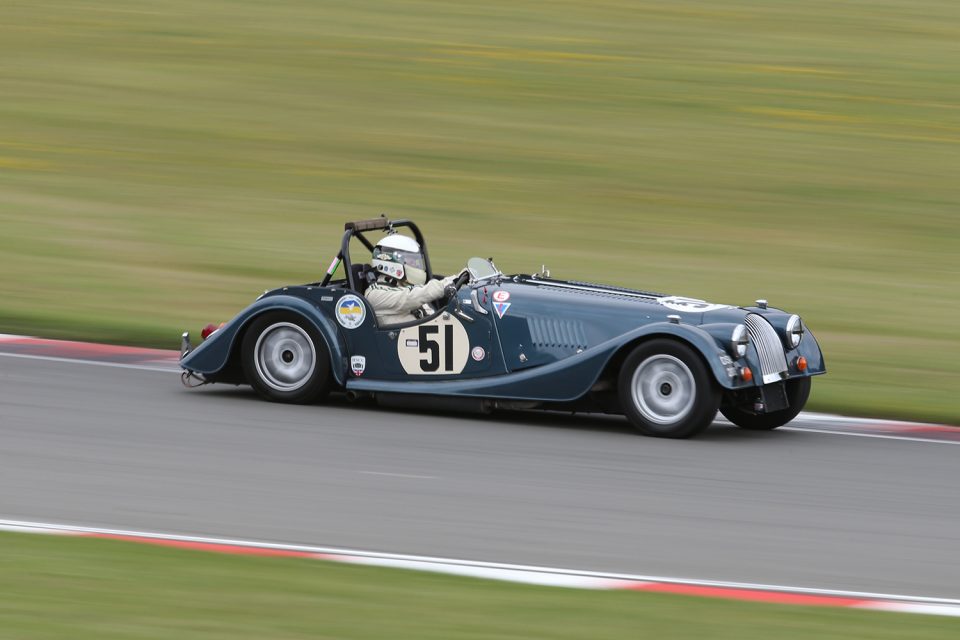 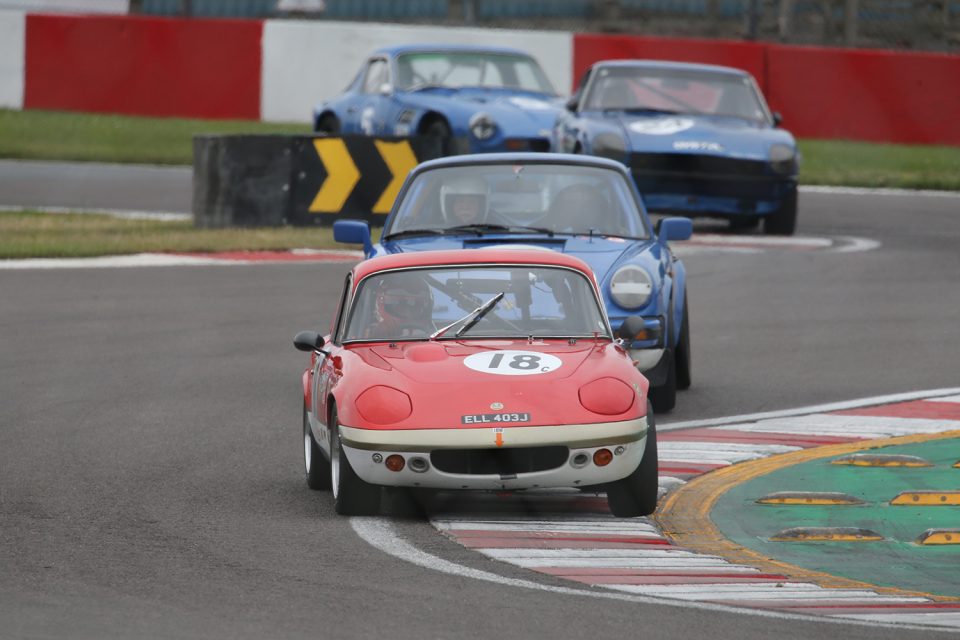 Though Dean tried to chase, he soon had series returnee John Williams (Porsche 911SC) on his tail after the Porsche had edged Jeremy Clark’s Lotus Elan back to fourth early on. It took Williams until lap 13 to find a gap in Dean’s defences but Dean re-took the place as they raced through traffic in the final laps. 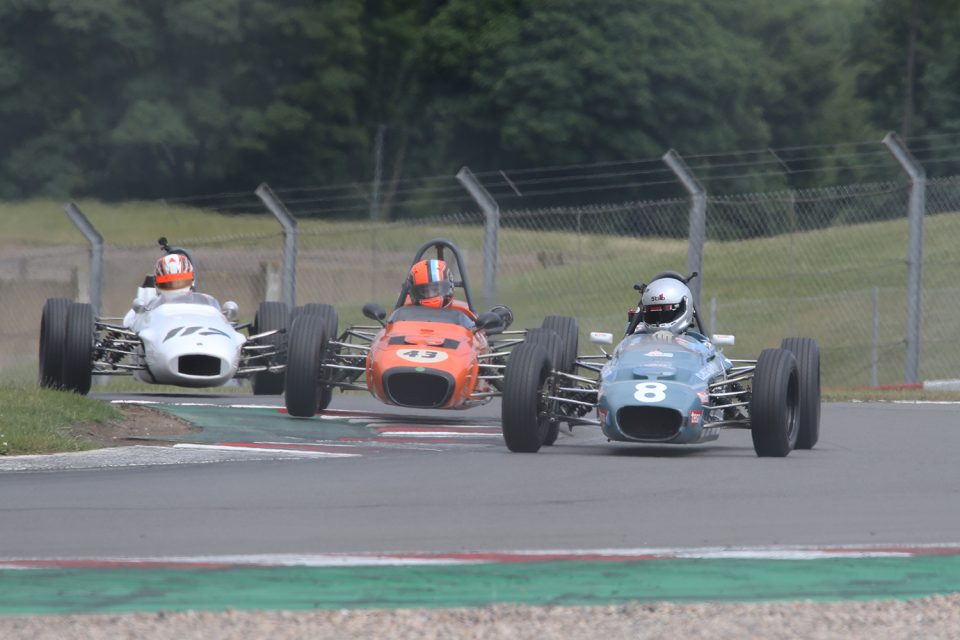 Young Samuel Harrison was the class of a bumper Historic F3 pack and won commandingly in both wet and dry races in his Chevron B15. In increasingly wet conditions on Saturday Harrison was away and gone on the first lap and extended a big lead over Ian Bankhurst and Jeremy Timms. It was closer on Sunday but Harrison still went clear as Timms and Bankhurst led the pursuit. This time they traded podium places as Timms took second while Armer was fourth. 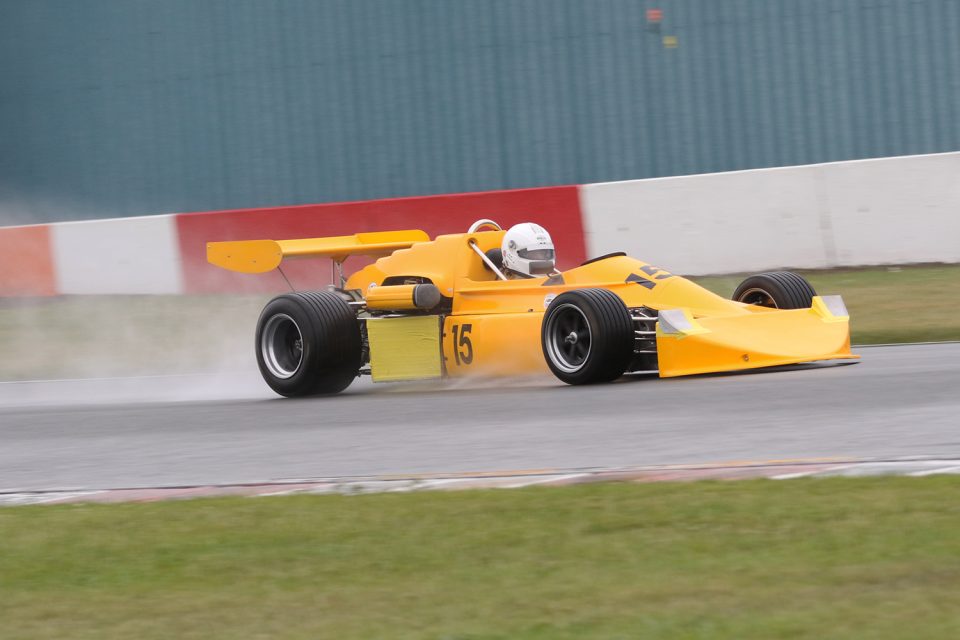 In the Sunday morning Historic Formula Ford 2000 race Benn Simms made much of the running, but Graham Fennymore was a constant threat and squeezed ahead later in the race. Later, a jumble the first corner allowed Adrian Reynard to jump into the lead and stay there for several laps, until Simms got organised and swept ahead. Reynard then defended his second place for several laps until Fennymore dived ahead. But by then, Simms was well clear and Fennymore had to settle for second as Reynard claimed a podium finish. 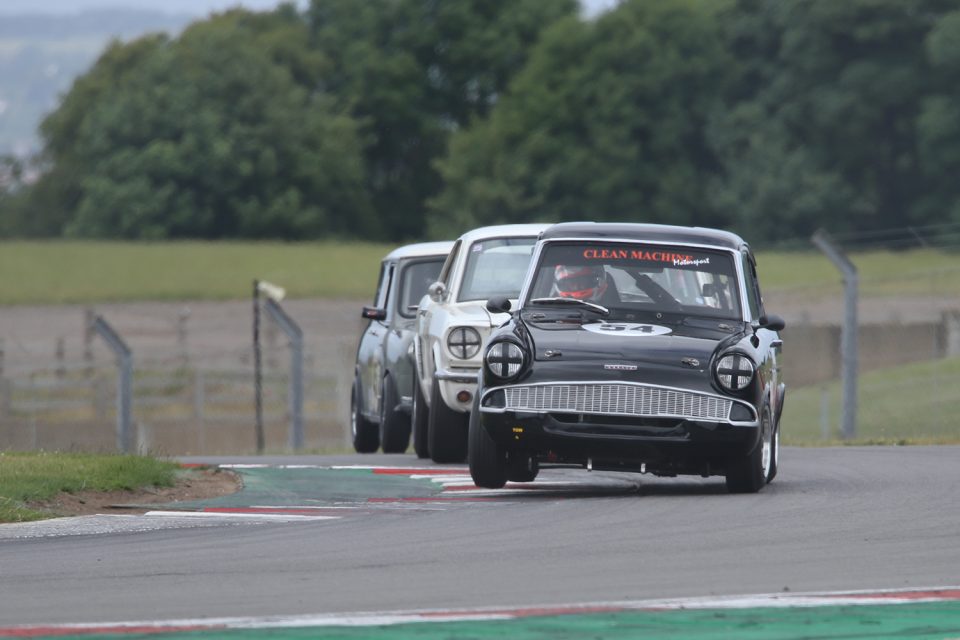 Bob Bullen set the early Historic Touring Car pace in his Lotus Cortina but when he retired Neil Wood was able to move ahead and score the first of what would be a weekend double in his rapid Ford Anglia. At the end of Sunday, Mark Watts led the chase of Wood with his Mustang as Bullen started from the back of the grid and battled through to fourth. 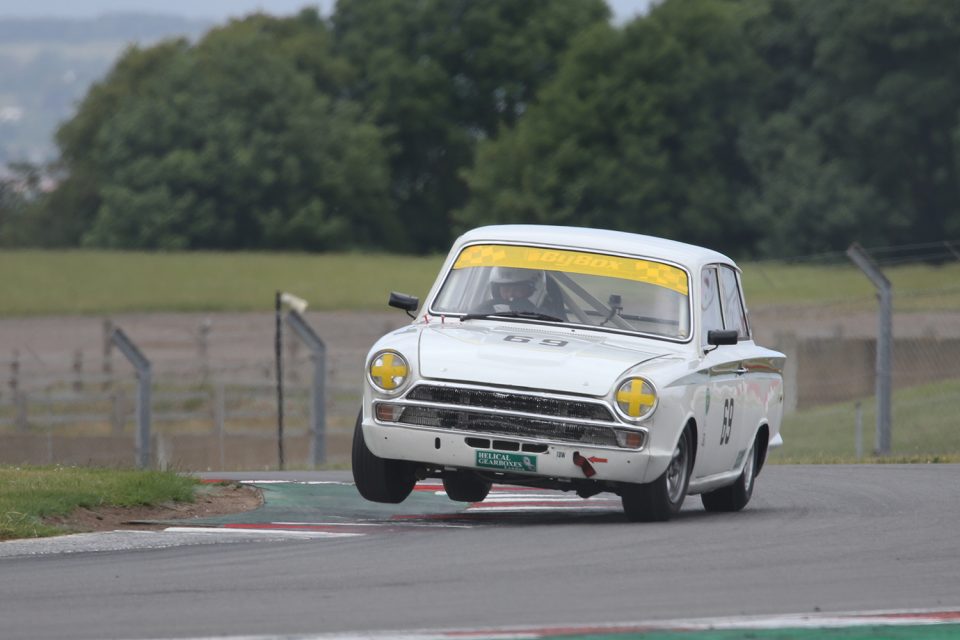 Kevin Kivlochan switched his Morgan Plus 8 to the Historic Road Sports race and headed a whole squadron of Morgans for a hard-earned victory. In the early laps team mate John Shaw was mighty as he took the fight to Kivlochan but later in the race it was Robin Pearce and Peter Garland who took up the pursuit of the leading Morgan.

It took him a few laps to depose early leader Mike Lane in Classic Clubmans, but once ahead Spencer McCarthy took control of the race. Alan Cook tracked McCarthy and edged Lane back to third while Barry Webb had to keep pushing to fend off Tom Muirhead for the Class B spoils.

A safety car and an early red flag failed to unsettle Ashley Dibden in the opening Monoposto race as he took his Dallara F301 to a fine win in horrible conditions. In the other Monoposto race, David Heavey was victorious in his Leastone despite the best efforts of James Rimmer. In the dry, wins went to Tony Bishop and Billy Styles.

Our Website uses cookies to improve your experience. Please visit our Tilley stars at HSCC Donington Park page for more information about cookies and how we use them.