Cam Jackson was the star of the weekend as the Historic Sports Car Club opened its 2021 racing season with a full programme on the Snetterton 300 circuit (17/18 April). 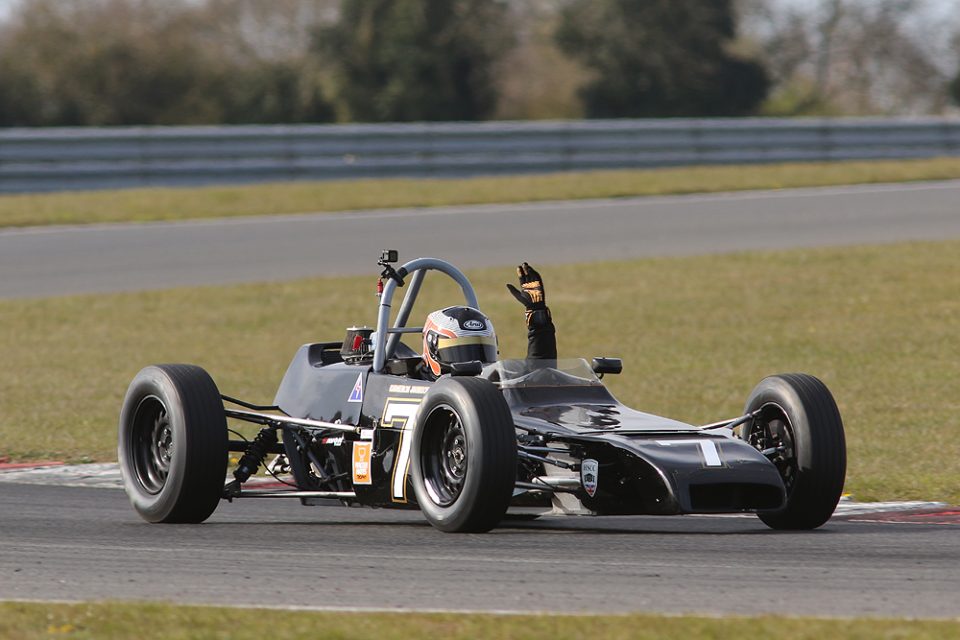 Jackson won five races in Formula Ford and Formula Junior as a glorious spring weekend and a wonderful paddock atmosphere added together to make a fine start to the Club’s 56th season of racing. With over 240 entries for 19 races and remarkably few incidents it was the perfect start to 2021. 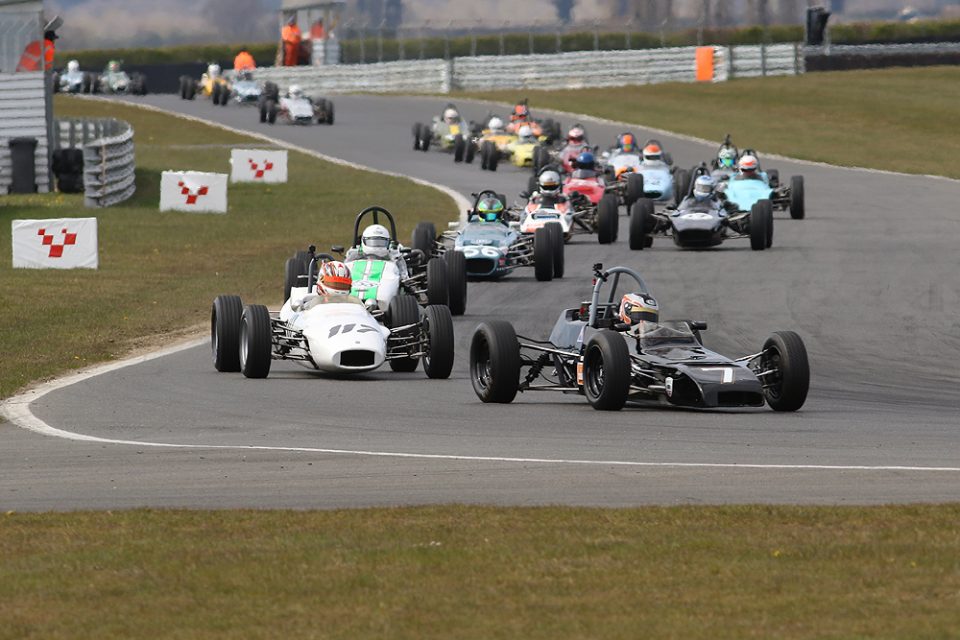 Two of Jackson’s race wins on Saturday came in the opening two races for the Classic Formula Ford Championship. These were his two toughest wins of the weekend as Henry Chart’s Van Diemen RF81 ran him very close in the first race and even closer in the second race. In the opener, Jackson eventually edged a couple of lengths clear in the later stages of the race, but in the second race Chart was a constant threat and harried the Winkelmann all the way to the flag. On the final lap Chart with right on Jackson’s gearbox and less than a fifth of a second split them as they dashed over the line. 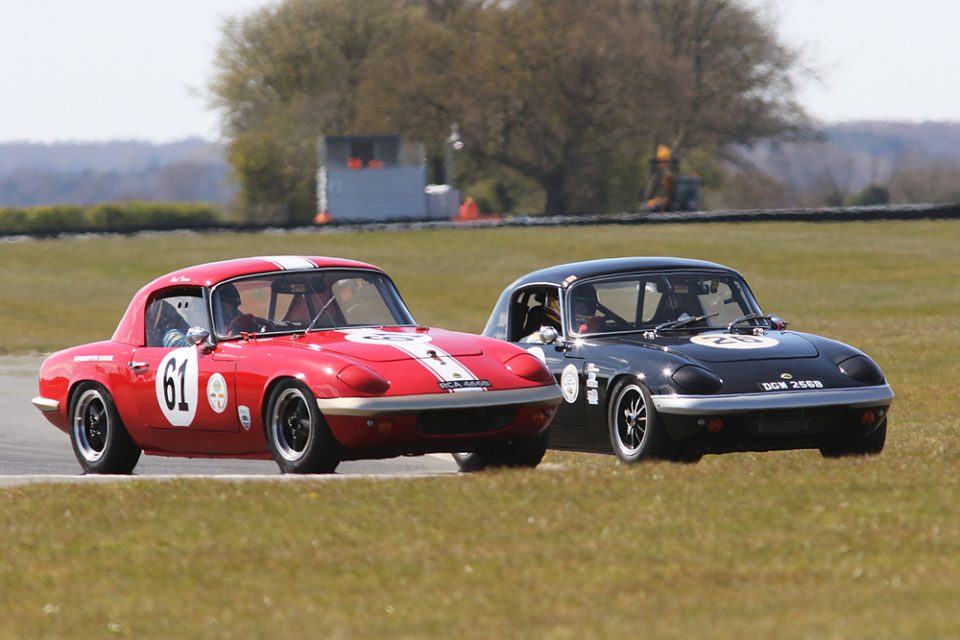 The Historic Road Sports opener was a two-way contest in the early stages as the Lotus Elans of John Davison and Paul Tooms raced wheel-to-wheel. It was a great battle while it lasted but, eventually, Davison edged away and had eight seconds in hand after 10 laps. Third place was an entertaining contest between Peter Garland’s Morgan Plus 8 and Jonathan Stringer’s Lotus 7. 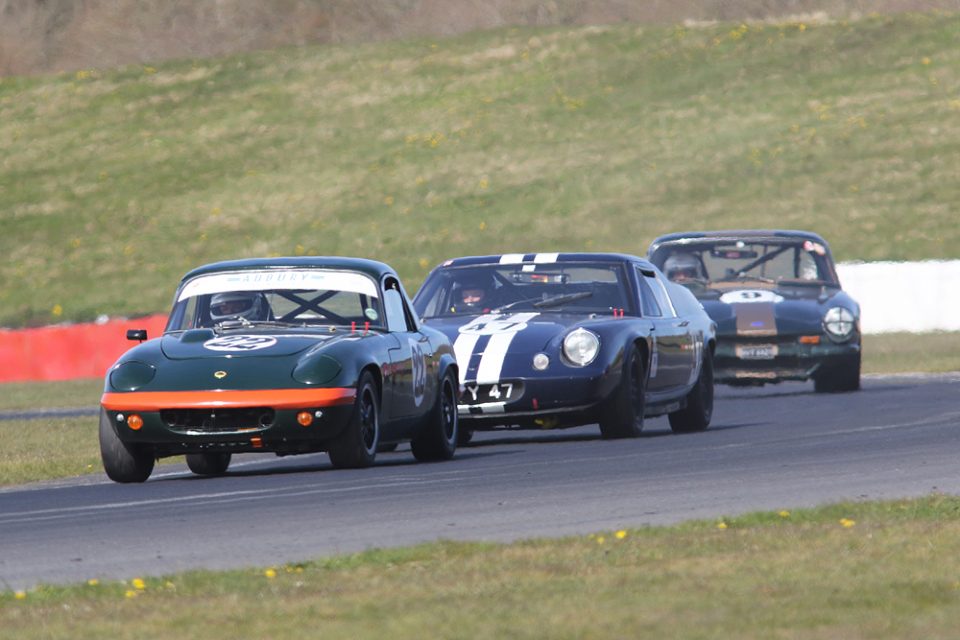 A tremendous 70s Road Sports grid featured a whole gaggle of front runners but no one had any answer to the pace of the Morgan Plus 8s of Will Plant and his father Richard. Will edged away and won convincingly as Richard also went clear of the pack to take a strong second at a circuit he admits is not his favourite. 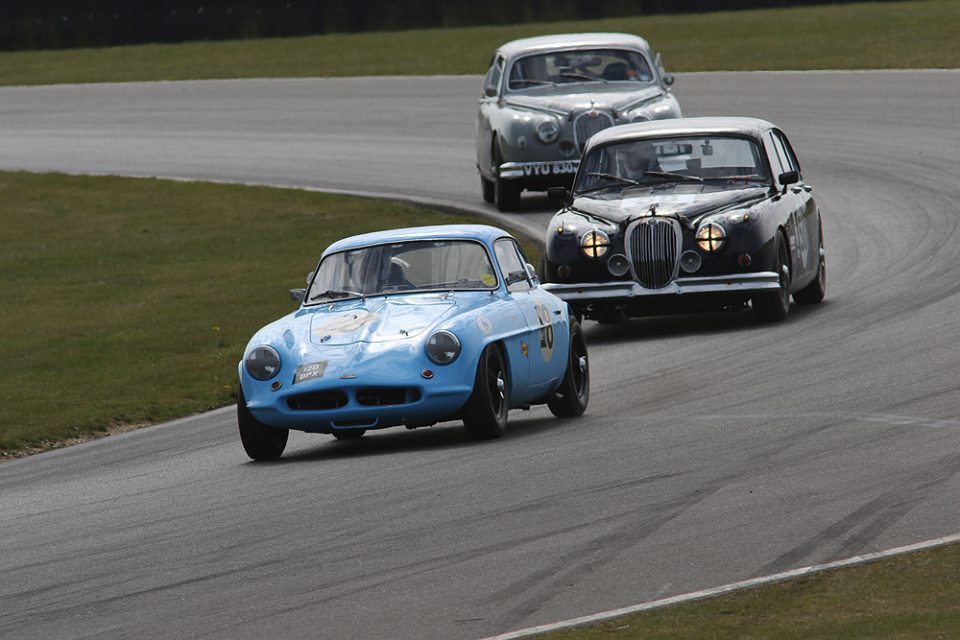 Jeremy Clark ran third in the early stages, but a misfire hit the Lotus Elan and he eventually retired. He had been chased by the TVRs of Dave Karaskas and Antony Ross so they moved up to third and fourth, with Karaskas ahead by a little under two seconds at the flag. 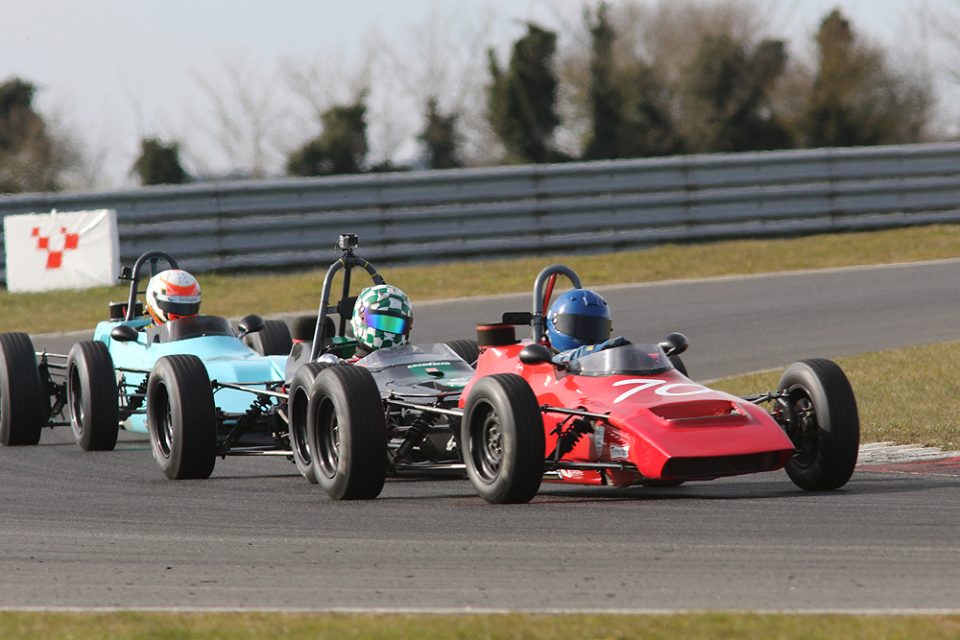 Jackson’s clearest win of the weekend came in the opening round of the Historic Formula Junior Championship. After putting his Brabham BT2 on pole by nearly three and a half seconds, it was pretty certain that Jackson would win at a canter. Second place featured a fine battle between the Lotuses of Nick Fennell and Adrian Russell and it was Fennell took the verdict by just 16 hundredths of a second. 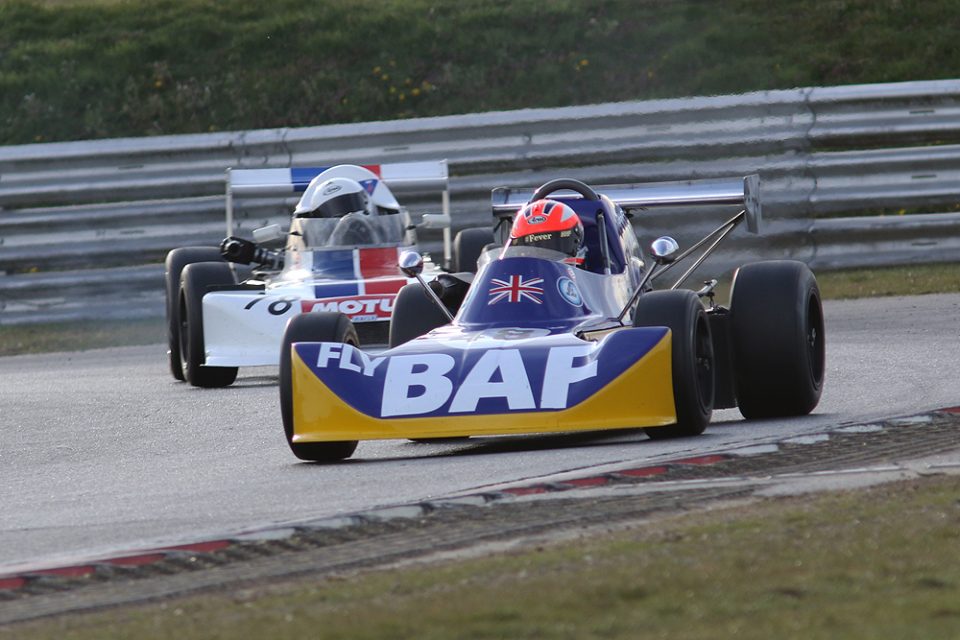 Ultimately Classic Formula 3 wins were shared between Andrew Smith and Benn Tilley, but that doesn’t tell the full story of an absorbing contest in the second race. In the opener, Smith edged clear from the start and romped away to win at a canter as Tilley took a secure second with Tony Hancock third in his Lola T670. 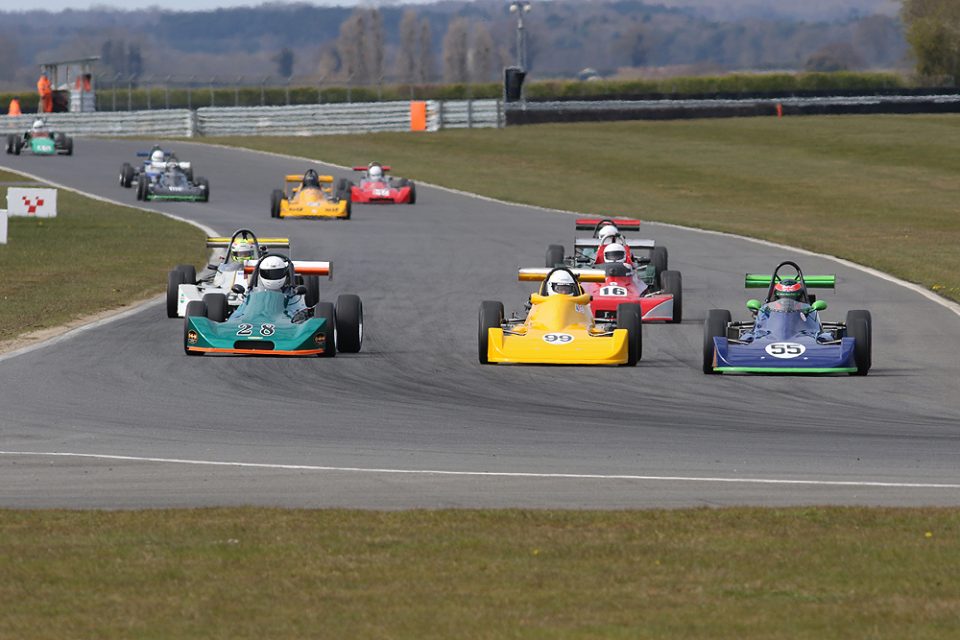 However, at the end of Saturday afternoon, it was a different story as a fast-starting Hancock dived ahead on the opening lap as Tilley pushed Smith back to third. Tilley then set about finding a way around the Lola and, once ahead, tried to make as much of an escape as he could. A couple of laps later Smith found a way past the Lola and set off after Tilley at a ferocious pace. Tilley drove a superbly defensive race to fend off his rival and score a famous win, with a fifth of a second splitting the cars as they rushed over the line. 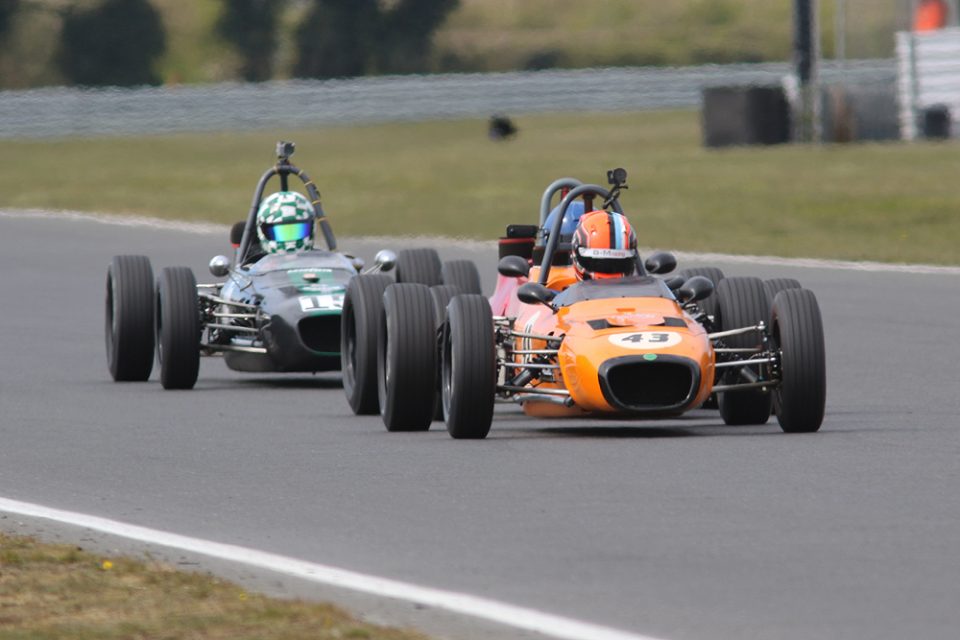 In the opening Historic Formula Ford race Cam Jackson was the class of the field in his Winkelmann and charged clear in the early laps from the challenge of Tom MacArthur and Linton Stutely. While Jackson went clear, MacArthur and Stutely battled hard for second place, with MacArthur doing most of the running until Stutely squeezed ahead late in the race for second place. 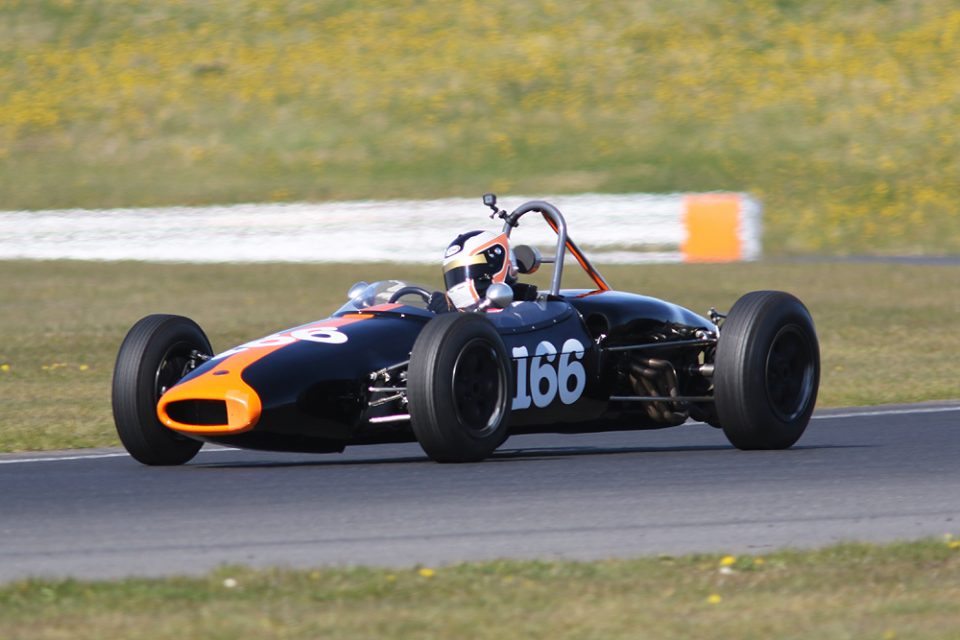 Jackson completed the double on Sunday as MacArthur and Stutely again battled for second. This time McArthur got the verdict by the smallest of margins as the Titan beat the Royale to the flag by just 17 thousandths of a second after a wonderful contest. 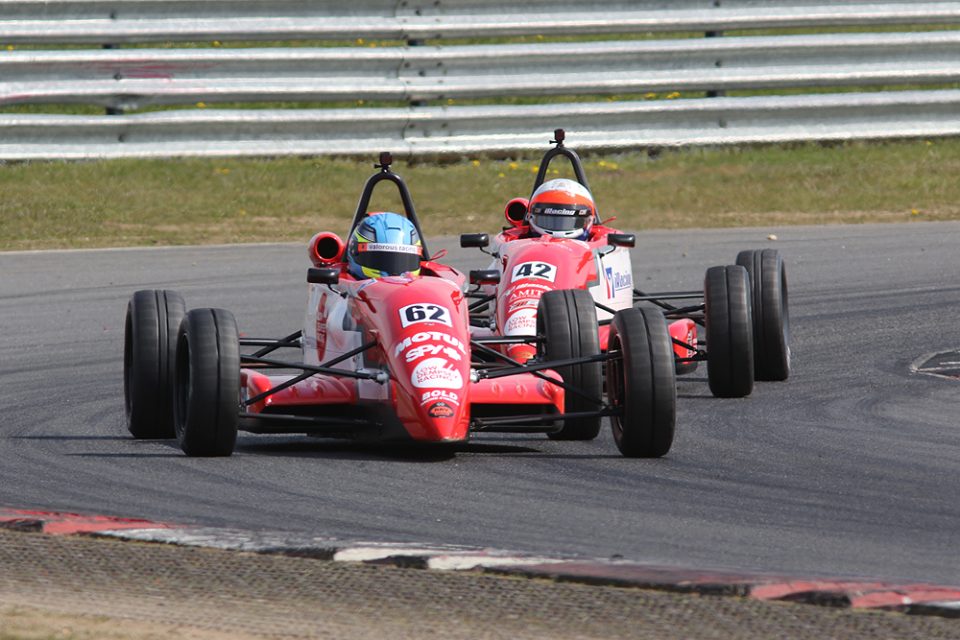 Benn Simms laid the foundations of his first Historic Formula Ford 2000 victory before the first corner in the opener. Simms jumped clear at the start and was away and gone before the first lap was out, while a mighty contest raged for a second. Ultimately Graham Fennymore and the increasingly impressive Greg Robertson made the running and at the flag Fennymore had just a second in hand over his rival. On Sunday, the top three was unchanged as Simms again set a ferocious pace. 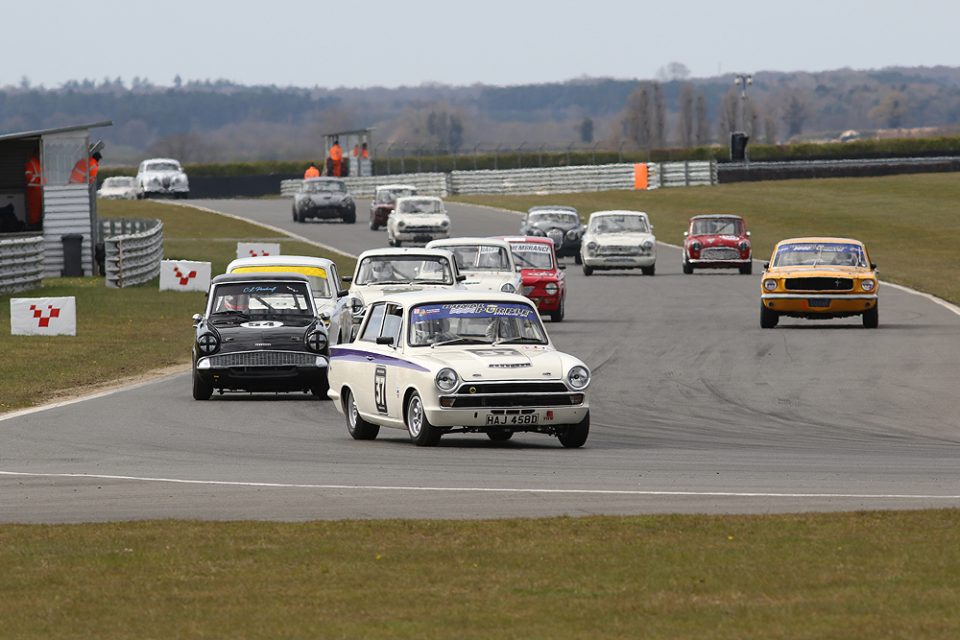 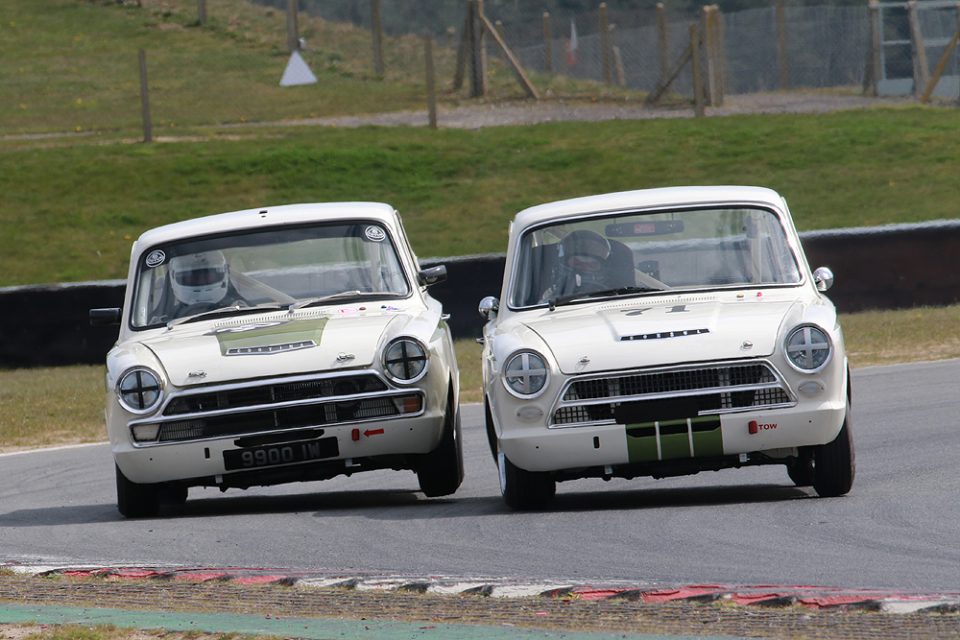 Two races for the Historic Touring Car Championship featured battles all down the order, but no one could match the pace of Dan Williamson’s Ford Falcon. Mike Gardner was the best of the Lotus Cortina Park. Peter Hallford twice put his Ford Mustang on the overall podium while the Ford Anglia of Neil Wood was right in the mix until retiring from the first race. 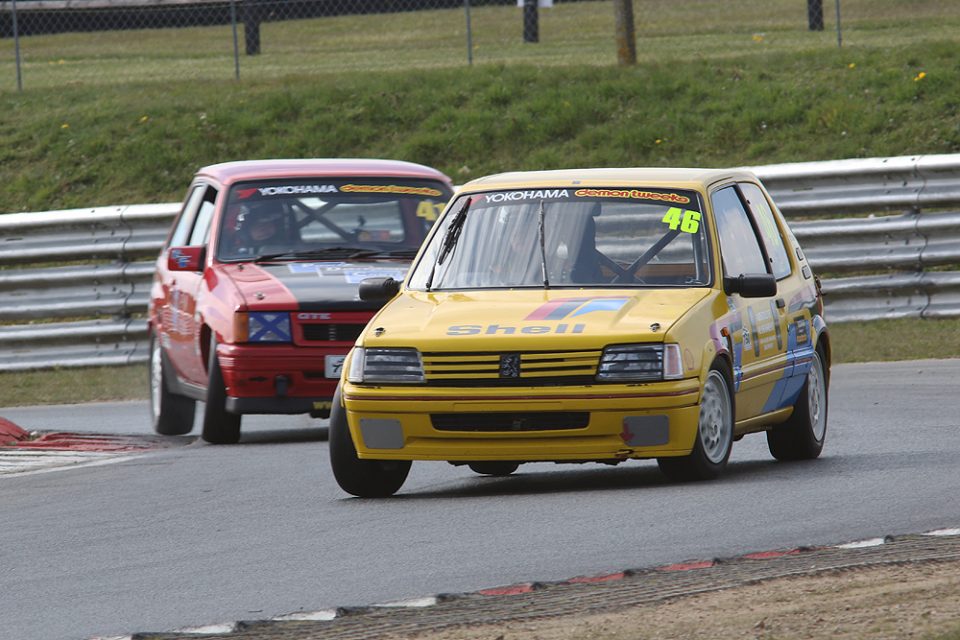 The opening race for the new 80s Production series featured a modest grid, but it was an encouraging start as the Peugeot 205GTi of Chris Dear ran home a convincing winner after an early battle with the Vauxhall Nova of Jason Wood. 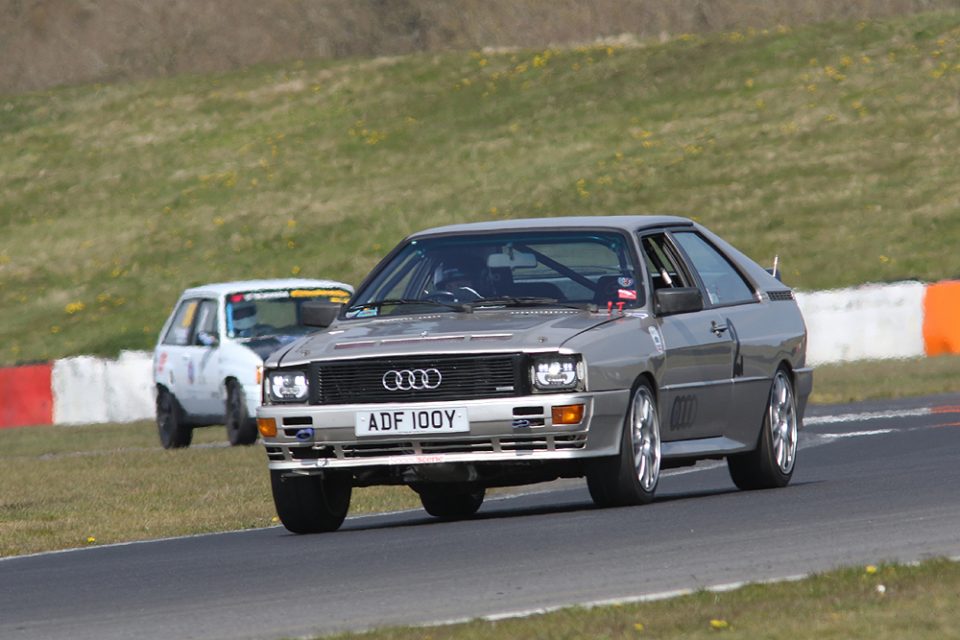 Other guest races during the day included two races for Heritage Formula Ford, both won by Max Esterson, two races for Classic Clubmans where the spoils where shared by Mark Charteris and Adrian Holey, and a 40-minute mini-enduro for the new Ecurie Classic Racing series which was won by the hard-charging Triumph TR4 of Allan Ross-Jones. 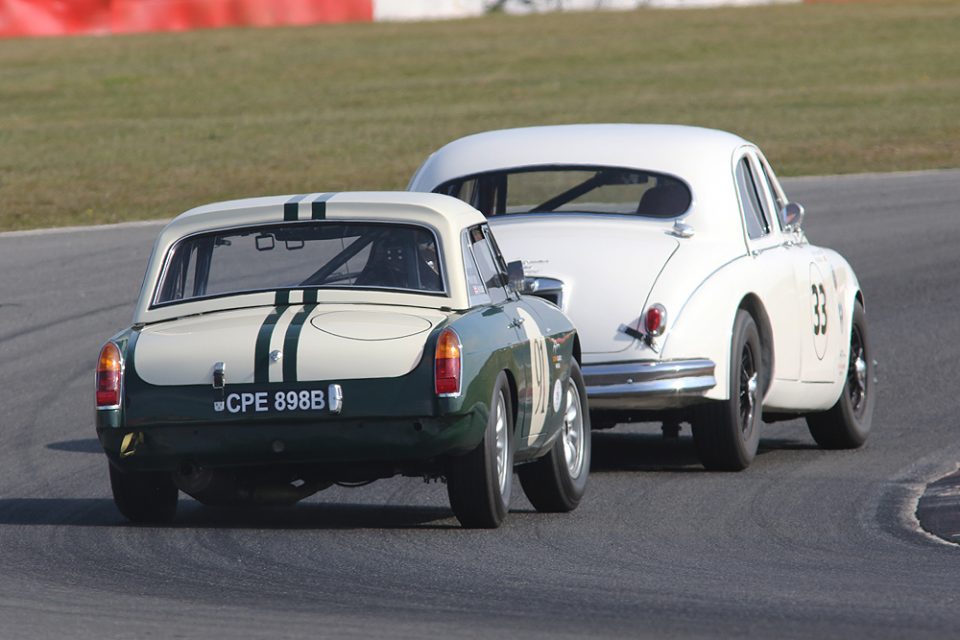 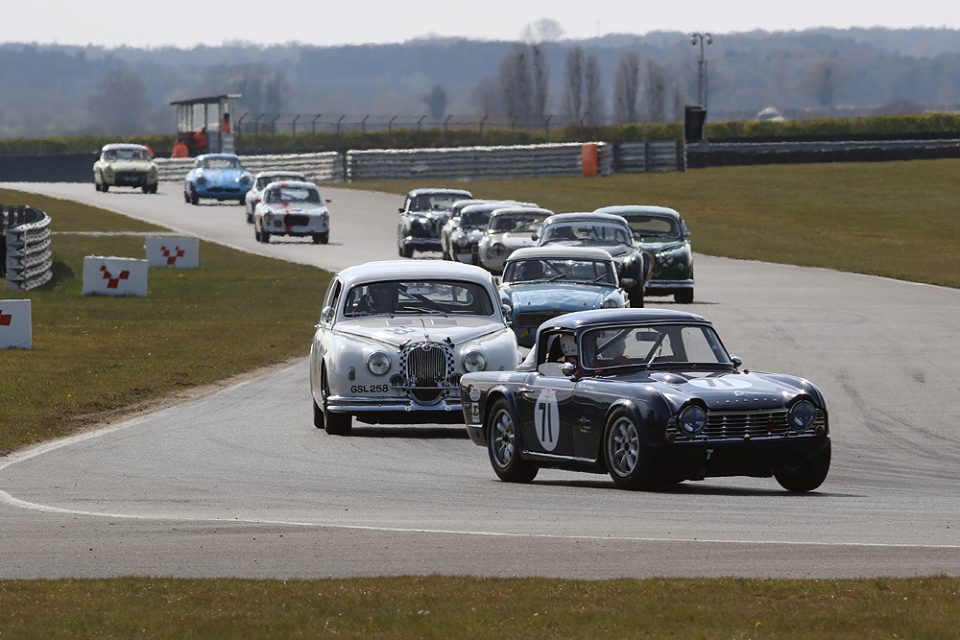 Our Website uses cookies to improve your experience. Please visit our Jackson five at HSCC Snetterton page for more information about cookies and how we use them.