This weekend’s sizzling Silverstone Classic (26-28 July) is looking to be the biggest and best yet – with so much scheduled we bring you a quick ‘must not miss’ guide to help you through this marathon classic motor racing festival. 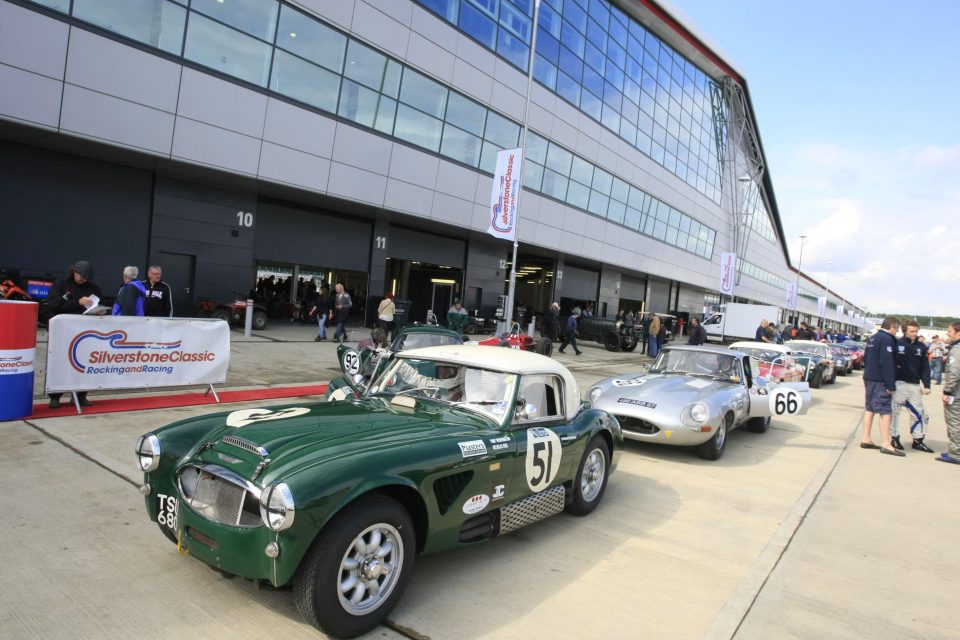 Here are our essential guide to – what NOT to miss…

Firstly – Saturday morning around 9.30am the ground is likely to start shaking and this will be the rumble of a capacity grid of 60 cars all 50s Sports car and Sports-racers on their rolling start. This is the start of the Motor Racing Legends, Stirling Moss Trophy and Royal Automobile Club Woodcote Trophy (normally run as two races) And, – Yes, before you ask – we’ll be in there somewhere look for a grey Healey 100 weaving through the pack!    For more of our grid analysis here..

Next up – Saturday lunchtime – 12.15 – You simply cannot miss the Royal Automobile Club Historic Tourist Trophy, a race for Pre 63 GT cars where the driver line-up reads like a who’s who of today’s top classic racing names, and so it should – given the immense history of this race and the winners in period. A win here is highly coveted, no less than 14 Jaguar E-types will have an eye on the big prize. It will be nail-biting to say the least! For more of our grid analysis here..

Saturday 14.00 – The Silverstone Classic Auctions Car Sale starts. Well worth a peek! Have a look at our auction preview of racers. 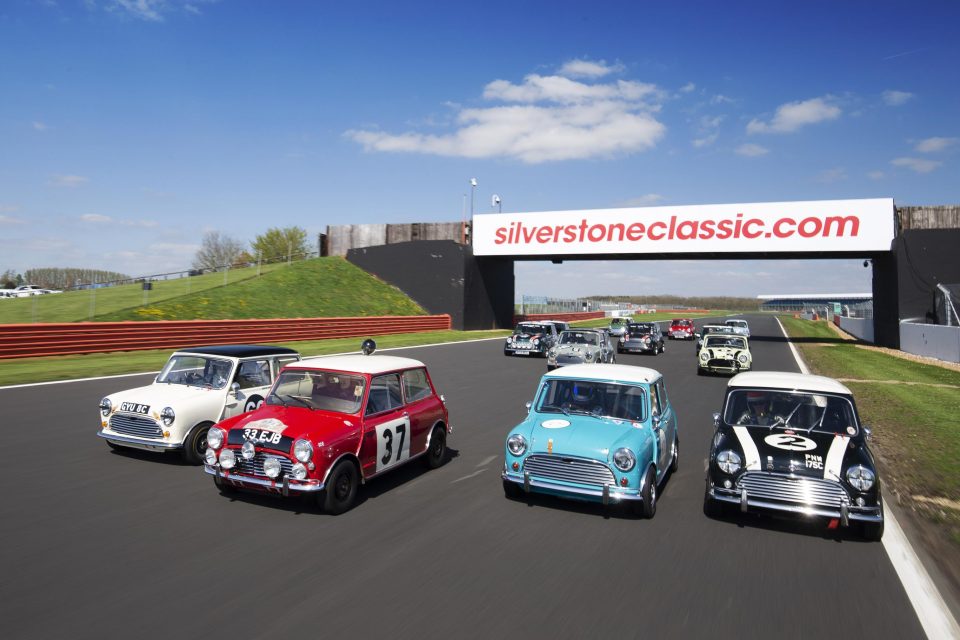 Saturday – 14.50 – To honour the 60th anniversary of the Mini, special dispensation has been agreed to start no fewer than 60 mechanically similar competition-prepared original Mini Cooper S icons from pre-1966.The magical milestone will be acclaimed, too, by an anniversary track parade on Friday led by Mini rallying legend Paddy Hopkirk in his 1964 Monte Carlo Rally winner. Adding to the celebrations a number of car clubs run by Mini enthusiasts will be out in force among the record number of 140 registered clubs, all contributing to this year’s massive event with huge infield displays of privately-owned classic cars.

Saturday – 15.55 – Sir Jackie Stewart is reunited with his Mastra MS80 for a 50th Anniversary for a high speed Demonstration all in aid of charity. Go carefully Sir Jackie!  (Repeated Sunday 15.05pm)

Saturday 18.00 – The Bentley Centenary Trophy with the Kidston Trophy. This year, the Motor Racing Legends, Pre-War Sports Car grid is celebrating the Bentley Centenary and there will be some brass band, pomp and parading to precede a huge grid of amazingly cool cars and a highly exciting race. Cannot wait to see this.  More grid analysis here 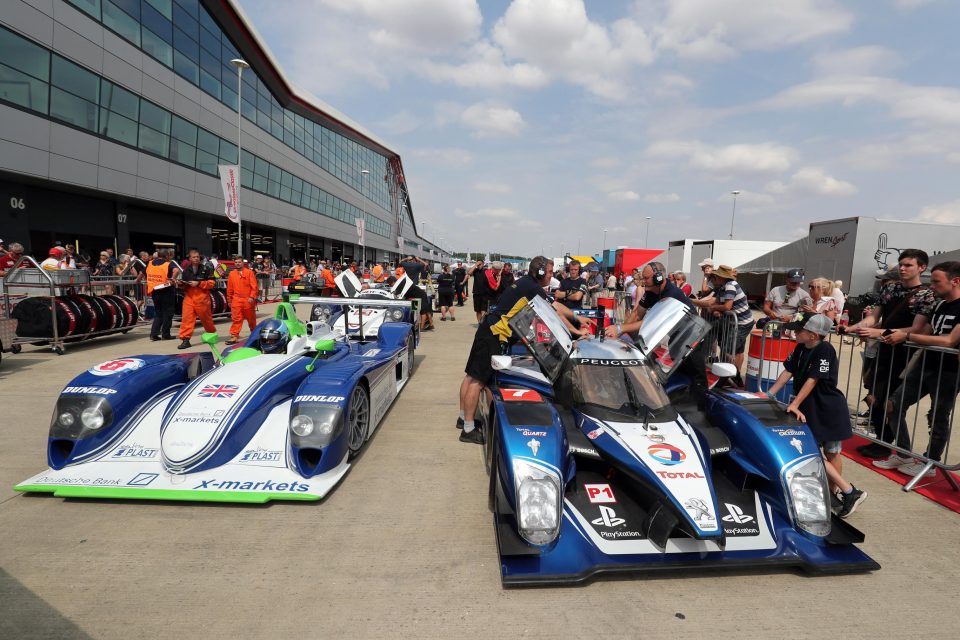 Saturday 20.15 – 21.15 – Live music starts from a band playing the music of Jimi Hendrix. Grab you air guitar and strum along!

This is just our must see list, but there is lots more including the exciting Wall of Death shows, a two-day Silverstone Auctions sale, 4×4 off-road rides, an interactive Autotest Challenge in Abarths, stage appearances by the wrapping kings from Yiannimize on Friday and Mike Brewer, the TV Wheeler Dealer, also taking to the stage over the weekend with his car clinics plus a feast of other attractions to amuse and excite those of all ages. 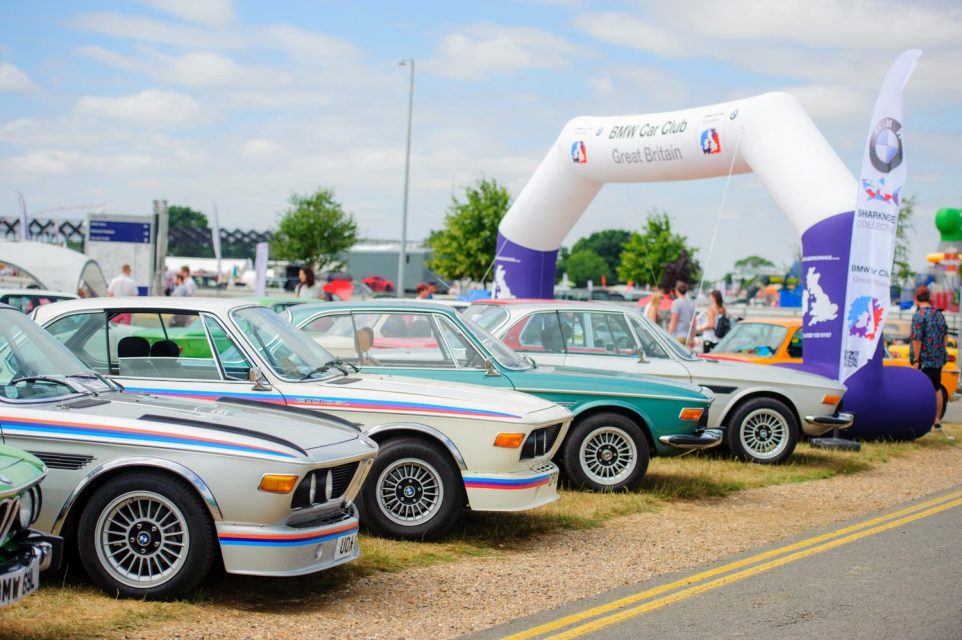 For kids there are Giant garden games, traditional funfair rides and mini golf to the chance for those aged over 10 (but under 17) to get their first driving experience behind the wheel of a Vauxhall Corsa courtesy of the Young Driver initiative. Budding young football stars, aged between 5-15, can prepare for the forthcoming soccer season, too, with Chelsea FC Foundation coaches in the Yokohama Chelsea Skills Zone.

On Friday evening there is a Fun Run around the track for those aged 16 and over in support of the event’s official charity, Alzheimer’s Research UK, raising funds for vital dementia research. It is a cause Sir Jackie Stewart will also be championing with his 1969 British Grand Prix winning Matra MS80-02.

Adult tickets start from just £45 and a wide range of child, young adult and family tickets are also available along with camping.

Buy Tickets here: Full details of all ticket prices are detailed on the silverstoneclassic.com website. 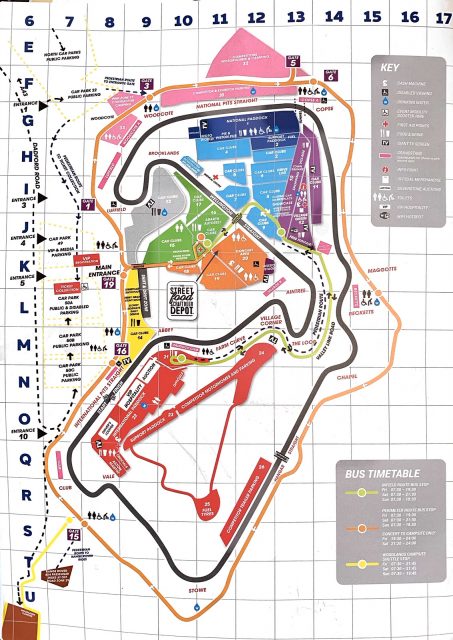 Our Website uses cookies to improve your experience. Please visit our Our Silverstone Classic – Essentials Guide page for more information about cookies and how we use them.