Silver Spitfire – The Longest Flight Takes to the Skies 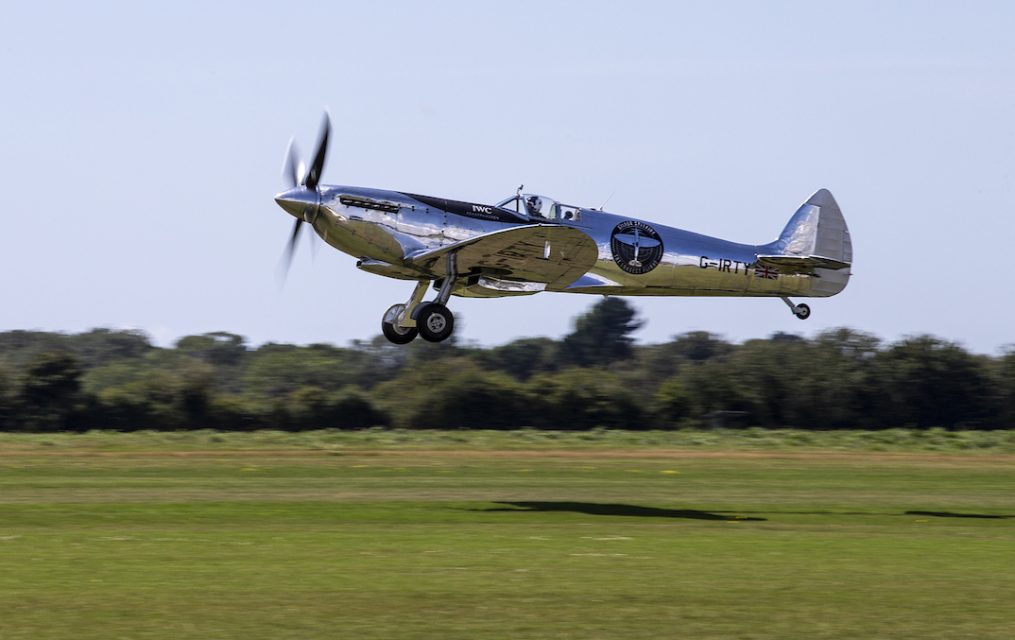 Earlier this week,Goodwood hosted the big send off to the IWC Schaffhausen and Boultbee Flight Academy sponsored ‘Silver Spitfire – The Longest Flight” expedition. More than 400 guests gathered at Goodwood Aerodrome to send off the carefully restored and polished Spitfire aircraft on its unprecedented flight around the world.

Over the last two years, more than a dozen specialists have worked to restore an original Spitfire Mk.IX aircraft, which was originally built in Castle Bromwich back in 1943. Following several successful test flights in July, the “Silver Spitfire” finally took off from Goodwood Aerodrome today, beginning its much-anticipated circumnavigation of the globe. Piloting the iconic British aircraft, on the first leg of its journey, is Matt Jones, co-founder of the Boultbee Flight Academy. 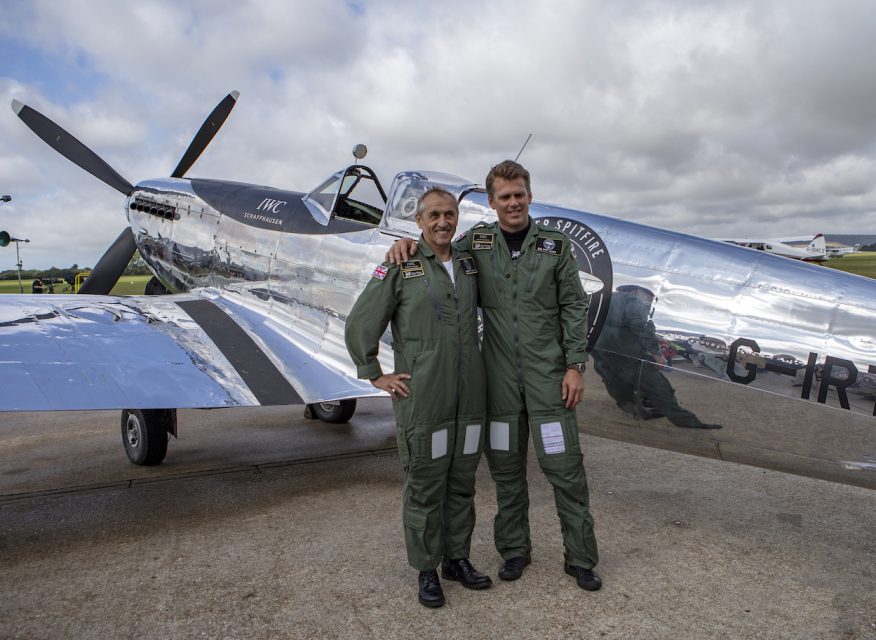 “I am excited to witness the start of the expedition,” said Christoph Grainger-Herr, CEO of IWC Schaffhausen. “Never in the history of aviation has a Spitfire embarked on such a long and arduous journey. I wish Steve Boultbee Brooks, Matt Jones and the entire ground crew every success.”

“The last few months have been intense, and full of activity. Now we’re thrilled that we can finally begin our great adventure and share the glory of the Silver Spitfire with the rest of the world. It’s a massive undertaking, and a huge privilege to be involved in such a project. Now it’s time to make history,” added Boultbee Brooks, before the departure. 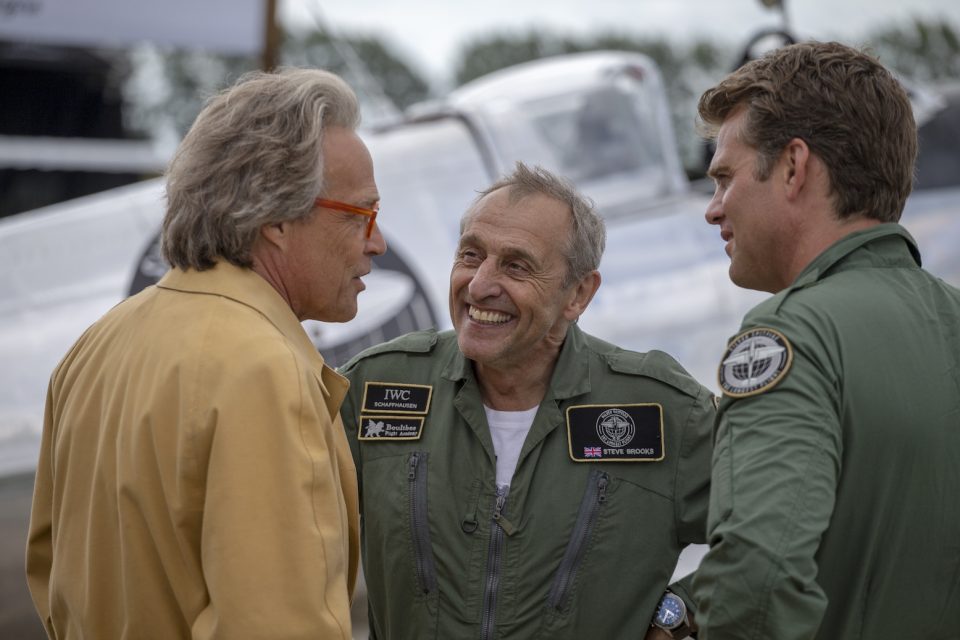 On Sunday evening, ahead of the flight, IWC hosted a private dinner with the two pilots and their crew at Goodwood House. Today, approximately 400 guests gathered on the Goodwood Estate for a big farewell party. The evening included live music, an air show and other attractions. Amongst the guests were Hollywood stars Rosamund Pike and Taron Egerton, former Formula 1™ driver David Coulthard, TV and radio presenter Dermot O’Leary, British actor Finn Cole and The Duke of Richmond.

The departure of the “Silver Spitfire” was preceded by a parachute drop by the RAF Red Devils and when the Silver Spitfire took to the skies, it was accompanied by a ceremonial escort of three two-seater Spitfires. 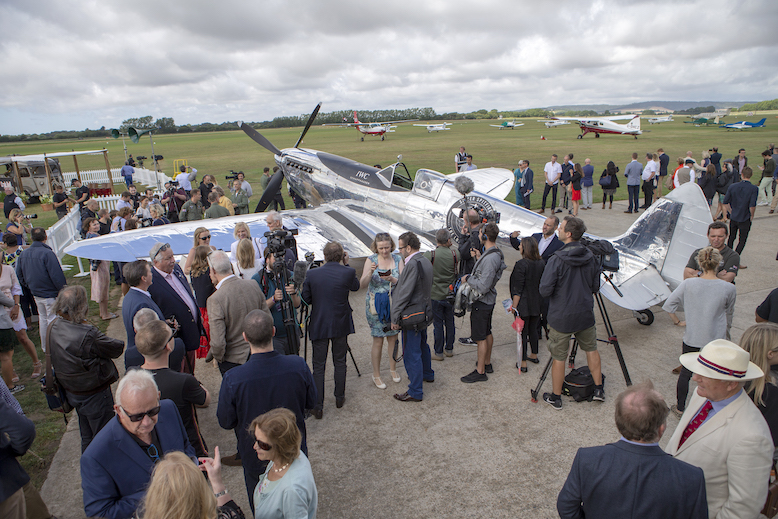 The Silver Spitfire will now continue its epic journey around the world, the two British pilots will cover more than 43,000 kilometres and visit 30 countries. The route will initially take them to Iceland, and from there to Canada and the USA. A total of approximately 100 flight segments will be needed to complete the mission from start to finish. During their journey through the different time zones, Boultbee Brooks and Jones will wear the Pilot’s Watch Timezoner Spitfire Edition “The Longest Flight” (Ref. IW395501). As the official watch of the expedition, this timepiece makes it possible to set the time to a different time zone by simply turning the bezel to the desired location.

Auto Addicts will be following their progress.

Our Website uses cookies to improve your experience. Please visit our Silver Spitfire – The Longest Flight Takes to the Skies page for more information about cookies and how we use them.