The opening day of the 2021 Salon Privé Week – Wednesday 1 September – was packed with model debuts from the world’s leading manufacturers, see our earlier post for all the juicy details. 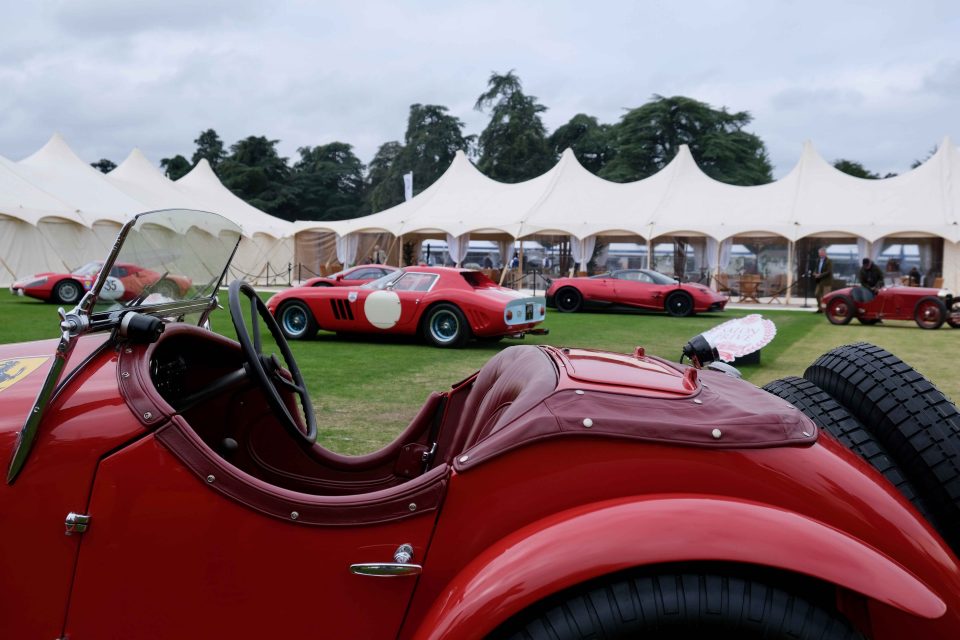 The hallowed turf of the Blenheim Palace cricket pitch showcased a brand-new feature for 2021 – The Red Collection – a  12-car display at the centre the sensational Ferrari 250 GTO. Chassis 4399 GT – raced in period by the famous Maranello Concessionaires team – was surrounded by cars covering more than 80 years of automotive history, including the 1932 Alfa Romeo 8C 2300 Monza Spider Zagato that won Best of Show in last year’s Salon Privé Concours d’Elégance. 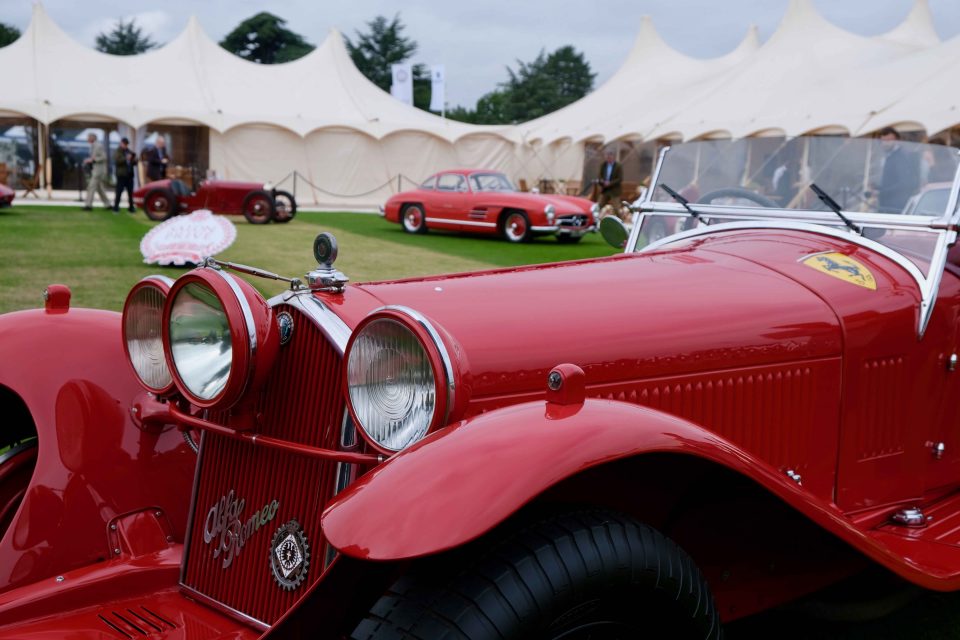 They were joined by a Maserati 250S that was driven in period by Juan Manuel Fangio and Stirling Moss, a Ferrari F40 that has covered only 2371km from new, a Mercedes-Benz 300SL ‘Gullwing’, and two Paganis in the shape of a Huayra Roadster and a Zonda F Clubsport. One of the most significant Ferraris of all time – the 166 MM that won the Mille Miglia and Le Mans 24 Hours in 1949 – was also part of the line-up, along with a Ferrari 275 GTB Competizione Clienti that was one of only 10 built. The show-stopping group was completed by an ex-Scuderia Filipinetti Porsche 904 Carrera GTS, a McLaren F1, and an Amilcar C6. 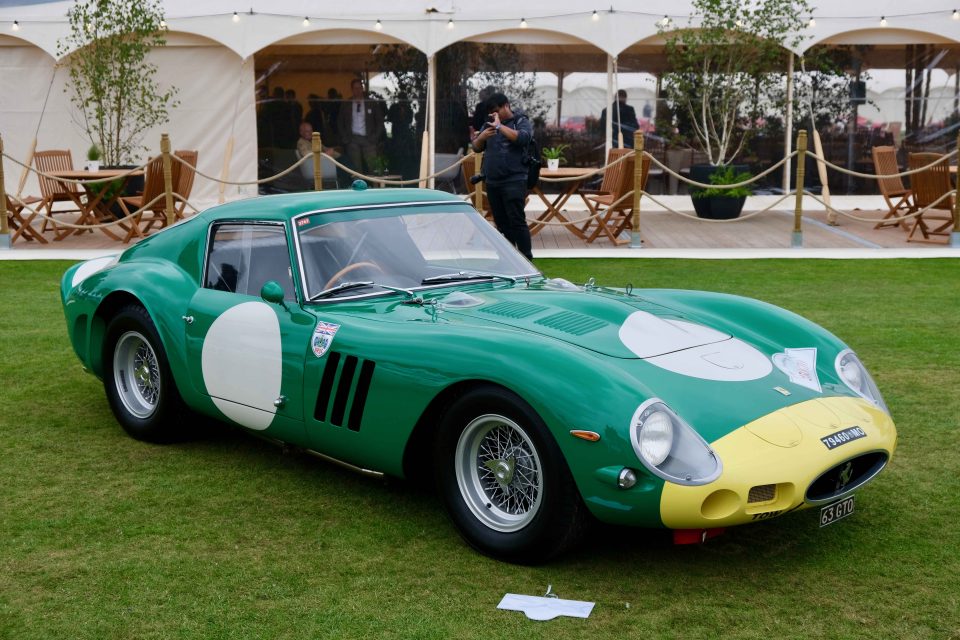 Chassis 4399 GT wasn’t the only GTO at Salon Privé. Taking pride of place in front of Blenheim Palace was 3767 GT, which was reunited with first owner David Piper on Wednesday afternoon. The British privateer bought the GTO new in 1962 and finished fourth overall on that year’s Tour de France, before heading to South Africa and winning the Kyalami Nine Hours. The reunion at Salon Privé was made even more special for being a family occasion – Piper was joined by his wife Liz, as well as his daughter and grandchildren, who proudly watched as he was interviewed with the GTO on the main stage in front of the palace.

Along with the unveiling of The Red Collection came the announcement of a brand-new Salon Privé event – ‘The Chelsea Edition’, which is set to take place from 21-23 April 2022 at the Royal Hospital Chelsea, home of the famous Chelsea Pensioners and world-famous RHS Chelsea Flower Show. With Salon Privé retaining its traditional September date at Blenheim Palace, the springtime London fixture will be the perfect way to bookend the motoring season. 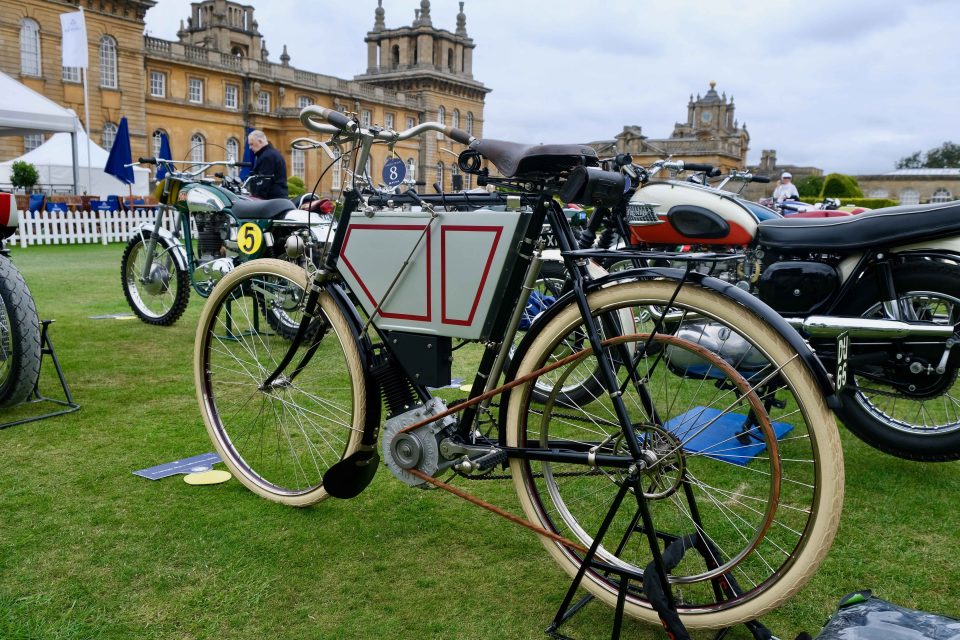 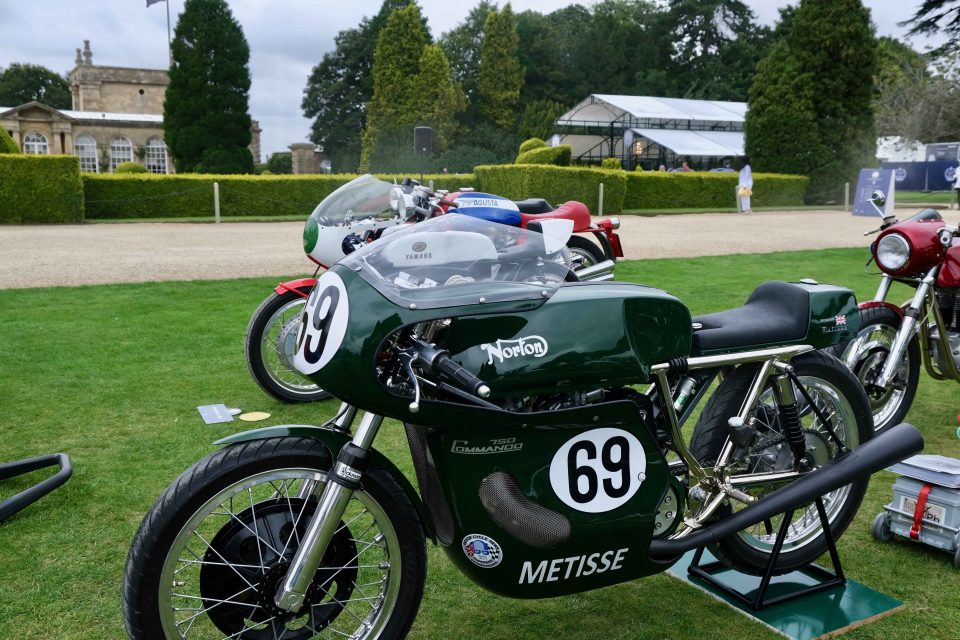 Wondering the lawns to view the 2021 Concours Show field, my favourites in the bike categories included fabulous 1901 Triumph 3/4 bhp Minerva, which won the Duke of Marlborough Award. 1969 Norton-Metisse Commando. (See above) 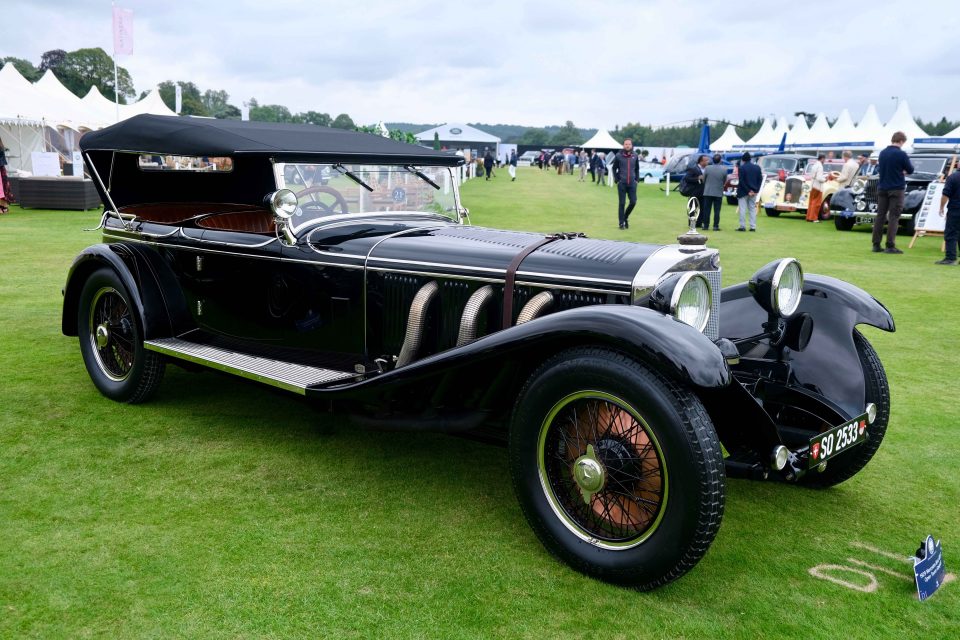 In the classic cars its the pre-war ones which really steal my heart and the 1929 Merces-Benz 680C S Open Tourer Gangloff was lustworthy but only received Runner Up status. The Czechoslovakian built 1946 Tatra T87 Aerodynamic Saloon was also wonderful to see up close, way ahead of its time in suspension and design. And I am pleased to see it won best in show of Post War Tourers.  I also loved the presentation of the 1955 Aston Martin Saloon Monte Carlo Rally car, I can see why it won the Peoples choice for Best in Show.   You can see the list of the complete winners here 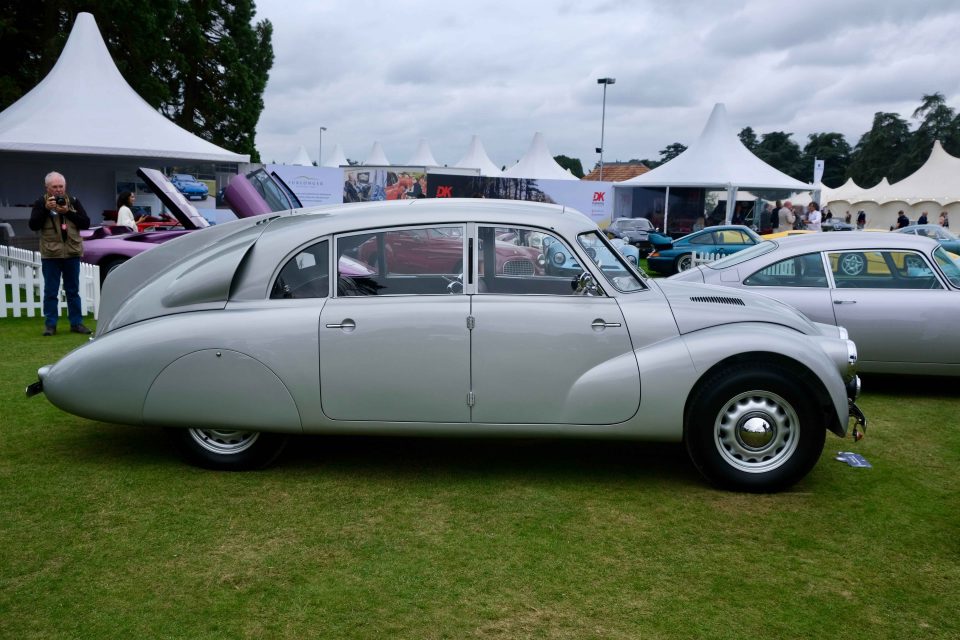 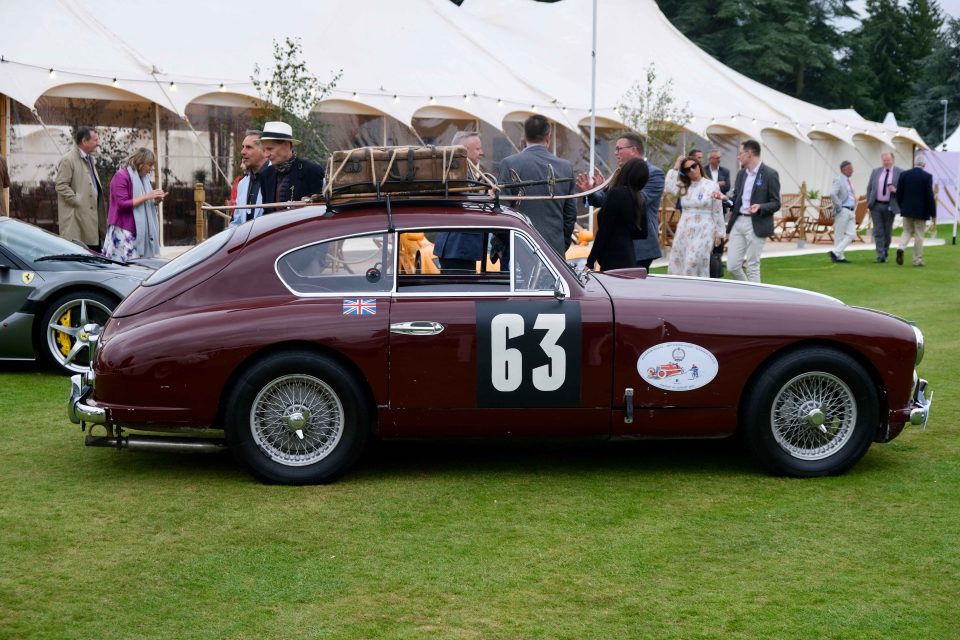 I was delighted to see the complete set of Rolling Bones Hot Rod cars exhibiting at Salon Prive in fact they even created a class and picked one as a winner.  But you will see all of these again at Goodwood Revival in a few weeks time, taking a lap or two of the hallowed ground as a demo before they all return to America. Fabulous cars all built in the same workshop in upstate New York, for Bonneville Salt Flat style Speed Trials and other Hot Rod events. 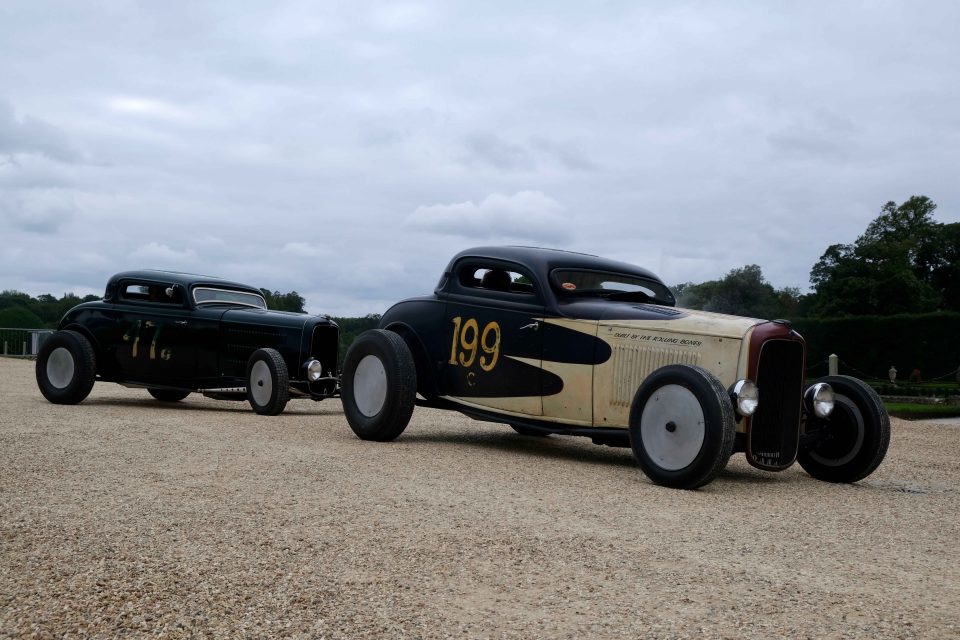 Other notable highlights are the celebration of Rally Giants line-up  curated display of the cars of Colin McRae and Richard Burns from the late 1980s. Plus an amazing line-up of Jaguar E-types to celebrate their Anniversary year, with some very special models, if you are a Jaguar fan you are in for a treat. 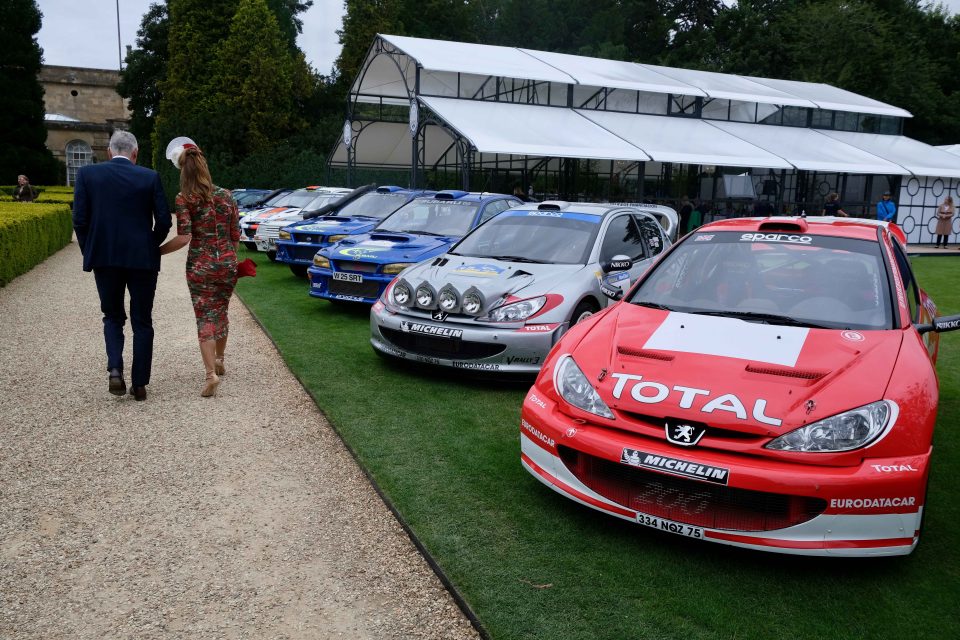 Our Website uses cookies to improve your experience. Please visit our Salon Privé – The highlights page for more information about cookies and how we use them.