Last weekend (2 November) Regent Street was transformed into the country’s biggest free-to-view motor show – an annual event that attracts close to half a million visitors. Victorian vehicles, the latest electric city cars and modern supercars were all lining the streets for the open air London Motor Show, hosted by Royal Automobile Club. 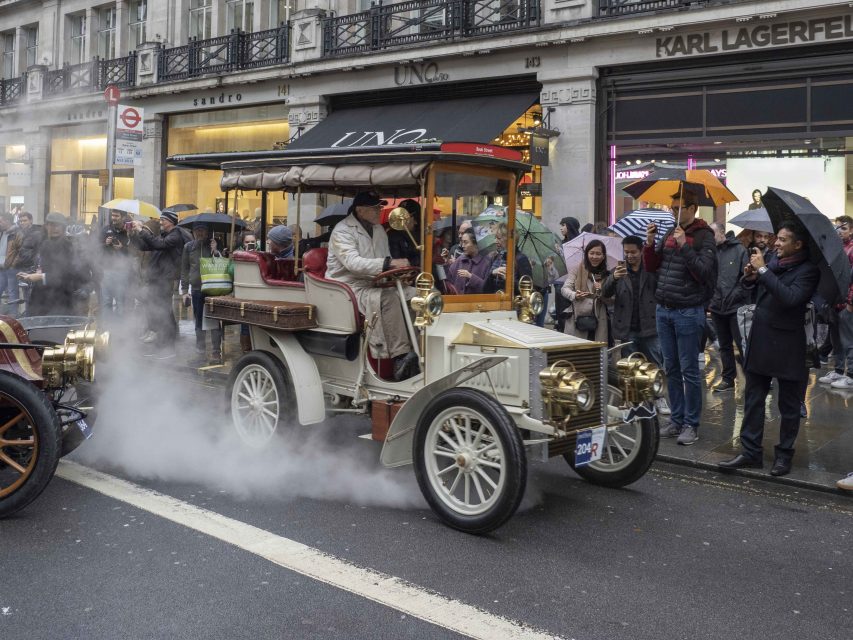 Also sharing the spotlight were more than 100 pioneering vehicles all built before 1905 many in period costume – were taking part in the annual Veteran Car Concours d’Elegance prior to setting off at dawn on Sunday morning for the pilgrimage from London to Brighton in the famous London to Brighton Veteran Car Run. 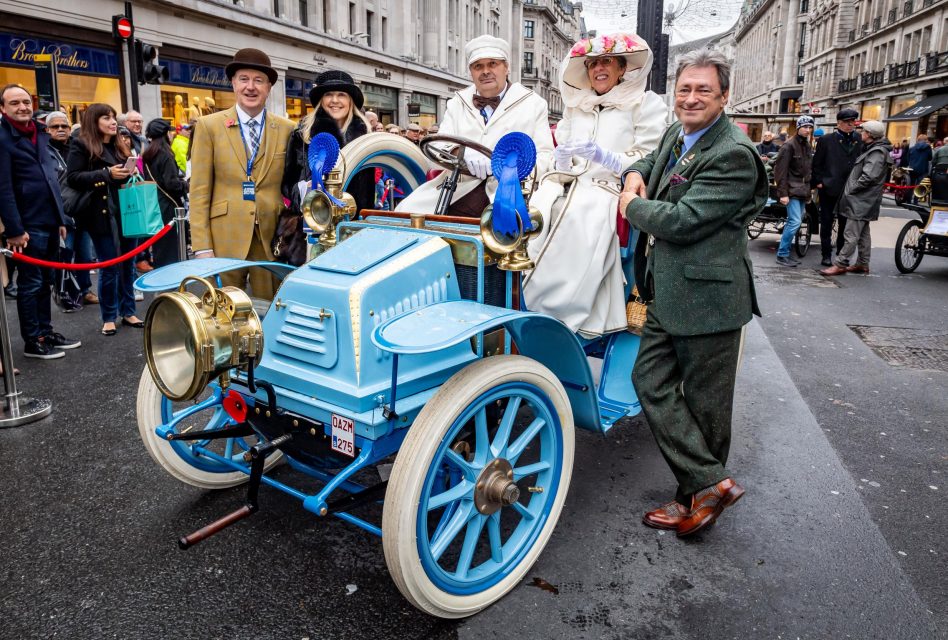 Among those judging the evocative veteran machines this year was renowned television gardener and classic car enthusiast Alan Titchmarsh who also hosted the awards ceremony. After much deliberation, the panel of experts awarded the Concours d’Elegance Overall Winner’s trophy to the 1904 Mercedes of Albert Eberhard from Portugal. 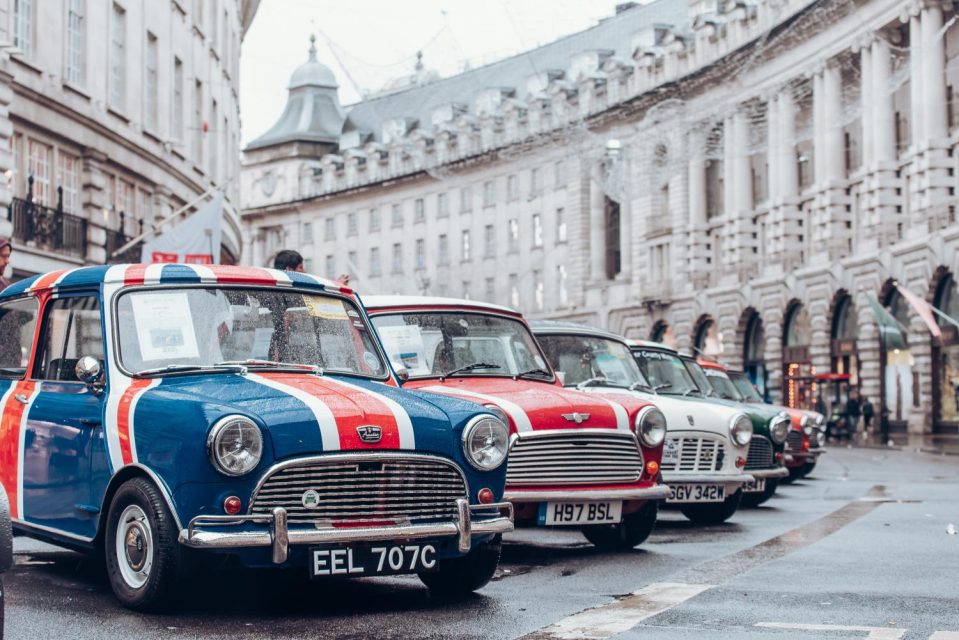 This beautifully maintained and superbly presented 6.8-litre, four-cylinder tourer was originally ordered for Emil Jellinek (the early automobile entrepreneur who named the Mercedes company after his daughter) but was then delivered to the American importer in New York City. It is a regular head-turner on the road to Brighton and caught the judges’ eye for its significance and exceptional all-round condition. 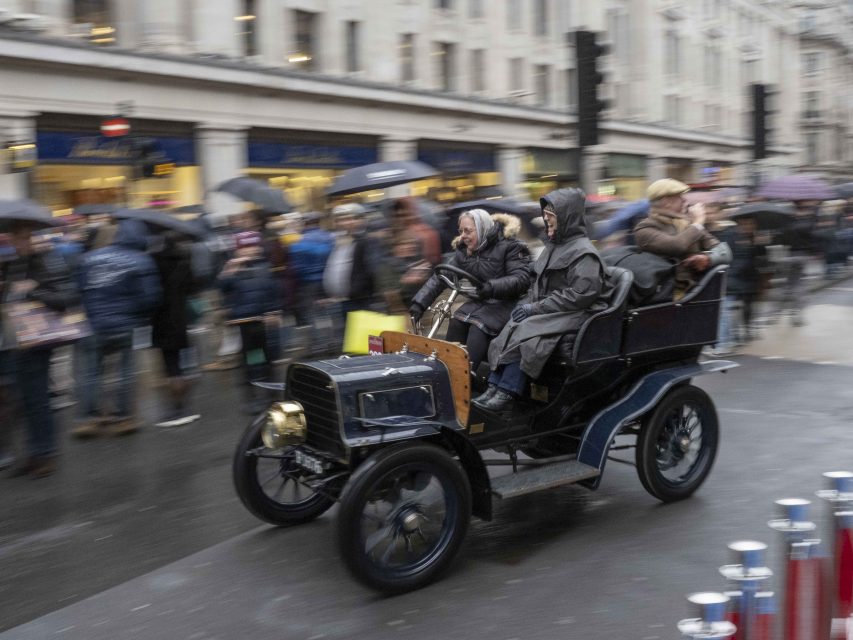 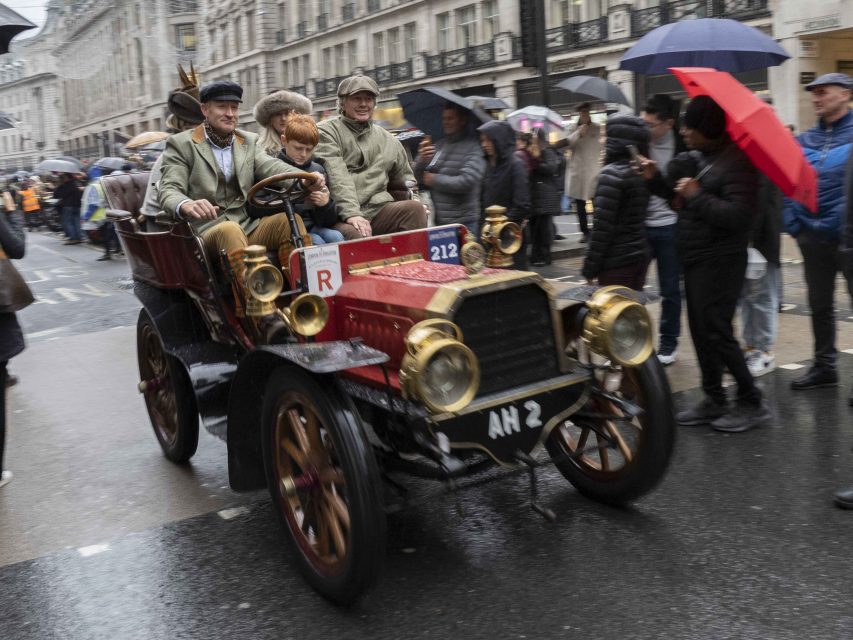 Our Website uses cookies to improve your experience. Please visit our Regent Street Motor Show page for more information about cookies and how we use them.