A retro-tribute race to the timeless Mobil 1 Twelve Hours of Sebring, which will be run for the 67th time this March, the Classic Sebring 12 Hour format featured each of the four Run Groups taking to the track four different times the past two days. 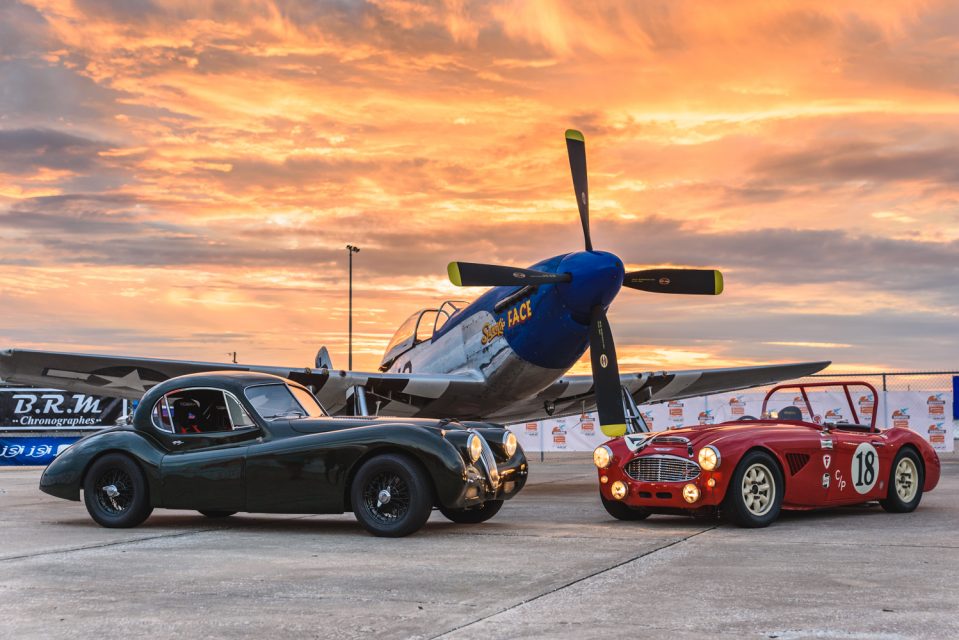 An off-track highlight was the now traditional “fly-in” and display of iconic military and civilian aircraft from the last half century and beyond, including a rare North American P-51D “Mustang” of Jim Lyons and a North American T6-G “Texan” that was flown to Sebring by Jon Rising. Both planes made their event debut in addition to a first-time appearance by a 1943 Boeing N2-S3 Stearman. Returning planes include a 1942 Vultee BT-15 Valiant piloted by Tom Smith and the similar 1943 Vultee BT-13 Valiant of Bryce Bock, a 1941 Beechcraft C-45, 1955 Beechcraft T-34B Mentor, 1962 Piper U-11A Aztec, 1956 North American T-28C Trojan and 1973 British Aviation LTD Bulldog. 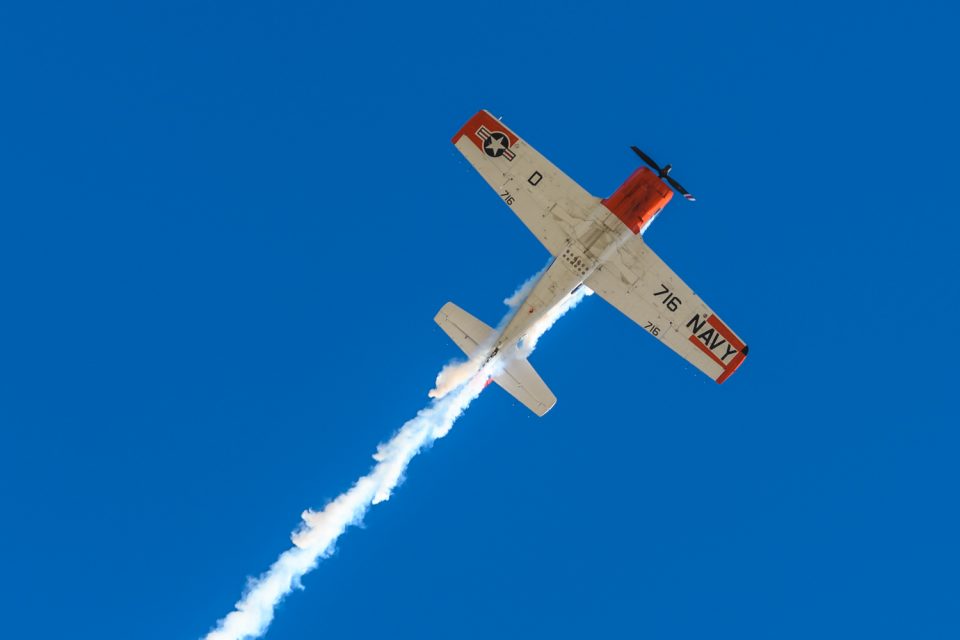 Saturday’s schedule included the first three 42-minute rounds for each Group – appropriately within the span of a 12-hour period – while the fourth and final segment races Sunday determined the overall winners.

Group A was controlled from the start by a pair of McClendon International Lolas that scored a one-two group finish and all four segment wins.

Toni Seiler drove the 1969 No. 77 Lola T70 to the overall Group A win that was fueled in part by first-place finishes in Rounds 1 and 3. The victory finally put Seiler, a regular “HSR Classics” competitor from Switzerland, on the top step of the Sebring podium after finishing second in Group A in the previous runnings of the HSR Classic Sebring 12 Hour in 2016 and 2017. 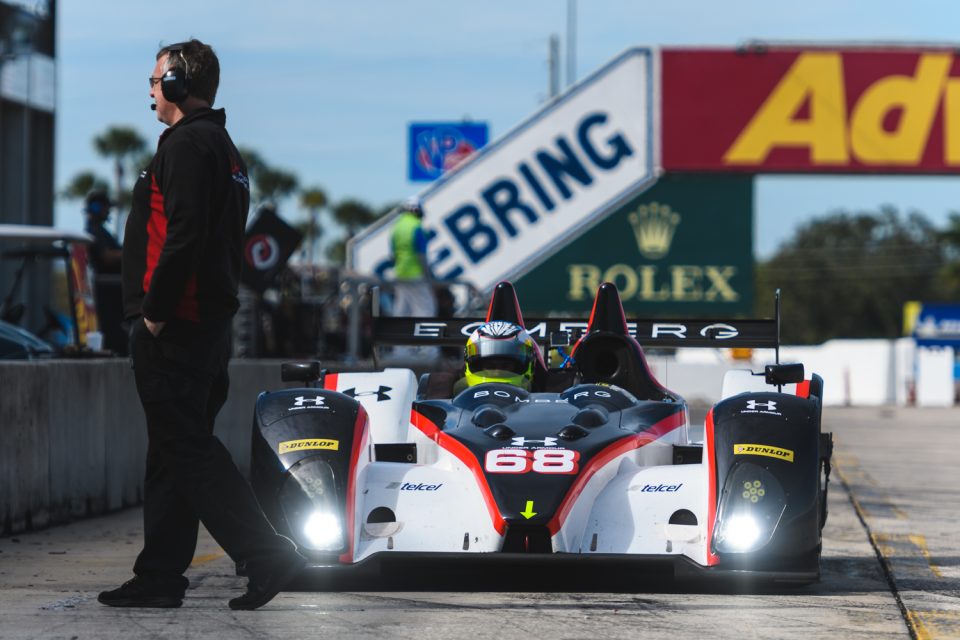 The McClendon International sweep was completed by the second-place 1969 No. 127 Lola T165 of Italian driver Mauro Casedei and Seiler’s Swiss countryman Andy Feigenwinter. The No. 127 won Rounds 2 and 4, leading the No. 77 to the line in both segments, but in the end Seiler had enough overall pace to maintain first place throughout the race. The Lolas were the only competitors in Group A to complete a total of 68 laps. 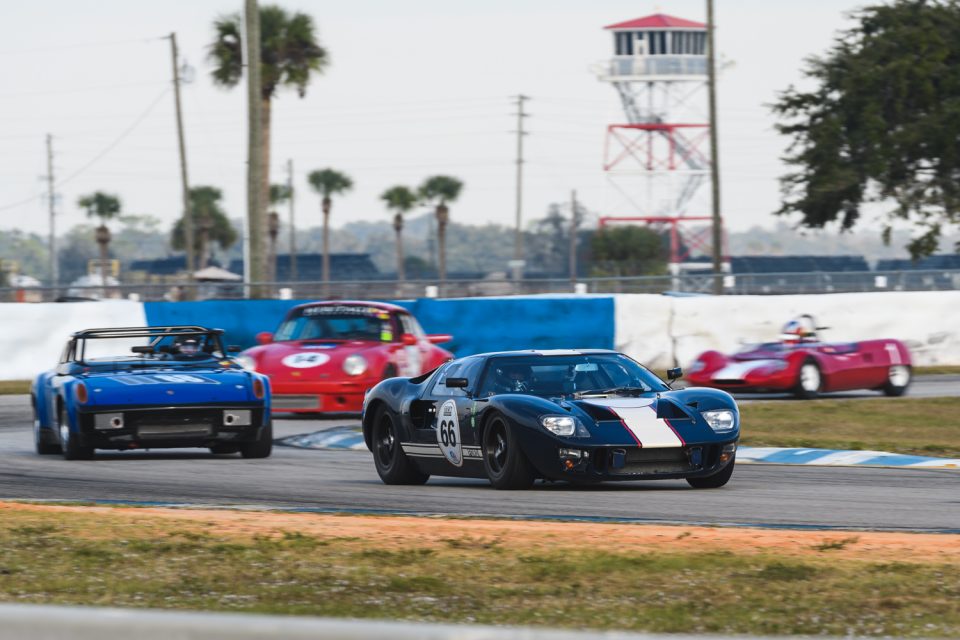 Third-place went to the British-based 1965 No. 66 Ford GT40 of Karsten LeBlanc and Christopher Milner while the Cobra Automotive 1965 No. 69 Ford Mustang 2+2 of Adam Lindemann and Jim Pace was fourth, the highest-finishing GT car in Group A.

The Group B victory went to the Phil Reilly Co. 1974 No. 26 Chevron B26 of Gray Gregory and Randy Buck that rebounded from an early-weekend hit from another competitor for their first HSR Classic Sebring 12 Hour race win.

The No. 26 team initially battled with the similar Chevron of John Harrold, Ryan Harrold and Kevin Wheeler who saw their chances for a third-straight HSR Classic Sebring 12 Hour win in the Team Mean/KMW Motorsports No. 94 entry end in Round 2.

After winning Round 1 and leading the second segment, the No. 94 Chevron ironically suffered electrical issues similar to what knocked Gregory and Buck from contention in last year’s HSR Classic Sebring 12 Hour.

After the Harrolds and Wheeler retired, the biggest threats the No. 26 team faced came from some quick GT entries. 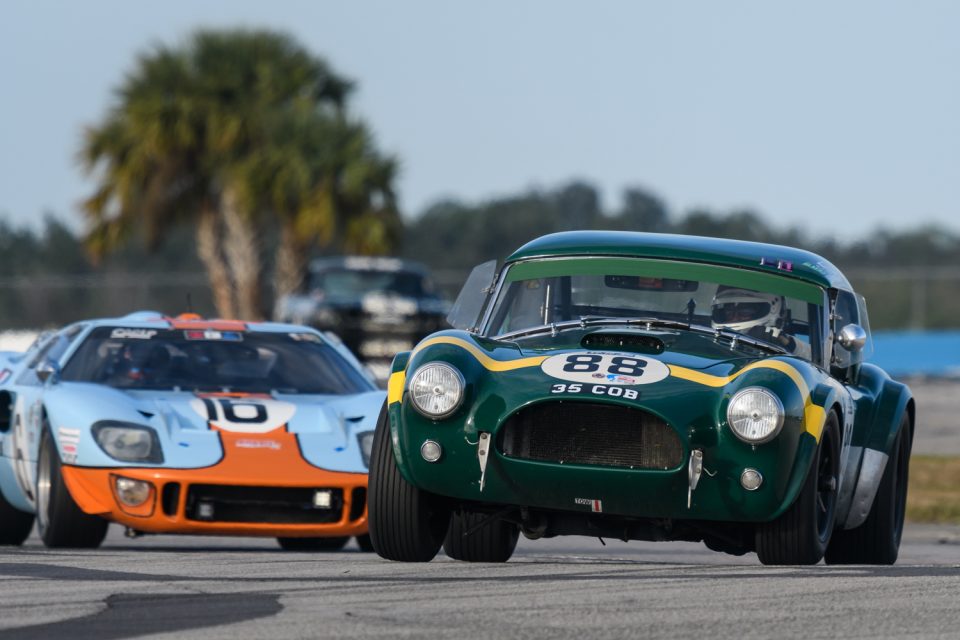 Swiss driver Alain Rüede kept his 1982 No. 21 Chevy Camaro IROC on the lead lap the entire race, joining the winning Chevron as the only Group B competitors to complete 68 laps.

Rüede finished second overall and took GT class honors while second in GT and third overall in Group B for the second-straight year was Todd Treffert in his Speedconcepts 1974 No. 141 Porsche 911 IROC.

Leading the majority of last year’s race only to slip to second in the final segment, Reisman convincingly held first place for the entirety of this weekend’s HSR Classic Sebring 12 Hour. He led the standings for all four segments to take the victory despite serious challenges from several potent prototypes.

Second place went to the GMT Racing 2005 No. 2 Audi R8 LMP of Travis Engen while Tommy Dreelan and Aaron Scott were a close third in their Sebring debuts in the Celtic Speed 2009 No. 68 Oreca FLM09 “PC” car. The podium trio all completed 70 laps.

The top GT finisher in Group C was the Steve Cohen and Ray Snowdon driven Sundry Racing 1995 No. 5 Oldsmobile Aurora GTS. Cohen and Snowdon co-drove the Aurora to an overall Group victory in last month’s HSR Classic Daytona presented by IMSA and backed it up with the GT win and sixth-place overall Group C finish this weekend in the HSR Classic Sebring 12 Hour.

The Group D battle was the most competitive of this year’s HSR Classic Sebring 12 Hour with a different leader on top of the charts in each of the four segments.

The leader up front when it counted was Wisko Racing Enterprises driver Nigel Greensall – who co-drove to a Classic Sebring 12 Hour Group A win last year in a 1966 No. 96 McLaren M1b – and his 2018 co-driver Gary Ball. 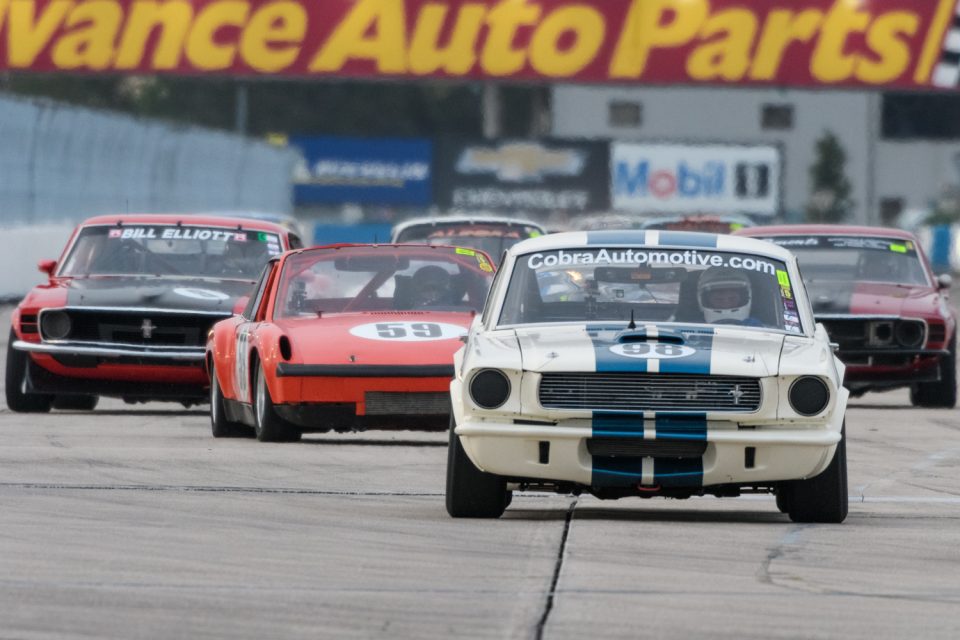 After a trio of Porsche GT3 Cup entries split the first three segment wins, Greensall made up a more than 30-second deficit in Round 4 to steal the Group D victory by a scant 1.743 seconds in the No. 67 Radical SR3. 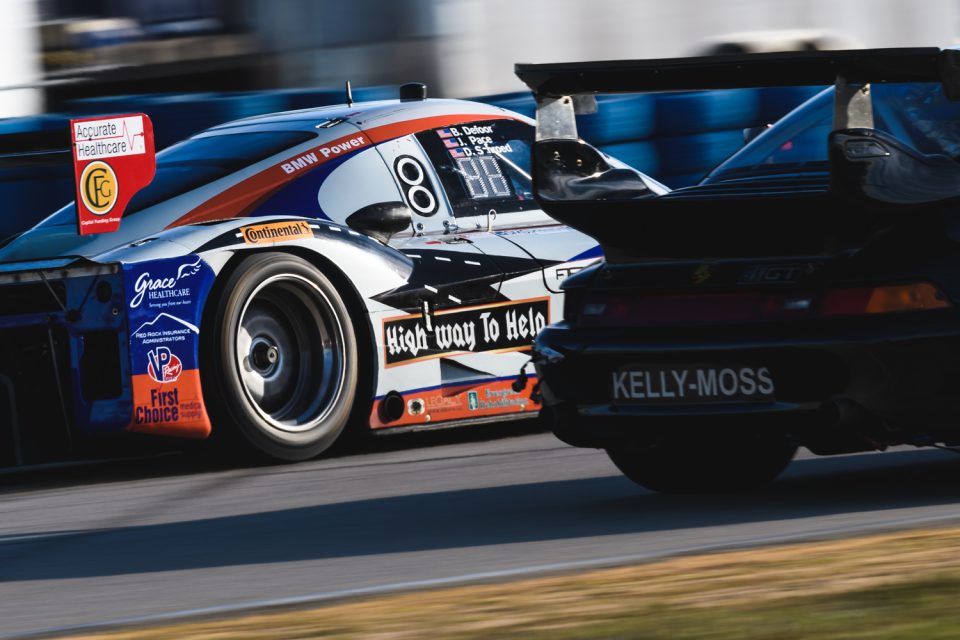 The podium trio all completed 70 laps, as did Round 2 winner and fourth-place finisher Robert Ames in his Boulder Classics 2004 No. 99 Porsche 996 GT3 Cup. 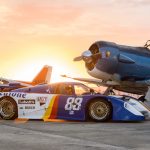 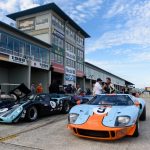 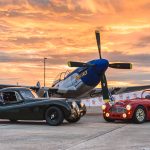 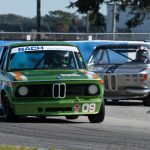 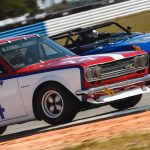 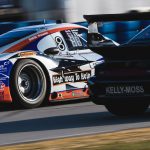 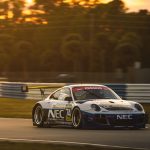 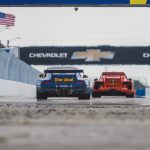 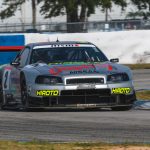 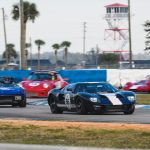 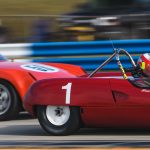 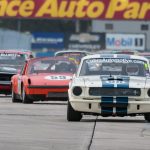 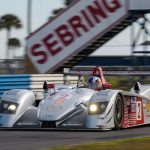 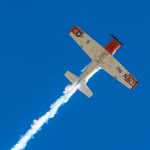 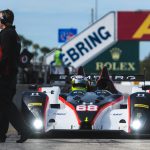 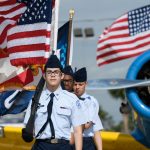 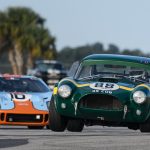 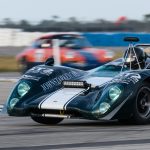 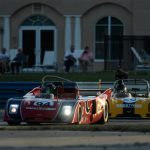 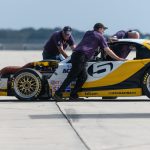 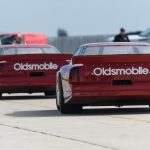 HSR’s 2019 schedule is available now, and once again includes the Classic Daytona 24 hour event and Classic and the Classic Sebring 12 Hour.

Report and photographs courtesy of HSR. For more information, including next year’s schedule, visit www.HSRRace.com. HSR photo galleries can be found at www.sparkplugsociety.com

Our Website uses cookies to improve your experience. Please visit our HSR Classic Sebring 12 Hour page for more information about cookies and how we use them.