A celebration of the life of John Surtees CBE 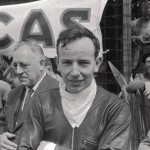 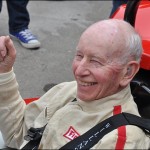 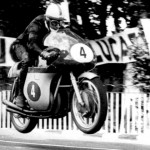 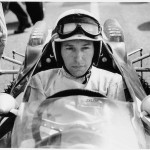 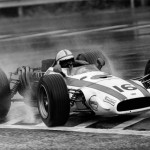 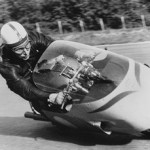 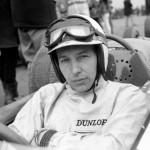 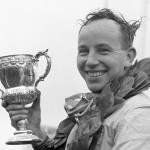 It is with great sadness we report that Motor Racing Legends John Surtees CBE died on Friday 10 March, at St Georges Hospital in London.

John, 83, was admitted to St Georges Hospital, London in February with an existing respiratory condition and after a short period in intensive care he passed away peacefully on Friday afternoon. His wife, Jane and daughters, Leonora and Edwina were by his side.

John was a loving husband, father, brother and friend. He was also one of the true greats of motorsport and continued to work tirelessly up until recently with The Henry Surtees Foundation and Buckmore Park Kart Circuit.

The family statement commented  “We deeply mourn the loss of such an incredible, kind and loving man as well as celebrate his amazing life. He has set a very real example of someone who kept pushing himself at his peak and one who continued fighting until the very end.”

“We would like to thank all the staff at St George’s Hospital and The East Surrey Hospital for their professionalism and support during this difficult time for us and Thank you also to all of those who have sent their kind messages in recent weeks. Funeral details will be announced in due course.”

In an extract from Auto Addicts contributor Johnny Tipler’s book ‘Porsche Carrera’ where he interviewed John Surtees we pay tribute to a great and gentle man who will possibly be the only man ever to win a world championship on both two and four wheels.

Surtees’ father Jack was an amateur racer and bike dealer, three-times British motorcycle sidecar champion, and supported his son’s two-wheel career when it took off in the early ’50s with Norton. Moving to MV Agusta between ’56 and ’60 he took seven World titles in 300cc and 500cc categories. He also won the Isle of Man Senior TT three years running. Racing on four wheels from 1960, he showed his form by winning first time out in a Tyrrell F-Junior Cooper and placed 2nd in that year’s British GP for Lotus, switching to Cooper, then Lola, and Ferrari for 1963, galvanising the team with his technical input and winning the 1964 F1 World Championship. He came back from a terrible accident in a Can-Am Lola in ’65 to lift the Can-Am crown the following year. A startline row at Le Mans with Ferrari team manager Dragoni after wins at Spa and Syracuse, plus the Monza sportscar enduro, caused Surtees to walk out mid-season. Revenge was sweet with 2nd at the Nürburgring and a win in Mexico for the last-gasp Cooper-Maserati squad. Given his two-wheel background it was fitting that he took Honda into F1 for the first time in ’67, triumphing at Monza (in Ferrari’s backyard) in the Lola-developed Honda RA300 V12 chassis. After a couple of inconclusive seasons (not to say, disastrous, with BRM in 1969), Surtees followed fellow pilots Brabham, Gurney and McLaren down the constructor’s route mid-1970 and formed his own F1 squad. Big John relinquished the driving seat to fellow bike ace Mike Hailwood, who duly won the prestigious 1972 European F2 title in the Matchbox-sponsored Surtees TS10. Though his cars shone in F-5000 and F2, Surtees chassis were rarely front-runners in F1 and their disillusioned proprietor quit the sport in 1978. Though he was awarded an OBE in the 2008 Queen’s birthday awards, most people think a Knighthood was long overdue, though others believe Big John was above such things. Sadly, he is now.

To read the full interview, you can read it on P44, of Johnny Tipler’s Porsche Carrera Book.

Our Website uses cookies to improve your experience. Please visit our A celebration of the life of John Surtees CBE page for more information about cookies and how we use them.